The radical and innovative Daido Moriyama.

Photography is the act of “fixing” time, not of “expressing” the world. The camera is an inadequate tool for extracting a vision of the world or of beauty. Daido Moriyama. 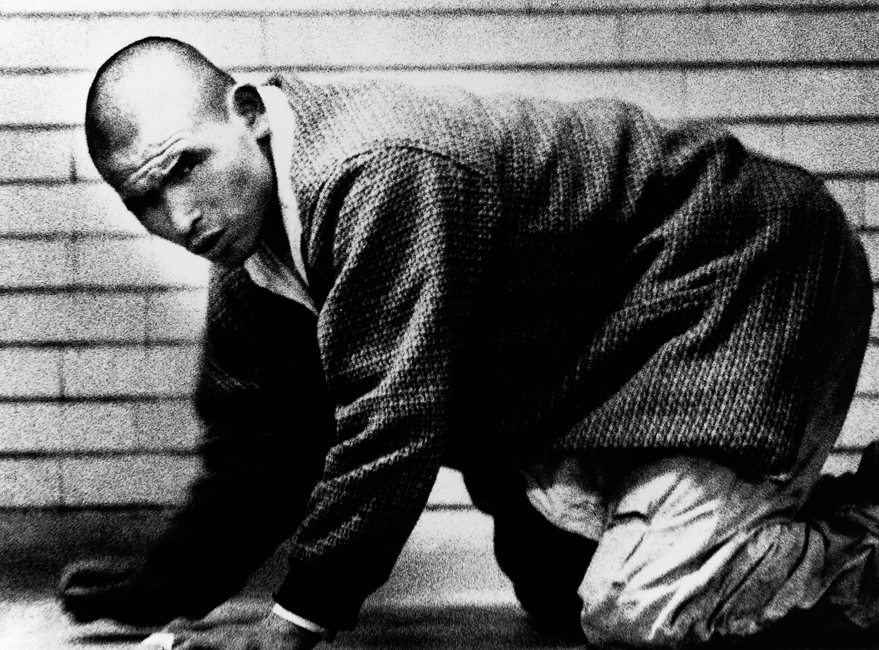 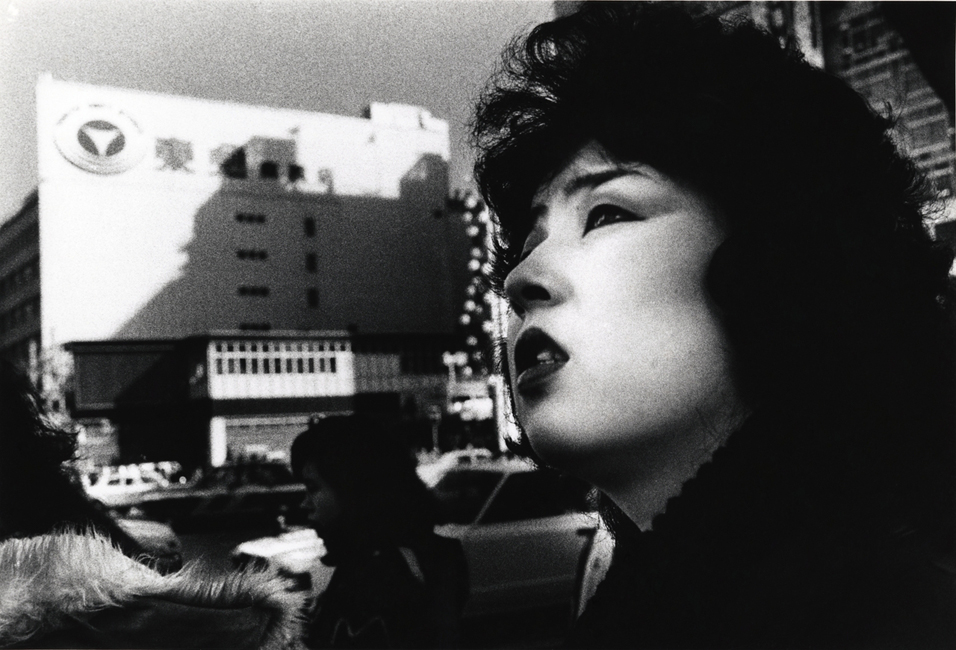 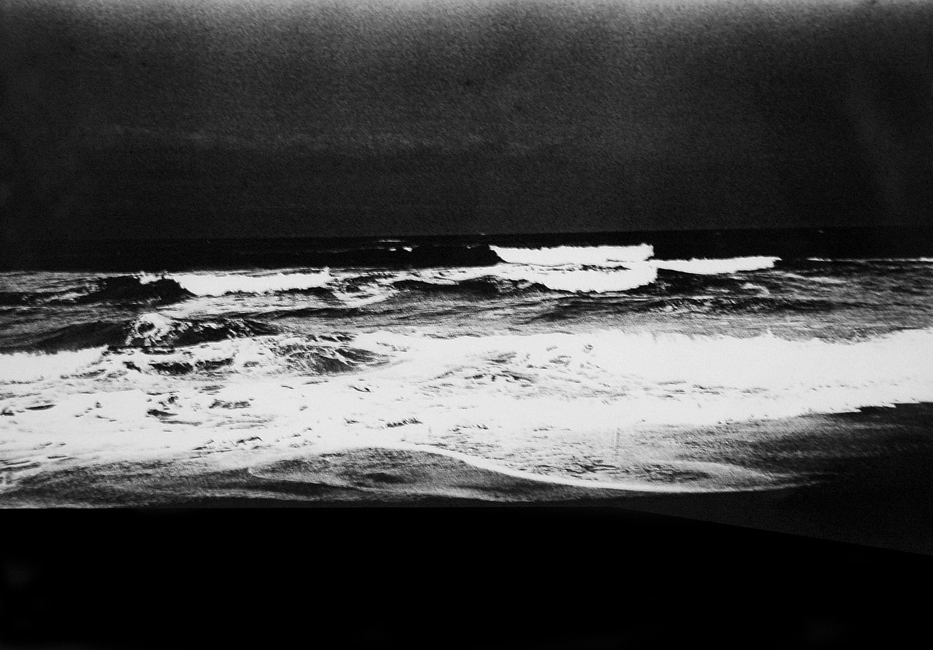 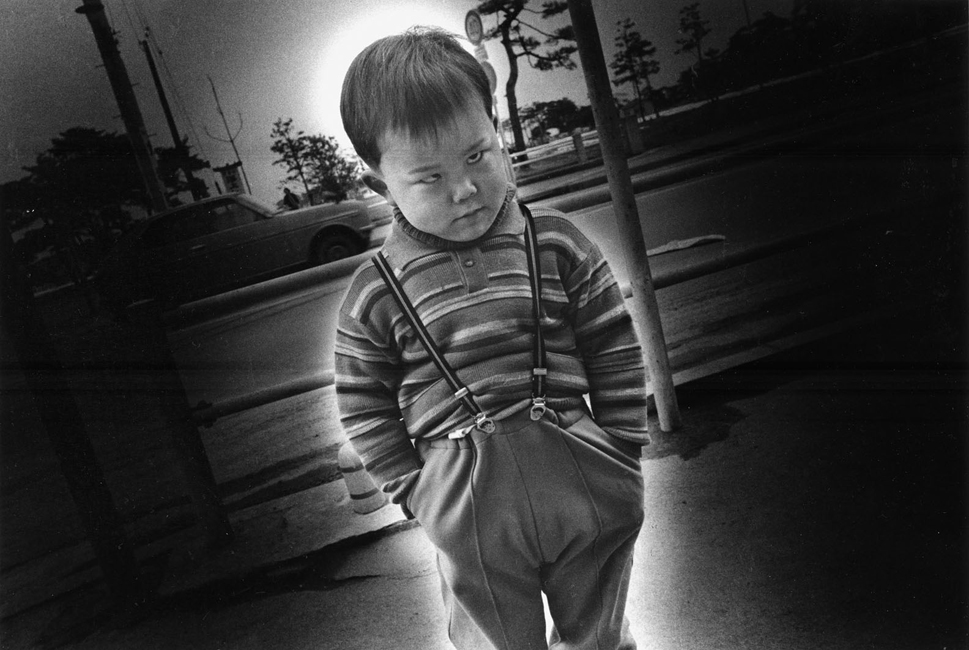 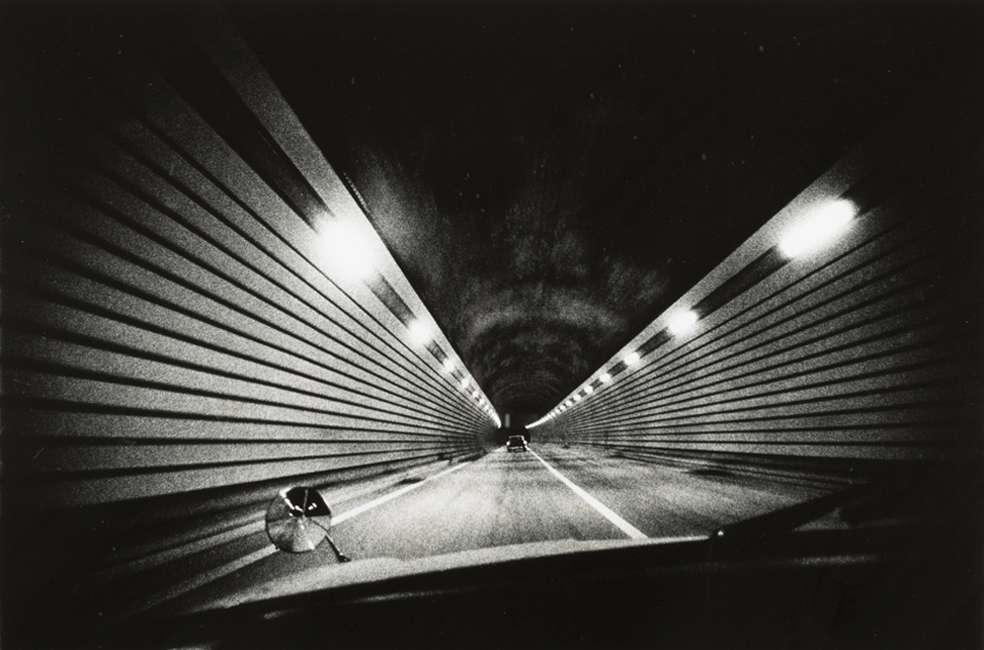 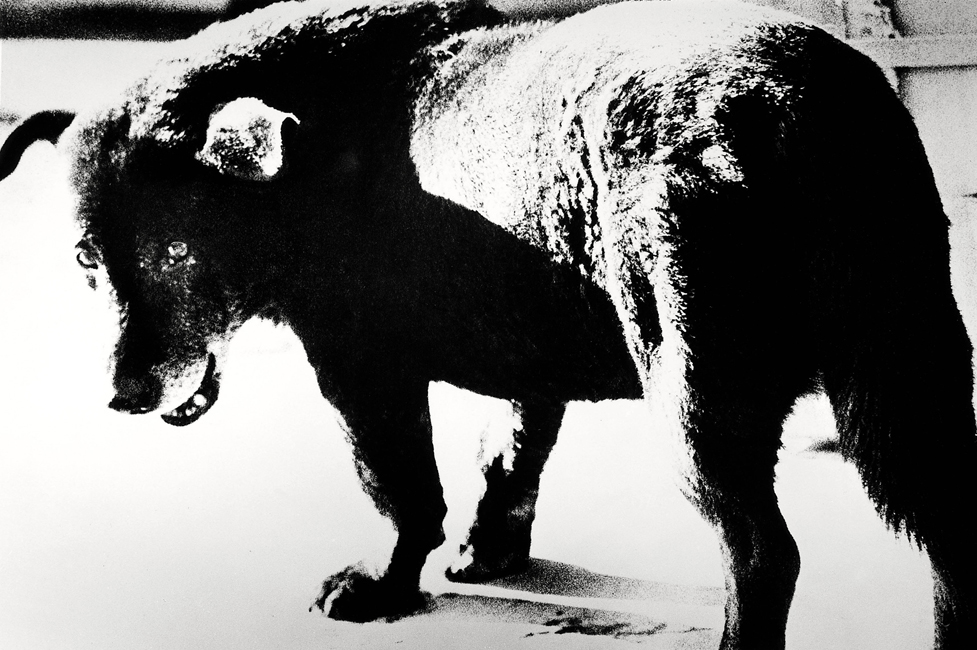 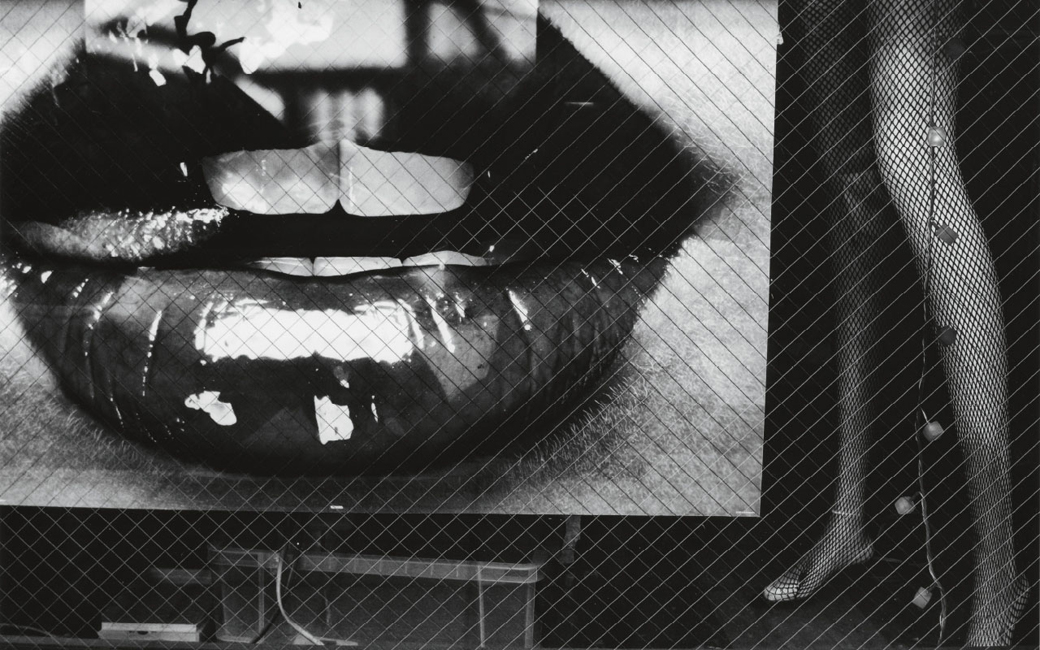 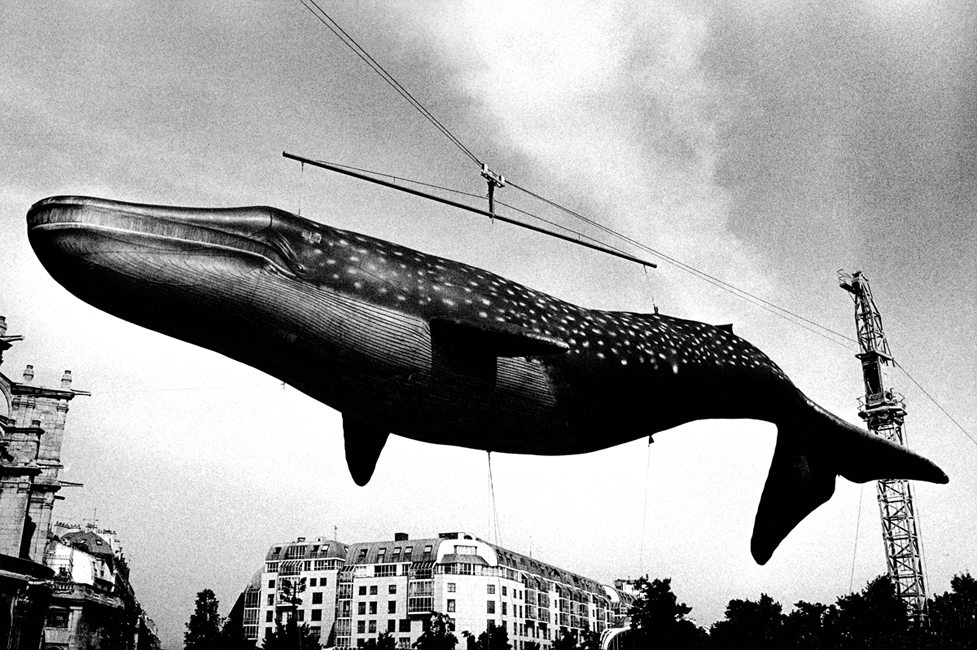 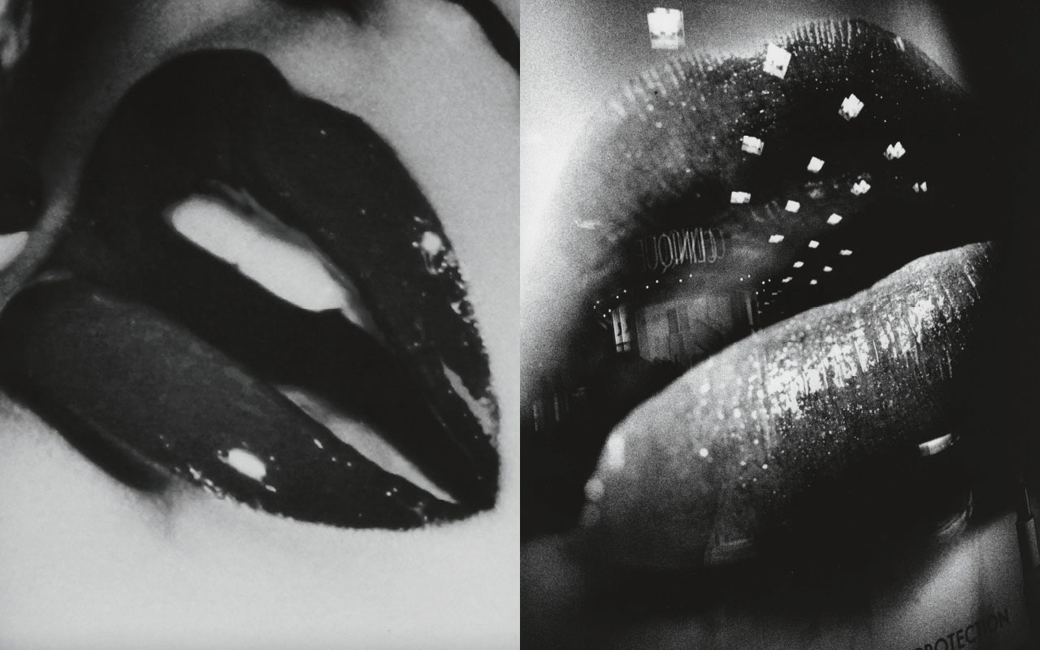 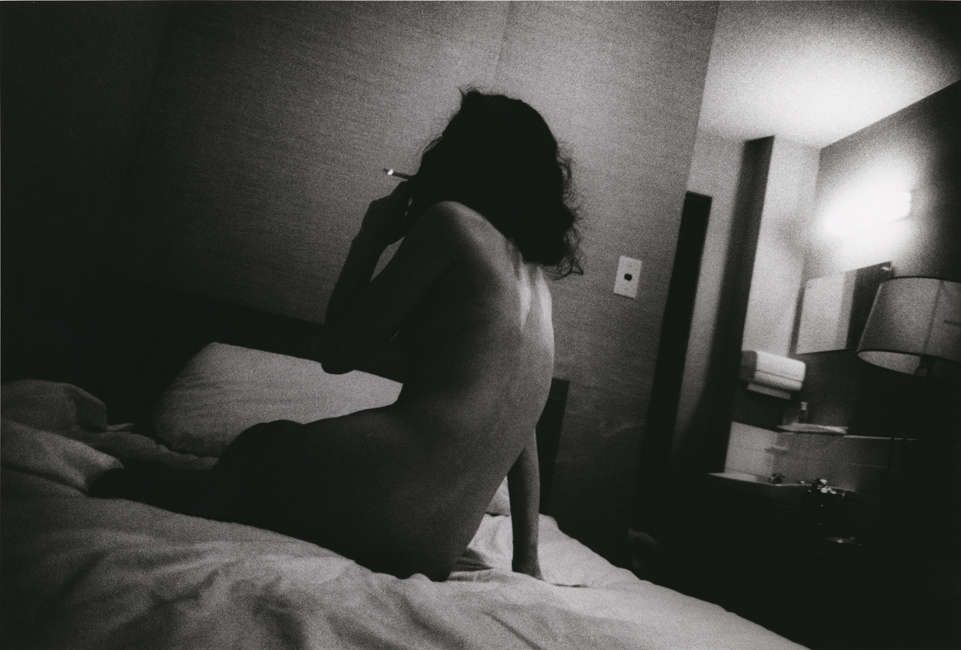 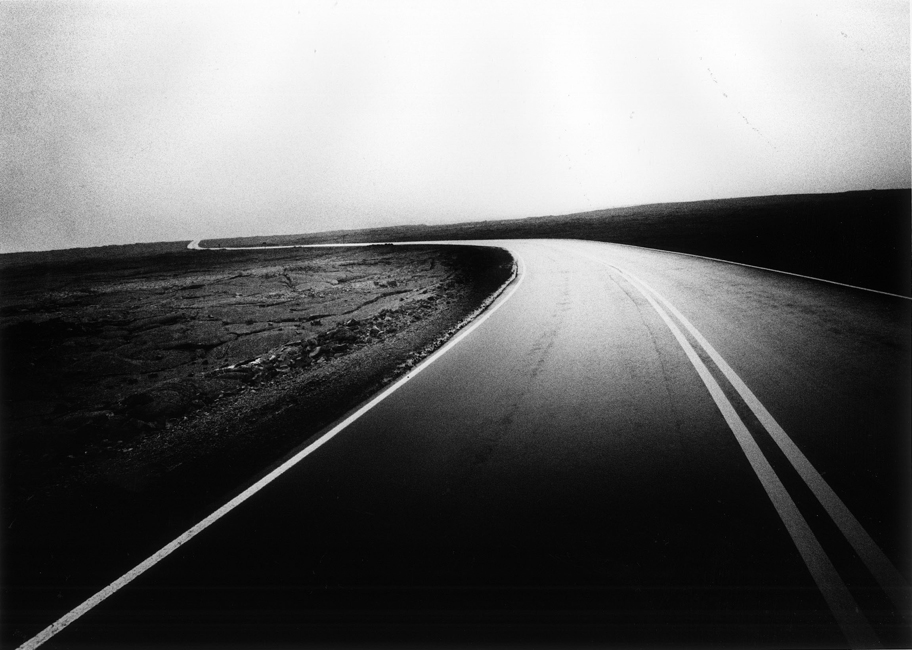 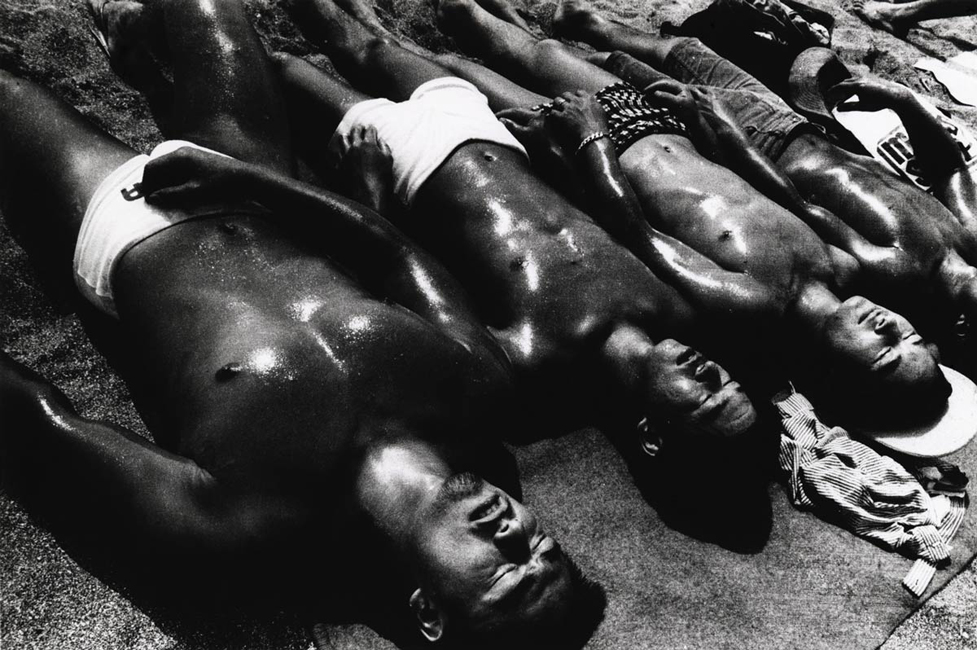 Radical and innovative best describe the work of Daido Moriyama. The new perspectives he brought to the photographic image, have since changed the way we look at them, and in turn, how we see societies and even the self.
As an emerging photographer in the 60s, a time when photography was still considered an objective medium, a subjective approach was what distinguished Moriyama. His vision differentiated from his contemporaries through an aim to capture a sense of real time. Whether blurry or hastily glimpsed in passing, all was deemed acceptable as long as it reflected the moment. The resulting aesthetic had  a major influence upon the avant-garde photography of the 80s and 90s.
This originality contributed to establish Moriyama’s style as one of a true outsider, an identity he’d been growing into since childhood.As the son of a travelling salesman, he spent most his time on the move
In 1938 he was born in Osaka where he’d be brought up briefly only returning for short stints to study graphic design and again in 1958 to work as a freelance designer. It was during this last period that Moriyama cultivated an interest in photography, largely influenced by William Klein.

With the goal of integrating into the VIVO group, which included Eikoh Hosoe and Shomei Tomatsu, Moriyama moved to Tokyo in 1961. The group quickly dissolved, but he became Hosoe’ assistant, facilitating a proximity to Tomatsu that deeply shaped his work that followed.
Come 1963, he went freelance and began to establish his role in the world of photography. By the following year, he was published by both Asahi journal and Asahi camera.
In the early summer of 1965, Moriyama moved to Zushi, in Kanagawa prefecture.
Being so close to the American naval base of Yokosuka, led Moriyama to focus on an approach to subjects that would become his trademark style: the snapshot.
The Japan of that day was at the beginning of a long economic growth period, along with a surge in mass culture, production and consumerism. Hence photographers were in high demand. Advertising agencies and print media were in need of more images, and of a broader spectrum of subjects. It was the magazine Camera mainchi to first publish Moriyama’s work of the Yokosuka naval base.
Moriyama’s next series, Showmen, featured traditional popular singers, street musicians and Vaudeville performers from the lower class district of Asakusa inTokyo.
Camera mainchi published these too and it later earned him the accolade of Most Promising Photographer, from the Japan Photography Critics Association.
From this time on, Moriyama was a prominent perspective in the public eye.

PROVOKE magazine was created in 1968 by a group of young artists, Takuma Nakahira, Koji Taki, Yutaka Takanashi and Takahito Okada.
Tomatsu would curate an exhibition with nearly 100 years of Japanese photography on display.
This set the stage for Taki and Nakahira to launch PROVOKE as an alternative voice in the face of the prevailing trends of that time.
The involvement of its founders in the student protest movements of 1968, as well as its independent and alternative vision, made it a landmark for Japanese photography, then embodied by Shomei Tomatsu.
The PROVOKE photographers not only pitted themselves against objective documentary work, they also contested the conventions of the so-called ‘well-taken’ photograph. Mis-shots were therefore considered authentic and equal to any other shots; grainy, blurry pictures that would normally be discarded were deemed an aesthetic to consider.
Nakahira invited Moriyama to join the second edition for which he compiled 22 pictures. His contribution to the 3rd and last issue of PROVOKE displayed images of a supermarket and its American goods at night, very much along the lines of Andy Warhol’s depiction of commercialization and mass production.

In 1969, Moriyama notable series, entitled ‘Images of a certain seventh day’ consisted of re-photographed images from television, tabloids and magazines. Printed in high contrast, this series was intended to shock the viewer and show how far the visual experience had progressed: presenting a notion that genuine reactions could only be elicited with dramatic reproductions of mass media such as car accidents.
This multi-layering created a virtual image of a virtual image.
Moriyama’s notion of ‘equal epistemic or evidential value’ gave rise to a theory of anonymity, which he, along with Nakahira and others, began to advance, introducing the term into their discourse on photography. Other photographers asked whether it was not a contradiction to assert such anonymity whilst presenting and signing these works as their own. But Moriyama and his fellows saw the photographer’s role as selecting the frame rather than simply pressing the shutter, which, according to him, meant by the same token that a picture of him taken by someone else could also be considered his photograph.
Thus Moriyama and his contemporaries had brought into focus the self-reflexive observation of distance between the photographer and the subject such that the photographer is the first viewer rather than the sole creator.
By 1970 Moriyama was well known across Japan. Throughout this prolific year Asahi camera featured his work on its front cover.  His exhibition, ‘Scandal’, was then received with great success at plaza Dick in Tokyo, and in PROVOKE’s onlypublished book, Moriyama contributed an unprecedented collection of extremely fuzzy and blurred pictures, some so streaked that a particular form was impossible to decipher.
Two years later, the book Hunter was published with a dedication to Jack Kerouac. This marked a sudden shift in style and subject matter with a series about roads. The book also served as a report on Japanese culture and life.
In 1974 Moriyama began a project about the essential Japan. He spent three days of intensive photographing at Tono that resulted in the publication and the exhibition of Tales of Tono, a pastoral version of the disfigured urban landscapes he had focused on in the 1960s.
Amidst these great accomplishments, Moriyama experienced a drop in creativity at the end of the 70s, turning increasingly to alcohol and drugs.
Despite this difficult period he did not stop shooting images completely
By 1982, after some years of abstaining from substance abuse, Moriyama returned to photography with the book Light and shadow.
Following that, he revisited his birthplace after the death of his mother to shoot for the series, ‘The time of the dog’.

Throughout his life, Moriyama has asserted that a photographer’s two essential qualities are amateurism and anonymity. They were the foundation of his initial fresh perspectives and remain a central thread of his aesthetic preoccupations-one that inspires photographers of today to be radical, innovative but above all, to formulate a wholly personal and ultimately original vision.