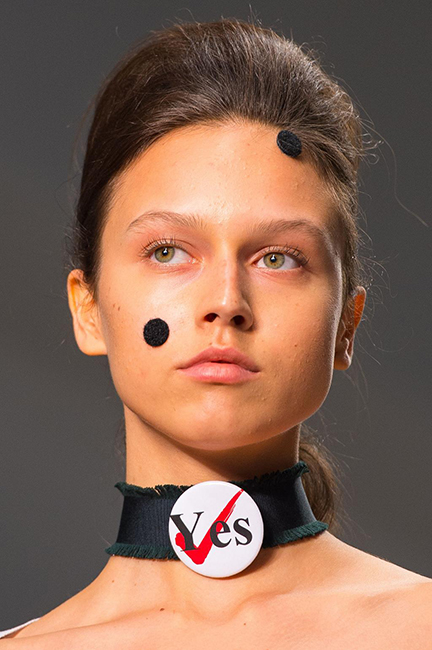 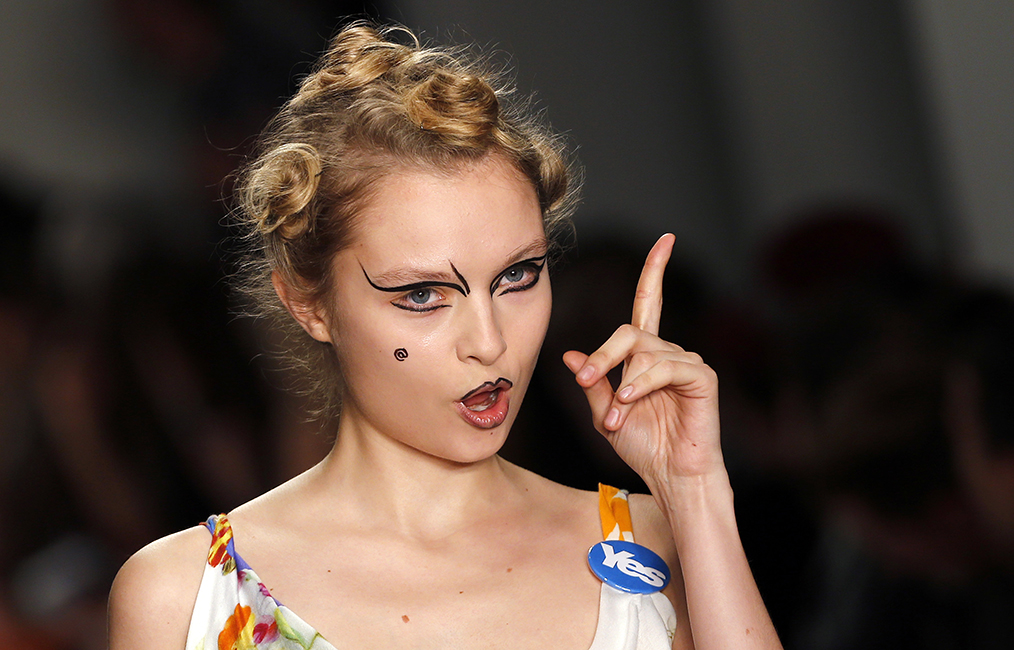 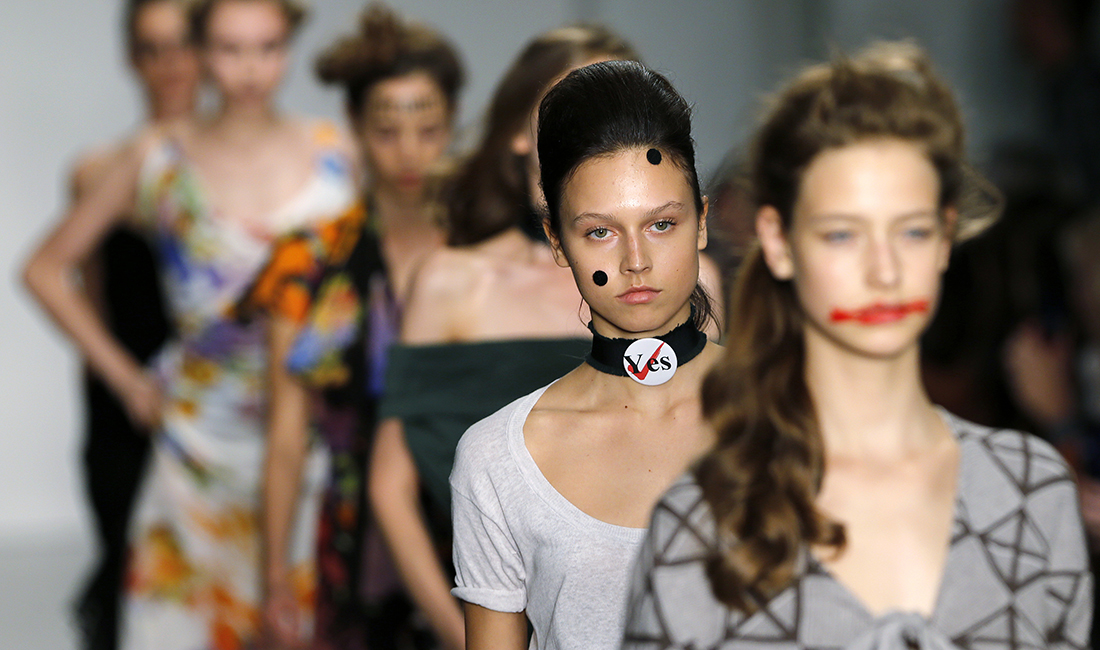 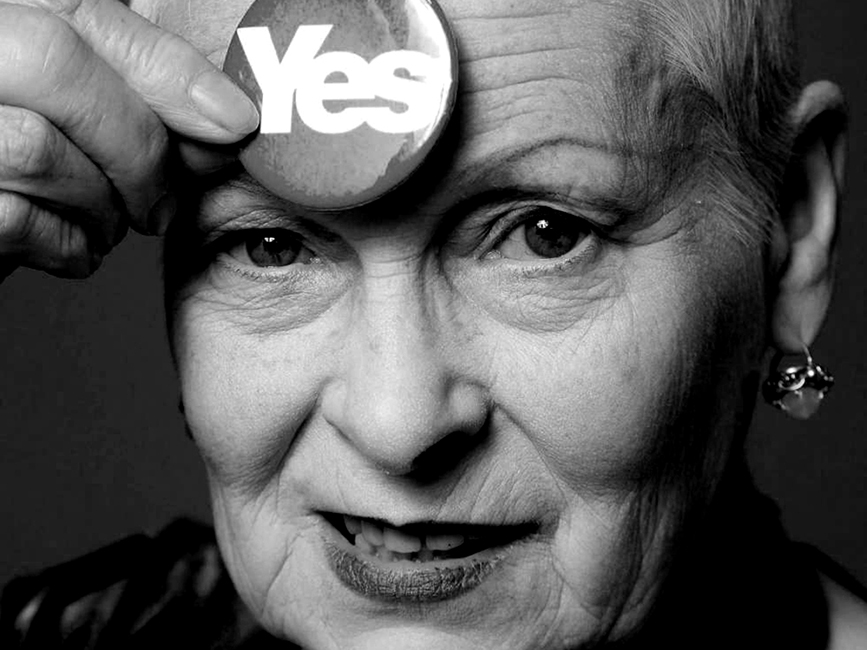 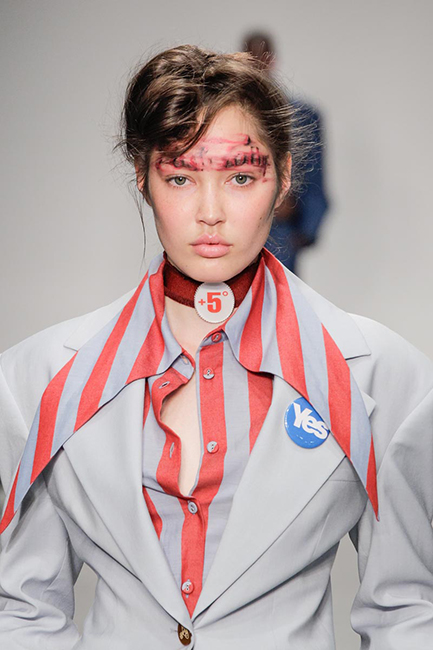 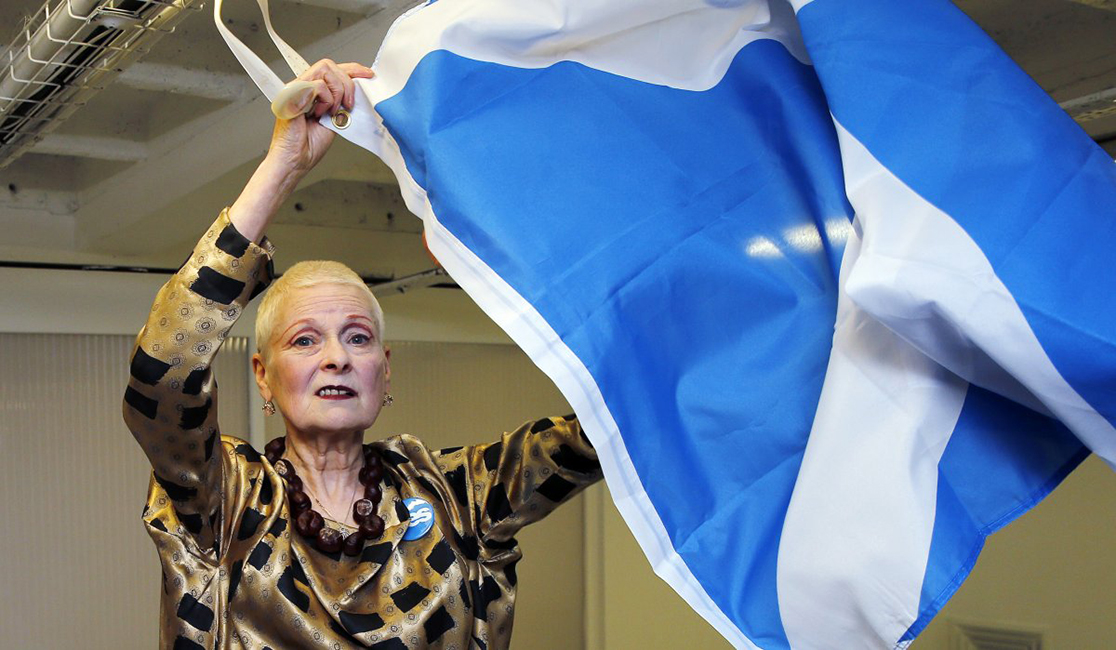 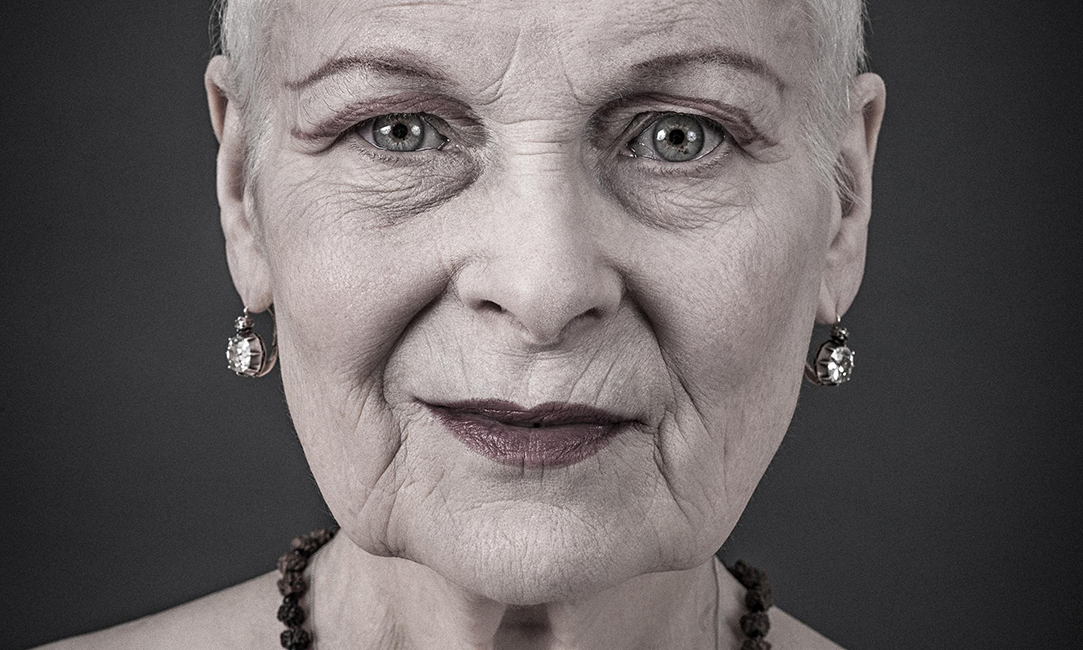 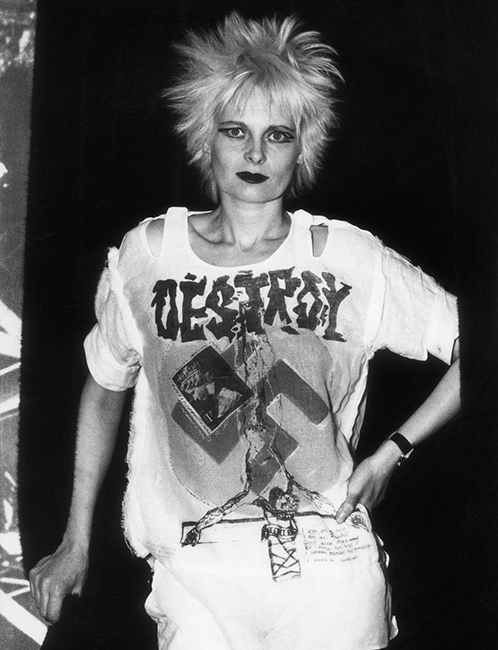 Dame Vivienne Westwood is best known for her contributions to the world of British fashion. But she’s also a long-time political commentator, speaking out against what she sees as inequalities and injustices both directly and indirectly through her work in the field of fashion design. Most recently she made the news at London Fashion Week for sending models for her Red Label SS15 show down the runway with “Yes” badges. The badges, one of which she also wore on the runway, encourage Scottish voters to opt for independence from England. “We English have to fight our government,” she said in a recent video message. “You, Scotland, can have the government you want.”

The Yes badge is the latest in a lifetime of protest from the designer. At the Met Gala’s Punk-themed ball in 2013 she donned a badge saying “Free Bradley Manning.” It was the truest manifestation of the punk ethos at the party at which she was a guest of honor. From her early days in King Street London’s SEX shop with Malcolm McLaren through to her T-shirt designs satirically emblazoned with swastikas to her present-day initiatives like the Cool Earth Team, Vivienne’s always rallied against conformity and rebelled against “The Man.”

SEX was where she first got into fashion design, selling one-off rubber and latex pieces to rockers (including Sid Vicious of Sex Pistols fame). It was there she paired up with (and eventually split from) Malcolm McLaren, and launched her own Vivienne Westwood line. The punk aesthetic was as much a lifestyle as a look. Punk clothing was self-torn, re-stitched and embellished with household items like safety pins, chains and razor blades. The DIY ethos of punk in the late 1970s could be seen in London with the Sex Pistols and in New York with the New York Dolls and Ramones. After her first runway show in 1981, Vivienne’s fashion empire expanded exponentially. She now has dedicated stores around the world and various diffusion lines, such as Red Label, Anglomania and Man.