Paul Gauguin and his collection of artworks based off his adventures in Tahiti had never had photographic proof, until now. Two new images have been found documenting Paul Gauguin on the Polynesian island. 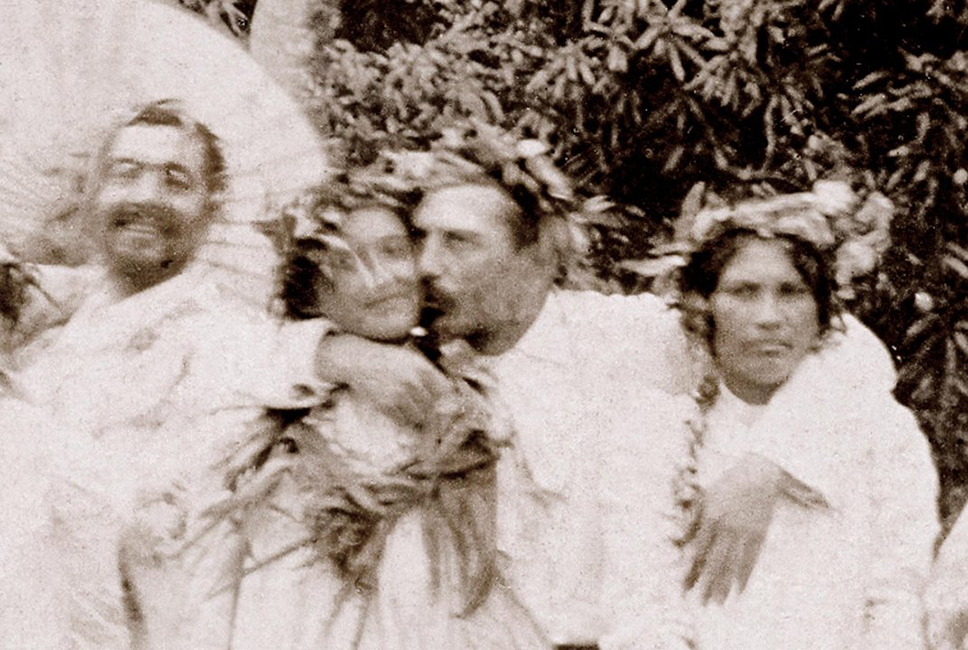 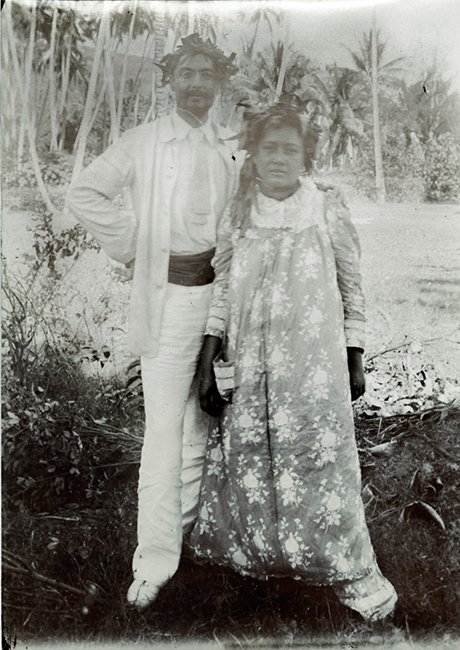 Paul Gauguin left behind a mass collection of artwork documenting the landscapes, culture and women he met in Tahiti. Until recently there was no known images of the artist on the island. There have been two, slightly unclear photos that surfaced, and some experts have identified Gauguin.

The New York Times reported, Munich- Based dealer Daniel Blau and art historian Caroline Boyle- Turner both determined that man in the photo to be Gauguin. In 2004, a Parisian photo dealer had brought an album to Blau’s attention. The album was filled with 19th Century images of Europeans vacationing in Tahiti, which was a popular destination. In the collection there was a photograph of a man with two young Tahitian women. Each of the subjects wearing a floral crown, Gaugin kissing the cheek of one women and cupping the breast of the other, clearly happy to be there with them. This photo had no date, and was slightly blurry making it hard for Blau to confirm.

These images have raised the suspicions for Blau, who was on the hunt for more albums that may validate what he had found previously. In July, two albums by photographer Jules Agostit, a friend of Gauguin’s, went up for action. Agostini had accompanied Gauguin on a trip to Tahiti, and in the albums were 3 new photos of Gauguin and his house on the island, each labelled with descriptions and dates but did not mention Gauguin.

These new images have given a behind the scenes look at Gauguin’s exotic life on the island. The photos included suspected Gaguin showing affection to his Tahitian mistress who was also nude model.

When Agostini albums went to auction the Musee di Quai Branly in Paris acquired the second one which encompassed the images of suspected happy Gauguin and his mistress. The museum’s head of photography collections Christine Barthe made a statement saying “Some people see Gauguin in the album, but we need more than wishes.

The images may not be confirmed and will be a topic of speculation for years. For now the images are a pure reflection “what could have been” for Gauguin’s life on Tahiti. A part that only art lovers could only guess and imagine.