An 80s kid from Amsterdam, Holland, graphic designer Louis Reith uses his non-commercial artworks as a means of escaping his day-to-day job of communicating through images. 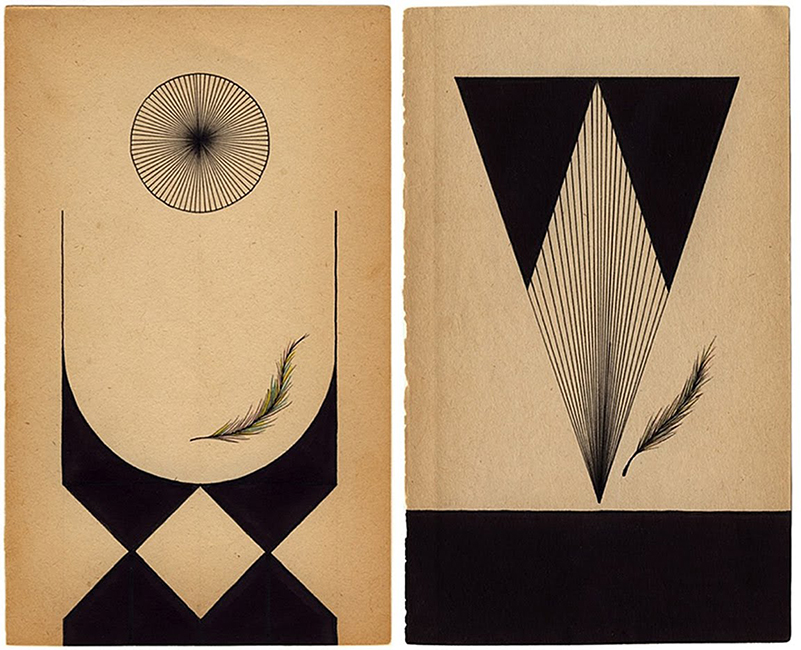 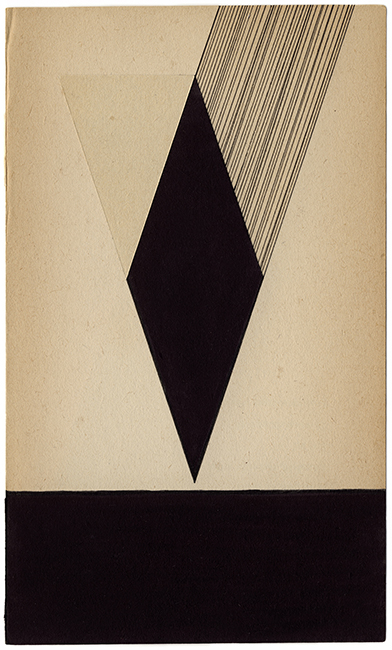 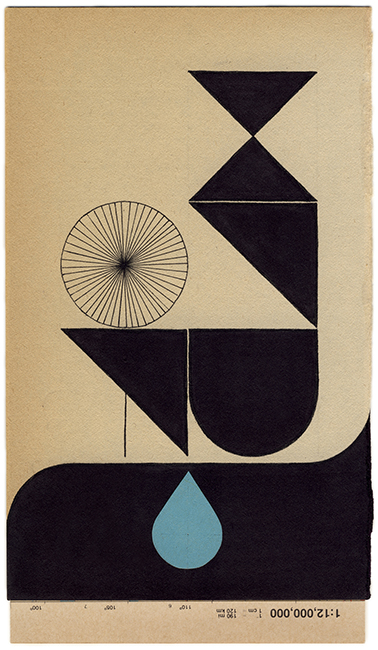 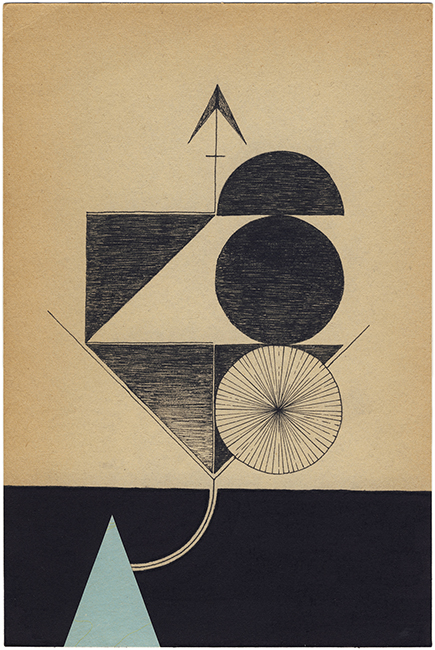 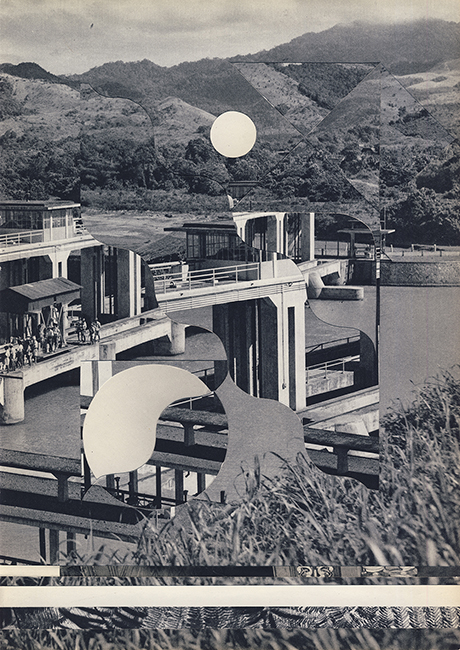 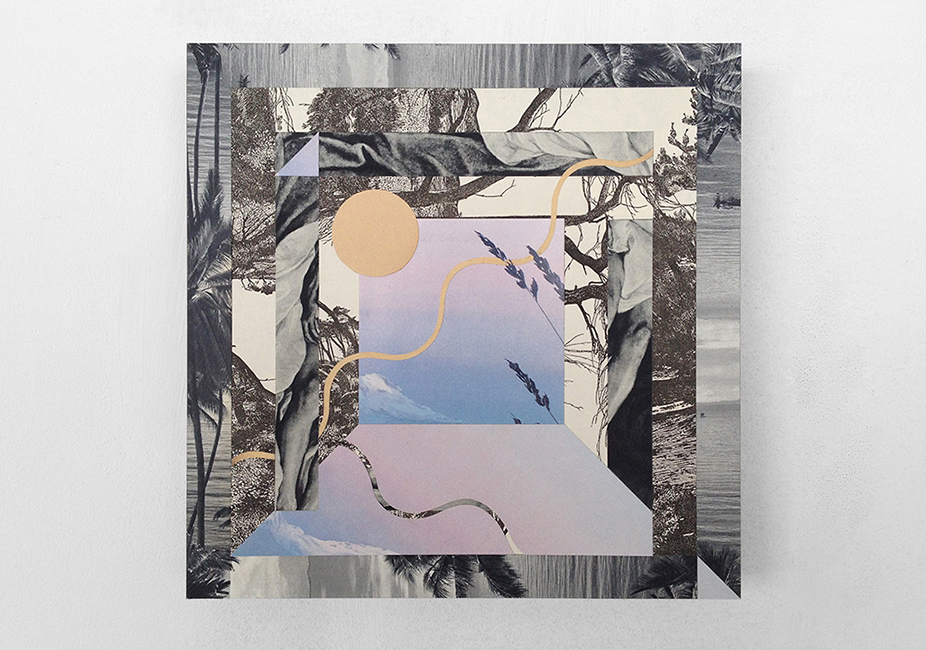 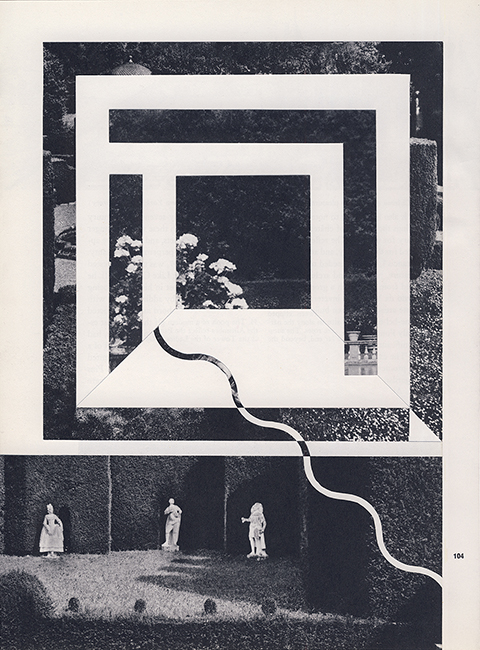 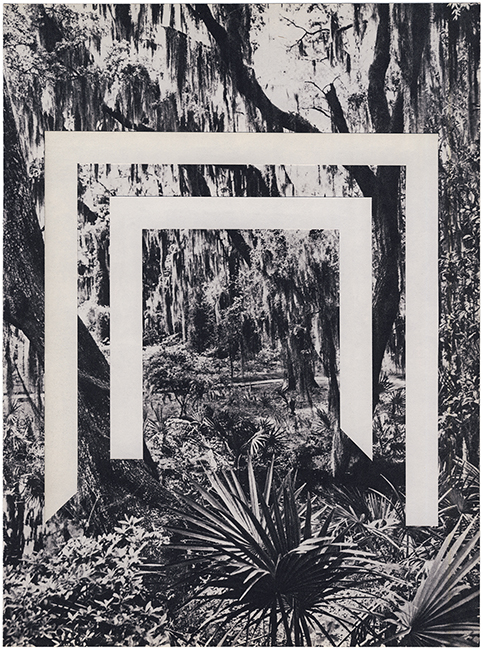 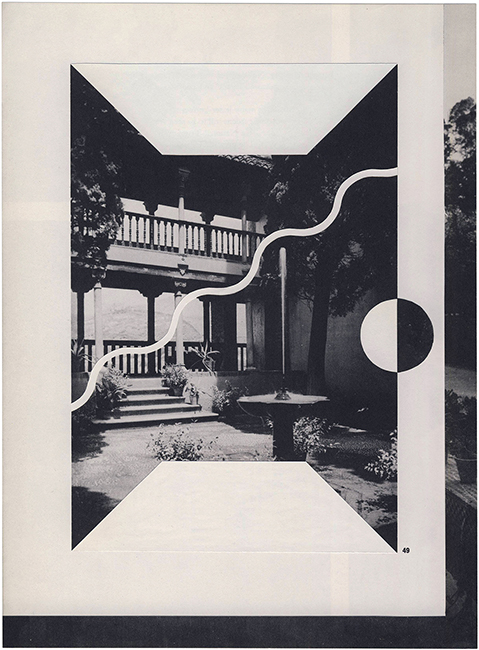 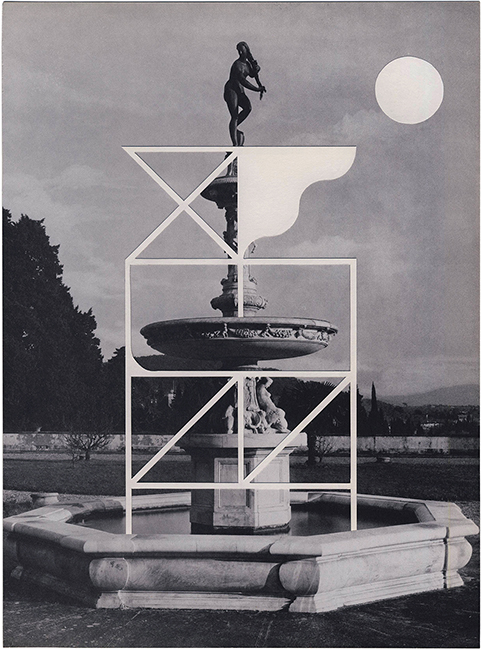 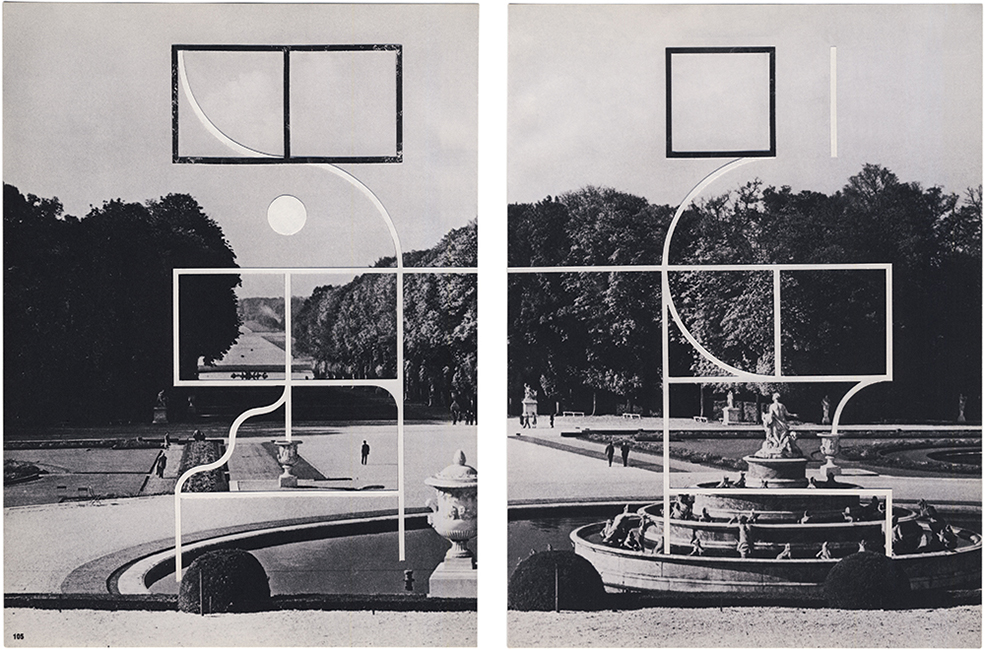 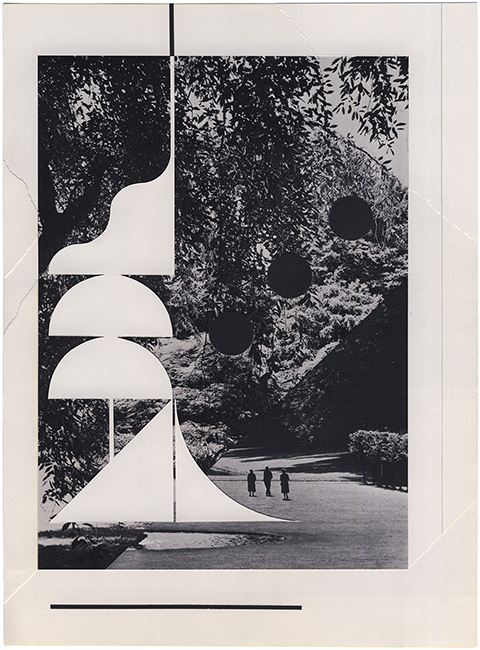 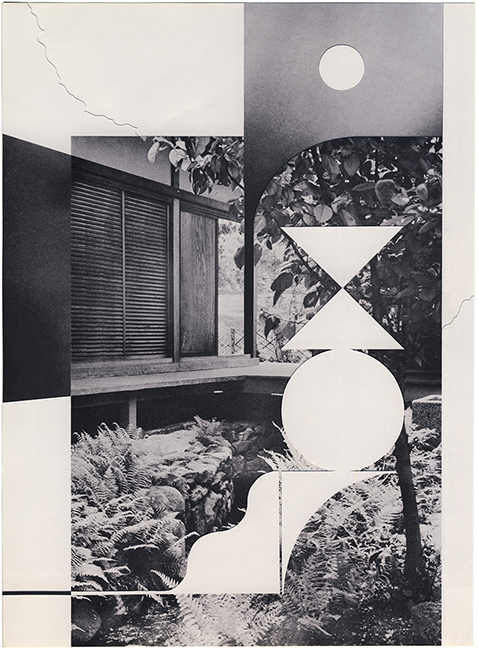 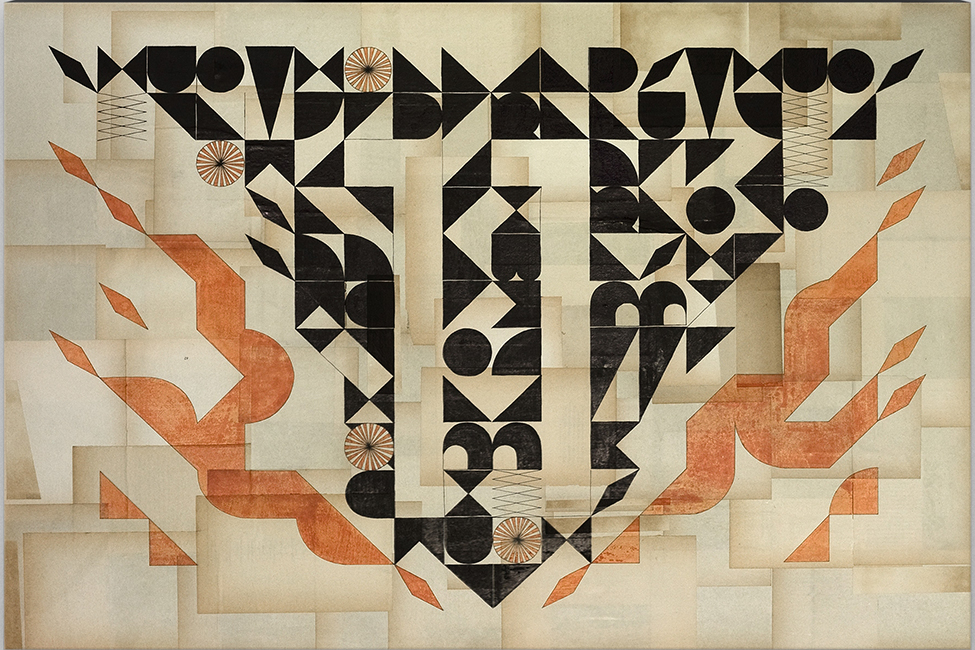 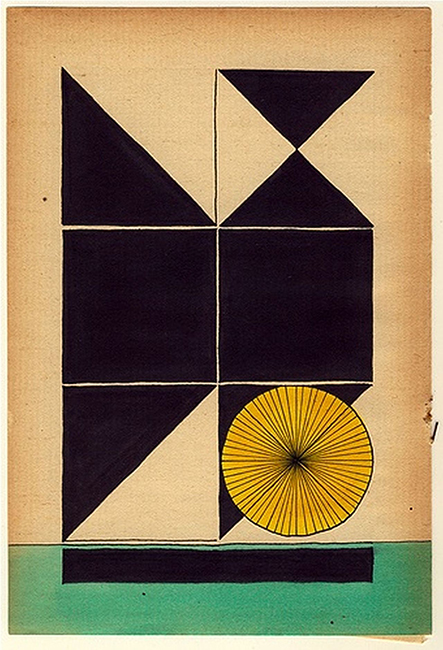 You grew up in the Netherlands – how much does your Dutch heritage and your family influence your work today?
I grew up as an only child in a fairly small town called Hengelo, around 12.5 miles from the German border. Although it became pretty much a dead city due to the crisis, Hengelo used to be quite a vibrant city with a lot of opportunities for creatives. I remember my parents and their friends were very active culturally.
My dad spent seven years in art school studying at different departments, from photography to sculpture. And although I don’t think he ever aimed to become an artist he was always working with his hands, building things. When my parents bought their first house, the house became his main project and he and my mom totally rebuilt the interior. It was a really cool house and people loved to hang out at our place. We had a gym floor and a palm tree in our living room, a self-built mobile kitchen, a stuffed alligator in the window and our garden was a wilderness.
As long as I can remember my live has been focused on creating things. As most kids I did a lot of drawing when I was young. At the age of 13 I took over my dad’s music equipment and my parents built me a music studio in my bedroom. They were also the ones that recommended me to study graphic design a few years later.

What part of based in Amsterdam do you love the most? What is it about Amsterdam that inspires you?
I moved to Amsterdam during my graduation, about four years ago. My girlfriend (artist Martine Johanna) already lived here for a few years when I moved in with her and to be honest it took me quite some time to feel at home in this city. Now I love living in Amsterdam. We live in a 50s apartment building in the west of the city – not the best neighborhood but it’s getting better. There’s a lot of greenery and there are more and more cultural events happening each year. Our studios are also based in a building super close to our house. Still, for inspiration I mostly do long bicycle rides out of the city.

You once said in an interview that you made experimental music when you were teenager – how did it happen that you transformed from a musician into an artist? (Or maybe you are now doing both at the same time?)
For me, my work is and always has been closely related to music. One of my first collages was a cassette inlay for a mix-tape I did when I was 12 years old. Last year I found it back in a box full of old tapes and I was amazed by the details of it. I really think I developed a fascination for layout and composition by making artworks for tapes and CDR’s as a kid. I was always fooling around with images and text, leaving small hidden messages. CD covers like Radiohead's “Kid A,” which had a double-sided printed inlay covered by a black tray to hold the disc so you had to open it to see what was printed, or the plaster on Peter Kruder's first “Peace Orchestra” album for example really inspired me as a young graphic design student. I got obsessed with CD covers, started to buy music because of their artwork and began to see images as potential covers for my own music.
At the age of 17 my computer crashed, I lost all my music and lost interest. I have a few MDs left and Little Paper Planes released a cassette in 2010 with a song I did in my last years as a music-making kid. It was pretty dark music with influences of hardcore rave, noise, dark ambient and breakbeat. I worked with some pretty sweet gear like a Korg MS-20, a Yahama DX7 and I started making music with an Atari ST computer.
I don’t make music anymore, apart from rhythm loops with iMachine on my phone. But music will always play a big role within my life and my work. It’s one of the reasons why I release music next to printed editions with my publishing platform Jordskred.

I know there are like two million bands on earth today, but who's on your playlist right now? And does music inspire your works in any way?
There are too many to name them all but Amen Dunes’ latest album “Love” is definitely one of my recent favourites. Brannten Schnüre’s “Aprilnacht” has been on repeat a few times. Same goes for Erik K Skodvin’s “Flame”, Klara Lewis’ “Ett” and Koenraad Ecker’s “Ill Fares The Land”. But I also love Real Estate and Woods and I was very pleased that Allah-Las recently shared one of my pieces on their social media to announce a show in Nashville. For my artwork, music plays a big role in the sense of moods. Especially psychedelic rhythms can bring me back to ancient times in which I wish my work was made.

Your works are a conjunction of various media – graphic design, photomontage/ camera-less photography and installation. All of them share a sense of nostalgia – do you have some sort of obsession about the past or objects with a lot of history?
As a kid I always wanted to be an archaeologist. Like I noted above I really like the idea that my work is made in other times. As if I’m an archaeologist that found and collected those pieces, carrying hidden messages within their visual language. A lot of my pieces carry a certain word as a fundament. The shapes I use translating the letters. My work is often described as pages from old books yet to be written. I find that very fascinating. As if I’m rewriting history with elements from the future.

Is the role of research important in your works or have things become more organic for you? How does a project typically begin?
It’s getting more and more important in my work. Nowadays I also buy books that are related to my subjects without shredding them to pieces and using them for collages. I have a lot of books about gardens, gardening and garden statues for my Nachttuin series. But I would not intentionally visit places for my work. There’s also a kind of distance towards the images I use that I need to distort it the way I do.
Most projects start with a theme, mostly within natural phenomena because it contradicts with the bold and geometric shapes I use. From there I start selecting my materials, browsing through books, looking for perfect imagery. From there it’s a trial and error process.

We love your aesthetic, especially those photomontage pieces. Imagine Laszlo Moholy-Nagy saw the process of your creation, would he be enlightened by modern technology? Can you tell us about the technology you use?
I don’t know. I’m definitely not the type who works wherever he is. Idealistically I work by myself in my studio with loud music. The only one who can be in the same room as me when I’m working is my girlfriend. I don’t have any stunning skills when it comes to collages. I think other artists would probably say I use the wrong scalpel or glue if they saw me working. As it comes to the process the biggest part happens through my eyes, within my head. The best pieces are not thought through but develop on the page while working.

Do you ever take pictures, in the traditional sense? (And sometimes input them into your work?)
I have a few Polaroid cameras and every once in a while I use them but I never intended to use my own photography for my artwork. I am working on an ongoing project with my friend and very talented artist Jasper van Aarle in which his photos will form the base of a series of collaborations. We’re planning on making a printed edition for Jordskred in the future with the result.

Photomontage artworks always come in small sizes, I guess it's because of the technology behind it. Do you have any ambition of making bigger ones? Does the size matter?
I don’t necessarily think size matters but I am exploring possibilities of making bigger works at the moment. I recently got the chance to work on a big installation as part of a residency at Loods6 here in Amsterdam and it felt great to really build something. I would love to do more installations in the future, next to my two dimensional pieces in frames.

About your Map Mountain piece, I can't help but making connection with travelling. Is travel something that is important to you?
The Map Mountain series actually arose from the idea to make something that is meant to be a flat translation, spatial again. It was a very simple idea that got to me when I was working on Avalanche, my solo show at Nashville’s Smallest Art Gallery. I never thought it would become such a hit online. Even the title “Map Mountains” was given to the piece by fans on the internet. I made about 500 peaks in total, spread over six different mountain landscapes but I never liked creating them. There’s only one title available but its meaning is quite expansive. I guess it’s best to build your own. All you need is an atlas, a pencil, a ruler, a folding bone, a scalpel, glue and a lot of time.

What's the most memorable thing that's ever happened in your artistic career?
It is something that is hopefully about to happen in the very near future…

What's next for you?
I just moved into my new and very first own studio. For a very long time I worked at home and I shared a studio with my girlfriend for about a year which was great but the space didn’t feel right and now we both have our own studio in a building close to our home. At the moment I’m working on a few commissions and there’s a new book coming up at Jordskred by Kim David Bots which is going to be amazing. After that I’ll be working towards a show in Berlin that’s coming up.