Juan Brenner is a photographer and independant art director living and working in Guatemala. Between 1998 and 2008 he worked predominantly in New York as a fashion photographer but has since worked on more personal and anthropological photographic projects. Aserica had the pleasure to talk to him about his most recent project ‘Tonatiuh’. 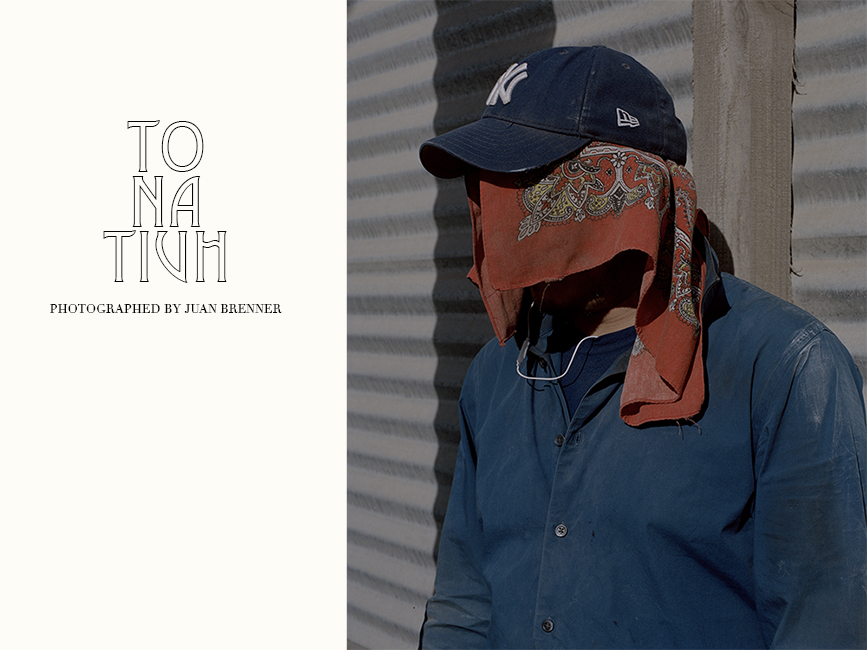 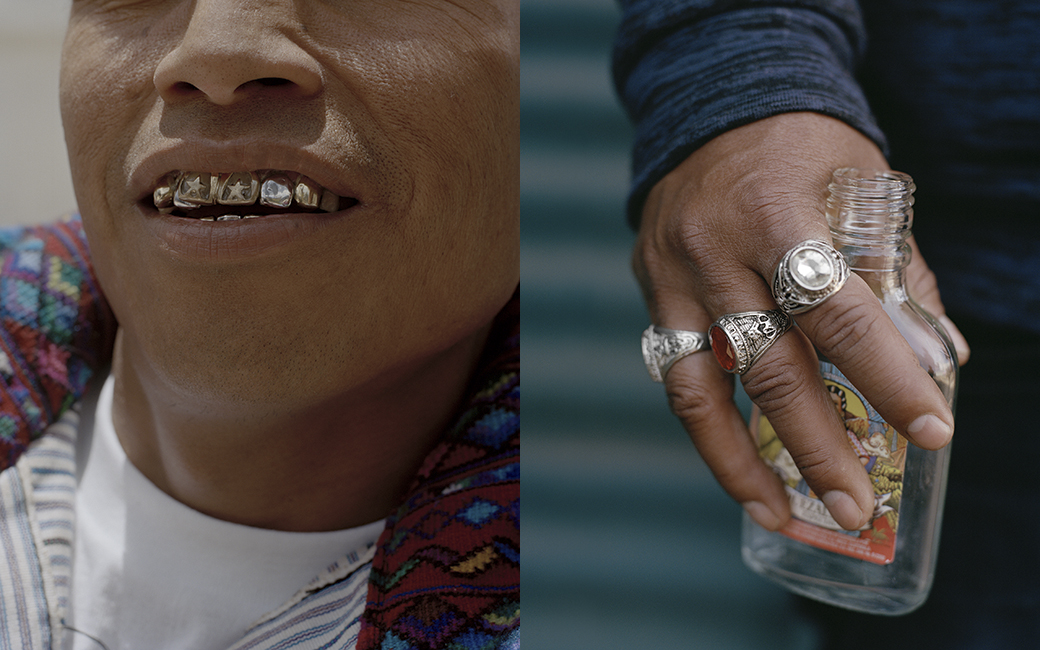 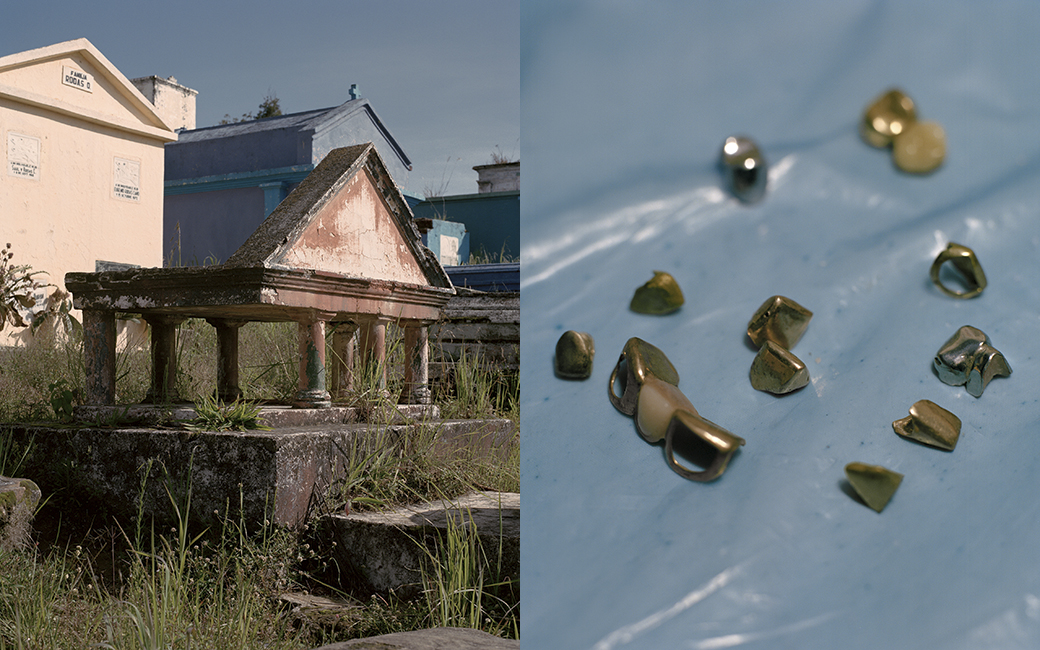 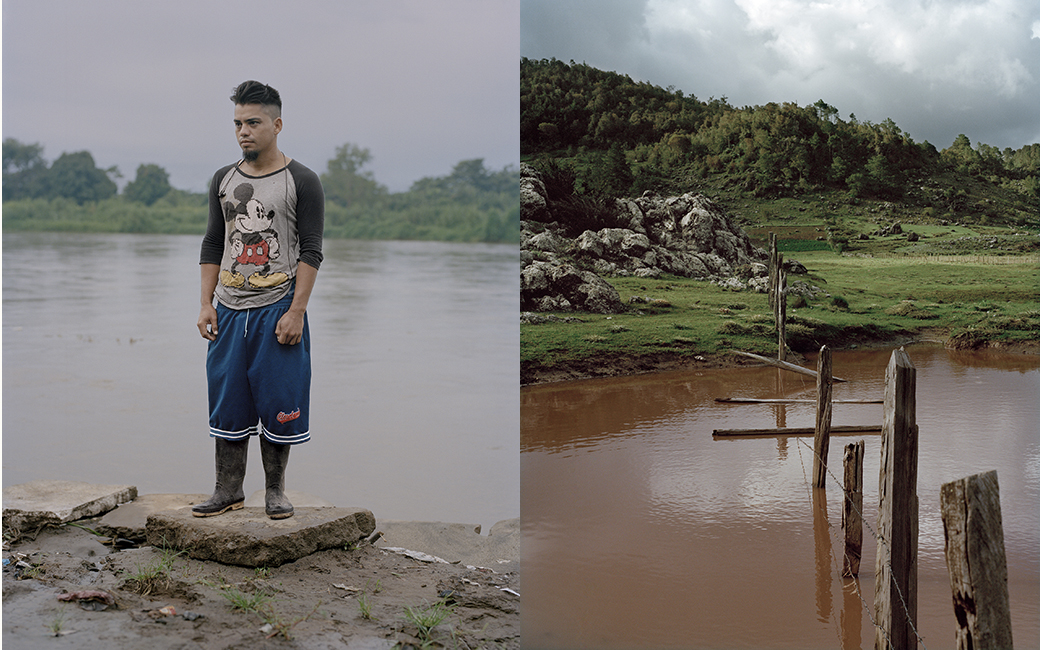 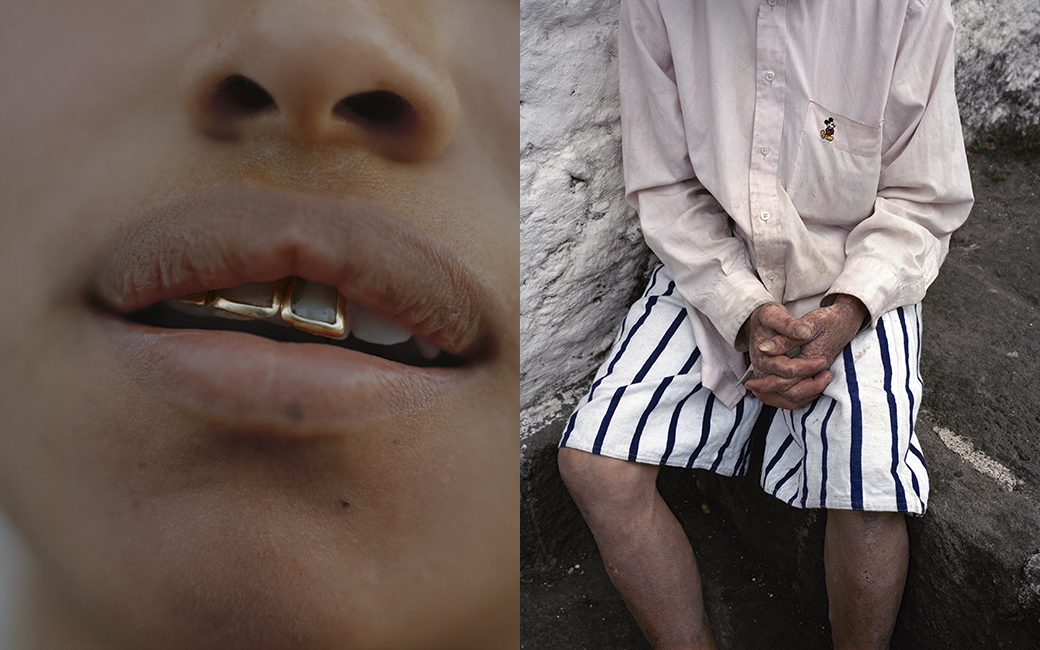 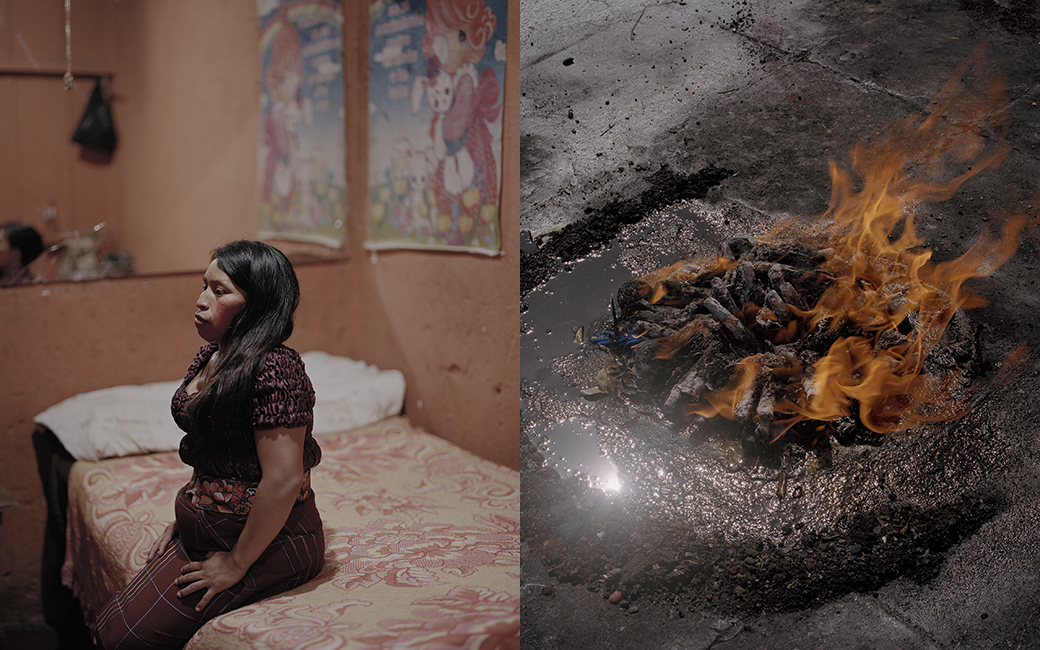 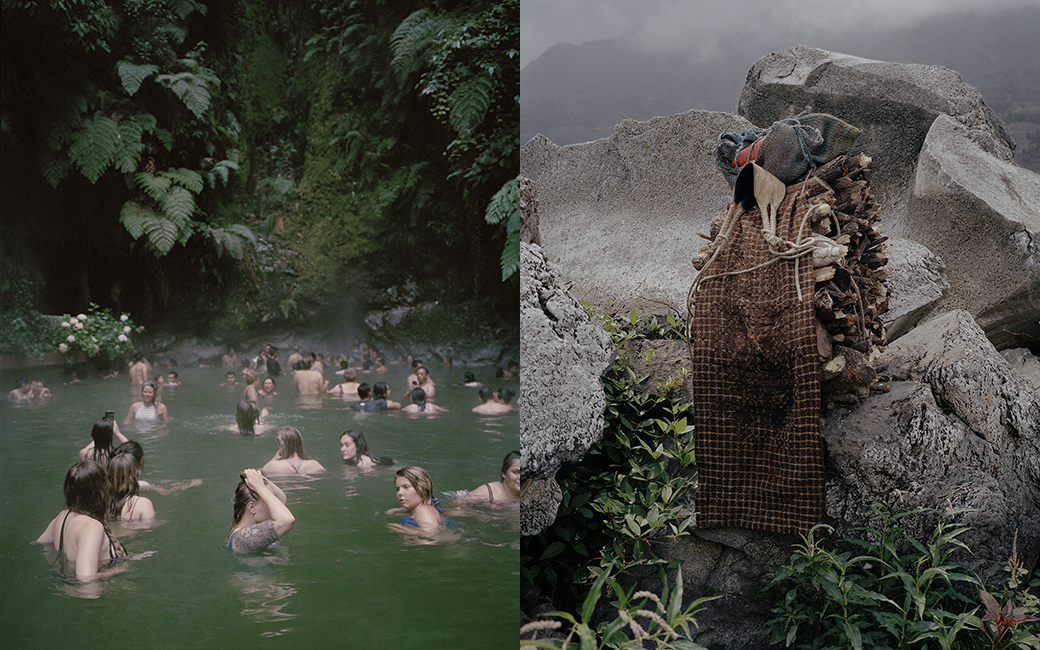 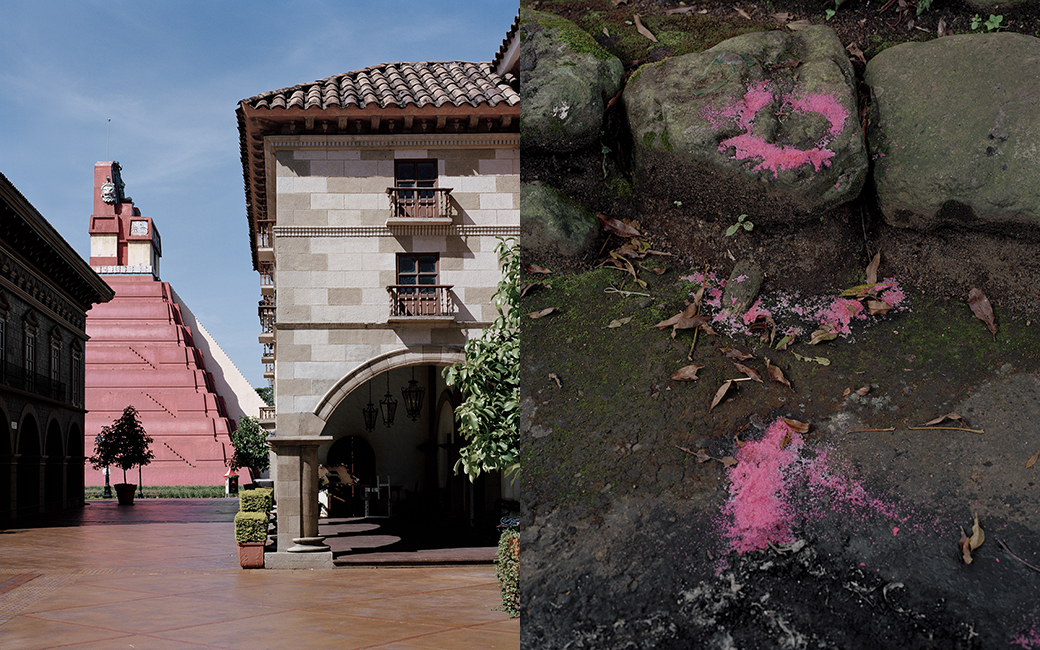 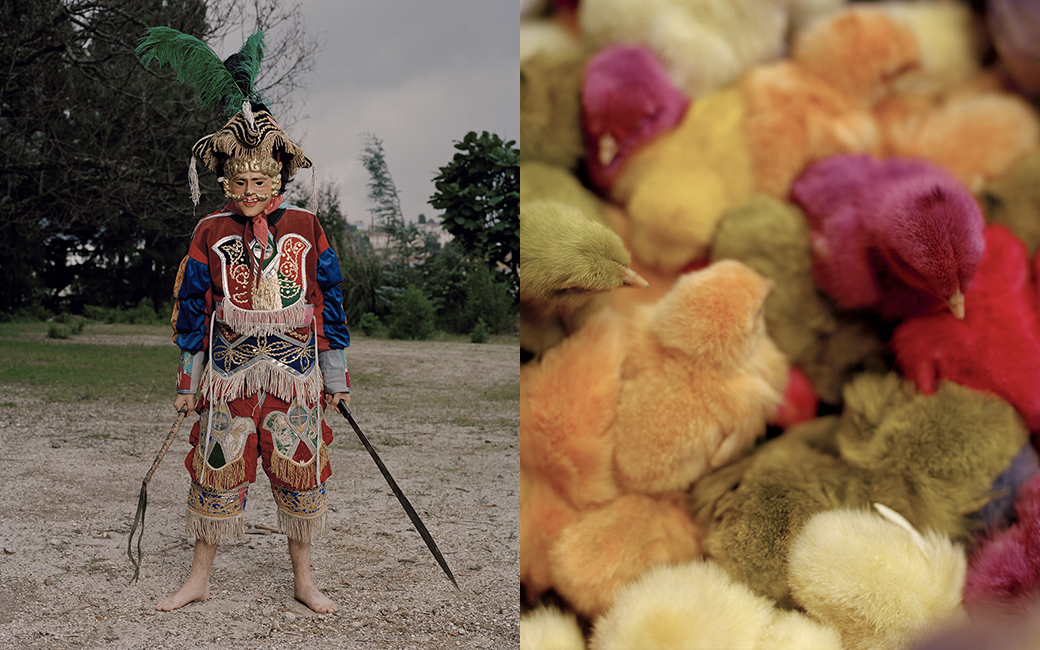 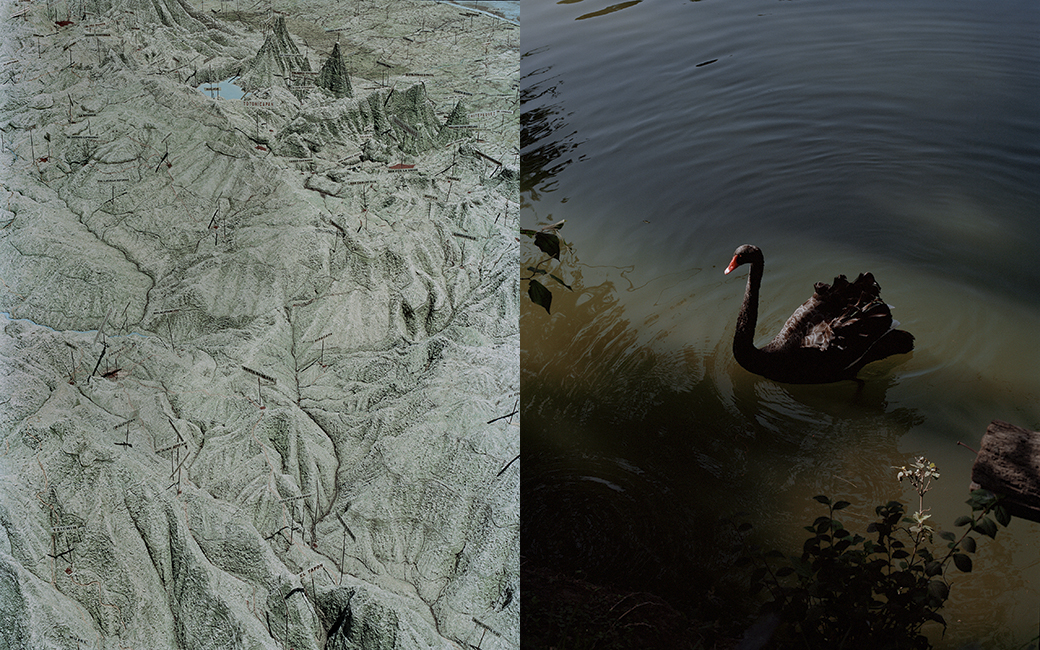 XK: The name of your project is ‘Tonatiuh’. Could you elaborate on the significance of this title?

JB: Tonatiuh is the nickname the inhabitants of Mexico gave Pedro de Alvarado (conqueror of Guatemala); his blond hair, pale skin and blue eyes fascinated the natives of the New World. Tonatiuh is the Sun God of the Aztec mythology, there’s claim that Pre-Columbian people mistook the newly arrived conquistadors for supernatural beings that arose in the 1530s, and became associated with Quetzalcoatl in particular in the 1540s, when people in the New Spain were looking back and trying to explain what had happened to them.
I’m fascinated with the idea that native morale or will to resist was undermined by awe at the Spaniards’ divine powers, it was one of many competing and probably false ‘solutions’ to the problem of how a newly arrived elite from Spain had come to exercise so much power in the region.

XK: Your project revolves around themes of colonization and its cultural impacts in Guatemala. What motivated you to explore these themes? And why did you choose Guatemala as the place for this exploration?

JB: I was born and raised in Guatemala and I’ve been shooting since really young, had a fashion photography career in NYC for more than a decade, but for the longest time I wanted to get away from Guatemala both geographically and conceptually, fashion photography was an escape valve from a lot of preconceived ideas I had about being a photographer and that kept me away from thinking of my own country as a source of inspiration. By the end of my time in New York I had a rough time finding myself, I was swallowed by the party scene and started to drift away from the art and the positive things photography brought to my life. Back in Guatemala I also had a rough time fitting in, I immersed myself in work (I run a small art direction studio) and that took 100% of my time.
I kept feeling more and more that I had unfinished business with this land and though I’ve always been involved in contemporary art and visuals, I never immersed myself in a project like I did now, I knew I had to get out there and look into all these very familiar ideas, into all the experiences I had in the back of my head, stuff I learnt as a kid; I wanted to give my life to a project and find myself as an artist one more time.

XK: While photographing this project, which visual motifs were you looking for? How did you go about visually representing such complexities such as the legacy of colonialism?

JB: The project is more about repercussions that anything else, It was very hard to start shooting, for a long time I felt very insecure about how I had to start and ideas of post colonialism kept popping up on my research, I wanted to be as concise as I could with the images and then I decided to start from the most basic idea, so I mapped the road Pedro de Alvarado followed through the most critical moments of the conquest.
The most amazing things happened while shooting, I kept encountering images that I already had in my head, It was crazy, It made me more and more secure of my concept and kept me going through many trips, I was basically searching for as many situations I could that would connect me with the neglected reality of this society; executing this project I realized all these ideas and archetypes where not local but Latin-American.

XK: How did you go about researching for this project? What is your artistic process for starting a new project?

JB: I usually start a project from a very basic Idea, I’m always inclined to start 2 or 3 projects at the same time and analyze which one becomes more real in my head. The genesis of Tonatiuh came to my head in South America, after seeing the indigenous power in places like Peru, Ecuador and Bolivia, I resented a little bit seeing Guatemala so far behind; then I realized I was idealizing the idea of indigenous power, and from there it was very easy to go back in time and find the main reason why history in the Americas went the way it did; the conquest.
I then started to learn about de Alvarado, and found it fascinating how one human being could have so much power and influence over the life of millions of people. His role in the history of Guatemala is taught very early in school, a very superficial approach of the repercussions his actions had over our past, present and future. I got my hands on every one of Alvarado’s biographies and read as many as the chronicles of the conquest I could in order to have an “official” idea of what went down, from there I started interviewing historians and a couple of anthropologists that could put me in context of the reach Alvarado’s actions had in the process of the conquest.
Dissecting all these opinions and bits of history gave me an opportunity to be really spot on and honest on my trips, but in a way it also created the need to build my own myth, to speculate and fantasize about what happened, that was very refreshing and kept me grounded throughout the shooting process.

XK: How long did this project take to complete?

JB: I started thinking about it in 2015, then began formal research and interview processes in March 2017 and started shooting in January 2018. I visited more than 70 towns in 8 months. I started scanning in November last year and I’m all done retouching and I’m already in the design process of the book.

XK: How would you describe yourself as a photographer? What perspectives do you naturally gravitate towards?
JB: If I have to condense it in one word it would be “portrait”, that's where I feel the most comfortable, I love the interaction one has to develop with people in order to have a good image, I really see myself working with people for the rest of my life, the artists that inspire me the most are very solid portrait shooters.
I’m very interested in topics that are key in the fragile dynamic of developing countries, migration, gender issues, safety and corruption are themes I want to investigate and talk about. Tonatiuh comes from there, from questioning myself about the unfair conditions people have to deal with in the Guatemalan highlands; issues like oligarchy, racism and nepotism are problems we’ve been carrying around for at least 500 years now.

XK: Where do you see yourself progressing artistically in the future?

JB: This is my first book, and I’m very focused on that format right now, I would love to be able to publish every single project on paper, I have a few projects in my head and a couple already in the shooting stage; we’ll see what comes my way, in the meantime, publishing Tonatiuh is my obsession.