Nostalgia and Abandonment; The Universal Experience

Photographer Catherine Hyland captured a side of China and Mongolia that many people may never see or can’t even imagine. Her newest series ‘The Universal Experience” takes place in rural China and Mongolia where she and tourists alike were surrounded by massive, rolling mountainscapes, and large man made shrines and statues. Aserica digs deep with Hyland asking her opinion regarding cultural differences, men versus nature and the behaviour of tourists and travel. 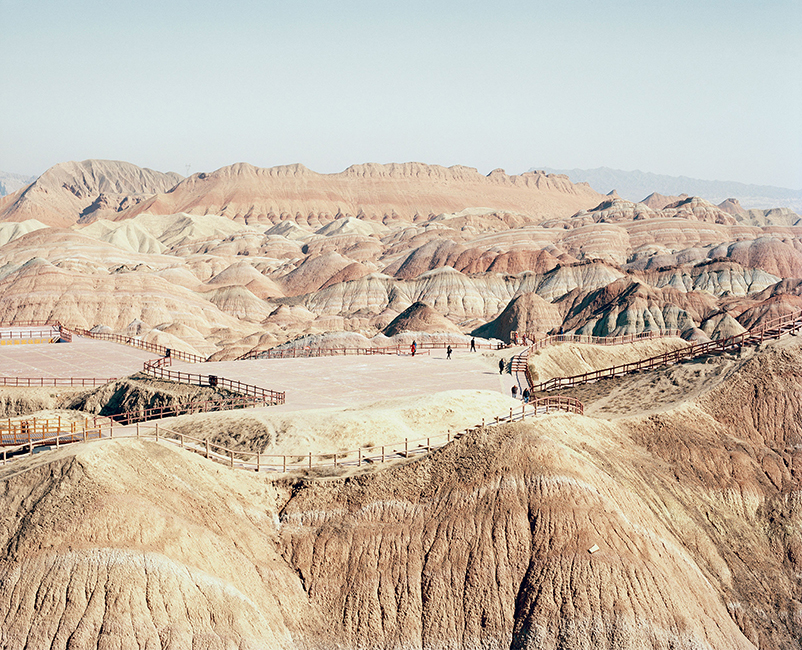 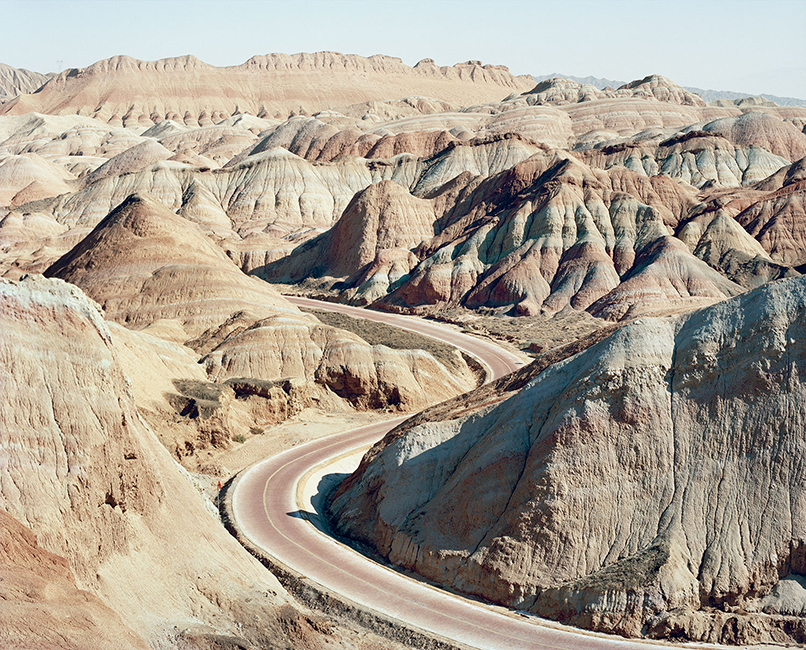 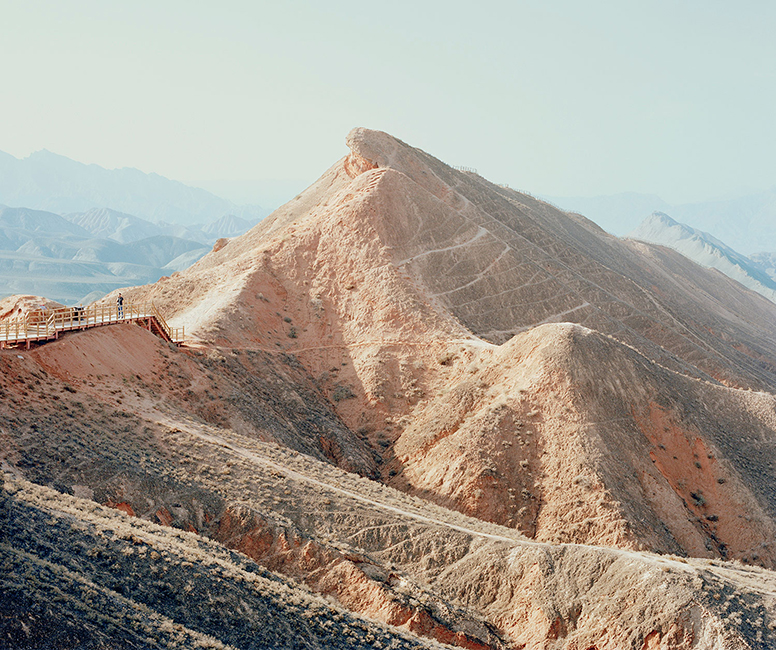 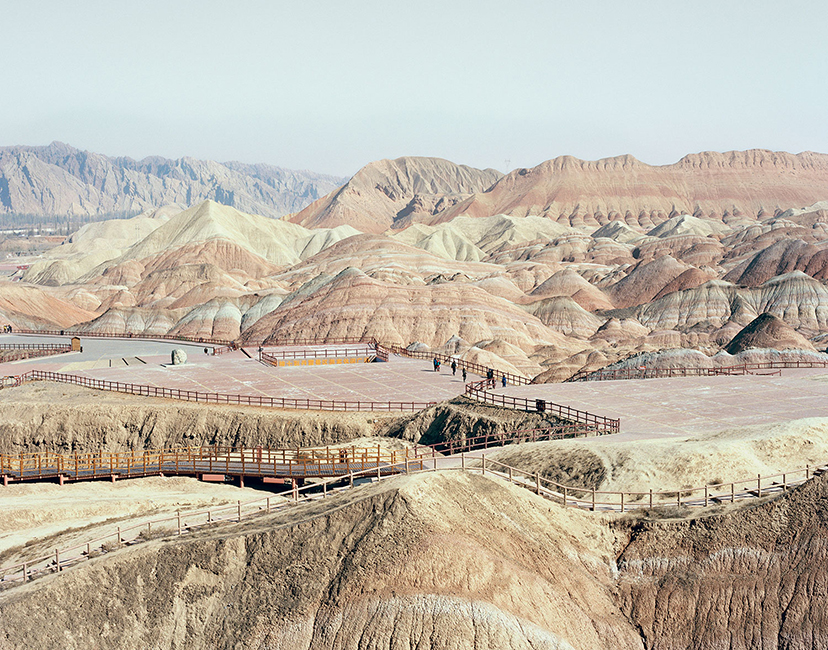 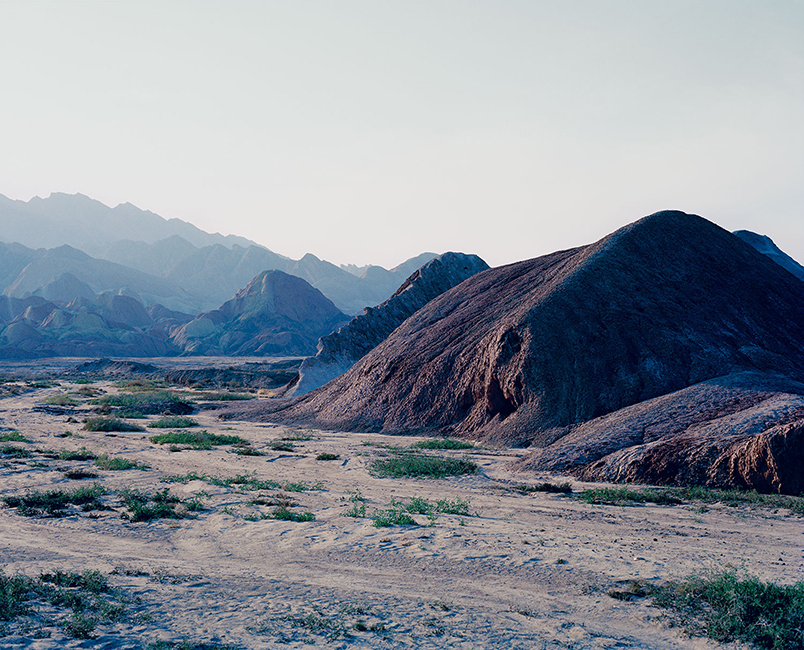 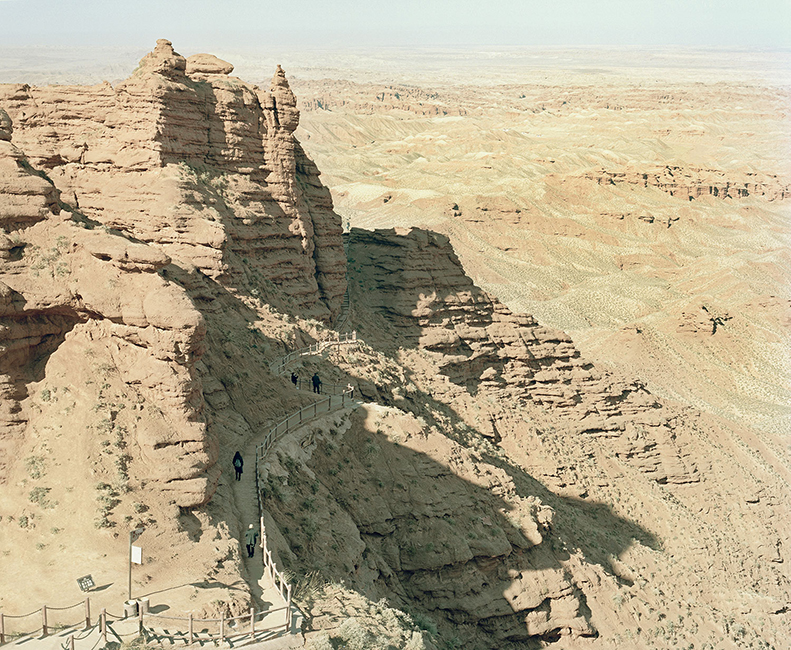 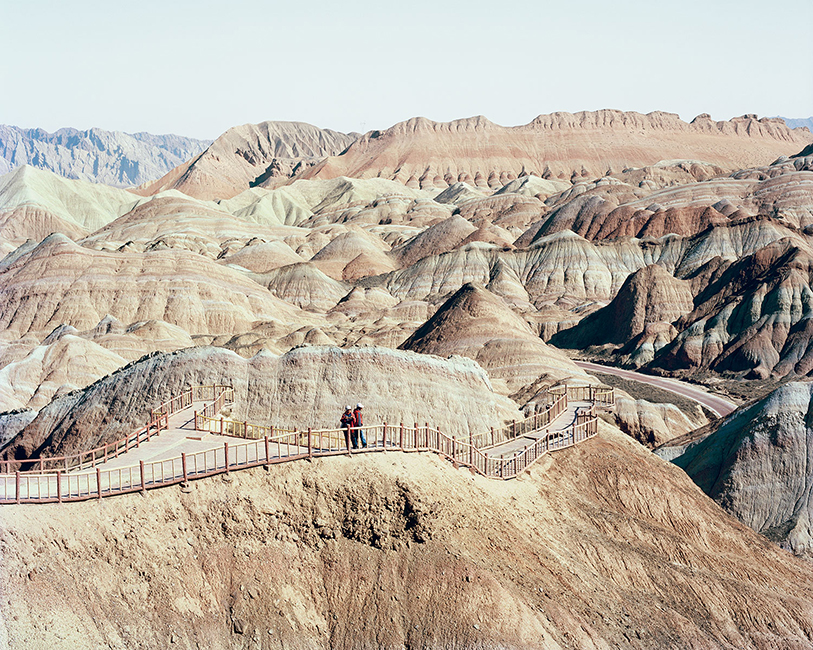 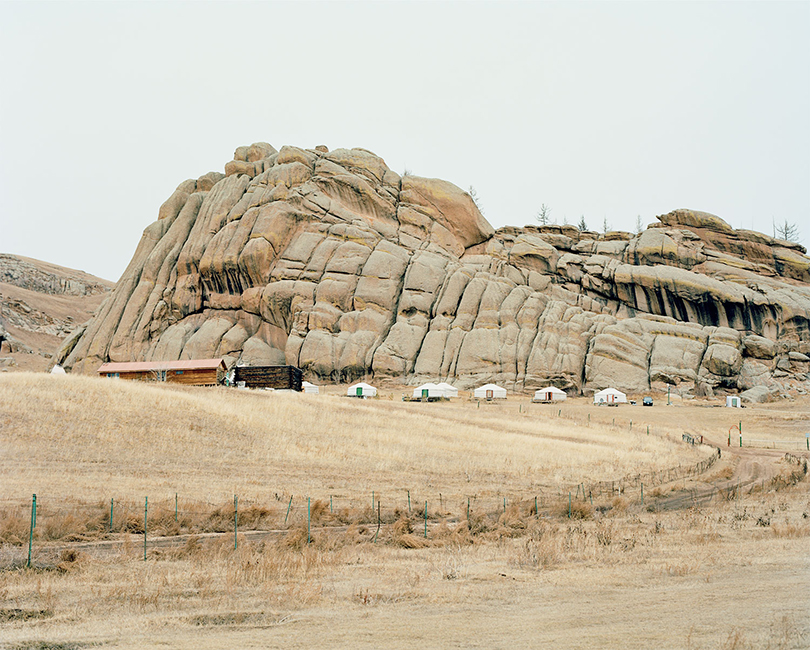 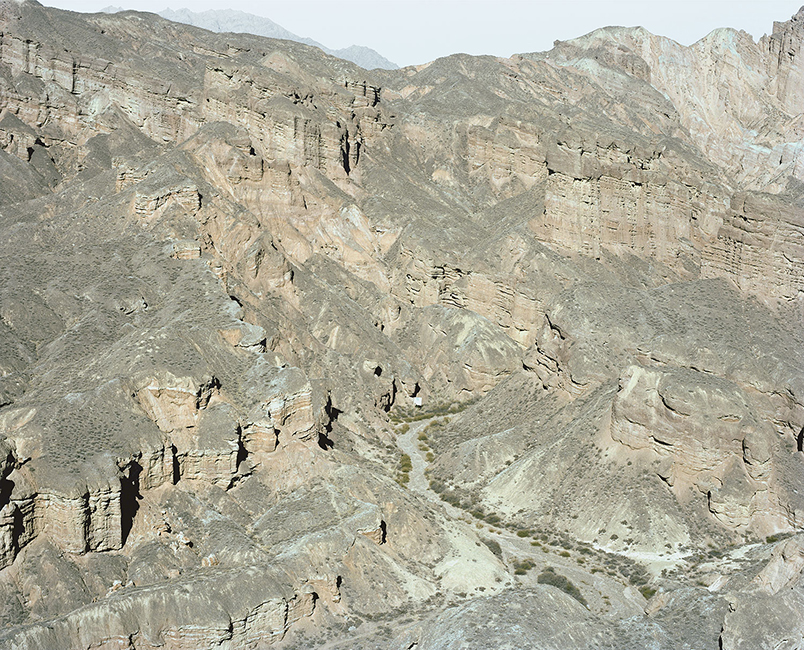 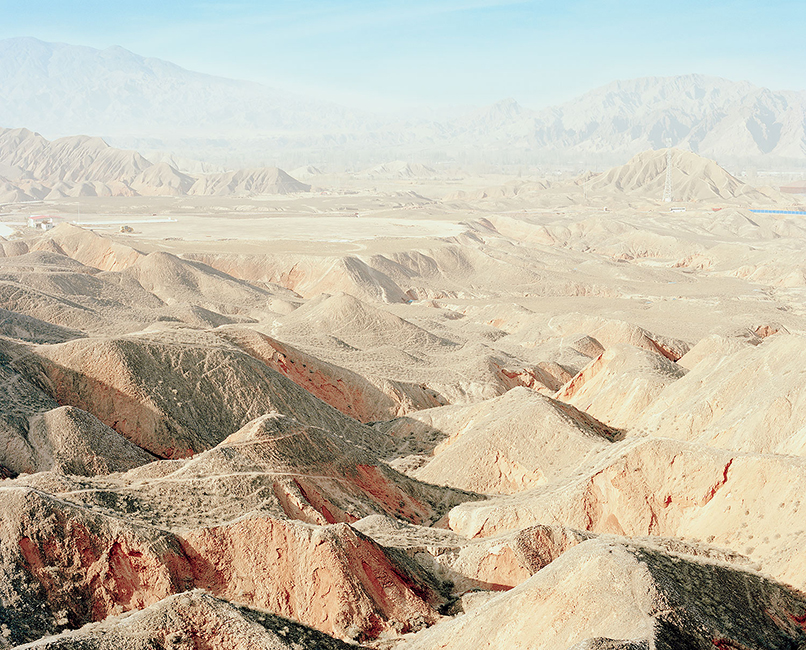 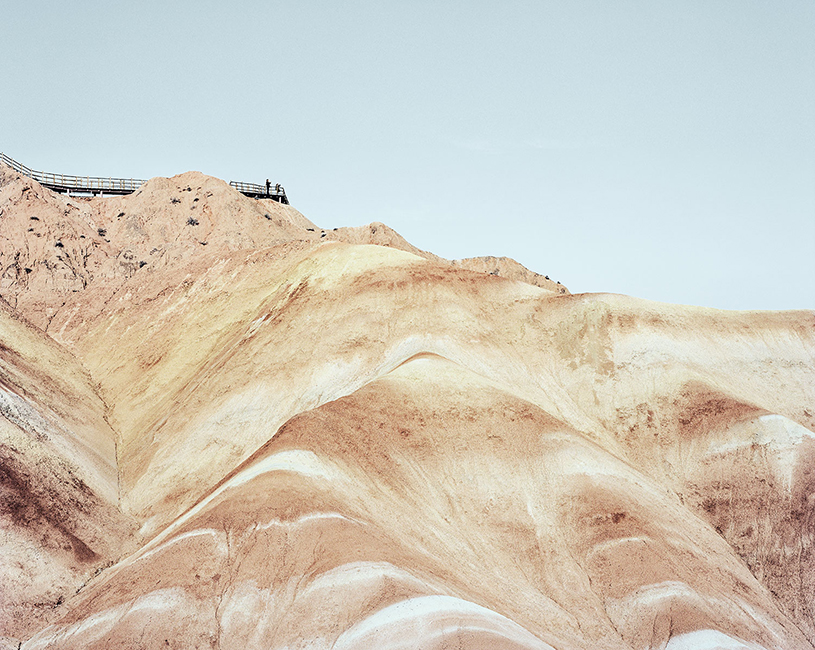 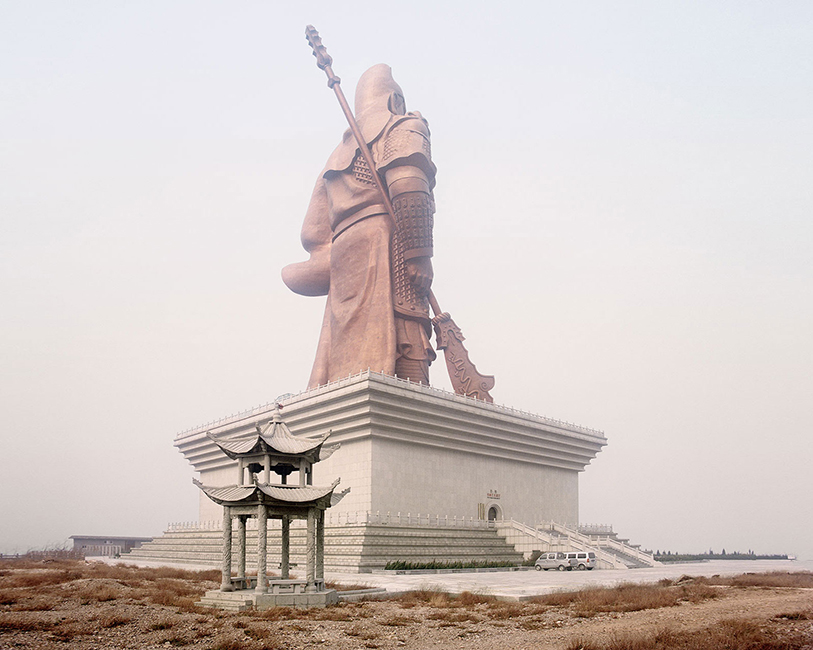 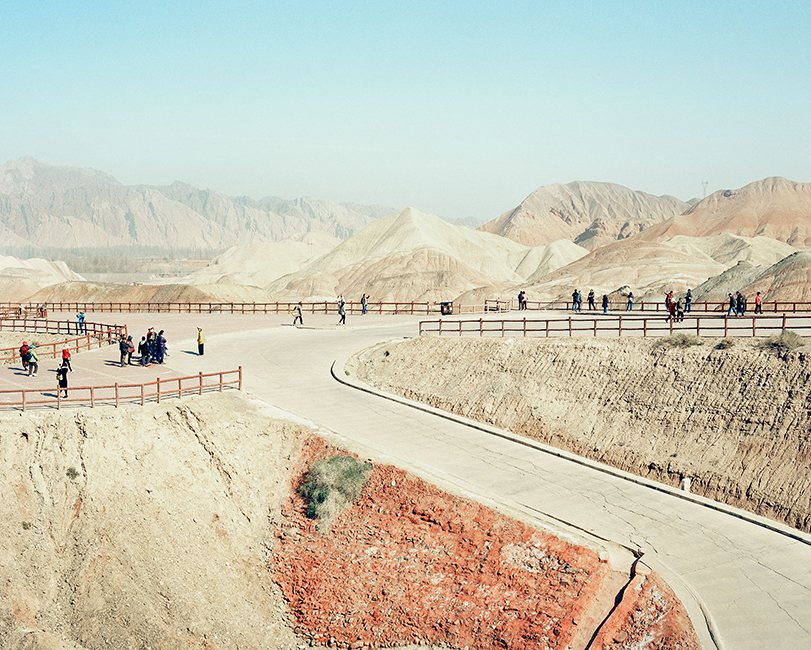 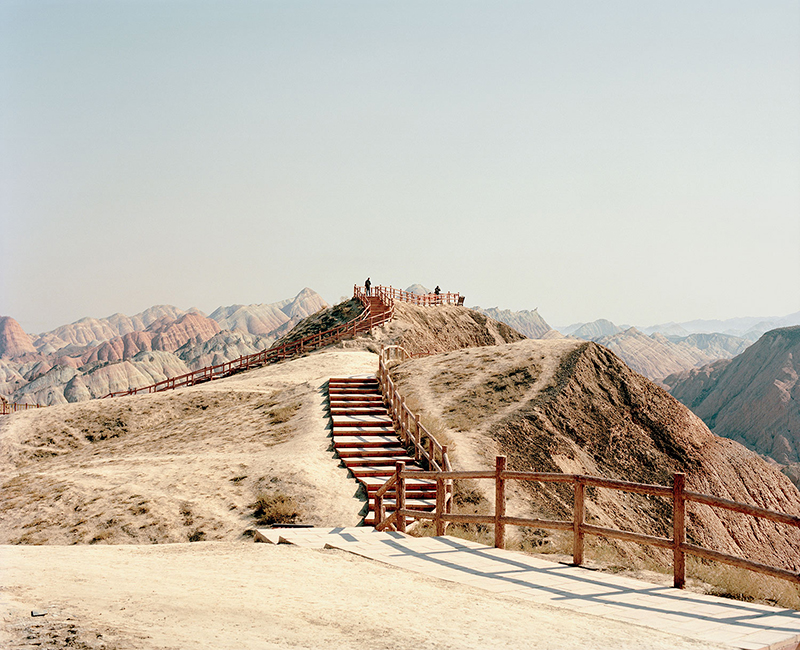 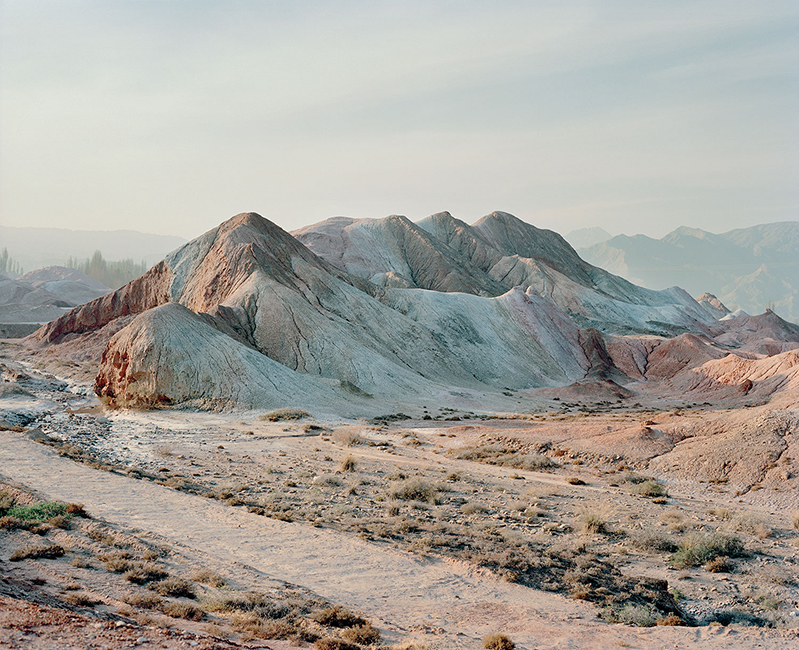 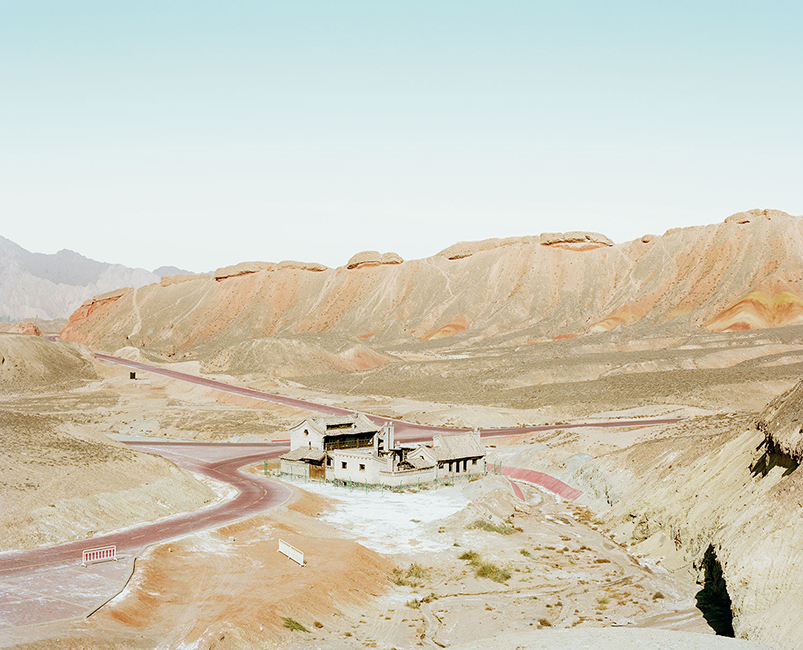 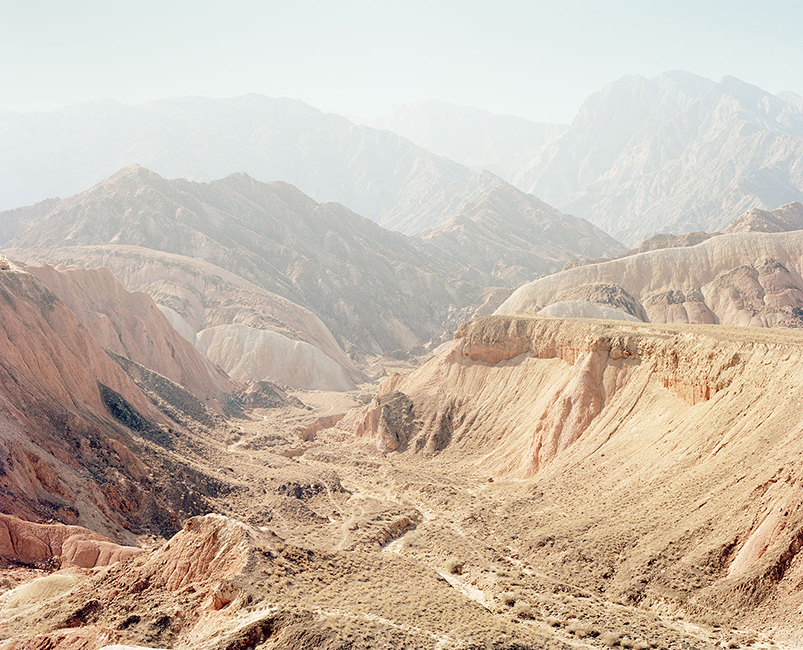 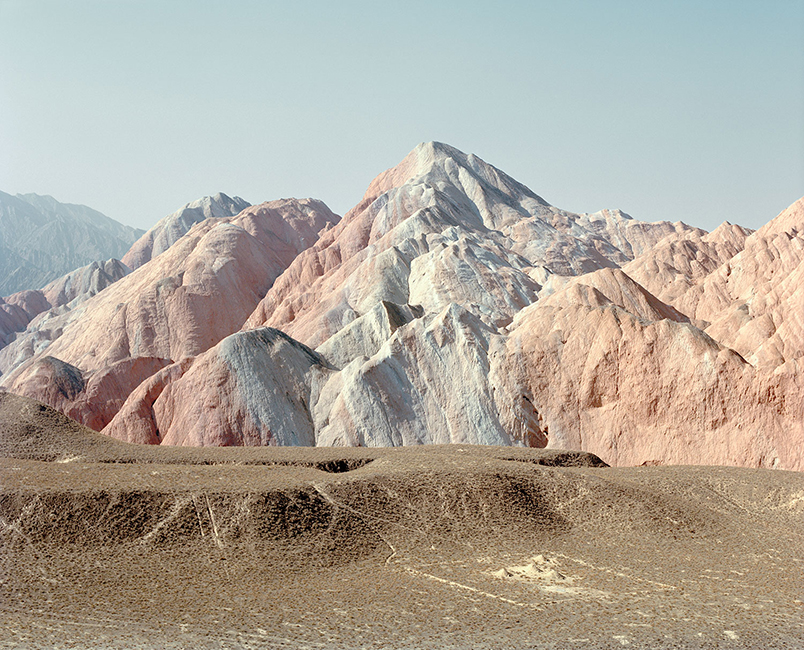 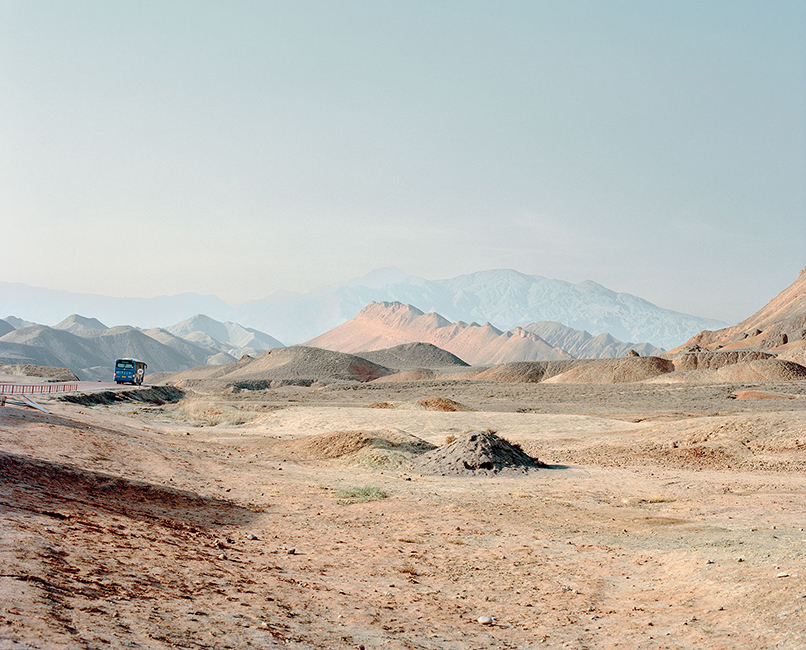 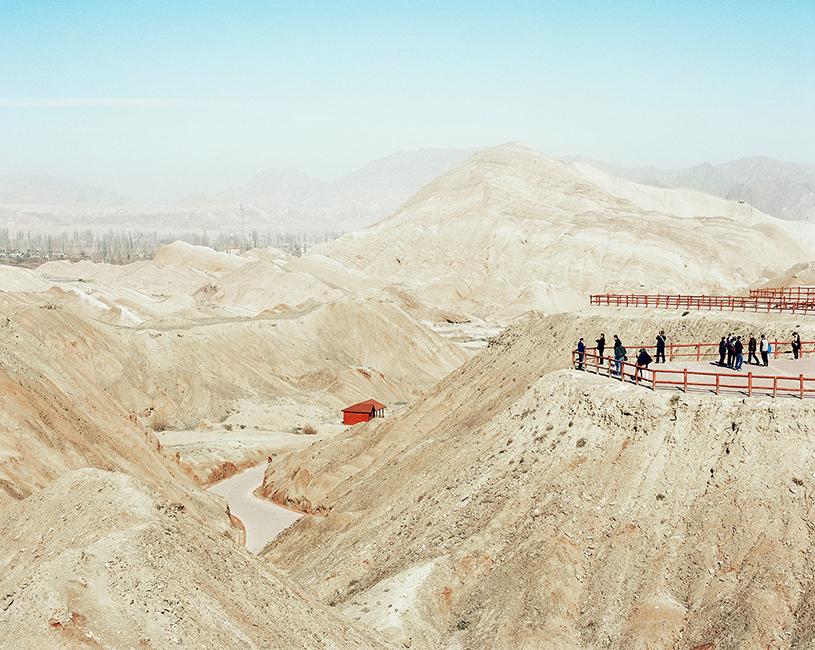 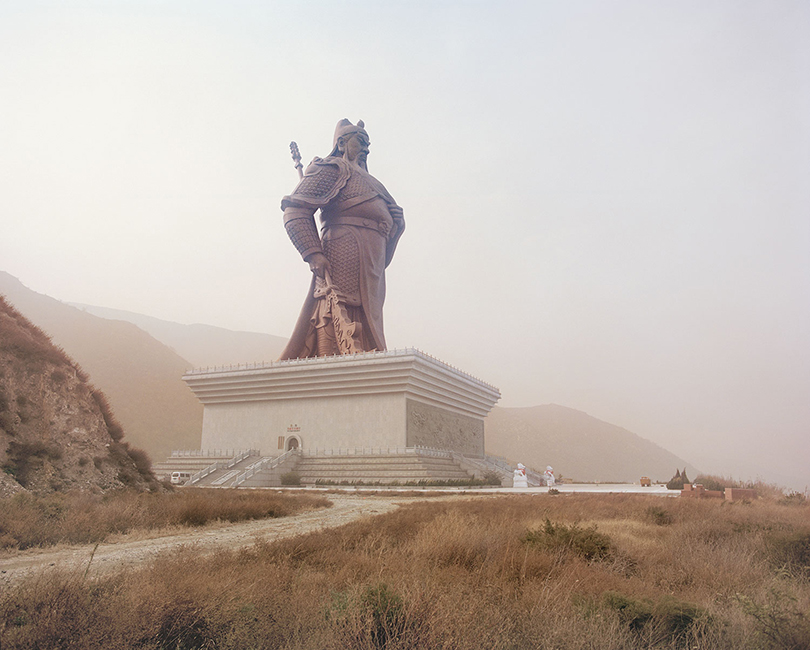 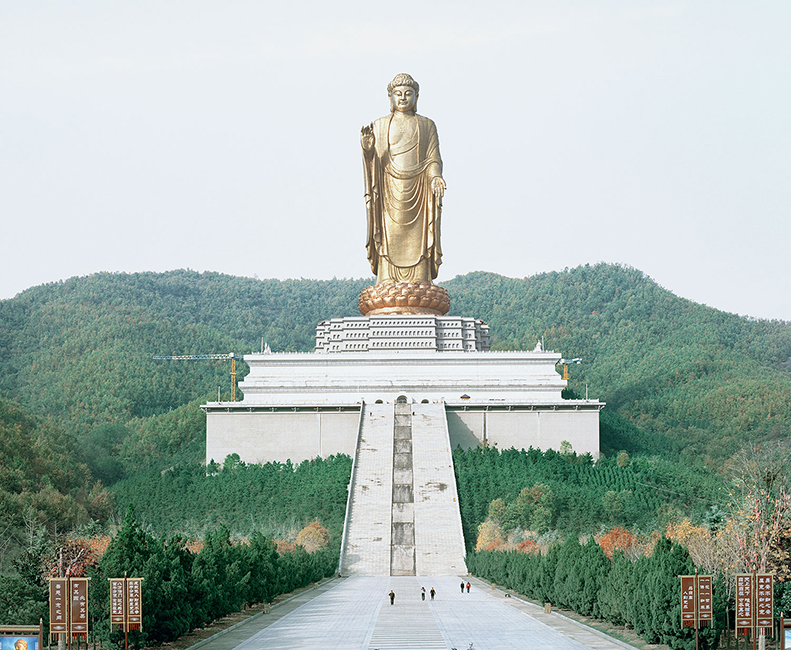 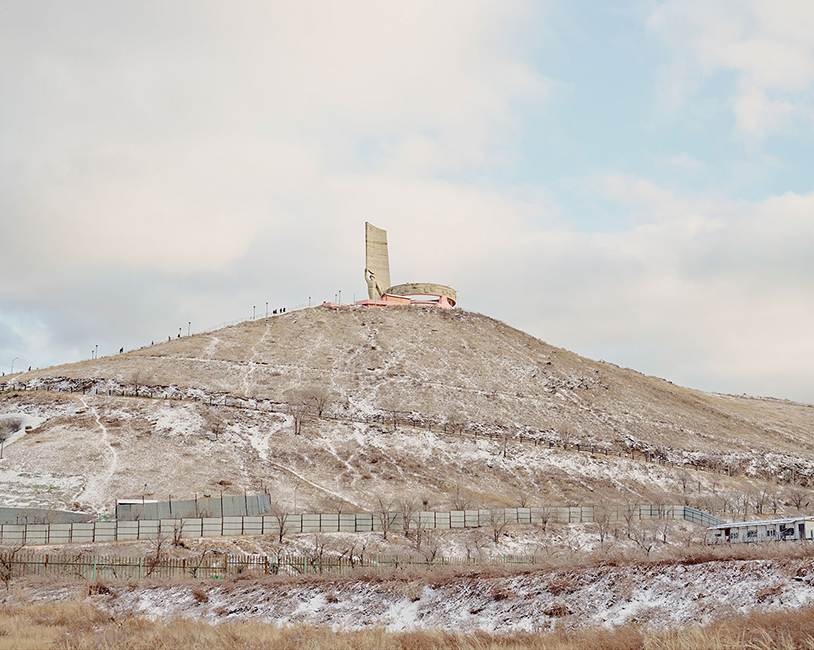 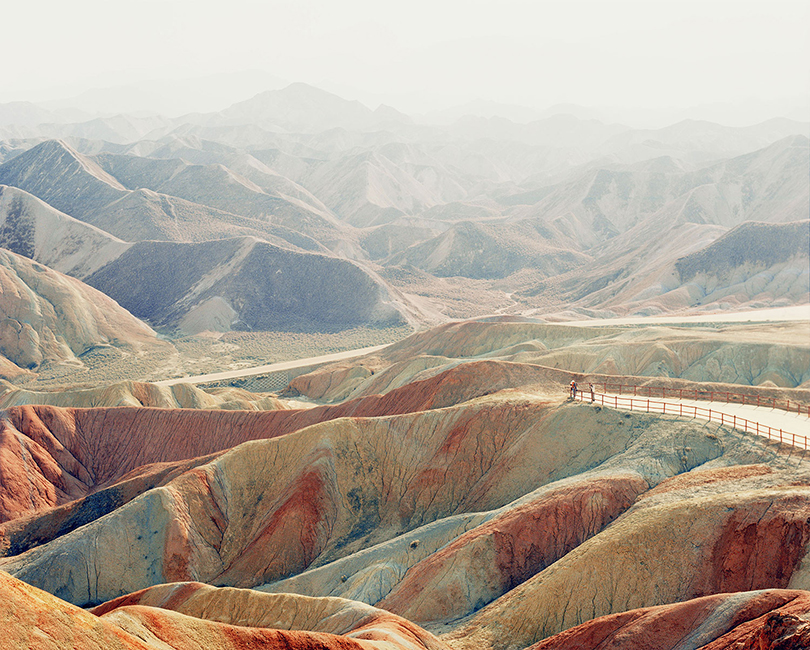 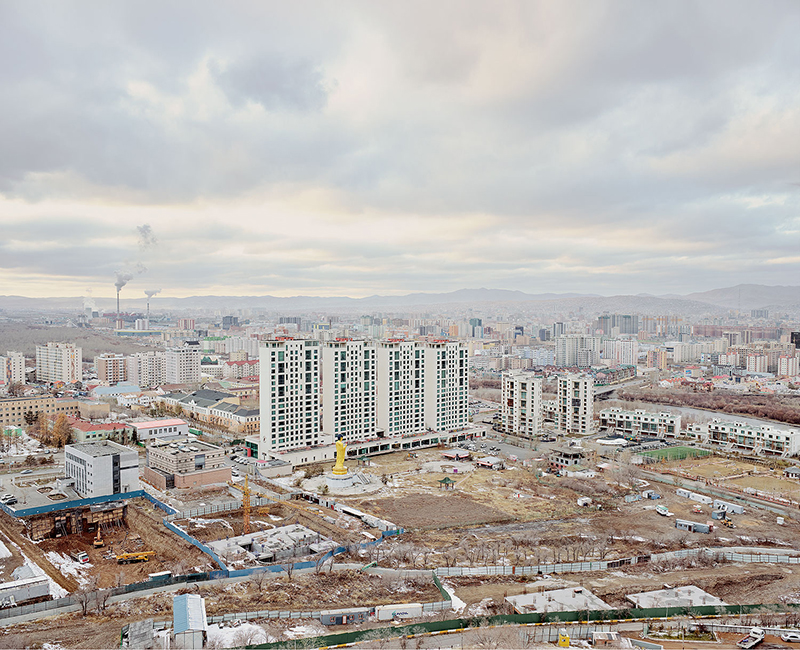 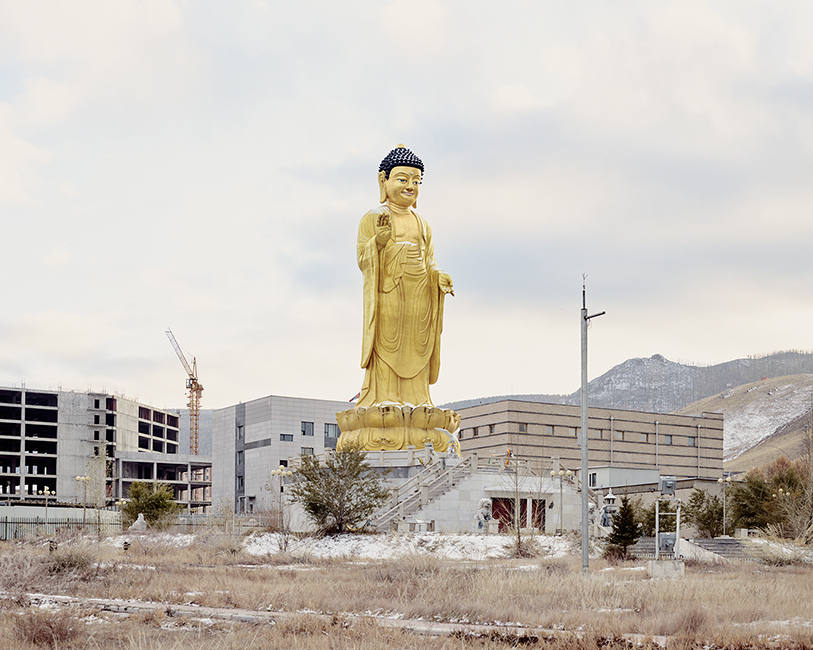 ML: Where in China and Mongolia are these photos taken?

CH: The locations are spread right across China and Mongolia. From Buddha Park in Zaisun, Ulaanbaatar, Mongolia to Zhangye Danxia Landform Geological Park in Northwest China’s Gansu Province, the Spring Temple Buddha located in Lushan County which is one of the tallest statues in the World.
Ice Valley, Binggou Scenic Area, which covers an area of 300 kilometres and has an elevation that ranges from 1,500 to 2,500 metres above sea level and the Guan Yu Statue, Yuncheng, China. It was quite an expansive trip in terms of documenting the sites and one which is ongoing.

ML: What is your relation to these countries?

CH: I’m interested in fabricated memory, national identity, Chinese in particular in this project because it has such a rich heritage, but that is very much from an outsiders point of view. I have no personal relation to China or Mongolia.

ML: What would you say were the most striking differences between the two countries in terms of urban development and preservation of natural spaces?

CH: They are worlds apart in terms of urban development and preservation of natural spaces. Mongolia with the last grasslands in Asia and the continuing nomadic lifestyle has much to protect. They both have the same dilemma in terms of having an abundance of natural resources which has inevitably come under threat in recent years, in Mongolia, partly due to it’s small population and global demand rather than local. It’s a country surrounded by mounting threat the antithesis of China whose resources have been mined so aggressively it is incomparable to most of the rest of the world, and to which there is no way back.

ML: I had lived in China for several years and I know very well that the country has a sense of grandeur. As if everything that was built was supposed to show their giantism. Here we see huge natural spaces with giant statues, making the viewer feel small. Did you do this on purpose?

CH: Yes, I have a keen interest in the notion of the ‘sublime’. The idea that embracing how small we are, and vulnerable can be empowering if looked at in the right way. I think the main role of the photographer in society is to make people see the world in a different way. To freeze a moment and really make people look at that one singular moment and most importantly to provoke people to ask questions, and leave people to find their own answers. How are we imagining our present? How are we sharing this time? How are we picturing this time? How are we experiencing our time? Landscape photography takes me out into the world, to experience the unexpected. To feel small myself, to see how far I could push myself and most of the time just be open to strangers and new places.  I want my photographs to provoke people to look, to ask questions, and to find their own answers because that is exactly what I am doing through taking them, that is and was my main motivation.

ML: Did you aim to represent the Chinese mentality? Or is it something you witnessed and you wanted to show?

CH: Not specifically. I’m interested in the way people interact with landscapes in a variety of different places. Belvedere was based both in Europe and Asia. It’s the universal endeavour I am more interested in. I think it’s probably important to note that the landscapes selected are all tourist destinations. As Dean MacCannell wrote ’Souvenirs are collected by individuals, by tourists, whilst sight’s are “collected” by entire societies.’  In that sense people interact with these landscapes in the same way. They become part of the same whole a series of prescribed views functioning under the same purpose. Although obviously different cultures have differing ways of behaving. Guided tours are more prominent in Asia for instance, whilst we in the west more often than not like to feel that we are taking in views individually.

ML: I get a sense that you’re trying to state that humans are trying to dominate nature from the significance of man made structures driving through mountains landscapes or cities surrounded in greenery. Was your message to demonstrate the rivalry between humans and nature?

CH: It is important to me that my photographs be connected to my principles, that they ask questions about human nature and our desires. To bare witness to this collective striving for transcendence that seems to be ingrained in the modern man and Universal Experience is an attempt at that. To make people feel something, some kind of truth that resonates with their own lives or their own actions. I think people constantly try to escape our mediated world because it’s very difficult to find something truly authentic, so much of our lives are based around reproductions and mass manufactured illusion, we start to get that overwhelming feeling that we are all occupying the same space and so we seek out new experiences as a remedy to that feeling. This is an ongoing theme throughout all my work but as opposed to the previous project Belvedere, Universal Experience aims to focus on the more surreal and unexpected locations in which these sites exist, with a specific focus on scale and vastness throughout the project, so I can see why the idea of  ‘domination’ might stand out. A major theme in this body of work is nostalgia and abandonment.  Giant Buddha’s that exist in small desolate villages in rural china, and expansive mountainscapes with barely any visitors, the aim is to shine a light on both the strange and sublime nature of these spaces. The way in which landscape and architecture are invested with individual and collective memory.

ML: There are several photos that have large statues or alters that elude to the divinities are larger than nature. Would you say that the representation of divinities are being used as metaphors?

CH: I think both the monuments themselves and the tourist experience itself can be seen as a metaphor. Travel is often imagined not only as a time for relaxation and reverie but also as an opportunity to seek out new formative experiences. Whether it is sites of historical importance or natural splendour that are visited, each is approached with a heightened awareness of its significance as a place of beauty and grandeur. As the American sociologist Mark Gottdiener has argued, “more than any other everyday escape, the holiday is a small-scale replica of the great escape messages of our culture.”
Tourists are very much like semioticians, the landscape becomes a series of signifiers and pre-established notions.
As John Urry wrote in ‘The Tourist gaze’ ‘ All tourists…….embody a quest for authenticity, and this quest is a modern version of the universal human concern with the sacred. The tourist is a kind of contemporary pilgrim, seeking authenticity in other “times” and other “places” away from that persons everyday life. This is partly why so many of the locations I chose feature monuments thought of as sacred.

ML: When you choose to show human made work like statues and new concrete cities, is that a dystopian vision of China you wish to share? I ask because in most of  your landscape pictures I notice traces of human impact; like a trail, roads or barracks. Are you highlighting that as humans we have more  and more impact on nature?

CH: I’m looking at the behaviour of people which is partly why I chose the title Universal Experience. We experience the world through encounters, mostly seemingly inconsequential short experiences, tourism specifically in it’s universality helps us understand and digest the complex nature of the world. I’ve always believed that the most trivial acts, are the most telling, the pleasure of discovery and adventure, no matter how choreographed encourages us to be curious. So I would always hope that my work is uplifting at it’s core as opposed to trying to illustrate a dystopian vision. Landscape is seen primarily as a cultural construct and only secondarily as a natural phenomenon. The main themes I was tackling in this series were nostalgia and abandonment, I hope to capture the intertwining of natural beauty and the artificially engineered viewpoints from which people choose to remember it by.

ML: Even though the landscapes are different, the global theme reminds me of the series by Nadav Kander’s ‘The Long River’ and Zhang KeChun’s ‘The Yellow River’. How would you say your work is different? What different angle are you trying to show?

CH: Well I believe Nadav Kander was using the river as a metaphor for the unnatural development in modern-day China and Zhang KeChun’s river represents the roots of the nation. Both have a feel of pilgrimage so in that sense the process is quite similar, although as you say the landscapes are very different. I’m always more interested in capturing quiet moments, where the work is both intimate and expansive something both series mentioned above do in a way I really admire.

ML: China is often misperceived by other countries. Even though I think more and more people are informed about the massive chaotic construction and environmental issues. I find that tourists of China expect to see “ancient China” and often return home disappointed. Was it what you expected it to be? What impressed most about the country?

CH: I’ve been visiting China consistently for different projects over the last decade and I never feel disappointed, it fascinates me but I am looking at it through a very particular viewpoint. It is probably evident in my work but I think it’s the more remote areas of China that I find captivating. The landscapes in China in areas like the Gansu Province in particular can seem infinite, it’s quite overwhelming digesting exactly what you are seeing at times, which is something I seek out. No matter how many times I’ve visited I always go home feeling like there is so much more to discover. And get the impression that the Chinese inhabitants feel that way themselves.


CH: It’s more of a pastel colour palette in this series, so many of the spaces were sandy and dusty that I felt it made sense. I think it helps bring out the subtle nuances in terms of scale and depth, so as to be highly detailed but minimalist at the same time.  The horizons often seem to dissolve into nothingness, so I knew I wanted to accentuate that through the colour palette quite early on. I always have it in the back of my mind that I want my images to give a subtle nod to the idea of the postcard so using quite vivid colours is significant.