The QuingHai region of Tibet photographed by Rinchen Ato. 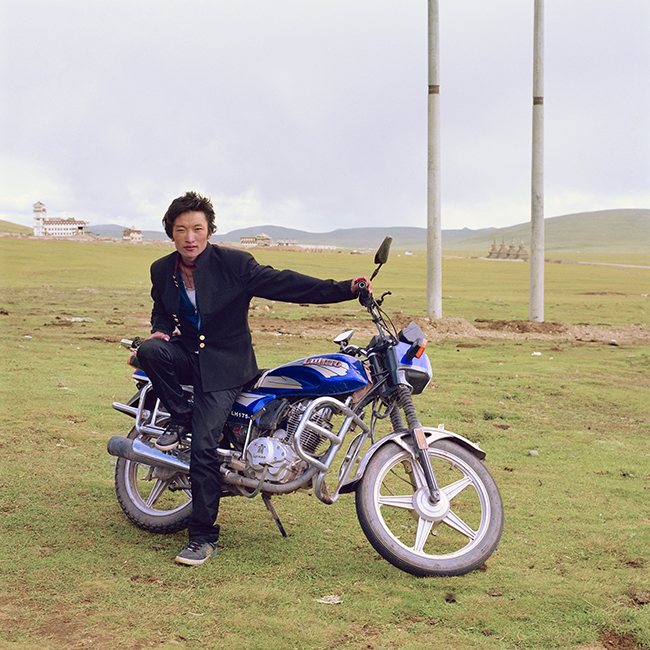 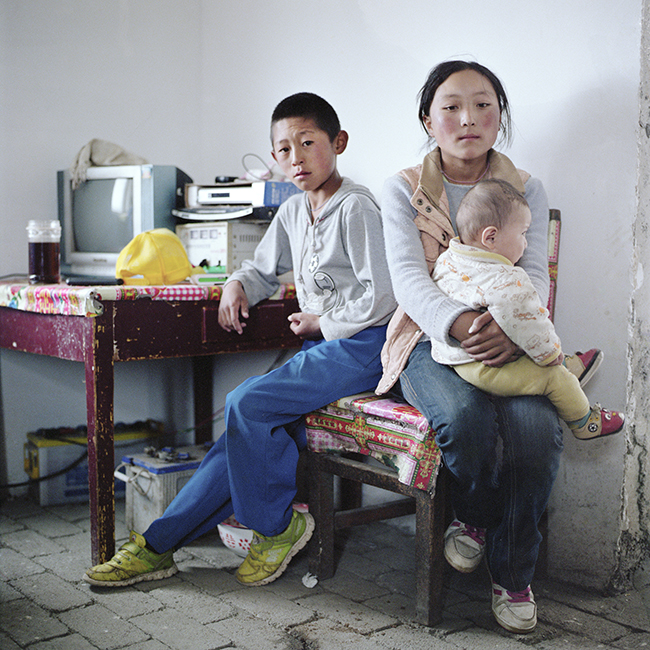 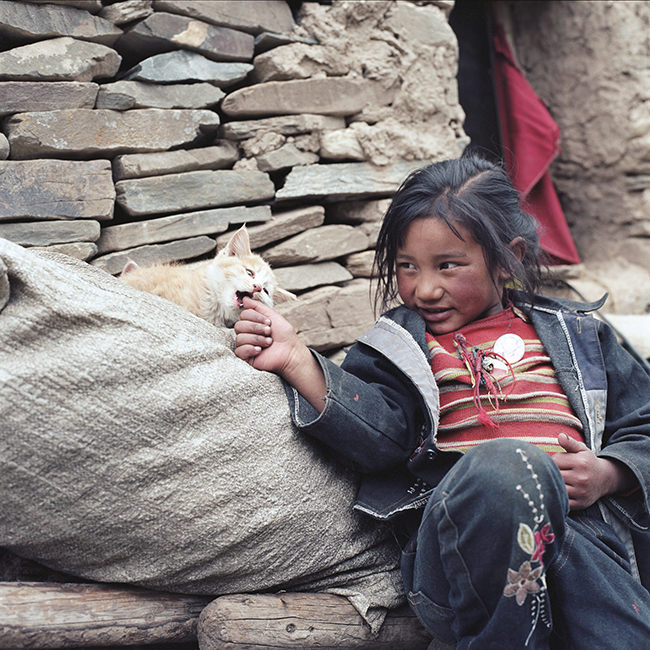 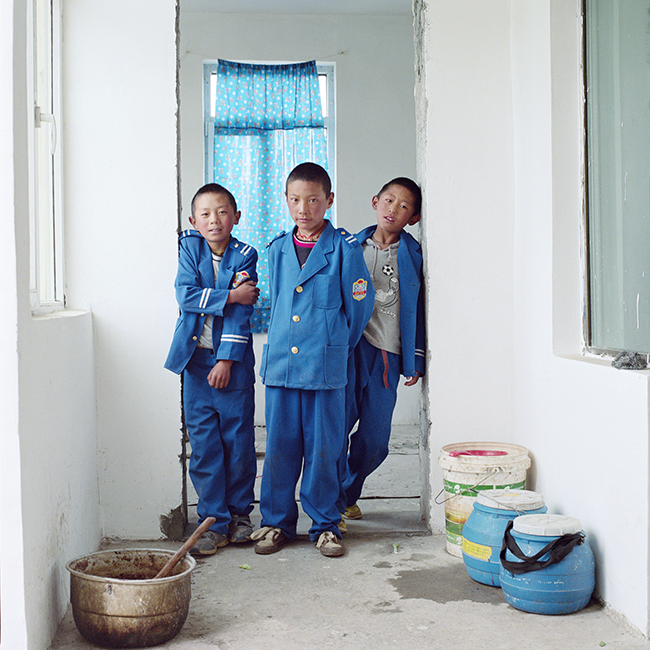 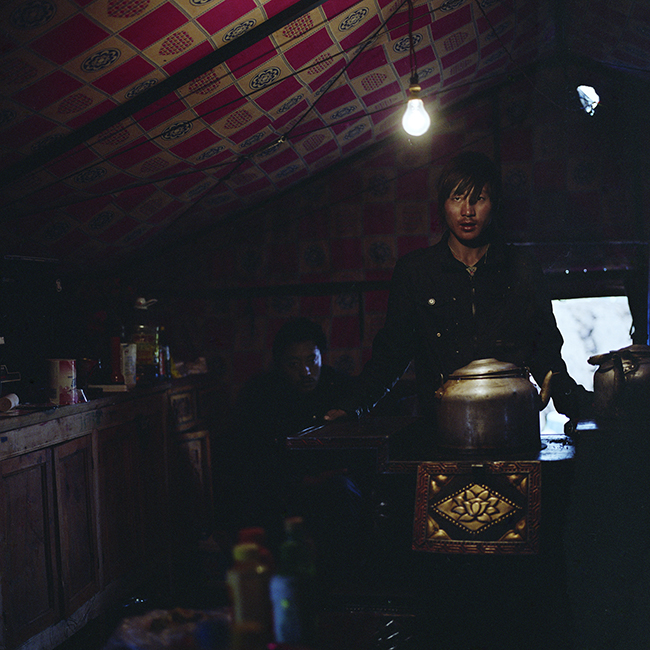 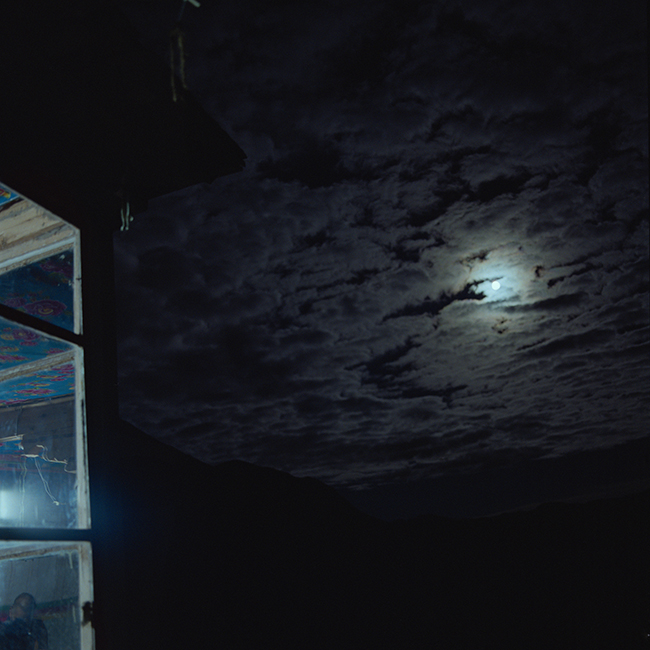 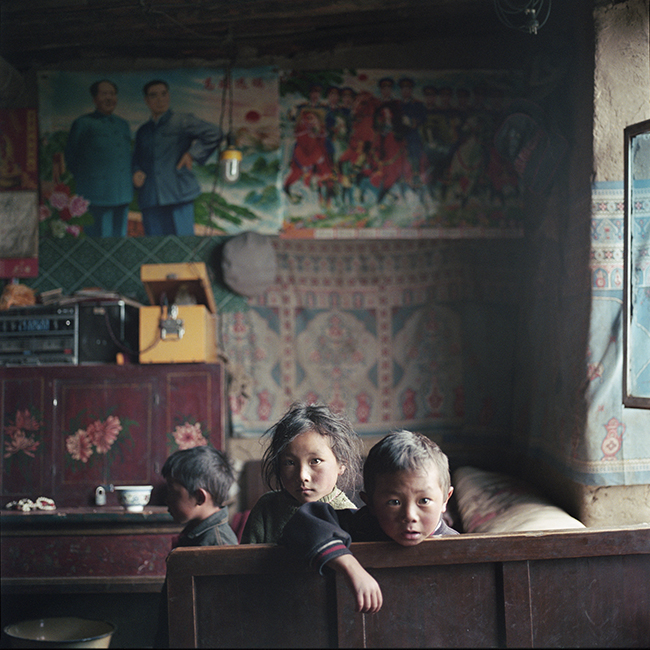 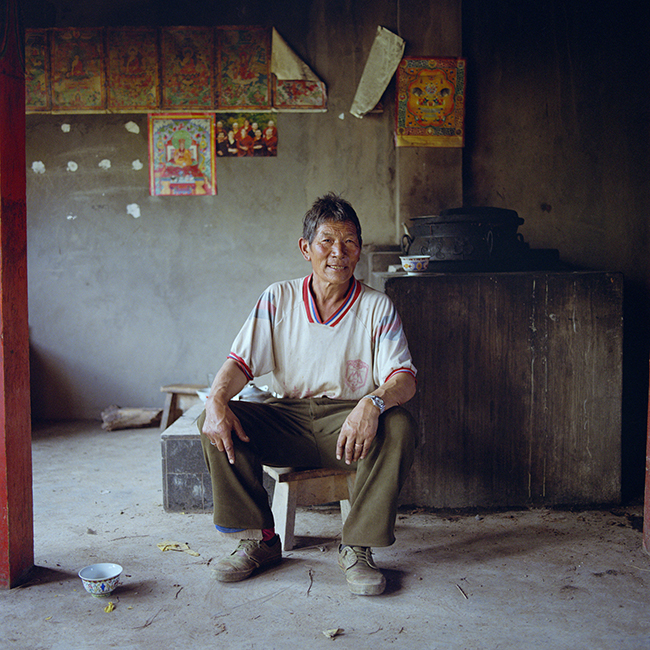 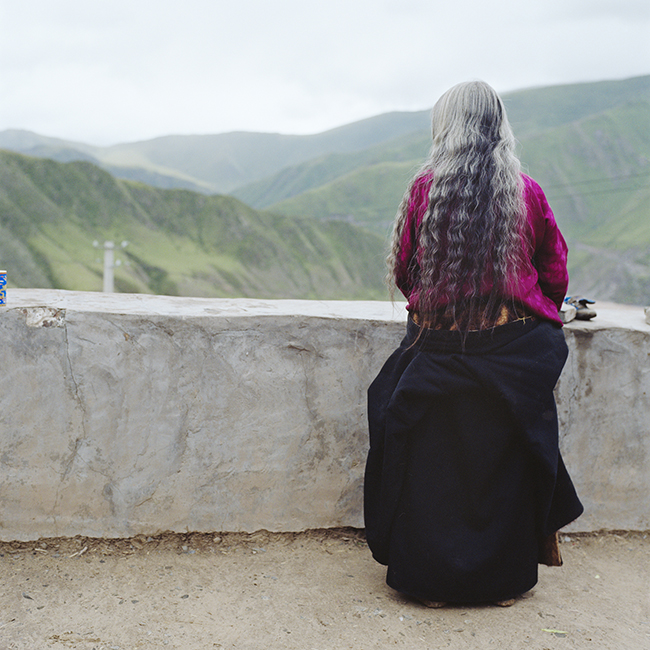 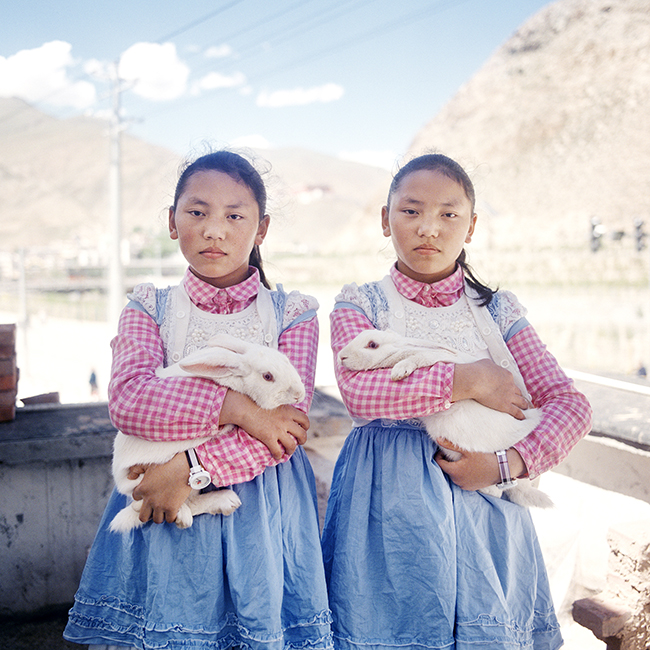 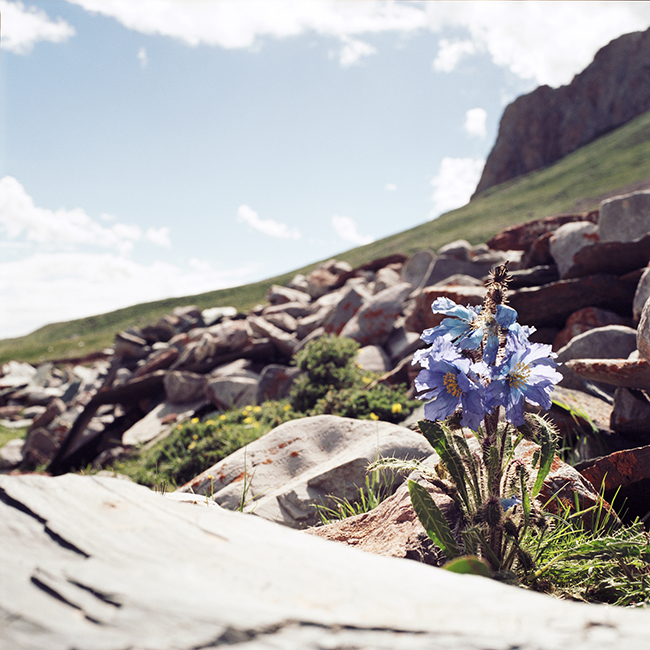 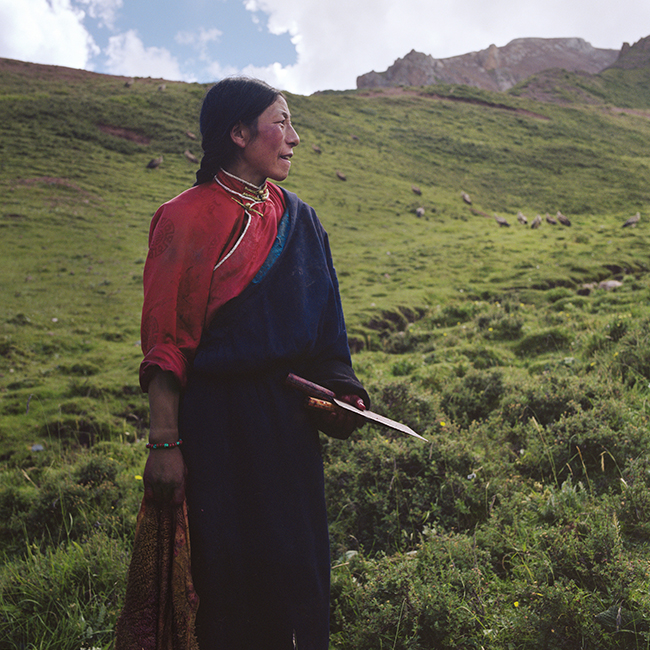 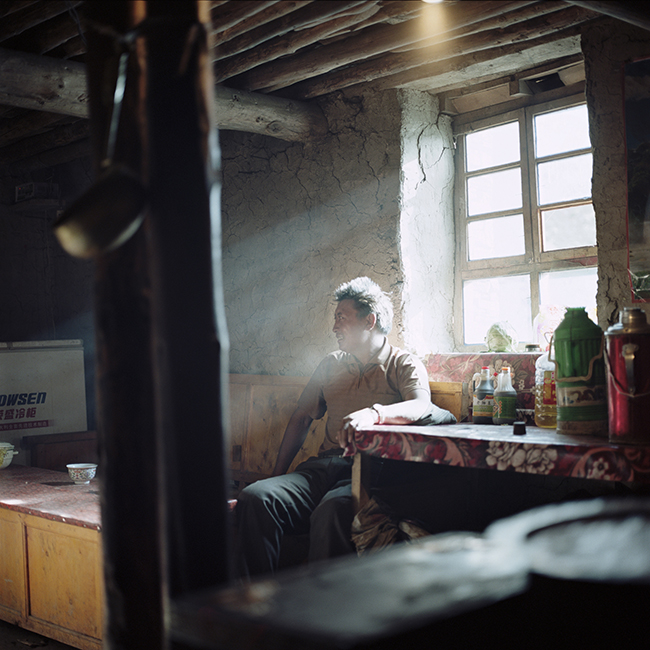 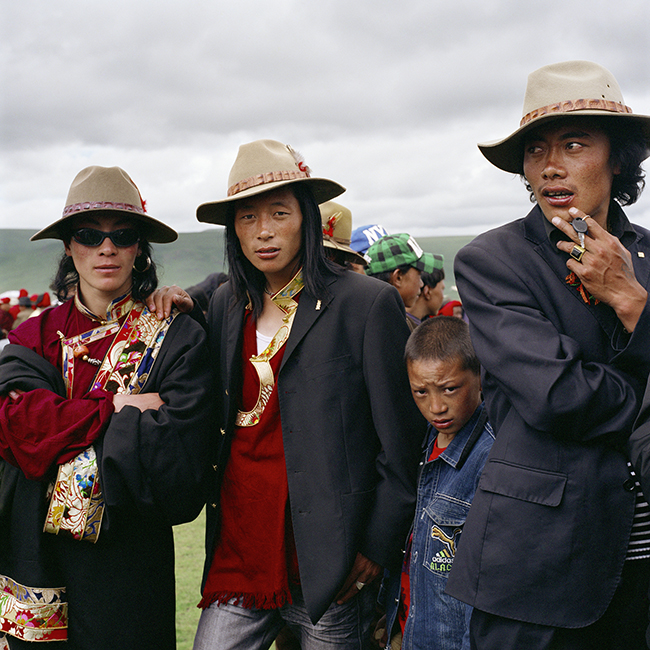 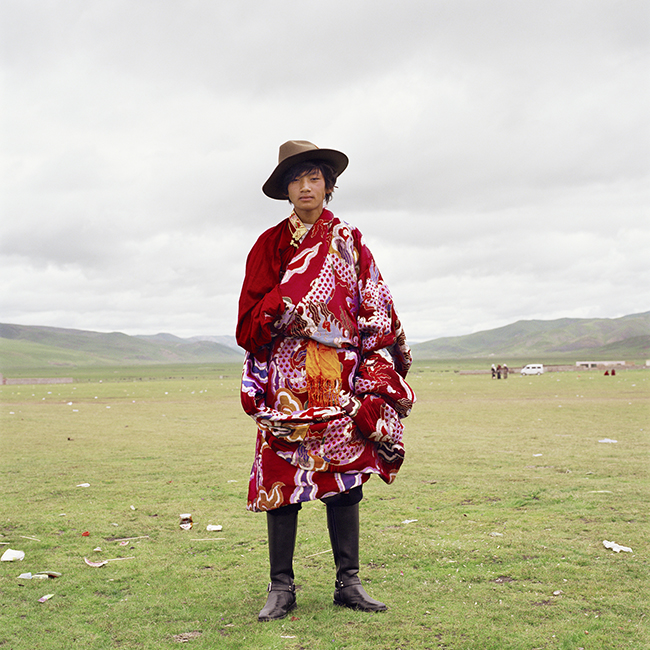 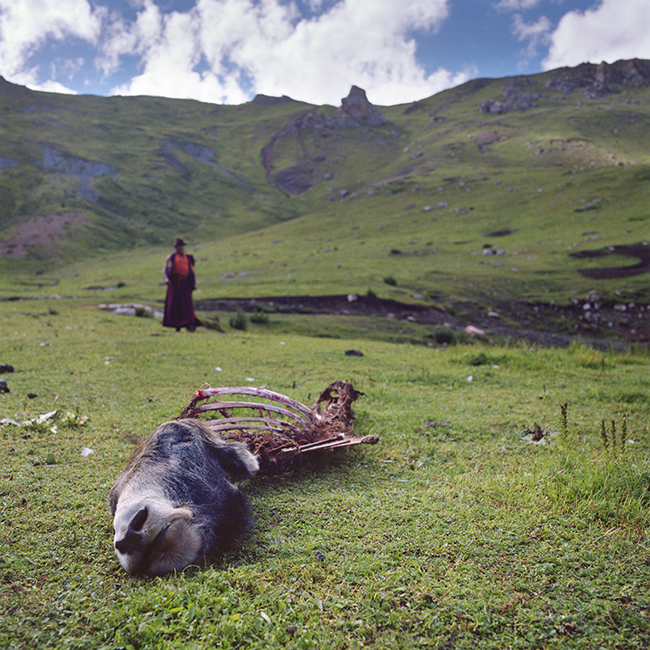 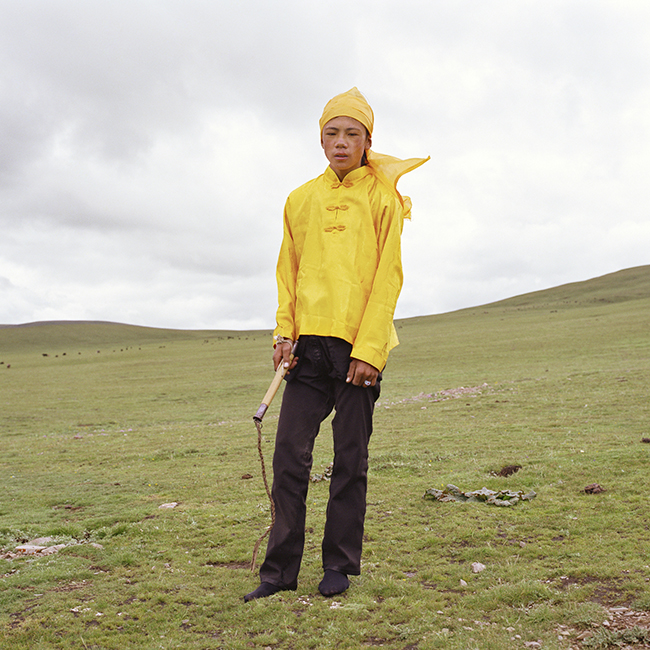 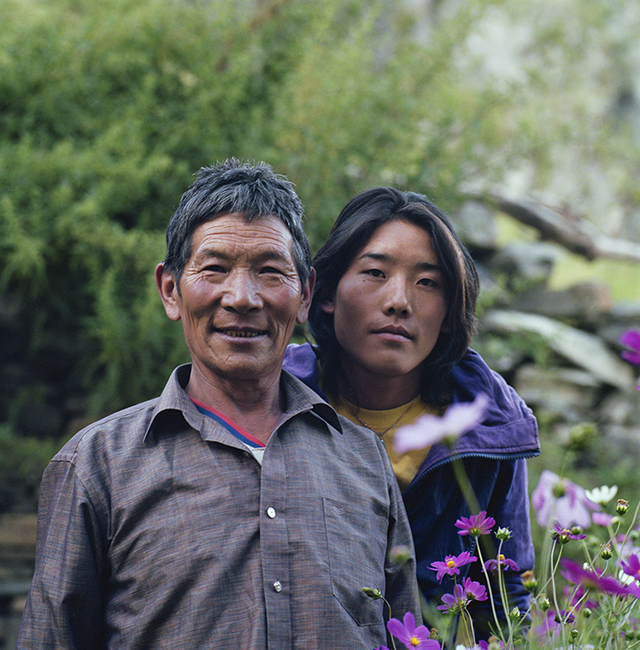 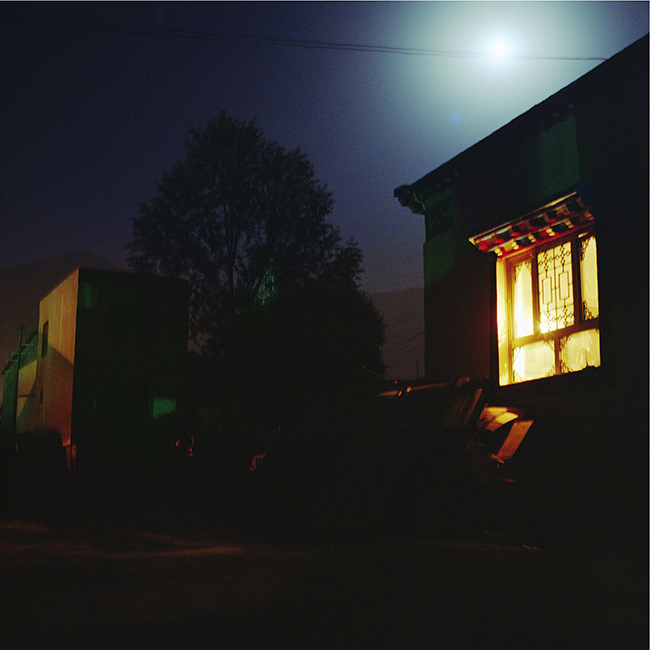 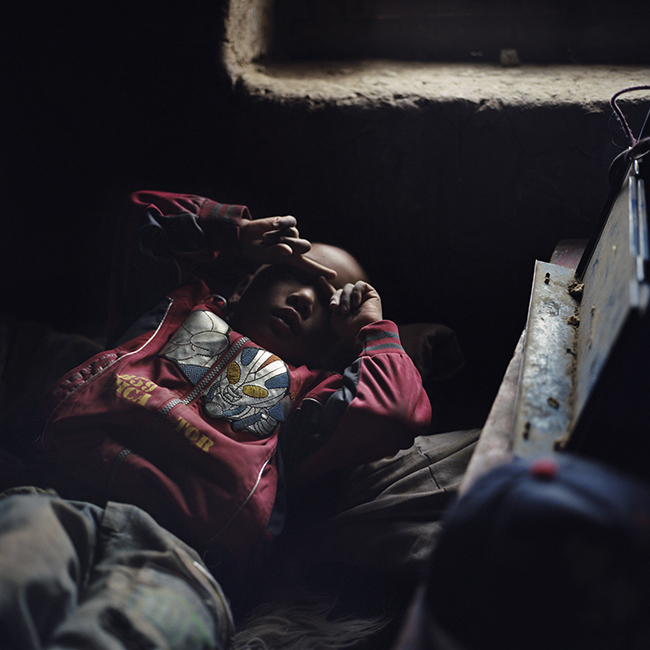 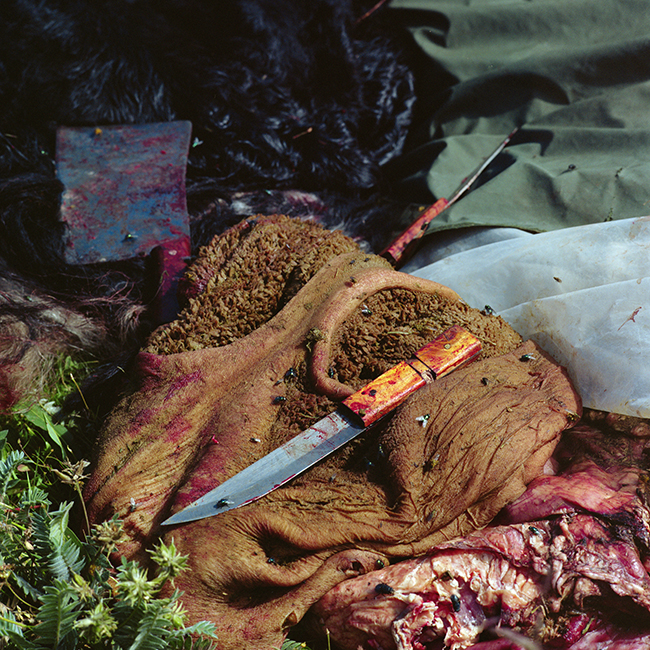 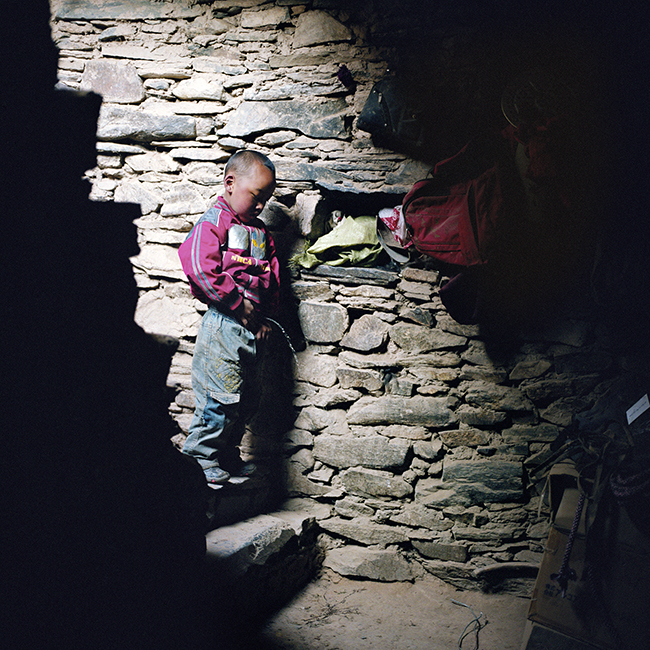 ML: You are an English citizen with a Tibetan heritage, when growing up in England how often did you have the opportunity to visit your father’s homeland?

RA: I first went back when I was seven. At that time the journey took almost a month. A 10 hour flight to Beijing, a two day train journey, 4 days by jeep, 1 day on the back of a truck and then 10 hours on horseback and at an ascent of 15,000ft. Because of school I wasn’t able to make the journey again until I was 18 but I’ve been back every year that I could since. Now, you can fly straight into Jyeckundo, the closest town.

ML: Do you still have family there?

RA: Yes! My father was of one of 11 children, sadly my Aunts have passed away but I still have lots of cousins there.

ML: Could you let us know why your father emigrated in England? What is his background? Rural or urban?

RA: My father was born in 1933, in Kham which is in the East of Tibet, now the Qinghai province of China. With arrival of the PLA of China my father, who was studying in Lhasa at the time, travelled to India and lived there for seven years before he met and married my Mother.

ML: Do you speak a Tibetan dialect?

RA: I speak a very localised dialect. I learnt most of my Tibetan from the local old ladies and monks.

ML: Could you explain what Khampas means?

RA: Khampas are the people of Kham, ཁམས་, in Tibet. They are renowned for their bravery, horsemanship, marksmanship and fierce sense of independence. Kham is situated in the eastern corner of the Tibetan Plateau and is traditionally referred to as Chushi Gangdruk ཆུ་བཞི་སྒང་དྲུག་ 'four rivers and six ranges'.

ML: Who are the people on the photos? Family members & friends? Or also people whose path you crossed while traveling there?

RA: My work mostly focuses on family and friends although of course there are people I come across who I make portraits of. I’m a social person. I’m interested in people and I guess it’s naturally evolved into my focus. An important part of my work, when making pictures in Kham, is to avoid a typical, colonial gaze. For example photographing people because they look ‘other’ or casting them in a romantic light. I rather the focus to be on the individual and not where they are from or what they are wearing.
ML: In one of the photos in the “monastery “ series we can see a portrait of Xi JinPing on the wall, but also a big poster of Mao in some people’s household, do you know why they have been hung there? It’s hard to believe (at least from a western perspective) that Tibetan people would deliberately hang a picture of the head of state that has colonized and abused their people for so long. Are they forced to?

RA: This image is part of a project called the Rising Sun. After a logn afternoon We’d stopped for tea at a friend’s and I saw the portrait of President Xi Jinping so took the shot. I had no high hopes for it but somehow, the light, my three friends, the composition, it became my favourite photo.

Anyway, during the Cultural Revolution, people weren’t allowed religious iconography, so they hid and buried statues, paintings and photos. Instead, they replaced their shrines and religious imagery with a pictures of Chairman Mao – a show of support, an insurance policy. I’ve heard rumour that, in some areas it is required if you live in a government built house . But in the houses I visited I think it is because this tradition became a part of the culture, so even though they are now allowed shrines some people still have political portraits in their house like an iconographic hangover, a sort of extra protection.

ML: I myself lived in China for a few years, one of my best friend there was Tibetan from the Ganzi province in Sichuan. I was invited to his wedding in his village and what surprised me the most is that local people would have a portrait of the Dalai Lama in their cars and home. I thought that was strictly forbidden and even dangerous, and when I asked my friend how that was possible, he replied that if the people were forbidden to hang it then they would potentially rebel and that the government preferred to allow them this freedom. Is that the same in the Qing Hai province?

RA: I really couldn’t say about Ganzi but I know Qinghai is more relaxed than in Lhasa. For example I do see H.H. Dalai Lama’s portrait in many homes and cars. I actually have another project of these but I am a little more careful where I show them. My guess is that if it’s not overtly political and just for a religious reason it is more acceptable but I’m not sure this is the official line and I don’t think it would be wise to walk about the streets waving them around.

ML: The twins photos are fascinating! How did you find so many pairs of twins in the same area?

RA: They’re actually the same twins. That’s funny you say that because I see that picture as quite ordinary. Lhamo Tsertso & Lobsang Chödron are the twin daughters of a friend of mine and I first shot them at about age 2. I’ve continued taking their portraits every year that I’ve been since. The project started in a naïve way. Twins are an obvious subject for photographers as the very notion suggests the mirror-like rhetoric that photography has with the world. It’s also interesting because when you shoot subjects so similar, under scrutiny, it also highlights the differences between them and shows how we’re all individuals. But as the project now stretches over such a long period it has evolved into something more, an uninterrupted sequence, a body of work in it’s own right marking the passage of time. As they have grown and changed, so too has the environment around them, yet the resemblance between the girls remains constant.

ML: Did you ask them to dress up and pose in a specific manner for you?

RA: In this image they were 15. We’d finished lunch and were sitting around chatting but this year was different from the previous years. They dashed off to their room to get ready and were gone in about half an hour. They came out wearing these incredible gingham dresses and matching watches. It felt like a real transition, they’d become conscious of their appearance.

We stood on the balcony overlooking the town. The rabbits were a birthday gift and they wanted to hold them, and there it was, the shot.

They’re 19 now and at University in China. I’d love for the project to continue.

ML: What would you say, after all these years of traveling there, touched you the most in terms of human interactions?

RA: In 2010 there was a devastating earthquake and the town and surrounding areas was totally obliterated. Families and businesses were moved to relief tents, which were adequate when I visited that summer, but the weather can be extreme during the winter with temperatures dropping to below -20C and it took two years to remodel and rebuild the town.

This could have been a series about the grief and the pain but I couldn’t do it, I didn’t have it in me. I couldn’t remain detached, these were my friends, my family and I couldn’t turn the lens on them and be complicit in their pain.

So instead I wandered around the area, often at night, and photographed the landscape using long exposures in low light. On the surface, these are aesthetically pleasing but once you understand the context and the subject they take on a new meaning.

I saw such resilience and such strength.

ML: As a western person with a Tibetan background it easy for you to engage with the people there about the Chinese presence?

RA: The topic doesn’t come up that much to be honest. We mostly just focus on spending the most quality time we can together, watching our children play and grow together. There is a much larger Chinese population there now thanks to government initiatives which effects employment but education and healthcare have dramatically improved.

ML: Are you interested about the topic? Or is it a topic you’d rather avoid?

RA: Of course, but it’s not something I talk about publicly.

ML: What are the people’s biggest aspiration there? What do they hope for the future of their children?

RA: Probably the same as most people here in the West; to be happy, to be well, for their family and friends to be well, to be financially secure and for their children to have a good education and future. They aren’t yet at the stage where they are reminiscent about nomad life in the villages but I think that will come soon. Oh and a 4x4 Toyota wouldn’t go amiss I reckon!