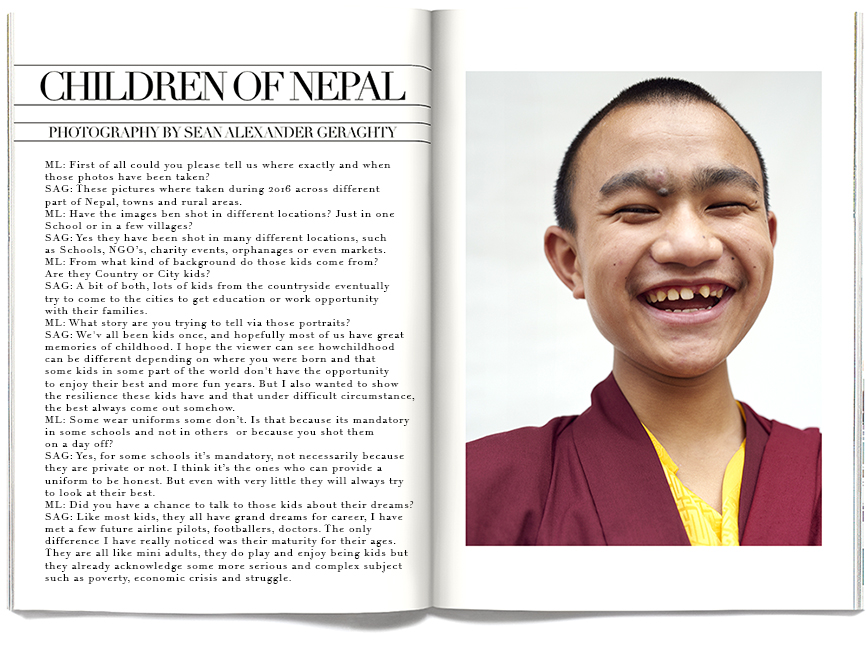 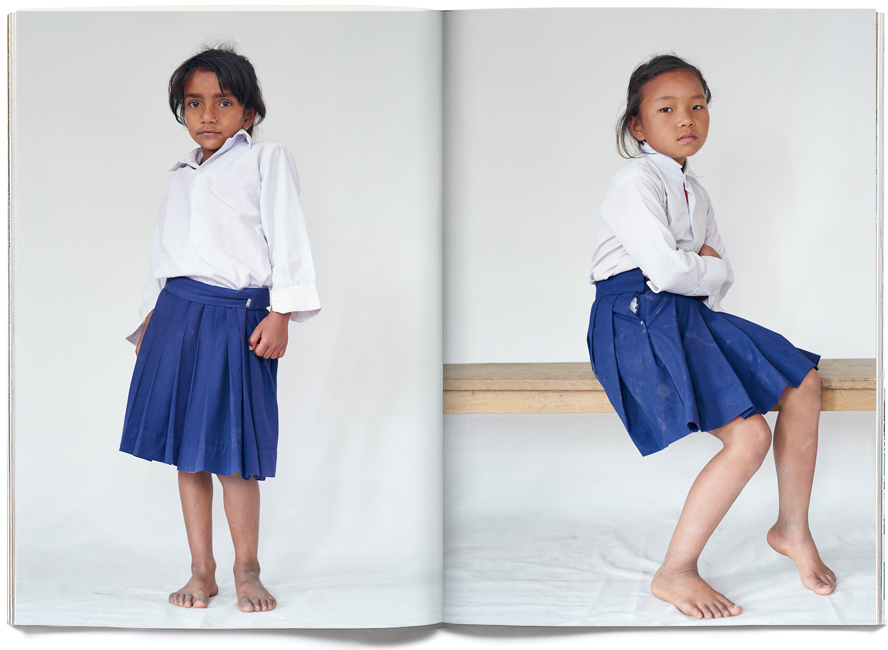 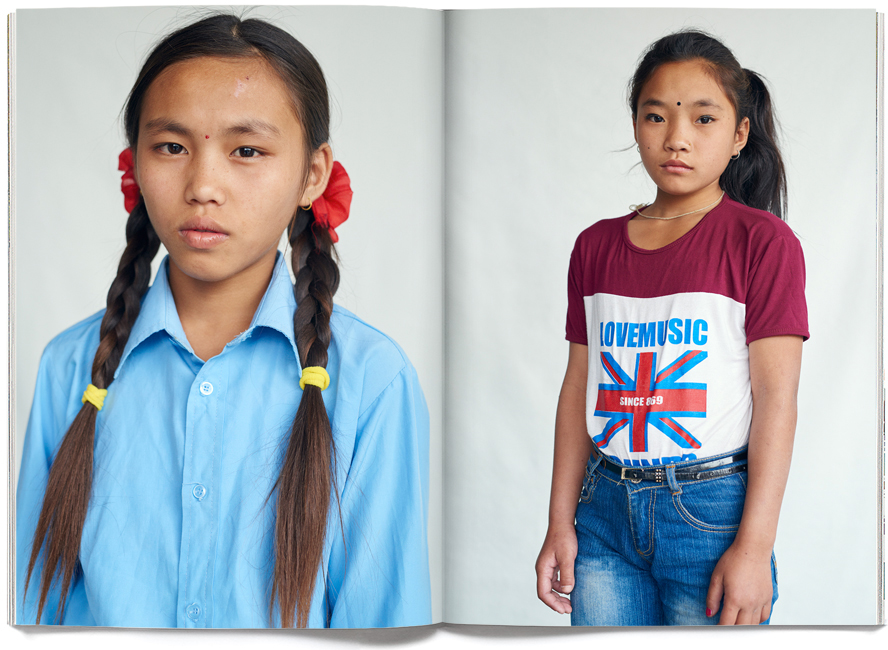 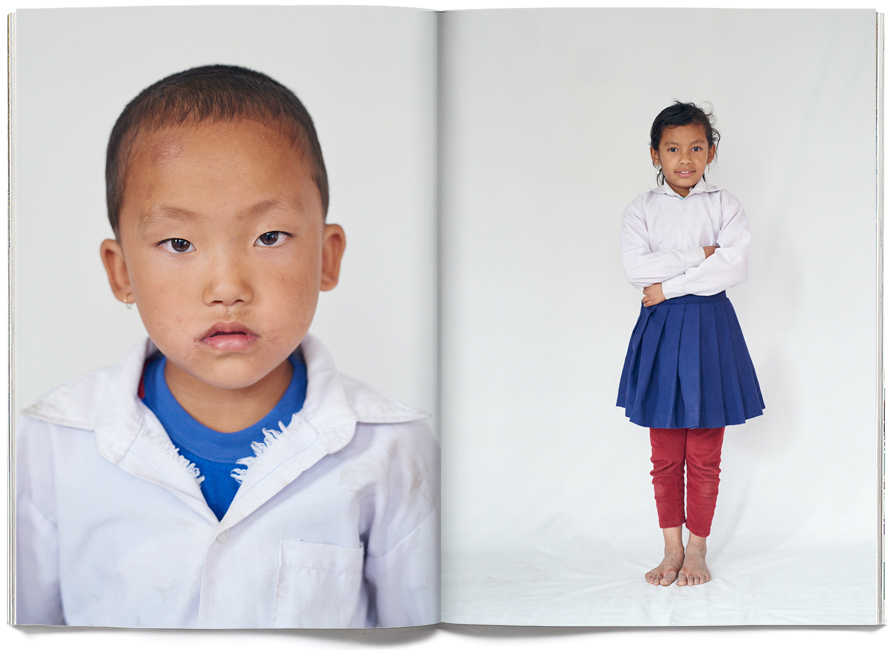 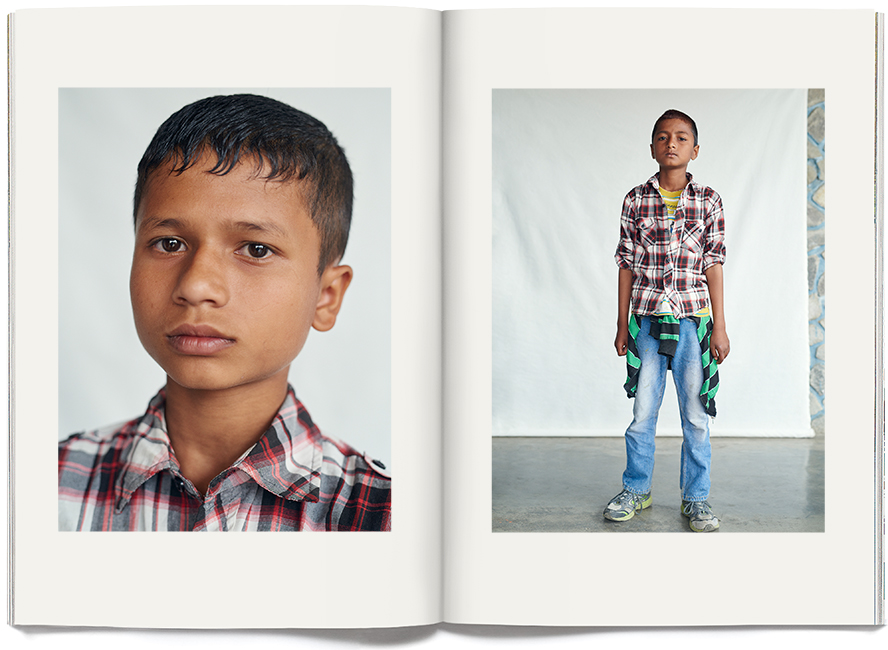 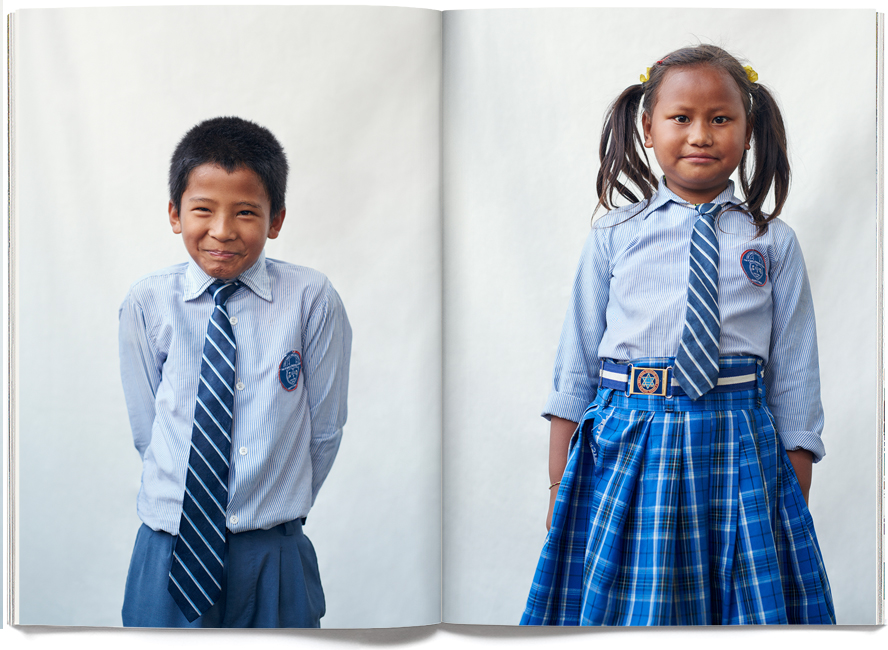 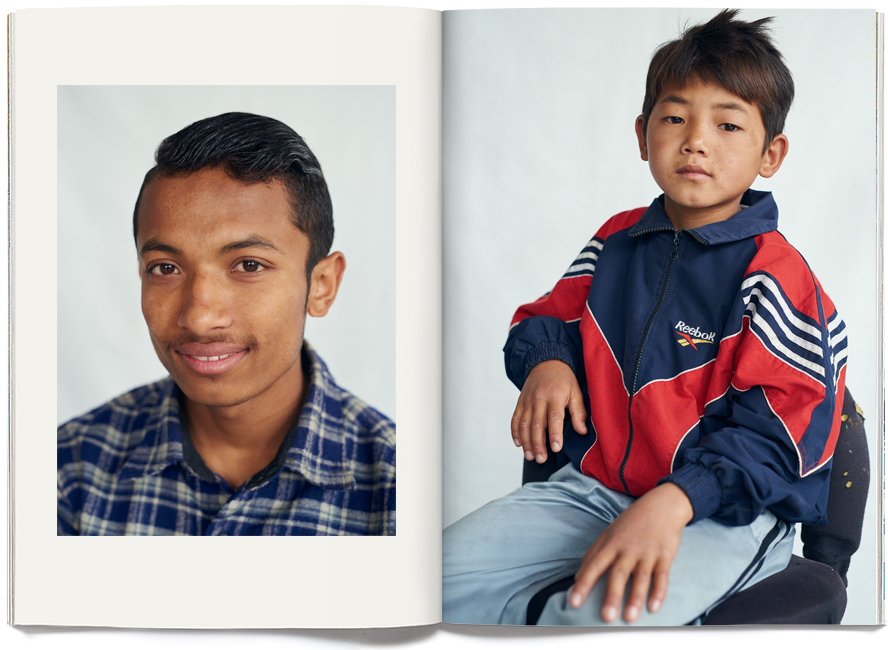 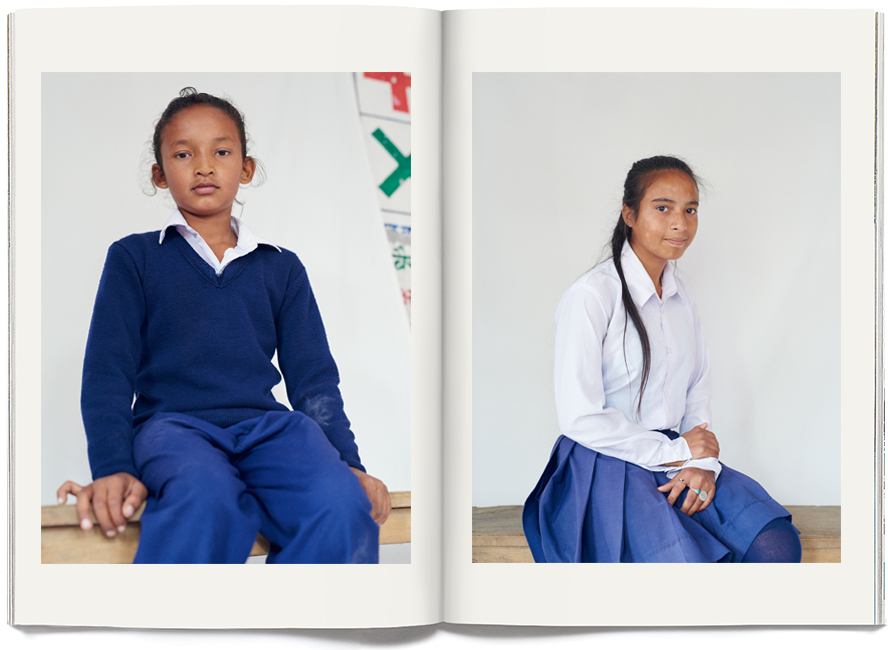 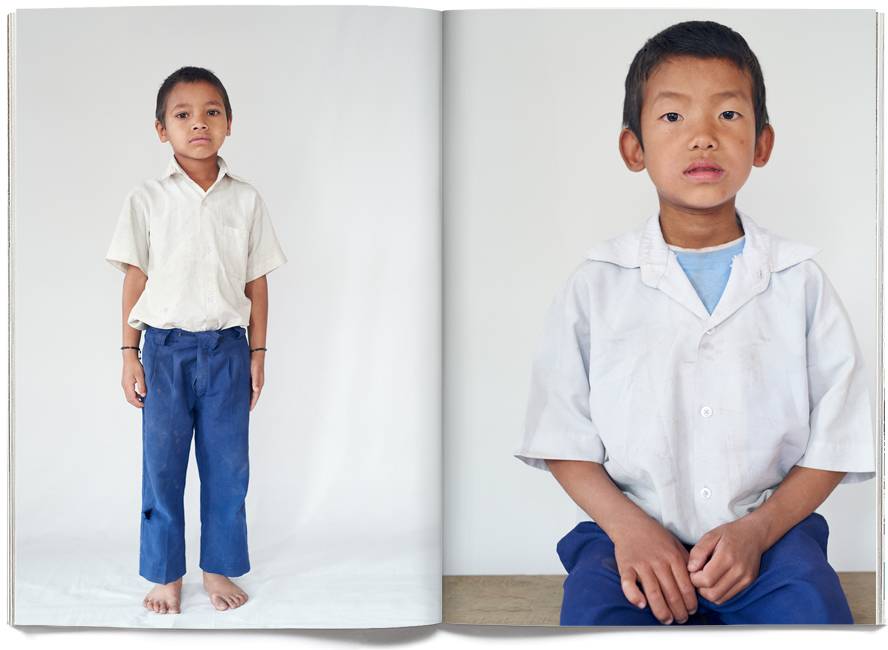 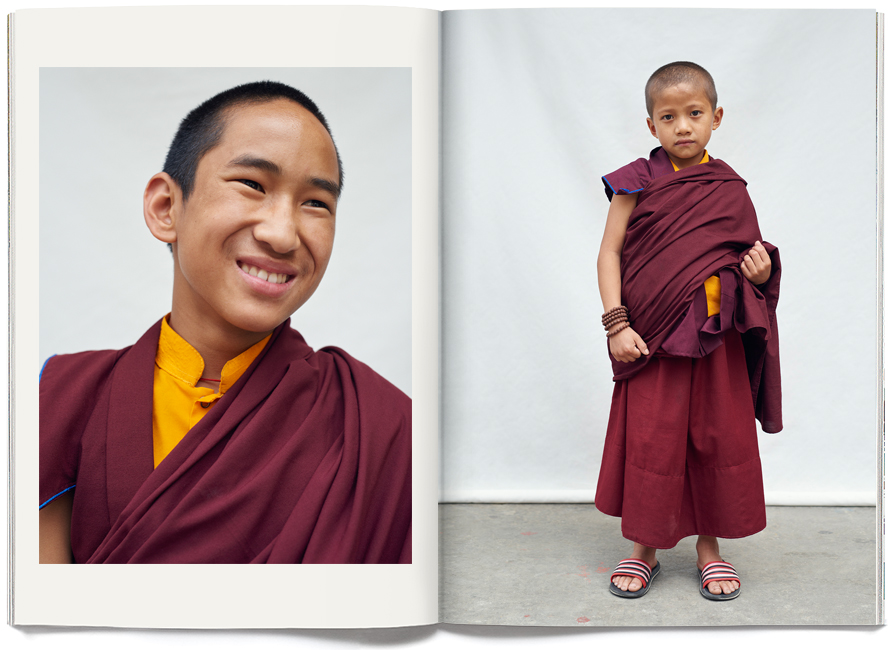 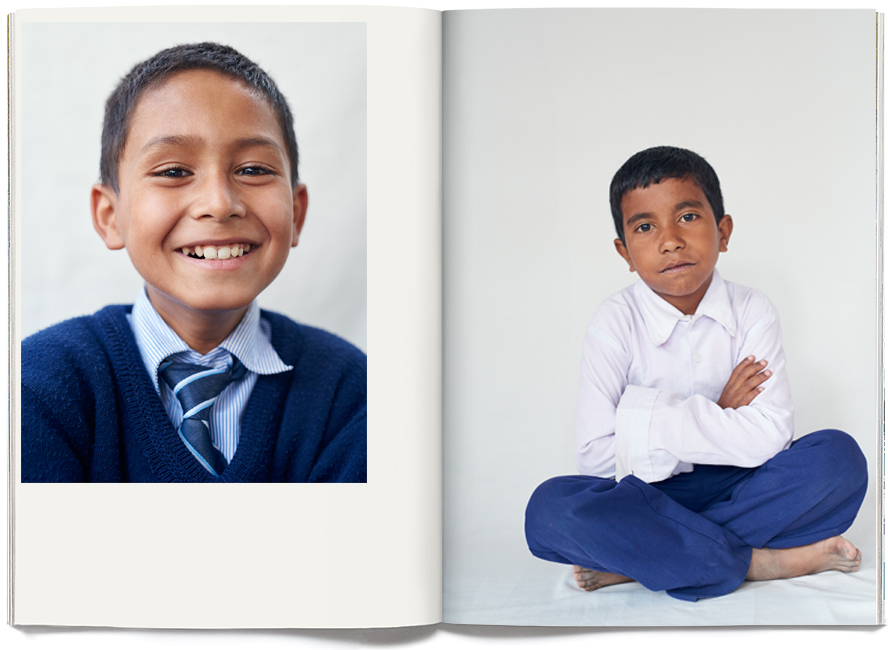 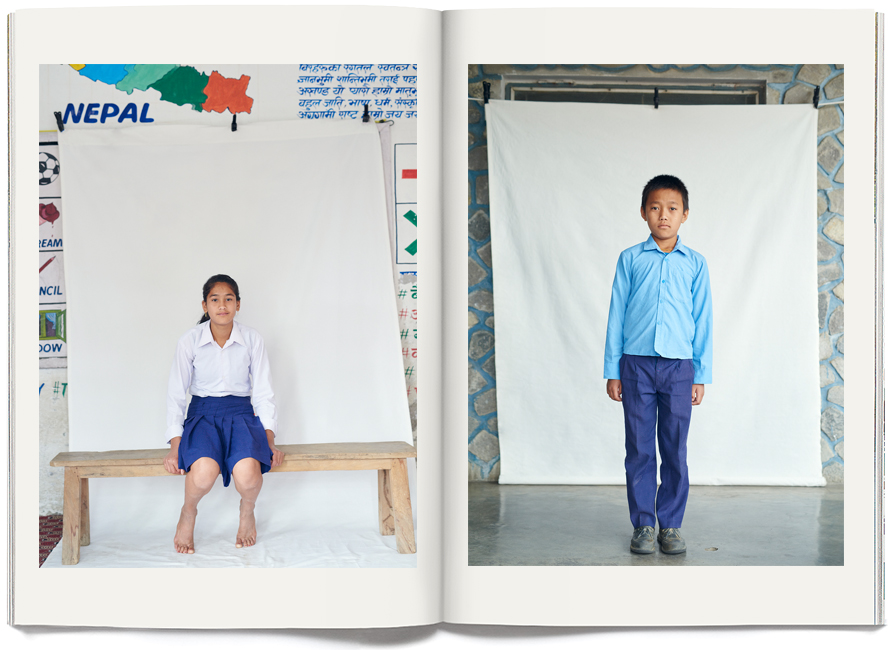 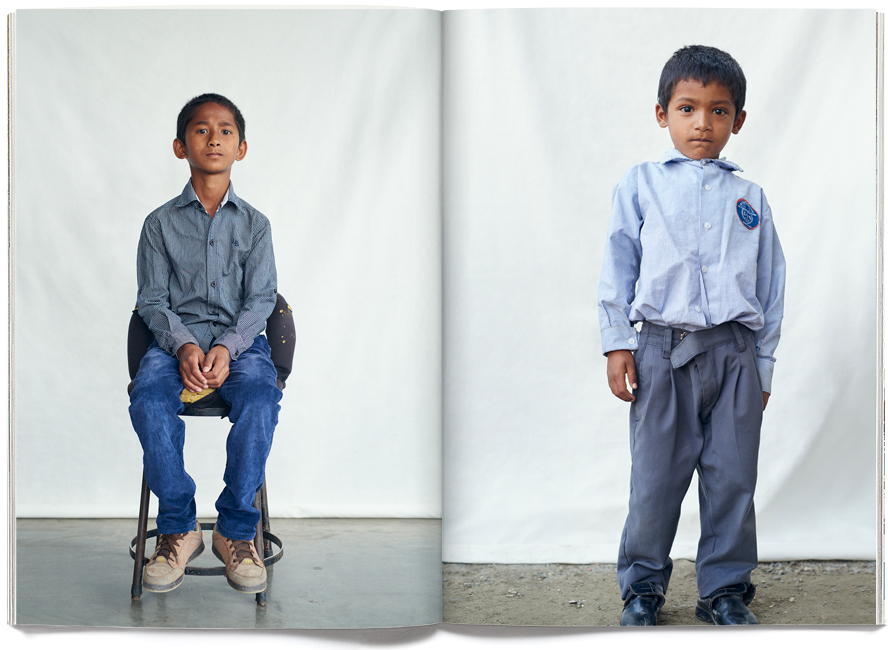 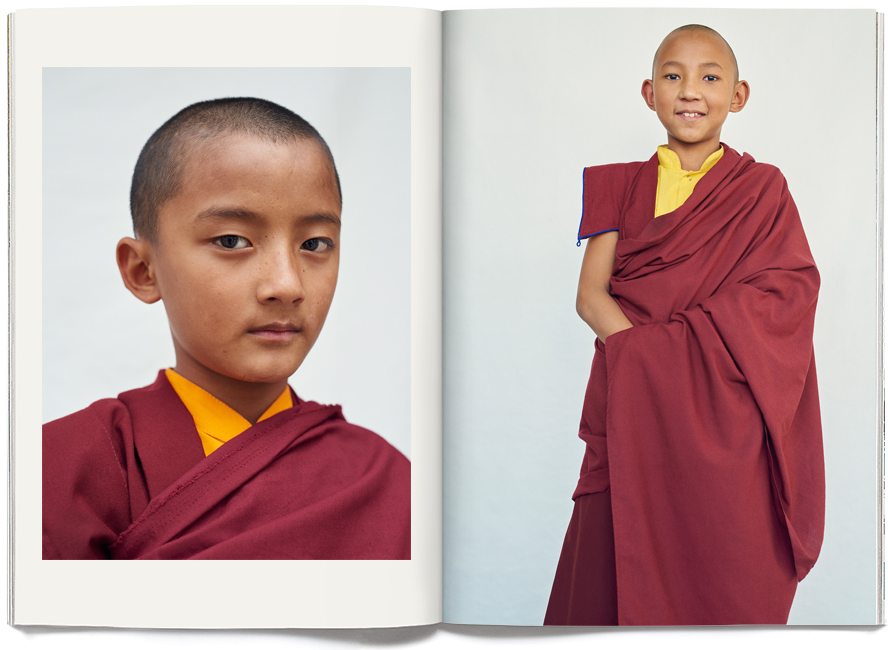 ML: First of all could you please tell us where exactly and when those photos have been taken?

SAG: These pictures where taken during 2016 across different part of Nepal, towns and rural areas.

ML: Have the images ben shot in different locations? Just in one School or in a few villages?

SAG: Yes they have been shot in many different locations, such as Schools, NGO’s, charity events, orphanages or even markets.

ML: From what kind of background do those kids come from? Are they Country or City kids?

SAG: A bit of both, lots of kids from the countryside eventually try to come to the cities to get education or work opportunity with their families.

ML: What story are you trying to tell via those portraits?

SAG: We'v all been kids once, and hopefully most of us have great memories of childhood. I hope the viewer can see how childhood can be different depending on where you were born and that some kids in some part of the world don't have the opportunity to enjoy their best and more fun years. But I also wanted to show the resilience these kids have and that under difficult circumstance, the best always come out somehow.

ML: Some wear uniforms some don’t. Is that because its mandatory in some schools and not in others or because you shot them on a day off?

SAG: Yes, for some schools it’s mandatory, not necessarily because they are private or not. I think it’s the ones who can provide a uniform to be honest. But even with very little they will always try to look at their best.

ML: Did you have a chance to talk to those kids about their dreams? what vision of the world do they have?

SAG: Like most kids, they all have grand dreams for career, I have met a few future airline pilots, footballers, doctors. The only difference I have really noticed was their maturity for their ages.They are all like mini adults, they do play and enjoy being kids but they already acknowledge some more serious and complex subject such as poverty, economic crisis and struggle.

ML: What made you choose those special locations? Did you wander randomly or did you have those places in mind already before you stared your project?

SAG: I initially went to Nepal to teach boxing to kids via a charity. I became really interested into documenting the children from various communities. I then got in touch with schools, NGO's, orphanages and local figures to try to make it happen. Over there the children often have to live an adult life because of the situation the country is in. I went a year after the earthquake, it really had a big impact on the life of the kids. I just wanted to put the spotlight on them.

ML: How did you get access to the schools? Was it easy to get the permission of the principal to shoot the kids? How did you introduce your project?

SAG: Every series within the story was it's own shoot, I had to get in touch with the headmasters of the schools, the directors of the charity etc, a lot of time was spent doing admin and trying to convince people to let me take their portraits. Many lead didn't go ahead, it has been very frustrating at time. But then sometimes you would have great surprise, some schools will bring you to meet new people and things would connect.

ML: Most photos have the same kind of vibe as the old school photos  from when i was a kid, simple pose with neutral background, i guess like in most western countries. Were you inspired by your youth school photos?

SAG: My background is fashion photography so it was all very new for me all this research phase. With white curtains, wooden pole and some clamps/rope I managed to "built" a mobile daylight studio. I would set it up either in the street or at the venue (wherever the light was the best) and take portraits. I had to be very quick since it was already very "invasive".

ML: Is that some project you would like to extend to other countries in the world? Or is it something that only caught your eye in Nepal?

SAG: Yes that would be great to extend to more countries, maybe somewhere radically the opposite !

ML: Please let us know about your future projects.

SAG: At the moment I am still finishing the Barrio Chino project, I went back to Cuba again last September and still working on the interviews with translator. Hopefully it’ll be finish very soon !