Stefano Majno takes a trip through the Bangkok red light district and tells the story of the beggars, sex workers and common workers of the country. 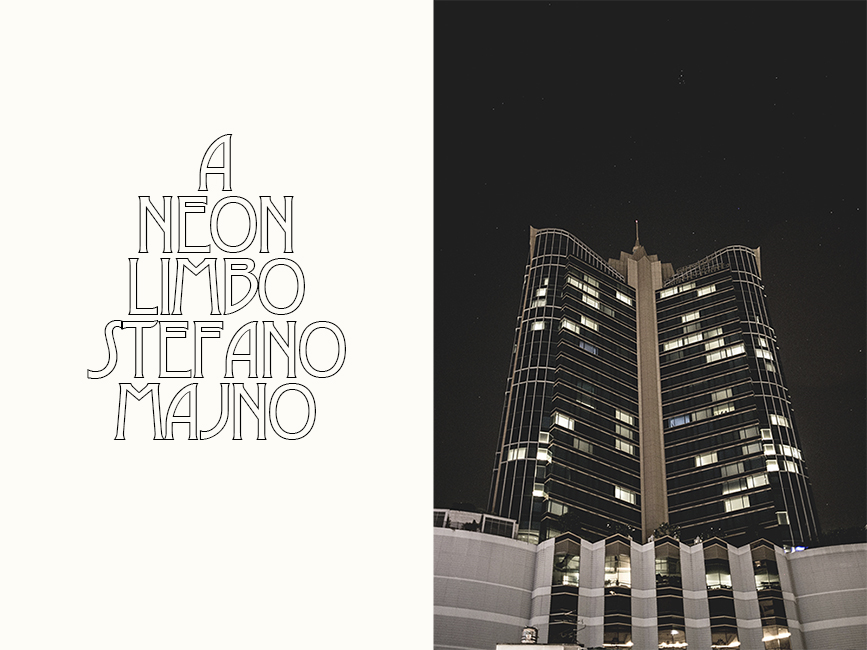 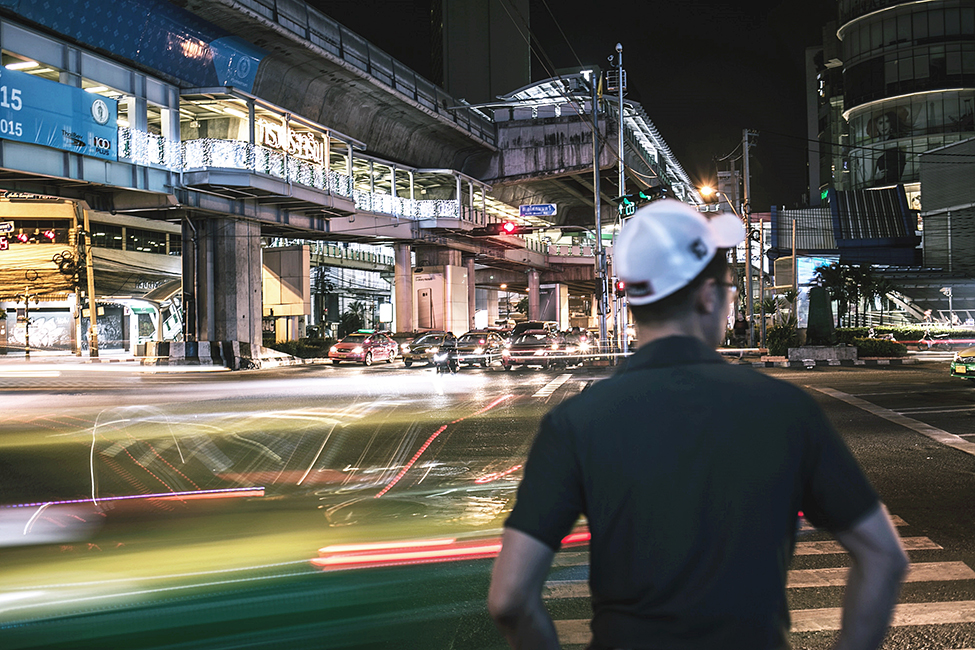 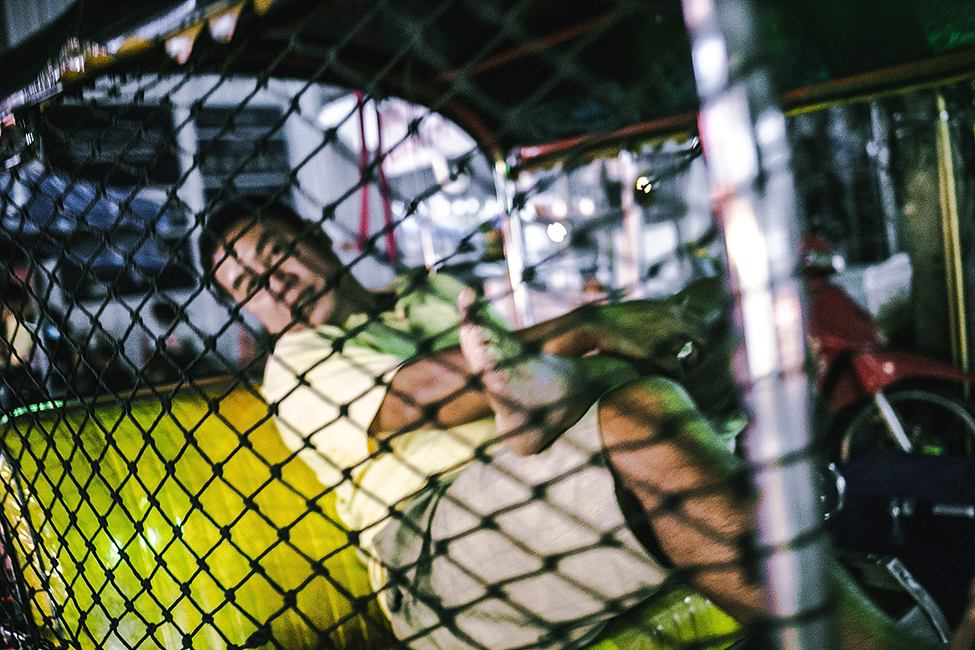 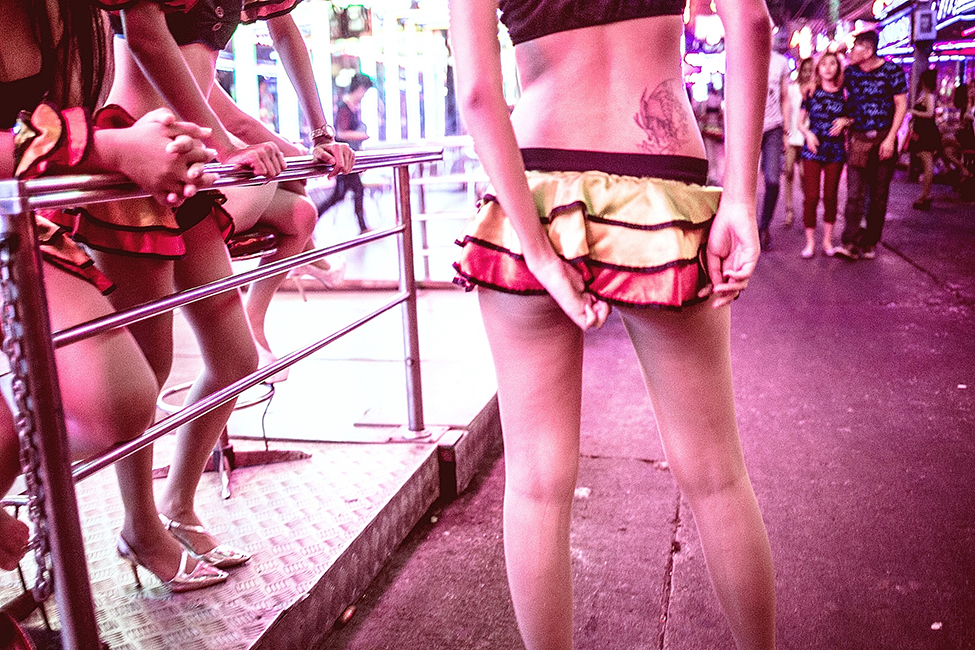 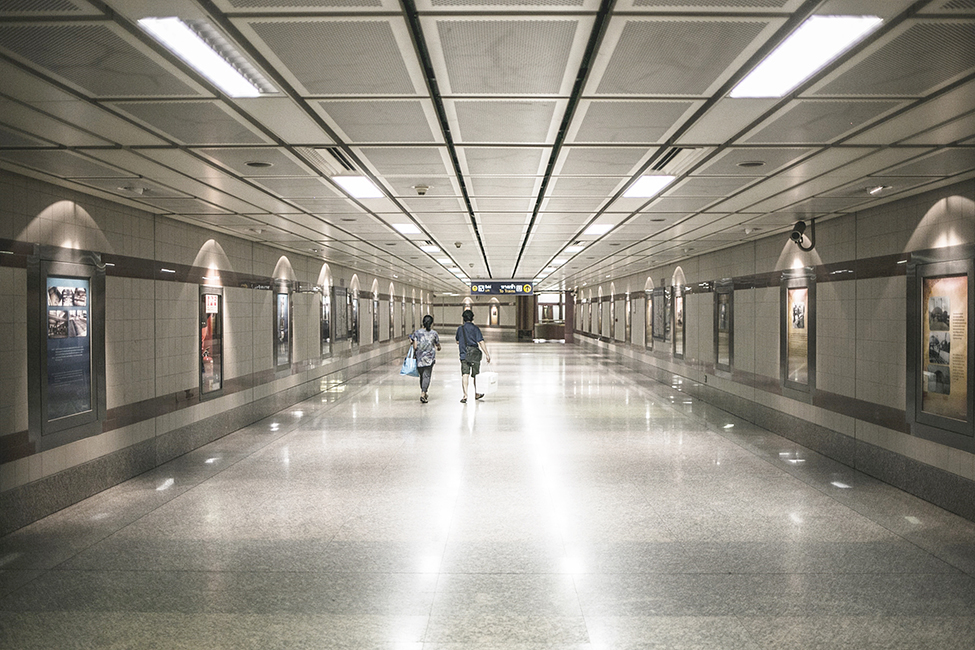 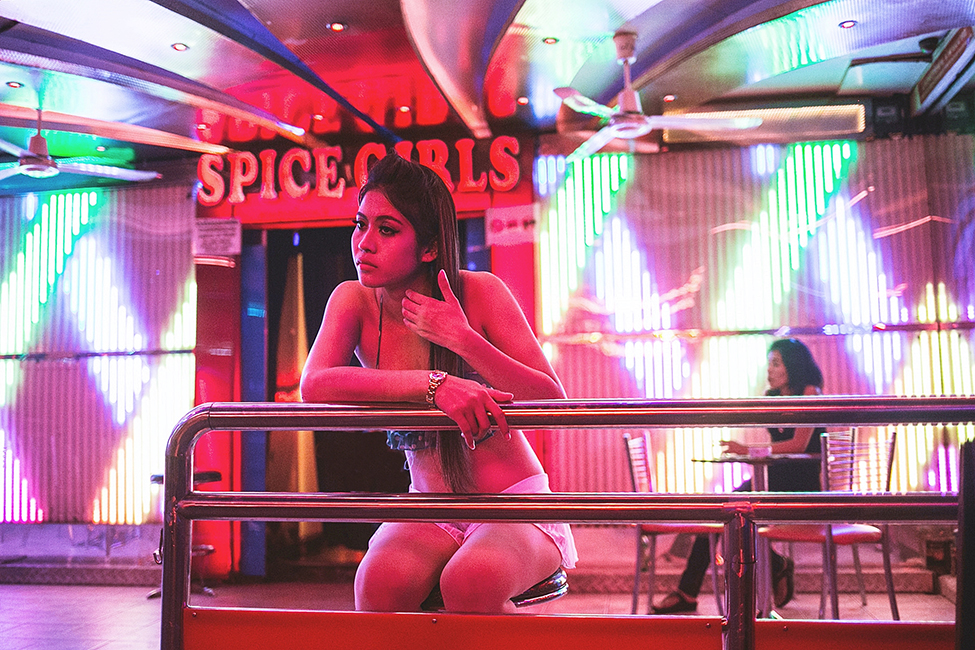 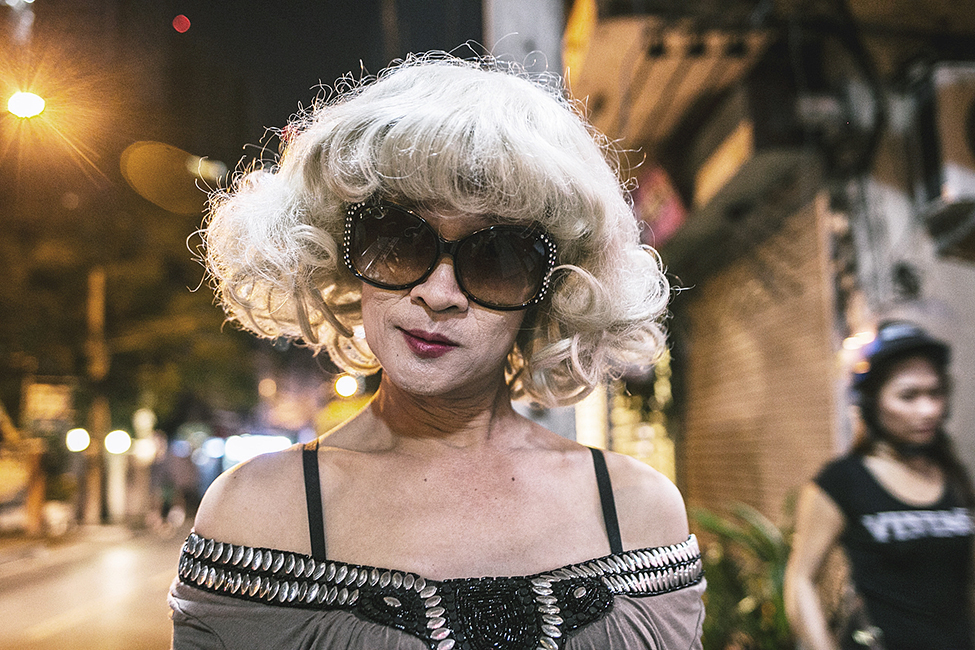 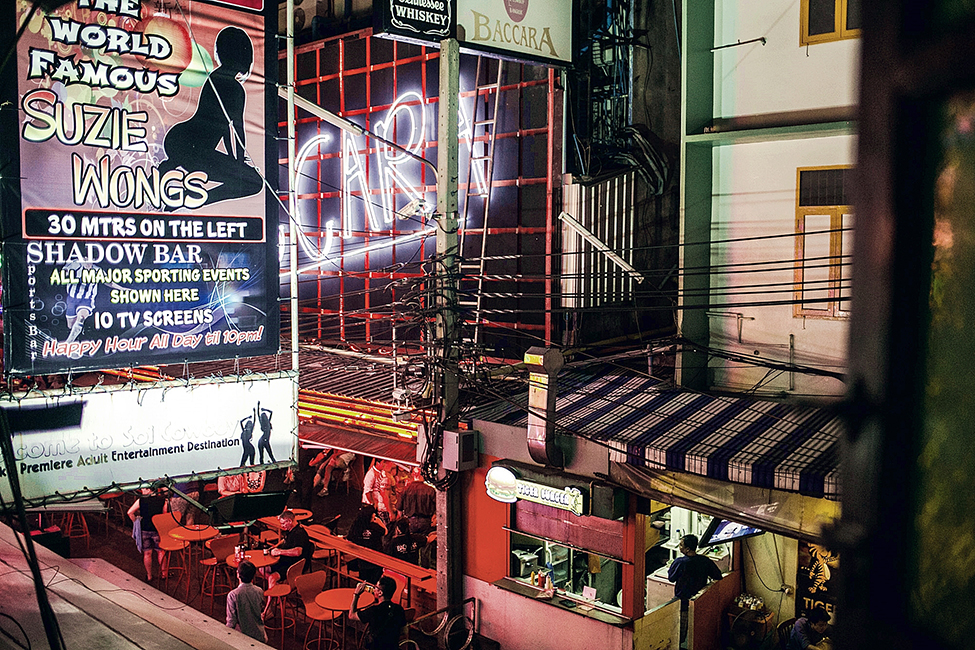 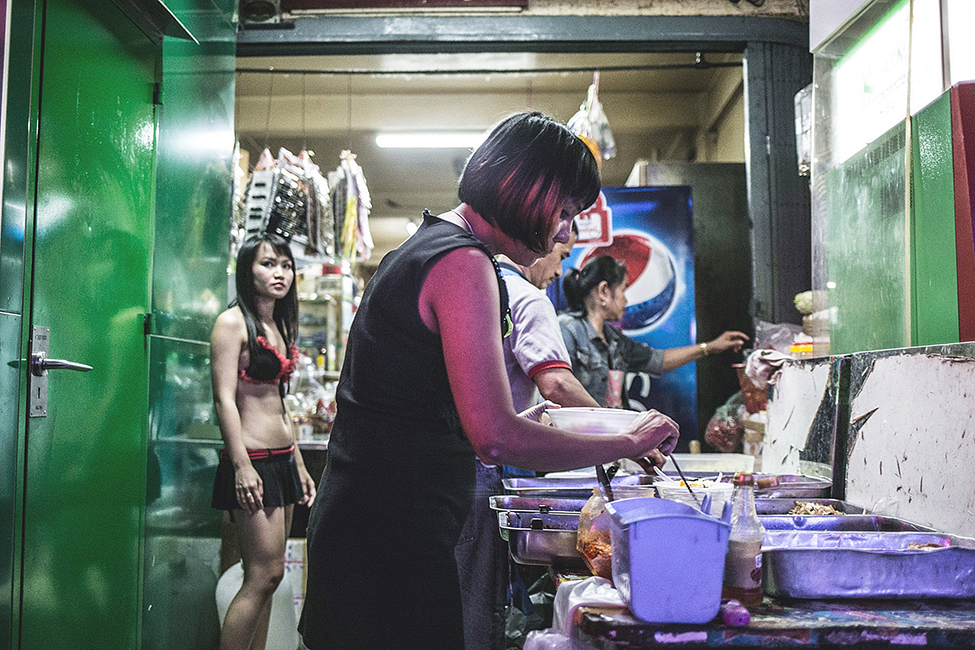 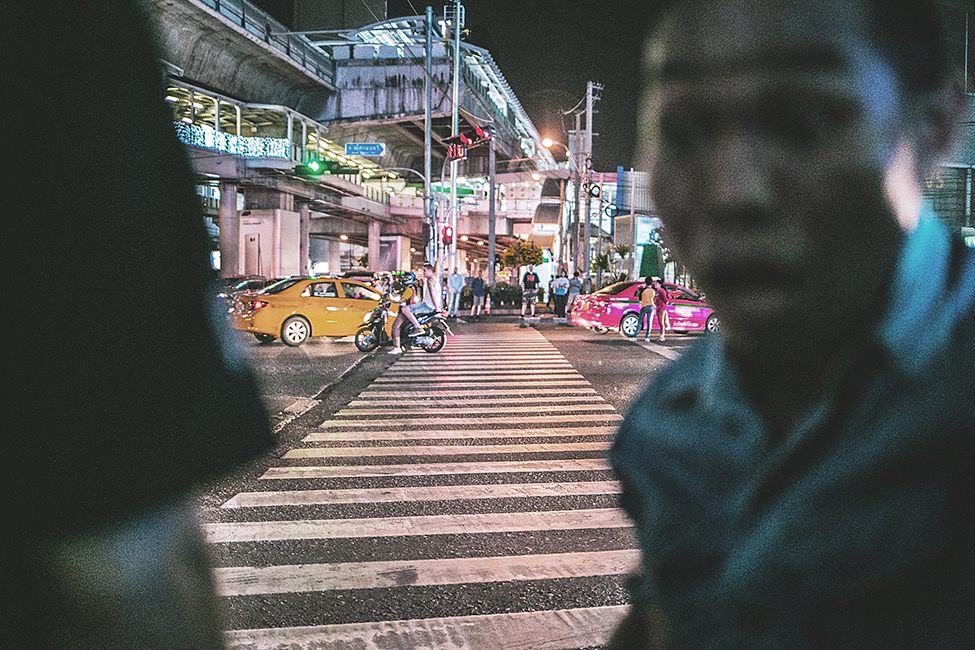 NM: How did you get started in photography? What inspired you to pick up a camera?

SM: Photography has always been a way to deepen and improve my gaze on reality, to split my time continuum.

NM: In your A Neon Limbo series- the photos are based in Bangkok. What initially brought you to the city? How would you describe your experience there?

SM: Bangkok was a perfect hub to move overland to Laos, Cambodia or northern Thailand during several occasions. Neon Limbo was born during the three days before leaving every time. Jet-lagged and late at night, like a moth attracted by the neon lights of this sleepless city.

NM: As a former resident of Bangkok, I have always been mesmerized by Sukhumvit and Soi Nana. I found that in just a few city blocks I had entered a new world. What was your fascination with these areas?

SM: Sukhumvit and Soi Nana are probably one of the most interesting and fascinating areas all over Southeast Asia. The red light district works like a magnet for discomfort and poverty in the neighboring areas. Among neon lights and street food stalls, the sex supermarket is not far from the Islamic quarter (Soi Arab) in the north area of Nana, overall it's a quite dangerous location to photograph.

SM: Escorts and beggars are in the same way but in a different context neighbors in the limbo, they have in common glazed eyes of those are living a continual reiteration borderline of horror.

NM: I love that you captured the grit and busyness of Bangkok in such a serene way. Often times, I think people have a skewed vision of the city. Was this you intention? What did you want your viewers to feel?

SM: What I wanted to portray around this story included many small stories and narratives. The transsexual wandering around the Soi Cowboy totally out of context, the mother with her child begging beside the road, the escort waiting at the entrance of the club. Scenes from a modern human butchery.

NM: Did you get a chance to hear any of your subjects life stories of how they may have ended up working or living in the Sukhumvit and Nana area?

SM: Unfortunately, I didn’t have the opportunity to talk to any of the people photographed.

NM: What does the title “A Neon Limbo” mean to you?

SM: The definition of Limbo is about an uncertain situation with no control, no progress or improvements. In a Dantesque way these repetitive existences are condemned to a search of light that will never be different by the artificial and ultra colored neons.