"My Work is like Making Medicine, a little of This, a little of That, Watch it and Taste it a little and see how it is working. It is like a dialogue between me and Invisible Powers, like Alchemy." 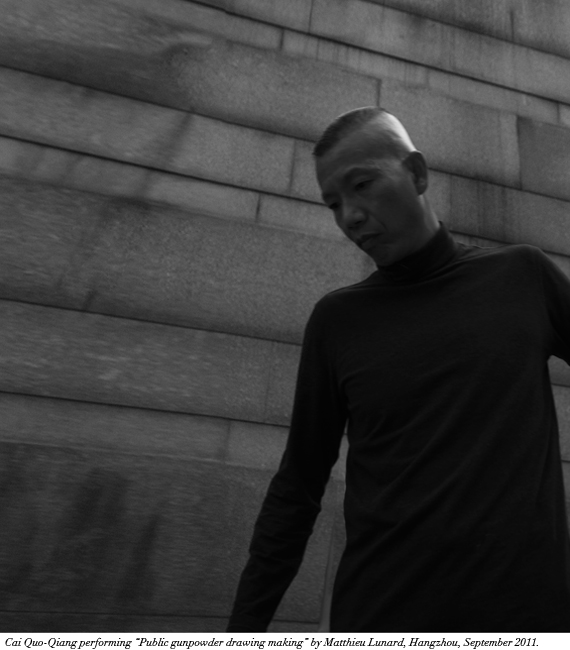 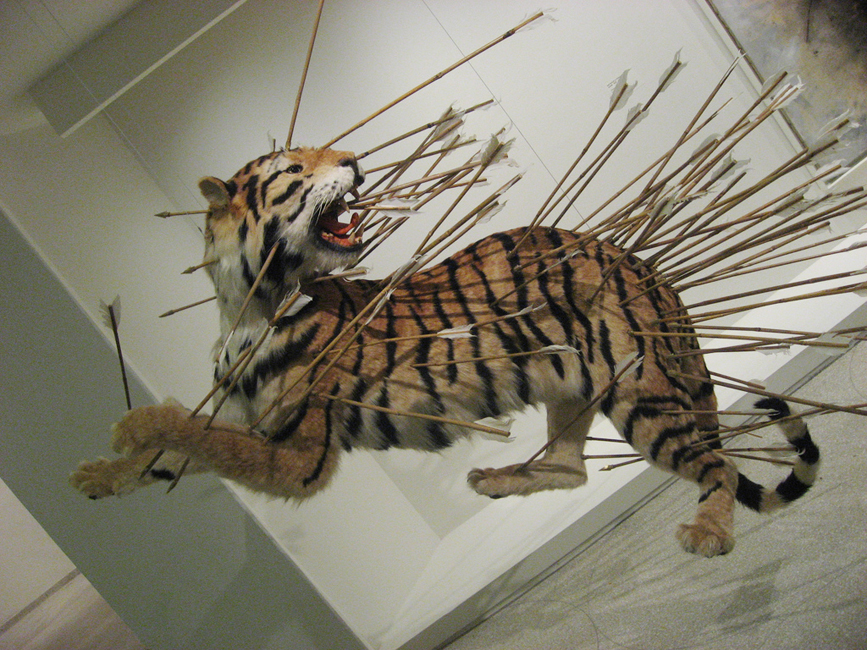 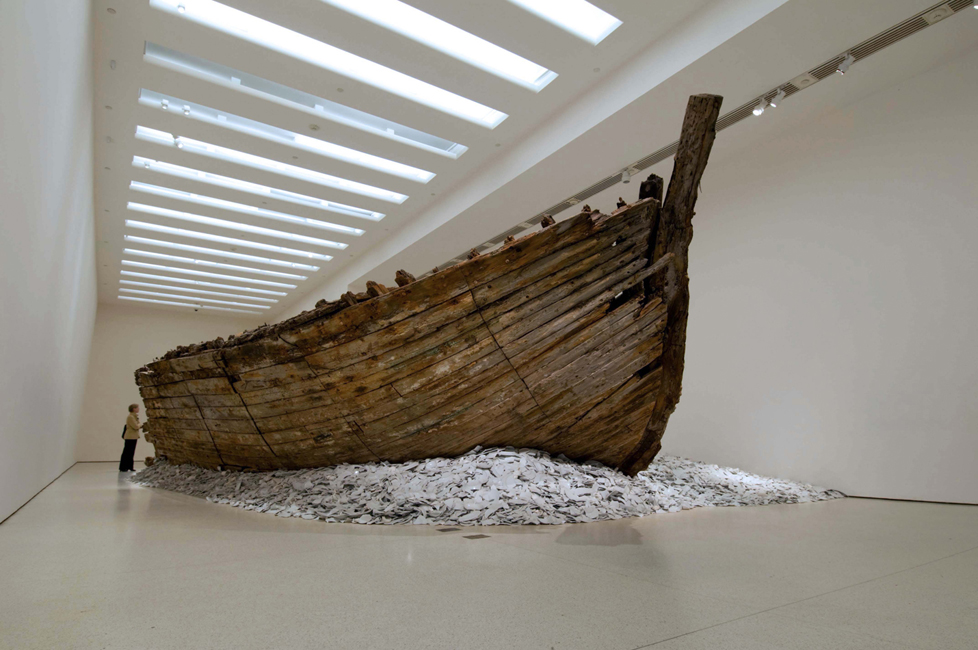 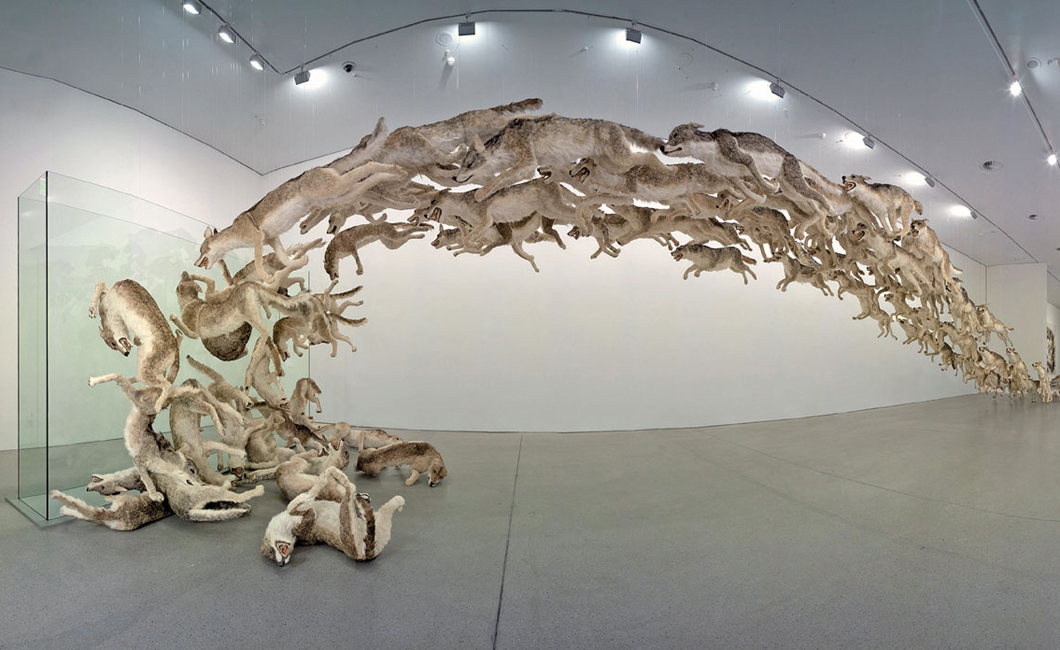 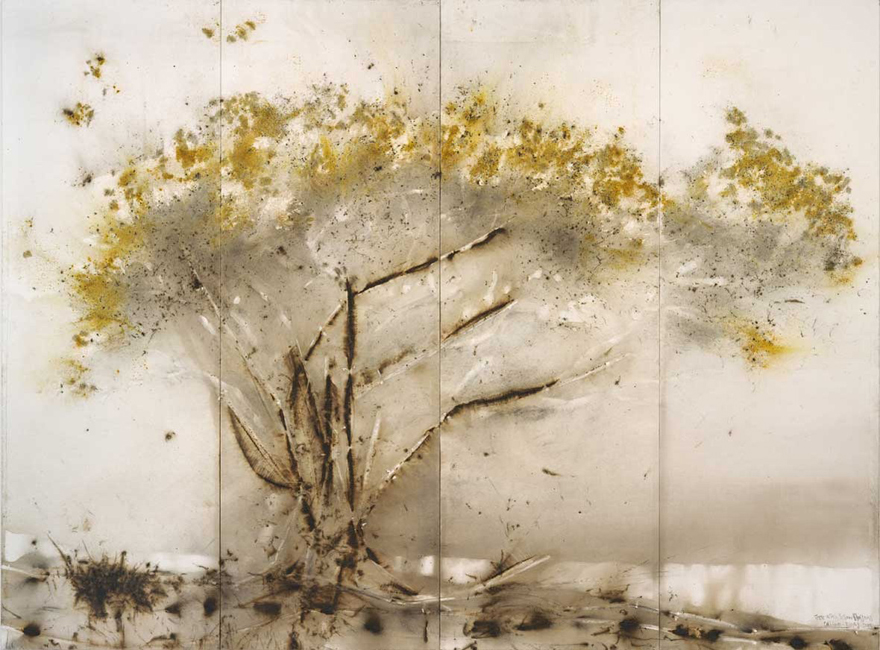 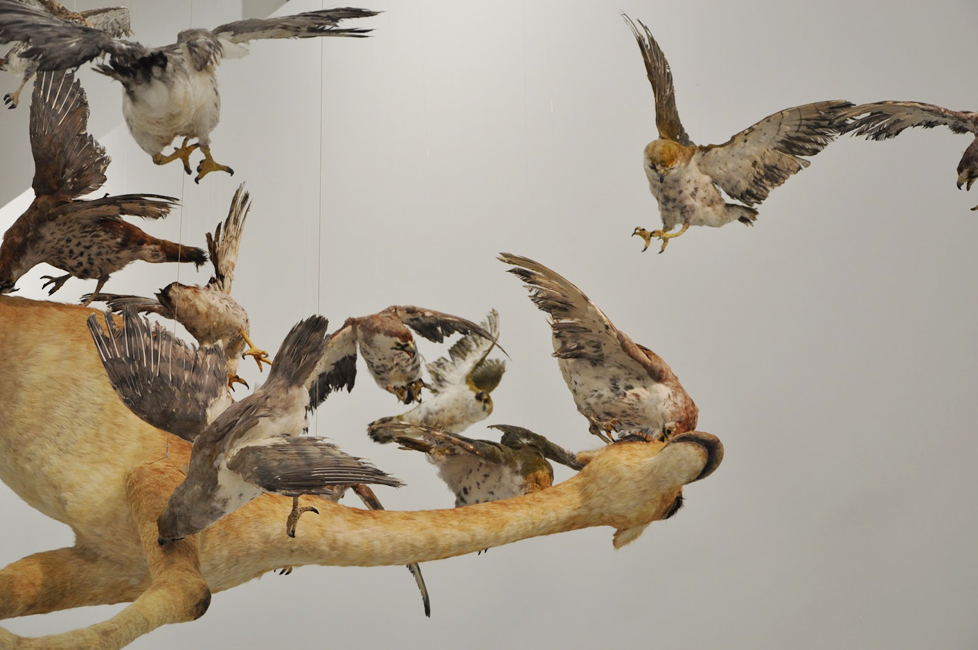 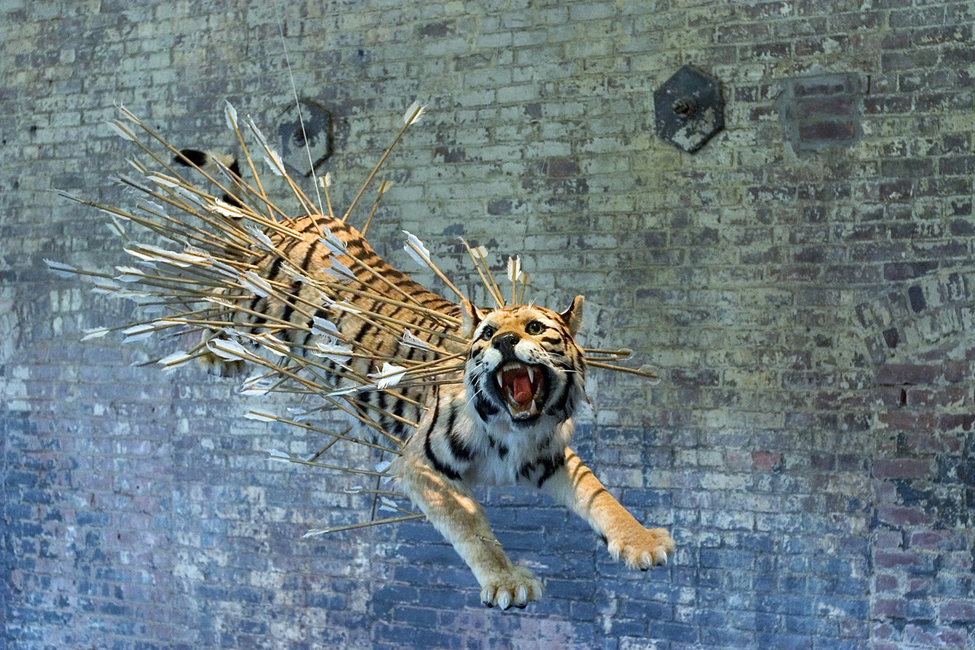 Nothing seems to stop multi media artist Cai Quo-Qiang’s fame to spread. From China where he was born in 1957 to New York, the Venice biennale and the entire International art scene, his name is on every lip. Today, thanks to this notoriety, he remains one of the most prominent figures of Chinese comtemporain art.

Cai was born and raised in Quanzhou, the southern port of Fujian province. During his childhood he was imbibed Taoism by his fervent paternal grandmother. Taoism emphasizes the importance of freeing the mind and unleashing creativity. Another basic teaching of this belief is the concept of ying and yang, or the duality of universe.

“In Quanzhou, I have a lot of influence from superstition, I would go to the temple with my grandmother and mother. That is why I have a lot of curiosity about the unseen force and invisible things. It is like a time tunnel to go through, to go beyond the social system and boundaries of nations to make you free and to escape from them”.

His father, a traditional brush painter and calligrapher, ran the state-controlled bookstore in Quanzhou. In that capacity, he could provide his son with translated foreign literature that was forbidden to the general population of China at that time.

“Even though Chinese society was really closed, there were two windows for me to explore the world, one was from my mother and grandmother, the unseen and invisible world. Another window was brought from my father’s side, by those classic and Western books.”

When the Cultural Revolution began, in 1966, both his father traditional art and his grandmother beliefs brought suspicion upon the family. Yet, despite his devotion to traditional art and poetry, the paternal figure was a lifelong ardent Maoist and patriot. He supported the Cultural Revolution and agreed with the government that the books he and his son were reading would be too dangerous to entrust to the general population.

Although Cai was imbued from his childhood by allegiance to classical arts and to Marxist-Maoist thinking, he later rejected both of these concepts, turning to more modern medias. Also, most of his works reflect Mao Zedong’s tenet “Destroy nothing create nothing” influencing the content with a socialist concept.

Rather than attending an art institute and studying old fashion painting, he started his career as a stage designer at the Shanghai theater academy from 1981 till 1985. From there he soon got to experience with multiple mediums within art, such as drawing, installation, video and performances. He also used a wide range of painting techniques that could harness natural forces such as blowing a fan over thinly applied paint on canvas, blistering a thick paint surface with heat or coaxing a dove to walk through green paint on canvas.

In 1984, he familiarized with the use of gunpowder explosions in his drawings. This was soon to become his favorite media of expression, an inquiry that eventually led to his experimentation with explosives on a massive scale and to the development of his signature explosion events. Firecrackers were logical in a way, Quanzhou being at a certain time the center of firecracker manufacturers in China. “One reason I chose gunpowder is that I had the good luck in my environment to be exposed to it, the other reason is I was always looking for a visual language that goes beyond the boundary of nations, and so I found gunpowder.”

Based upon eastern philosophy and contemporary social issues this artistic media reflects spontaneity and confrontation of the social climate in China, eventually aiming to establish an exchange between viewers and the large universe around them. Chinese culture and traditions are strongly represented by a wide variety of symbols, narratives and materials such as fengshui, Chinese medicine, shanshui (landscapes), flora and fauna and fireworks.

This use of classical Chinese symbols has often been criticized, confirming that it is risky for a contemporary Chinese artist to employ such a motif without slipping into exoticism and kitsch. It has though been used by other leading artists such as Ai Weiwei with his whitewashed Neolithic vases, Zhang Huan and his calligraphy body inking, Xu bing’s nonsense alphabet, only to finally arm themselves with sharp political or ironic edge.

It is not Cai’s purpose. Well aware of the hazard, he flirts with it.

He likens his reliance on classical iconography to the risk taken in using rice paper for his gunpowder drawings.

In 1986, he moved to Japan, a stay that he would extend till 1995. After that year, he left Asia for New York, where he had been invited by the Asian Cultural council - an international organization that promotes artistic exchanges between Asia and the United States. Even though Cai never mastered English language, he fell more at home in New York than he had never felt anywhere else. There, his work evolved in a more down-to-earth direction, and his large installations injected modern Chinese culture and folklore into modern political commentary. Currently Cai still lives and works in New-York city.

Till today he has been exhibited in most major contemporary venues in the world. He was selected as a finalist for the 1996 Hugo Boss Prize and won the 48th Venice Biennale International Golden Lion Prize and 2001 CalArts/Alpert Award in the Arts. In 2008, he was subject to a large-scale mid-career retrospective at the Solomon R. Guggenheim Museum in New York, which eventually traveled to the National Art Museum of China in Beijing and the Guggenheim Museum in Bilbao. He also gained widespread attention as the Director of Visual and Special Effects for the opening and closing ceremonies of the 2008 Summer Olympics in Beijing.

From May 2-September 25 2010, Cai was featured in the solo exhibition Cai Guo-Qiang: Peasant Da Vincis, which presented works from peasants in China. This includes homemade airplanes, helicopters, submarines, robots, etc.

Cai also created Odyssey, a permanent gunpowder drawing for the Museum of Fine Arts, Houston in Fall 2010. Installed as part of the museum's ongoing Portal Project and stretching across forty-two panels, it is one of his largest gunpowder drawings to date. 'Another solo exhibition, 'Cai Guo-Qiang – 1040M Underground, was on view at the new foundation IZOLYATSIA. Platform for Cultural Initiatives in Donetsk, Ukraine through the fall of 2011.

In December 2011, Cai will have a solo exhibition Cai Guo-Qiang: Saraab at Mathaf: Arab Museum of Modern Art in Doha, Qatar, his first ever in a Middle Eastern country.