Takeshi Kitazawa and Emiko Sato, the creative minds behind Japanese label Dressed/Undressed share their inspirations and their aspirations for the future. 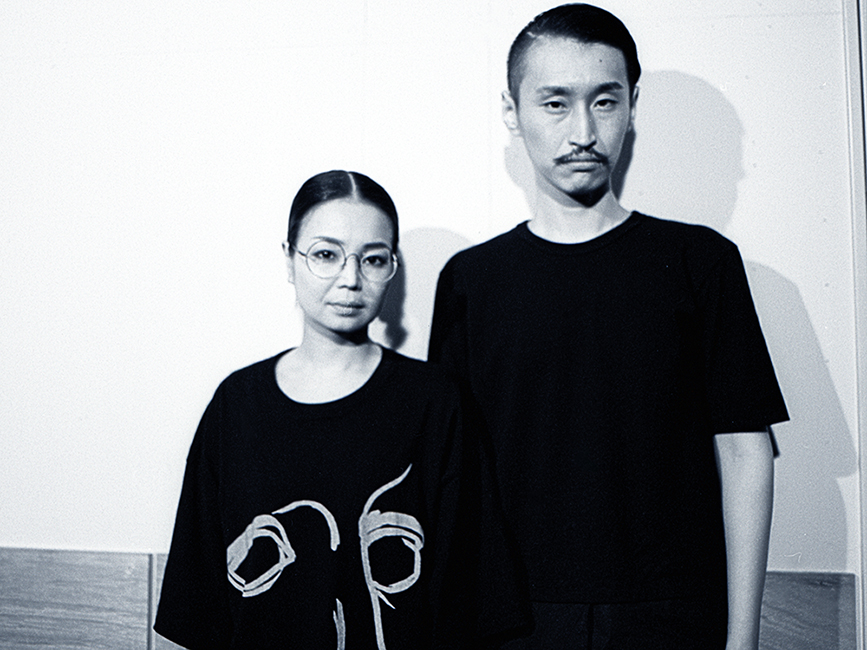 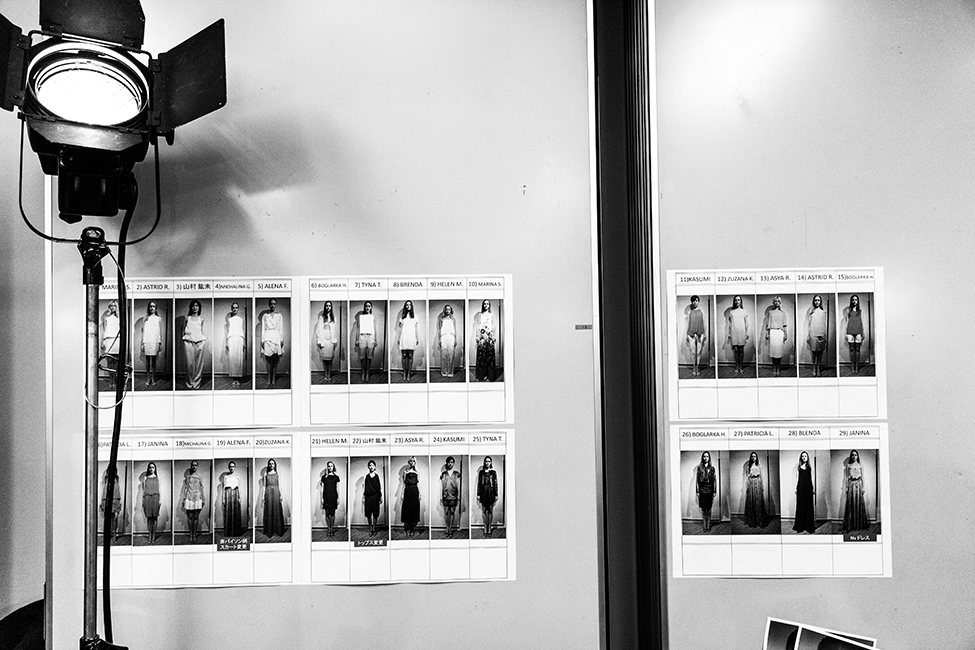 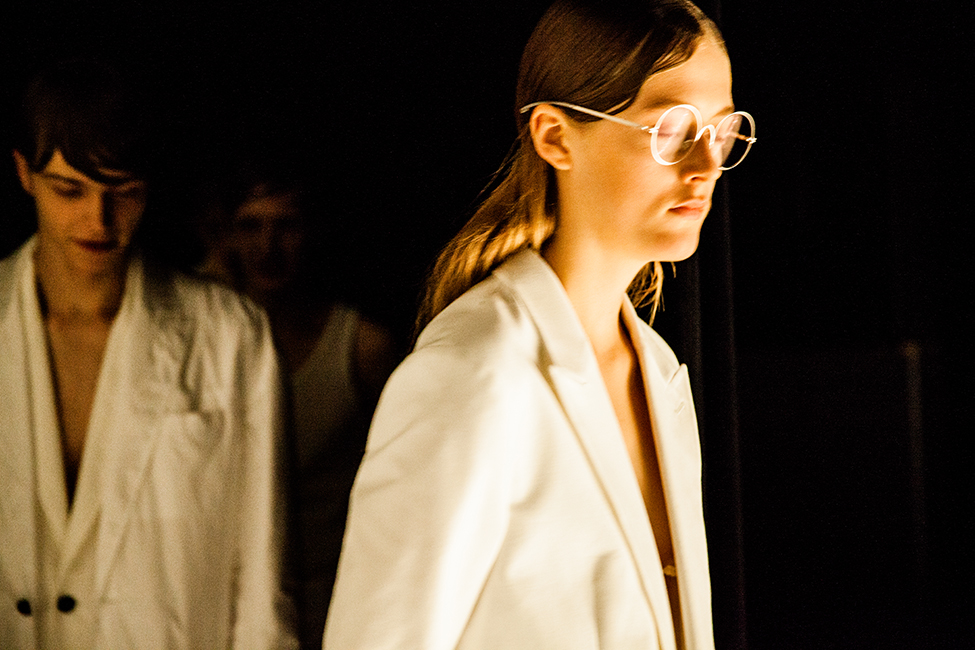 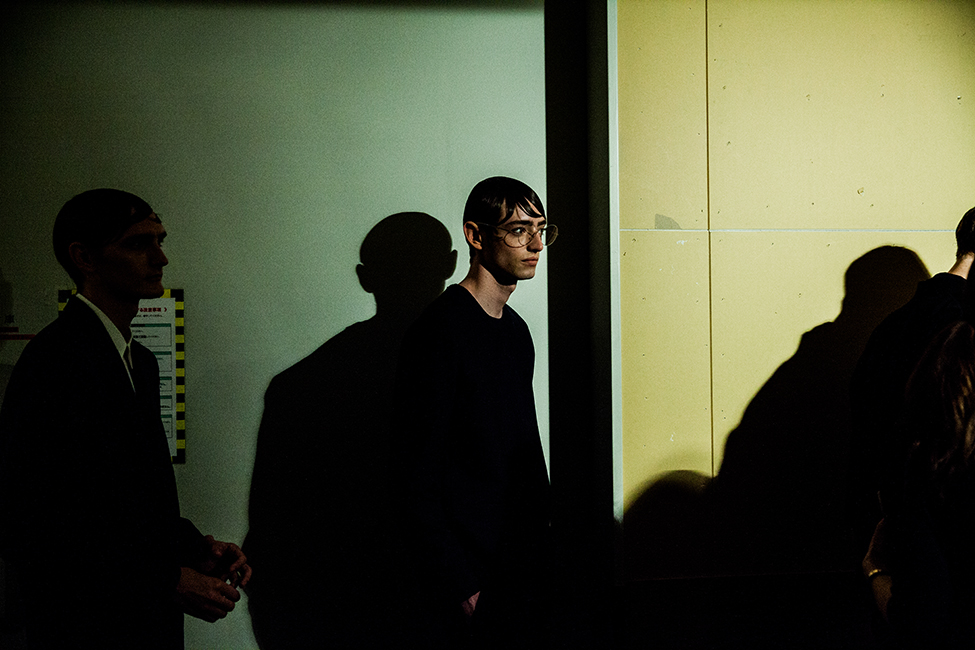 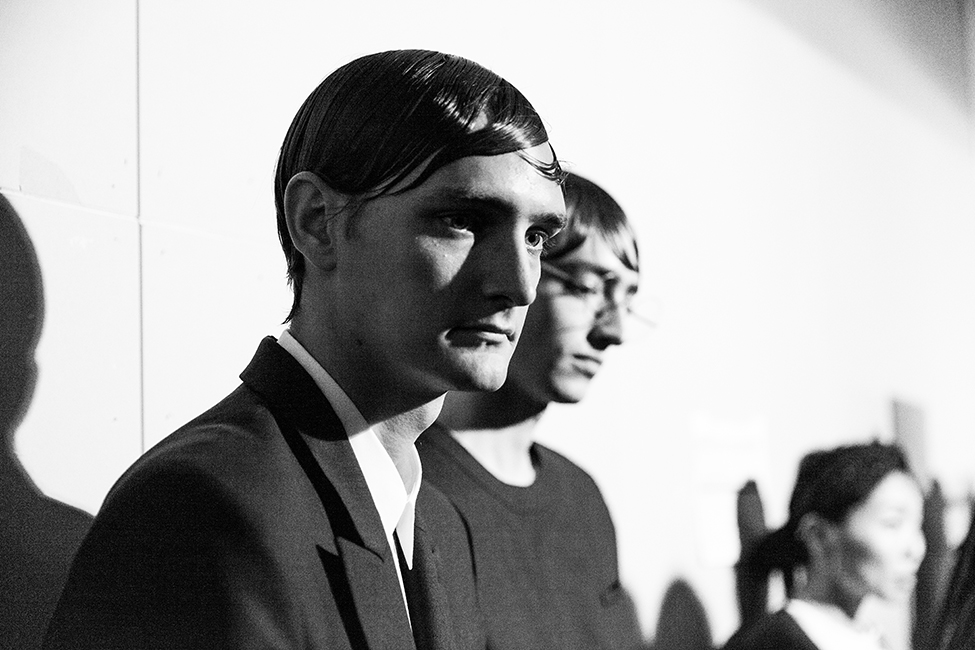 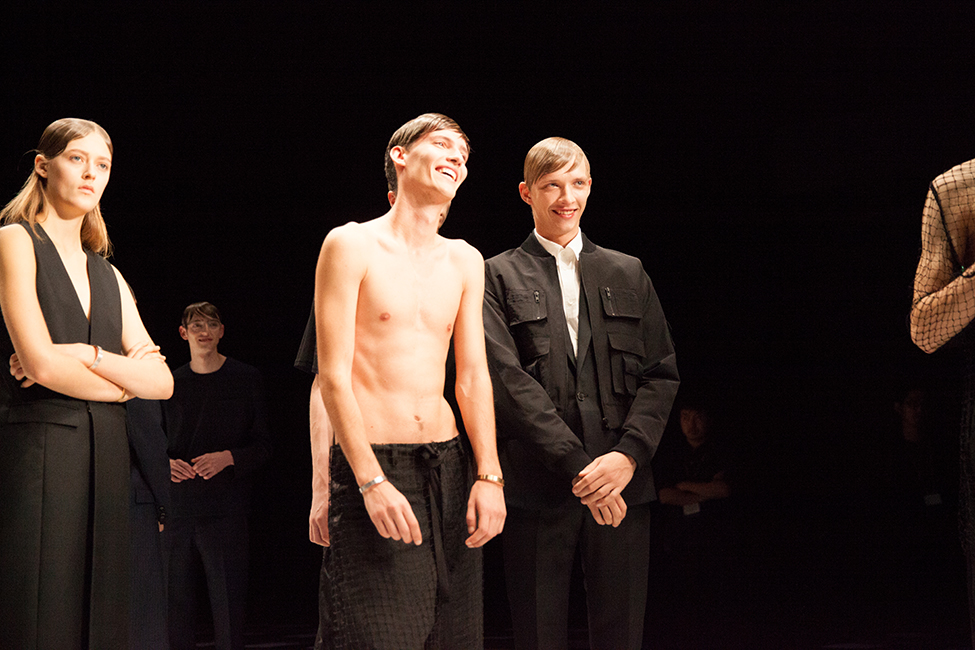 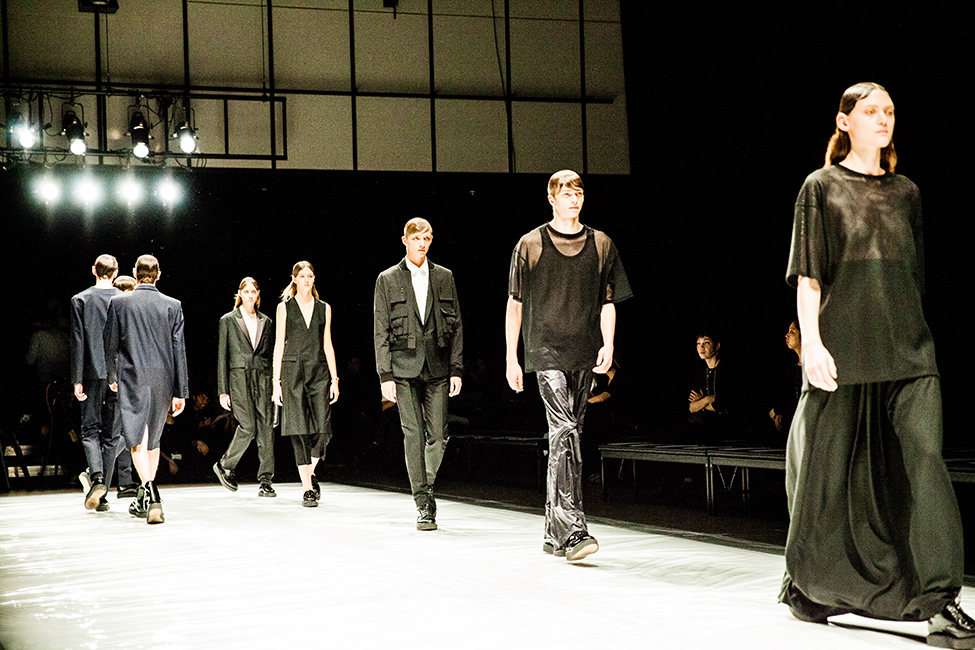 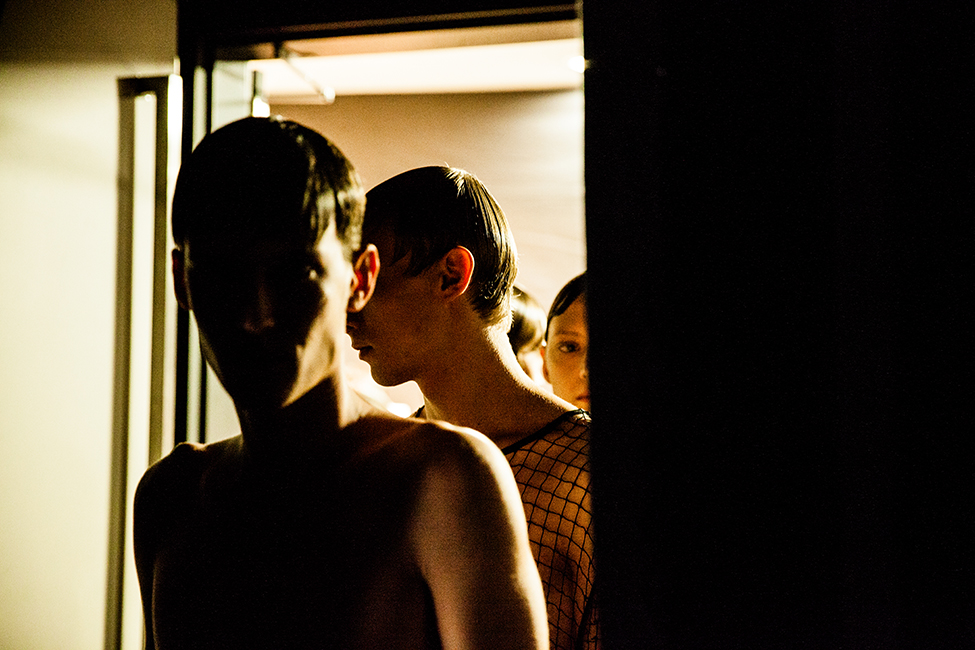 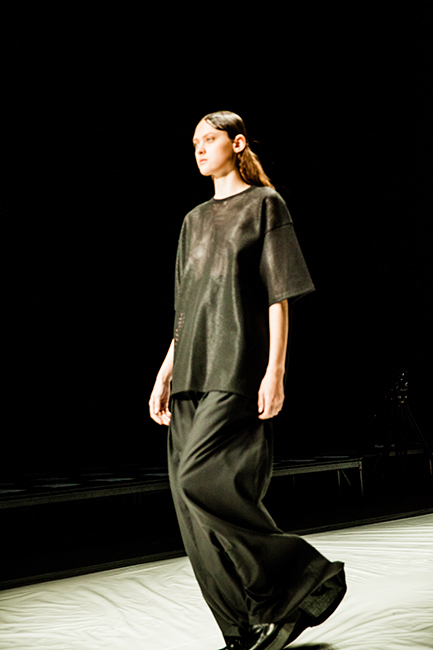 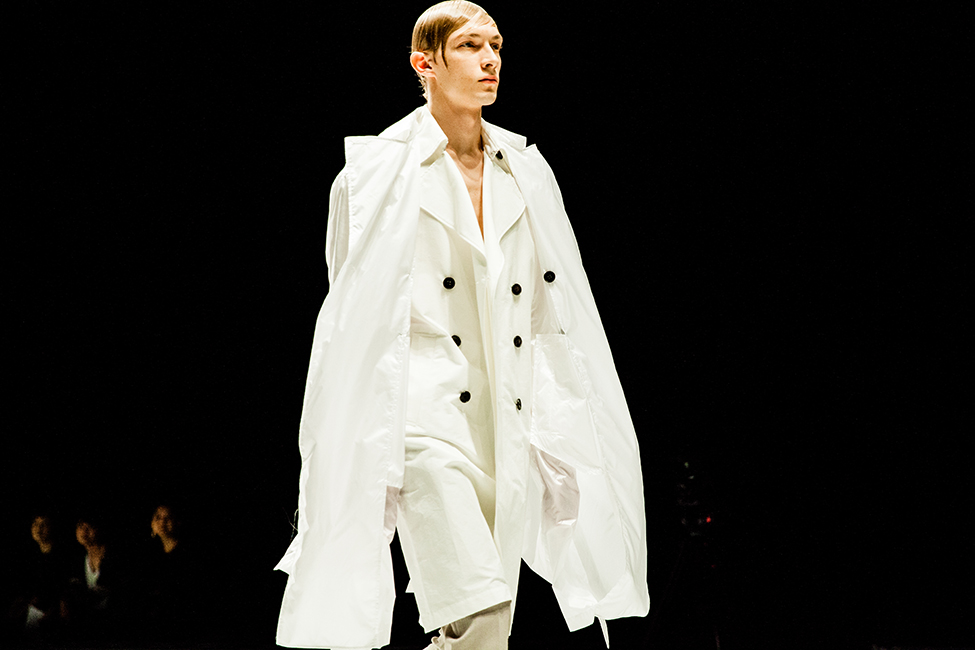 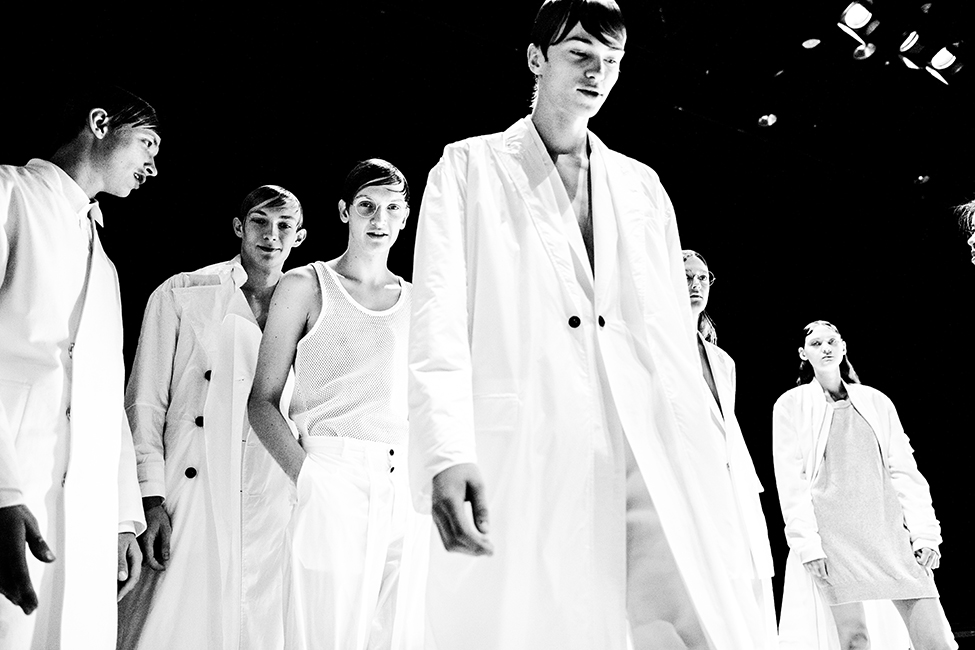 J V: Tell us about how you got started in fashion? How did you two start collaborating?

TK: The story of how we started to work in fashion started when we opened the CANDY boutique. We worked together there as the launching director and buyer back in 2006 in Tokyo. It was the first opportunity for us to work together. We didn’t actually meet through fashion, rather it was the music and culture surrounding fashion.

JV: Your collections have evolved from the fetish-inspired FW127's HOMUNCULUS collection, to the androgynous looks of your more recent collections. Tell us about the inspiration for SS15's INTELLIGENCE collection.

TK : Our brand’s concept is the integration of two-sidedness. For example, masculinity and femininity, high fashion and street style, light and shadow. There is no border between them – it is a fusion of various elements. The border that we set is ever-changing. The fabric, design and concept of our collection is unisex, but the pattern is different between men’s and women’s because their bodies are different.

SS2015’s is INTELLIGENCE, and the images are sourced from museums, art pieces, and scientific resources. We proposed the style of past juxtaposed against modern, layering various materials. At the beginning of the collection, we imaged a scientist and scholar, so the long coat, which is associated with the white lab coat is layered with various materials.

In the middle of the show, we made a shirt inspired by a statue with the texture of skin, inspired by art pieces and museums. We styled a drawing shirt layered with an oversized t-shirt and tank, so the drawing would appear gradually. In the latter half of the show, we imagined classical music. We showed men’s tailored jackets and smoking jackets for women. CLOSELOOK was inspired by art pieces and scientific resources. We used netting hand-stitched over trousers.

As a new trial of DRESSEDUNDRESSED, this season, we used processing material which was based on women’s fabric so that we could emphasise genderless style. For example, the item in LOOK3.4.20 is made by coated Russell mesh knit. So the surface of the fabric is manly, yet the inside is feminine. The MA-1 Jacket in LOOK9.23is not only used delicate feminine siphon, but also put manly military material together inside.

JV: A number of influential designers have blurred the lines of the gender divide. From YSL's iconic "Le Smoking" photograph by Helmut Newton, Japanese avant-garde legend Rei Kawakubo, to a new breed of designers such as Rad Hourani and Dries Van Noten, the ambiguity of sexual and physical attributes are in continual evolution. How do you see this evolving in the future?

TK: Worldwide, socially, and ideologically, the equality of men and women is common and natural. In fashion, we think liberal choice that do not make a distinction between the sexes will be become more and more popular. As a designer, we have to propose a new model of man and woman with as human beings advance.

JV: Tell us about your collaboration with Mykita and do you have plans to work together with other European designers in future?

TK: Eyewear was a key item to express the character of our womenswear. It has a cute side different from others – not too serious or overly sophisticated. MYKITA made that eyewear for SS15 collection specially. We are very grateful for their support. Also, the shoes were a collaboration with GEORGE COX in England. This season SS15, we made new leather sneakers. The collaboration started from SS2015, so it is going to be seventh season. We are looking forward to collaborate more actively with various creators (not only in Europe) in the future.

JV: How would you compare Japanese designers to that of their European or American counterparts?

TK: We can connect all over the world through the Internet these days, so we would like to help create a new image for Japanese designers. For example, we would like to express Japanese minimalism, caring about something invisible, care with portion and consideration to detail.

JV: Where do you see the brand in the future?

TK: We would like to increase the chance of representing not only as a runway show. In addition, we are interested in doing something outside of the fashion industry.