The street photography of Nina Ai-Artyan imbues mundane scenes of pedestrians and commuters with beauty and intrigue. 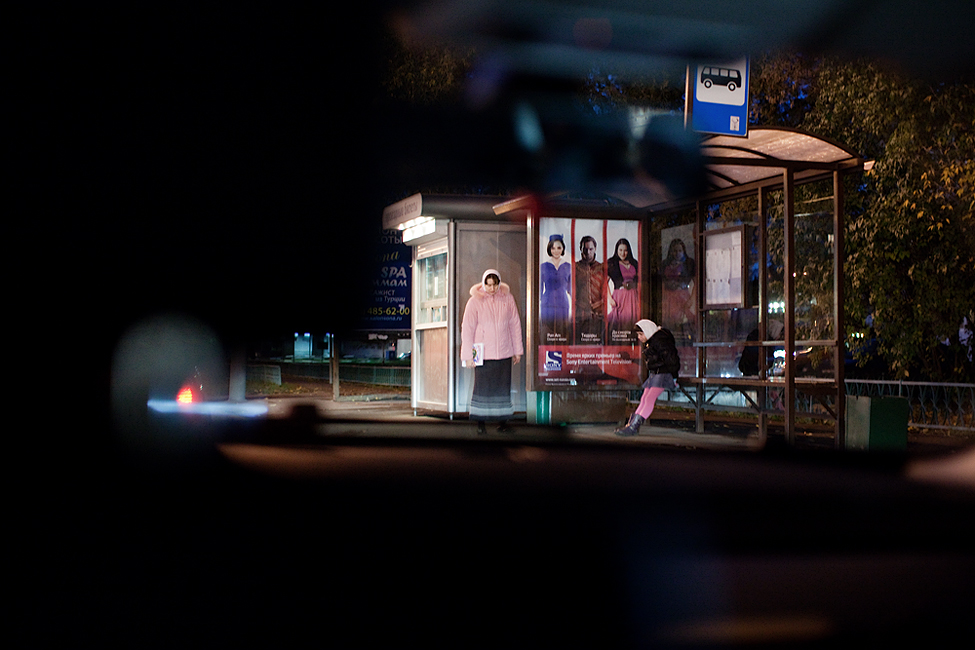 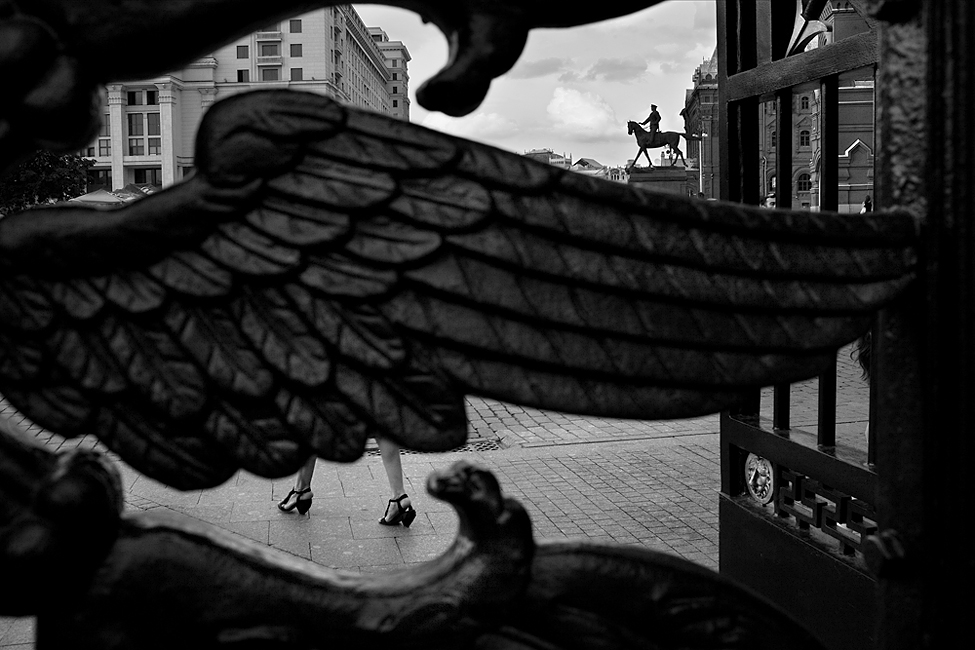 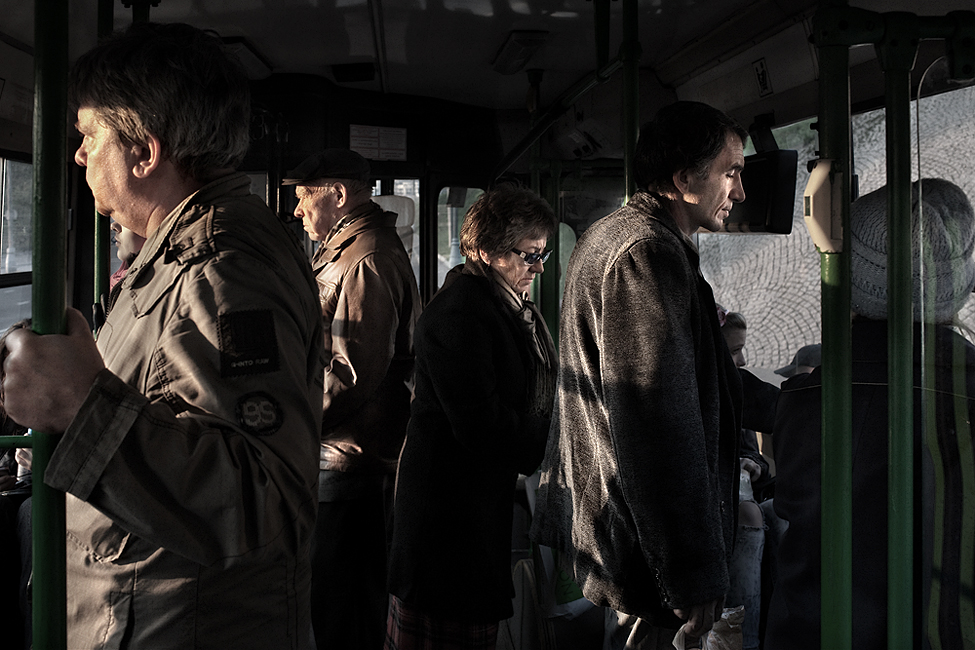 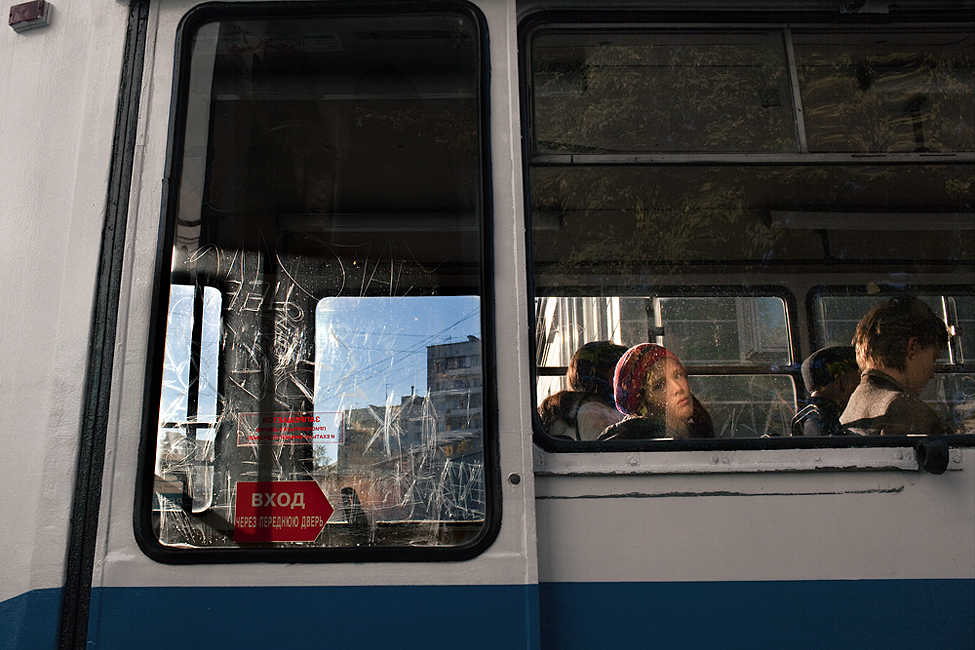 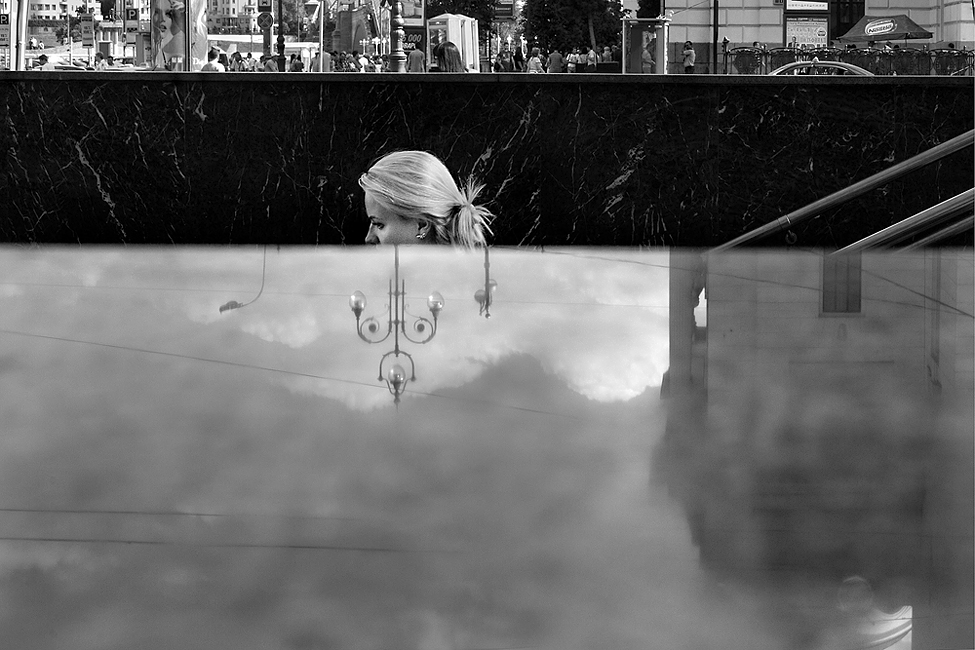 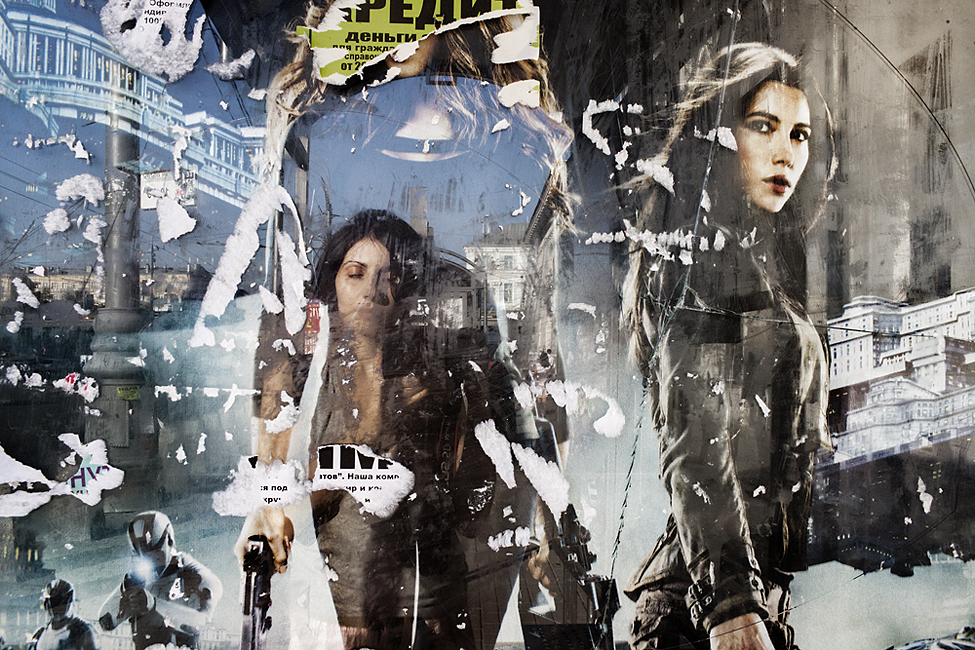 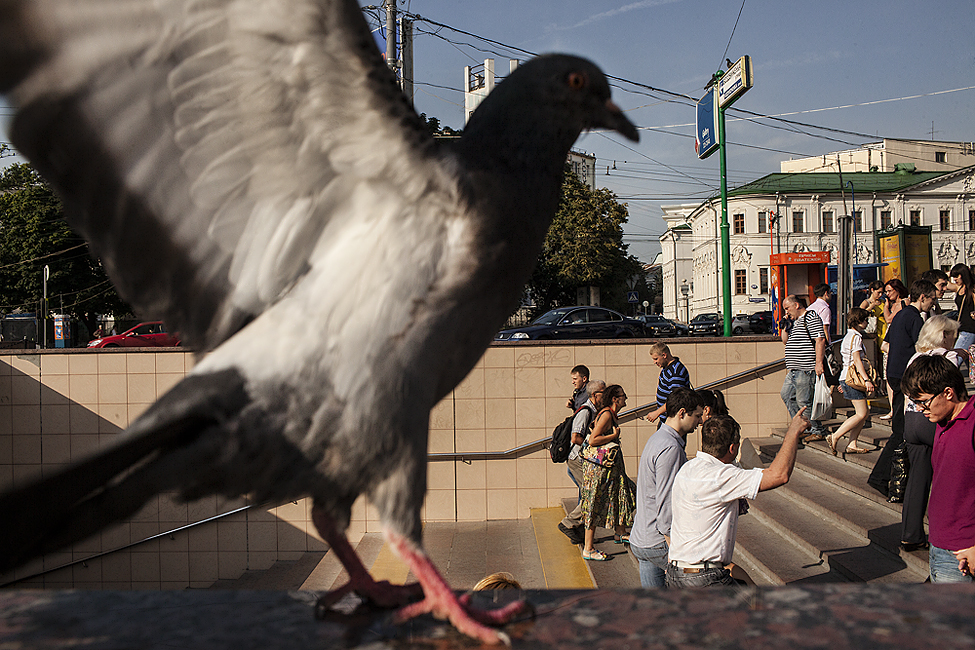 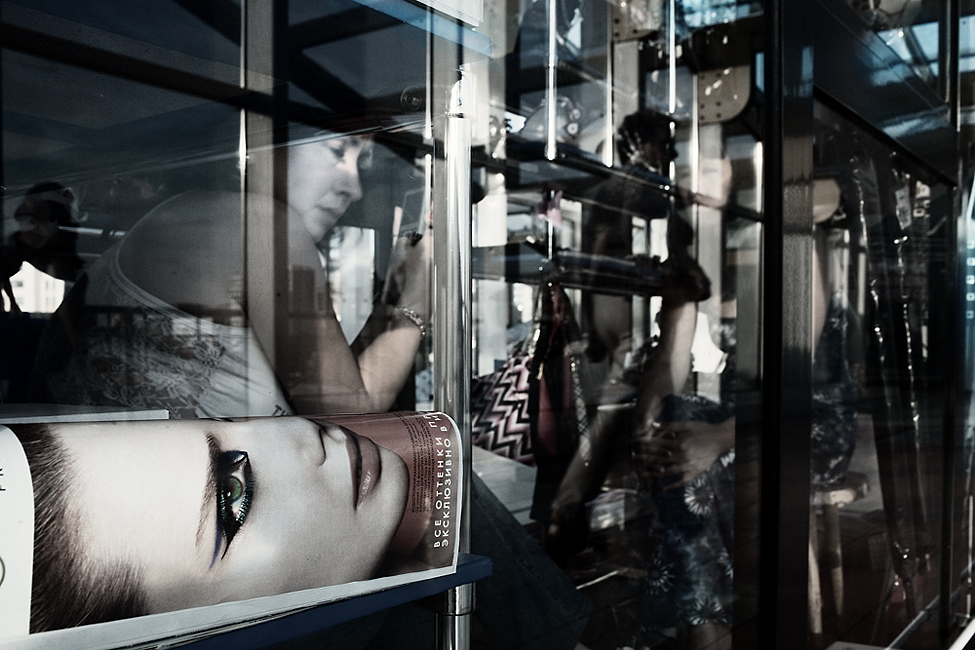 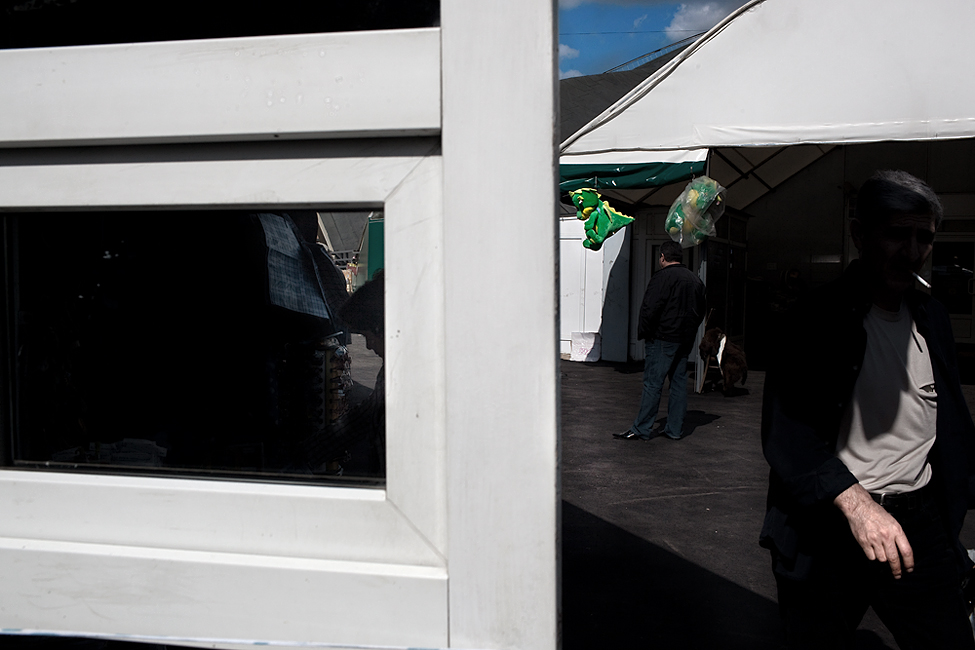 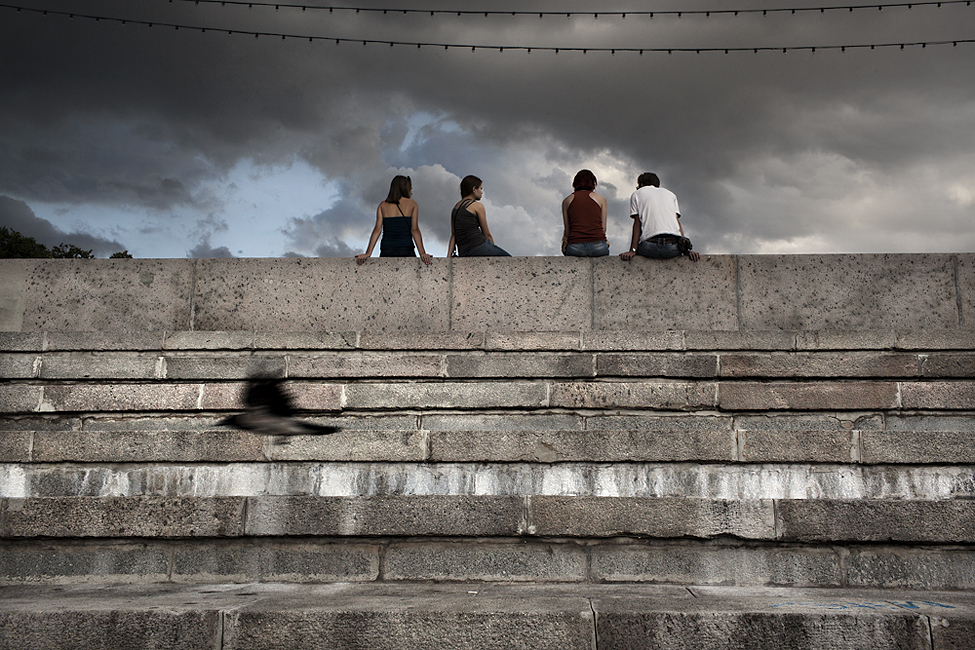 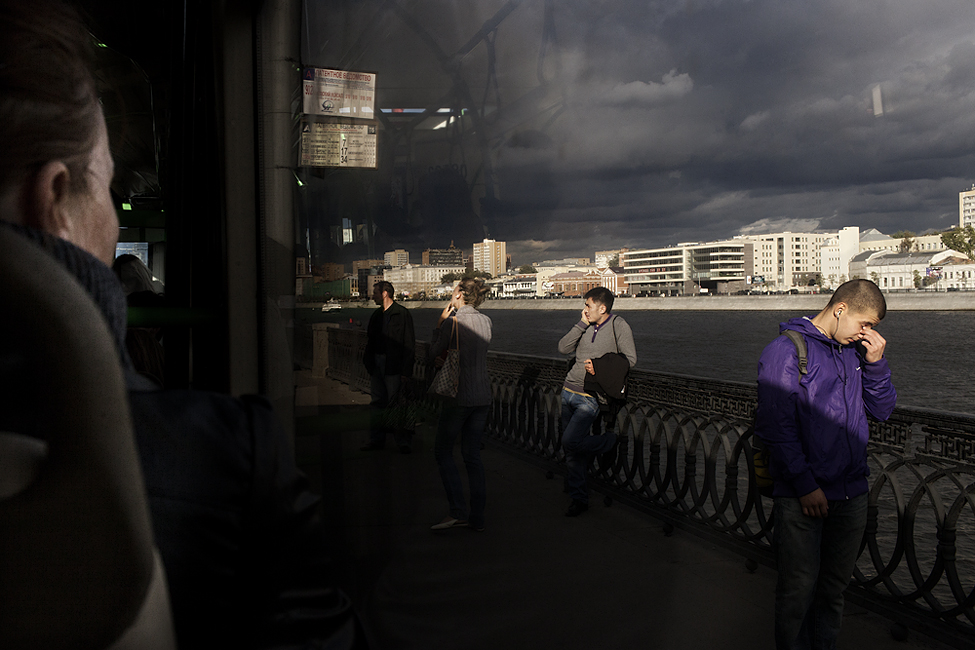 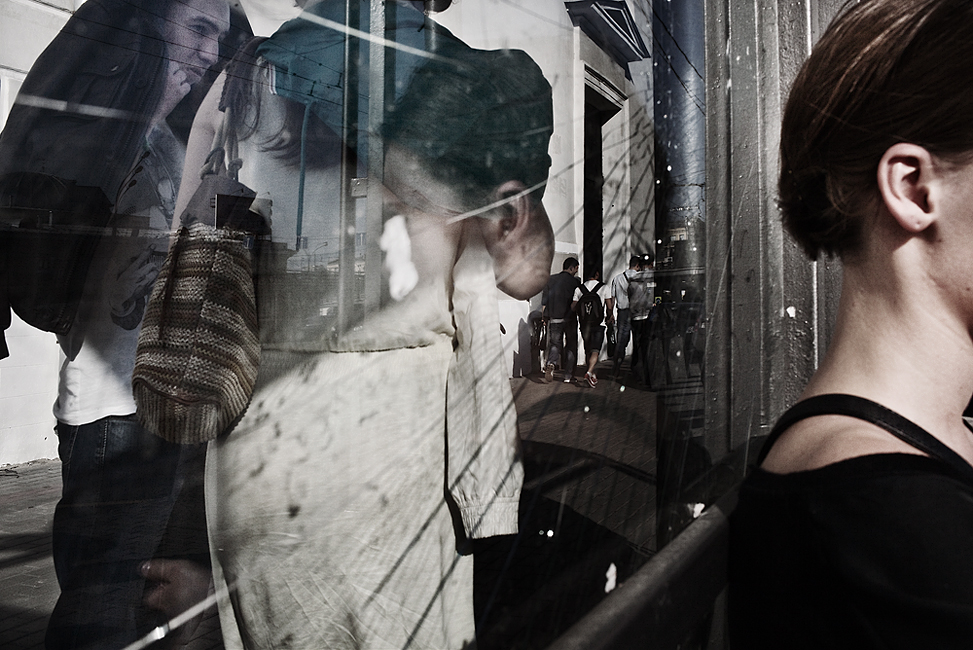 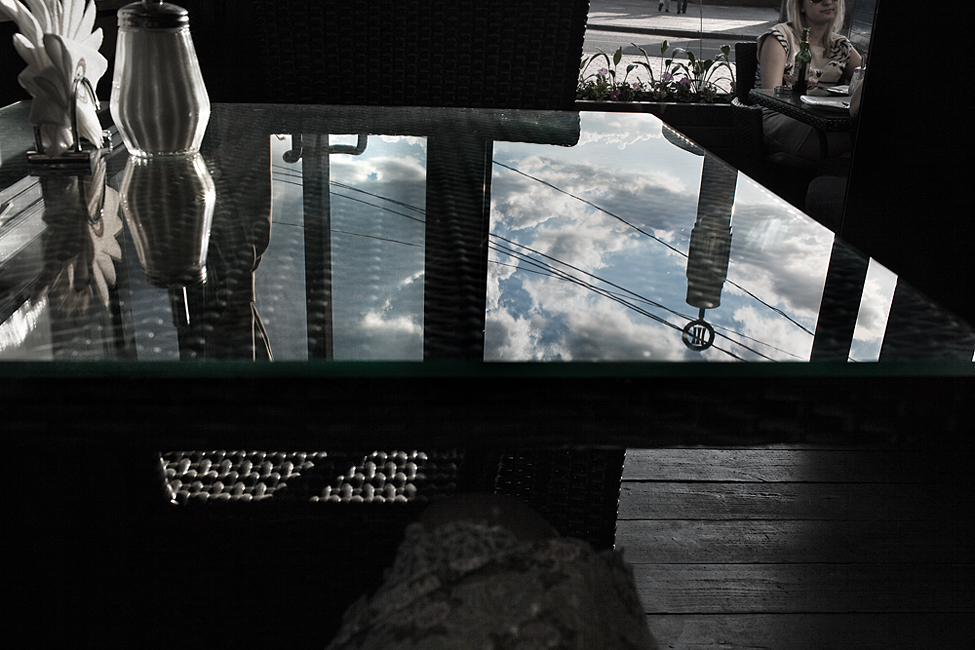 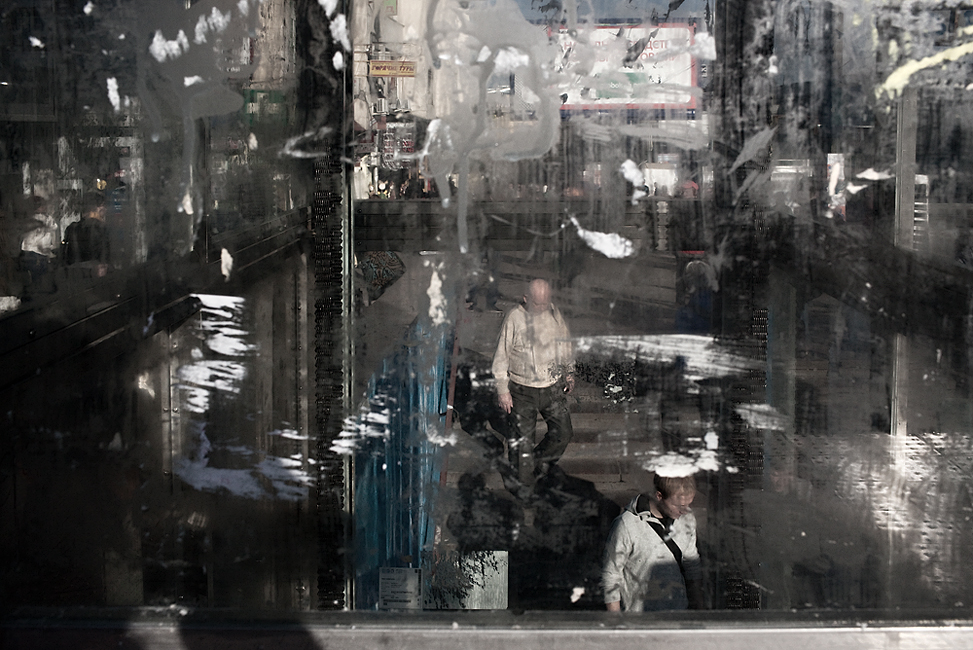 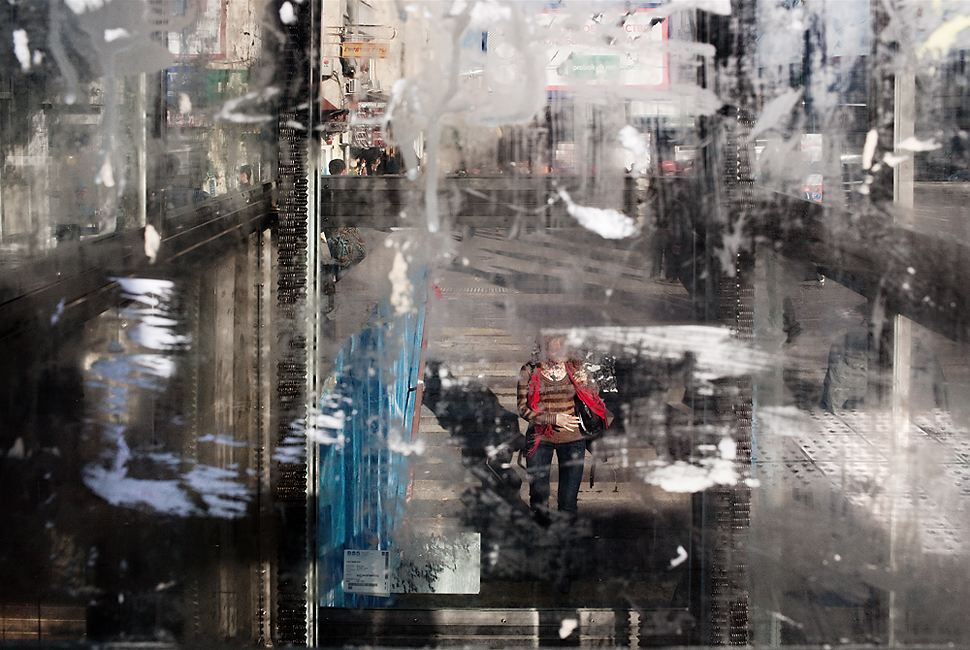 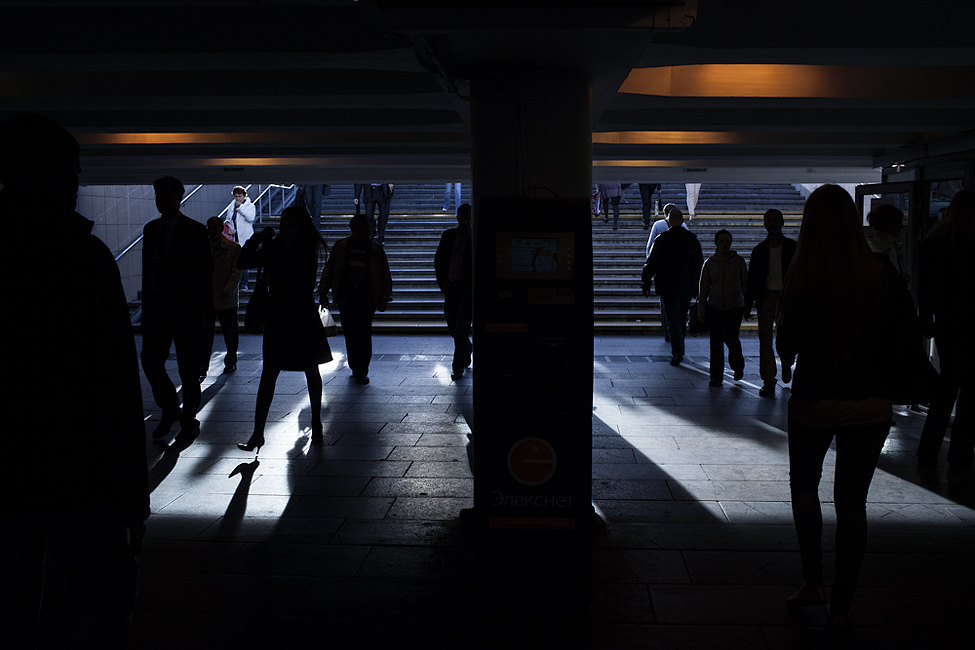 Hi can you tell us about your background? Did you go to any art schools?
According to my diploma I'm a fashion designer and graduated from the Textile University in Moscow. Of course, we used to draw there. Though I can't say I was captivated with it at that time - I liked walking most of all, so I shirked most of the lessons - however the drawing experience did influence me. But I think my parents played a big role. My father was an artist and a designer - jeweller. My mother’s profession is connected with literature, but she has an amazing sense of the beautiful. My grandfather was a film director, and my grandmother was an actress. All in all this is what is called an artistic environment. So it was not an accident that I got to the art institution of higher education. But photography appeared in my life quite unexpectedly in 2003 – 2004.

You said that street photos were your passion, can you explain us how it all started?
From the very beginning of my passion for photography when that opportunity and need to look at the world in a new way appeared (it seems to me sometimes that I’ve learnt to look and see only when camera appeared in my hands) – people in the streets, their faces started to drive me mad, I wanted to photograph them. But at that time I was lacking both courage and skills. So during the first years I was engaged in different kind of photography: self-portraits, art photography, some abstract things.
I was moving very carefully and slowly developing towards the way of street shooting I do now. It even seems to me that it was a peculiar internal evolution. Transfer from minimalism, fragments, self-centered photography to something bigger, multidimensional, not only personal, not only about myself. And of course to something more complex from the form perspective. I get a great pleasure watching how the elements of a complex picture are formed into a one-piece canvas. Watching in particular. Watching is my special passion. I’m not a “film-maker” by any means, just an observer.

Is there something about shooting and having random result more exciting than doing fashion photos where you can ask the model to pose the way you want to?
Yes, there is, and I’ve just said about it above. These are two absolutely different things: watching the natural course of events and fixing them (of course, taking into account something you have inside you; something which helps us in choosing a subject or helps us to choose one shot from a number of those ready), and staged photography. In the latter I understand nothing. Even those works of mine which are not street photos and could seem as staged, appeared quite randomly, and they are emotional. I never know in advance what exactly I will shoot.

How do you proceed? Is it random walks on the streets or do you have special places that you favor?
Often it is random walks, but of course I have several favourite places in Moscow. And when I don’t know at all where to go, I go there.

Do you go out on a daily basis to shoot, do you plan special moments or do you always carry your camera?
I always carry my camera, I don’t leave home without it. So I shoot a lot of things just on my way when I go somewhere on business and so on. But often I go out for no particular reason, just to shoot. But I never have a plan and I don’t know what my way will be.

What are the reactions of the people that realize that you shoot them without asking?
I’m asked this question quite often. Strangely enough, but people almost don’t even react. In this case it’s very important to feel the moment and understand if your interference will be rude and unpleasant or natural and harmless. I think that the second happens when you are in right mood: your interference is almost unnoticed, though everyone could see everything. This is a sensitive moment which you talk about a lot. But in two words – this is a matter of your mood, of your ability to become a part of a process.

Do you feel that you are stealing a private part of them?
No, never. Maybe because when I take photos of people I don’t feel separate from them. On the contrary – during these moments I feel especially keenly that we are parts of a single whole.

Is there a special moment of the day that you like best for the light?
Yes, sure, it is morning and evening. And of course because of light. As it’s the main component for me. Unfortunately in the morning there are a lot of worries, or it’s just difficult for me to get ready early, so most often I’m trying to catch evening light, just before sunset.

I noticed you favored some locations like Public transports for instance, where do you feel the most at ease to take street pictures?
Public transport is not an easy place to take photos at – closed space, everything is visible. But people in the transport are interesting to me. They have some special expression during these routes. Self-absorption, rest between BEFORE and AFTER, time when a person is on his own, he just can’t rush, run anywhere until he gets his destination. But also, as a contrast, I like places in chaos, when everyone is running or rushing somewhere. Especially in the evenings, after their work.

Is it a love relationship between you and Moscow? What matters to you most capturing people or the city landscape?
Yes, of course I love Moscow. I think it’s paradise for street photography.
But I’d like to have more sunlight. А city landscape and people in a photo are important to me equally. Their interaction is important.

Is it easier for you to capture your city than others? Or do you think the fact to be in a city you don’t know helps capturing better images?
I think shooting process in your native city is better. You know everything and don’t look aside for superficial. It’s more difficult in a new city, or you need to be there for a long time enough to be able to put aside the external things.

In which city in the world would you dream to go next?
Frankly speaking, I haven’t thought about it.