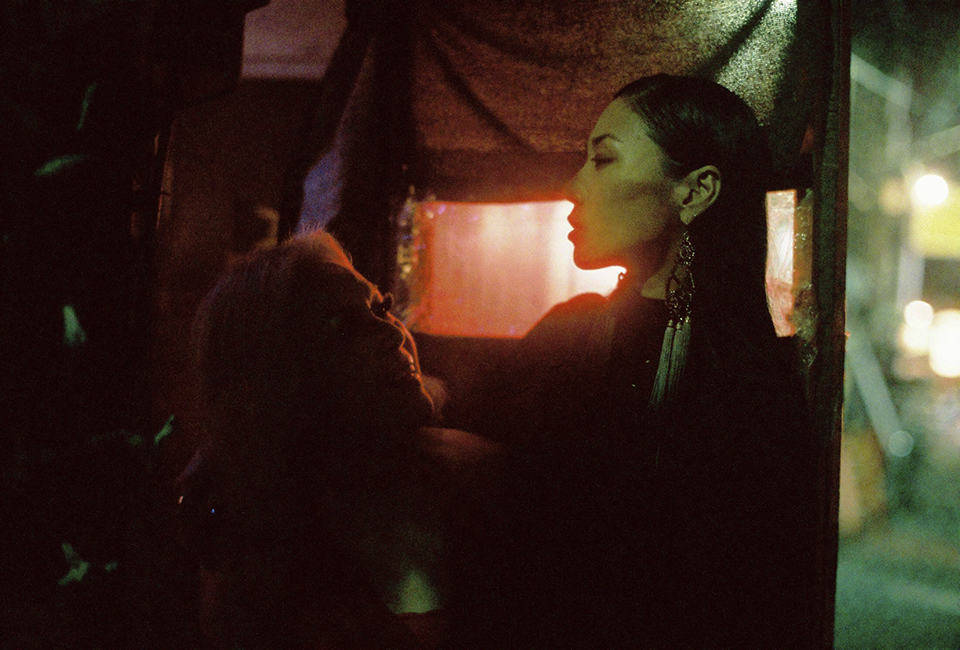 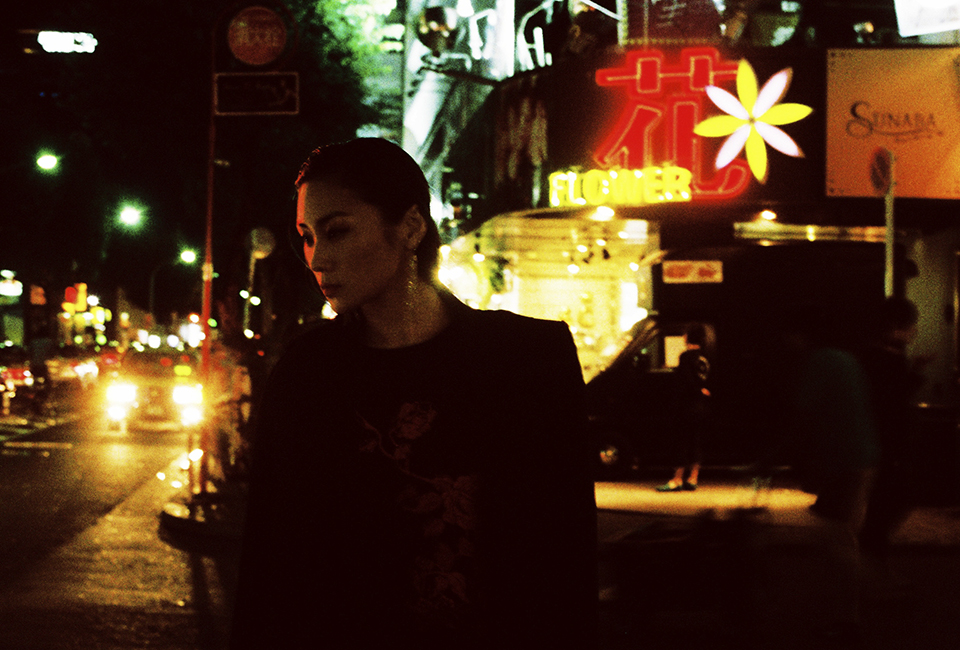 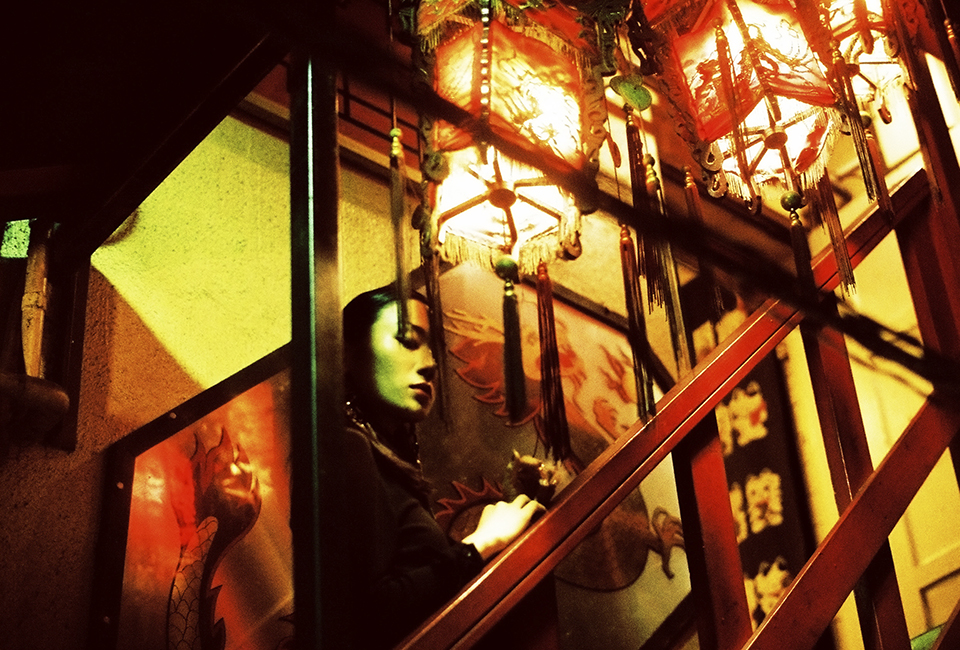 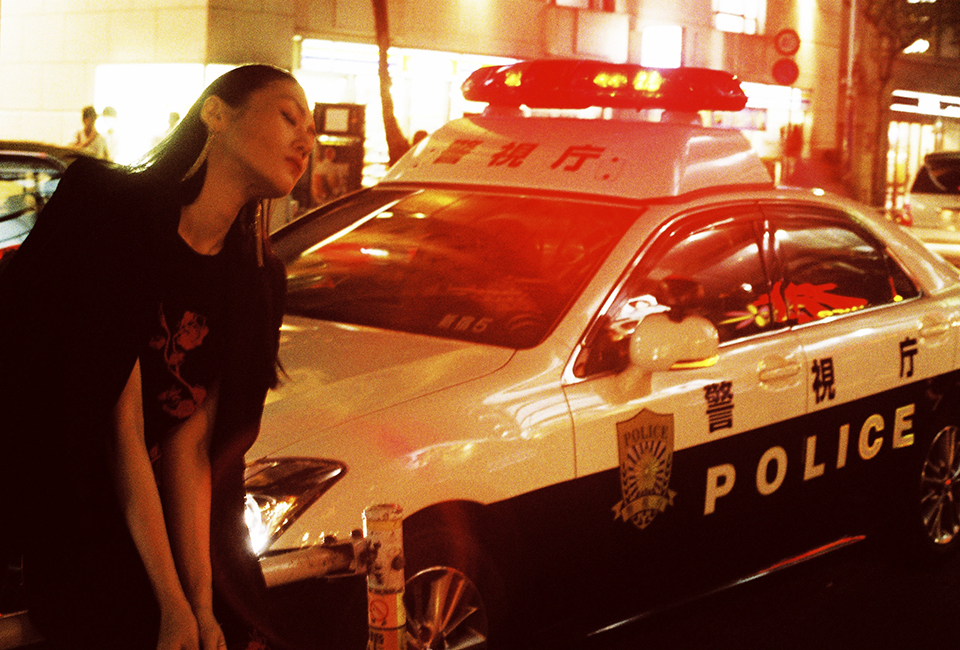 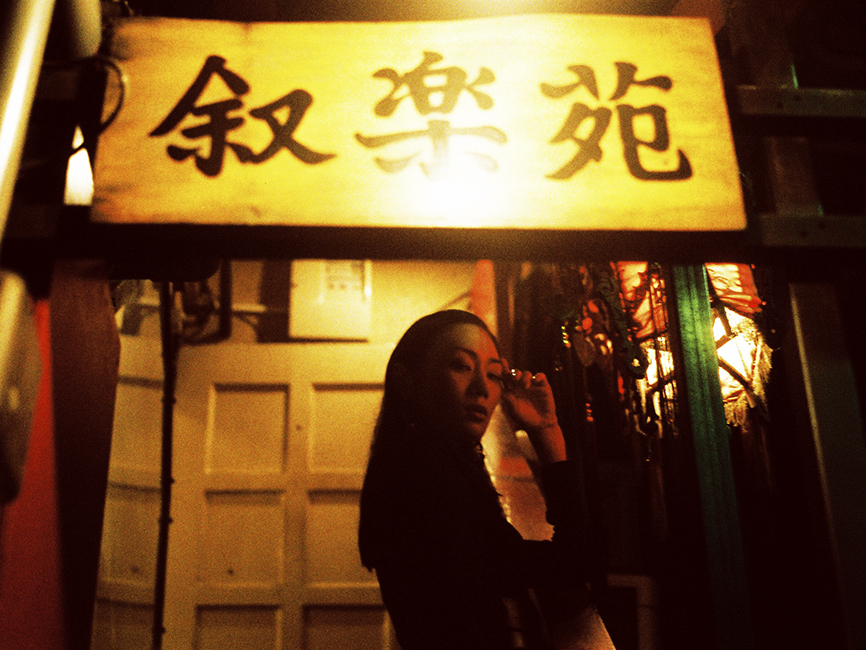 The title for the shoot"Hana to Ryu" means Flowers and Dragons which describes Nana's personality well; delicate and exotic like a flower, and fierce and graceful like a dragon. You can see elements of this in the photos with the facade of some buildings showing dragon motifs and the beautiful Vivienne Tam dresses that Nana was wearing covered with dragon and flower designs.

When I first worked with Nana for a fashion editorial, I felt it was harder to connect on a personal level due to the presence of the creative team. It was a no brainer to work with her again but this time a little more intimately to create a more palpable mood. She basically did the styling, make-up and hair all by herself.

I've always wanted to work with her from the first moment I saw her in a fashion editorial. She has a unique style and exhumes an energy which is both enigmatic and dynamic.

We shot around "Neon City", the Kabukicho Red Light District of Shinjuku, Tokyo. A few locations of note is the flower shop with the lone owner who has been serving the patrons of the host and hostess clubs around that area for over 20 years and a tiny hole-in-the-wall bar on a hidden alleyway in Kabukicho who is served by a TG owner. None of the locations were actually planned and we happen to just come across them while walking aimlessly around the neighborhood.

There's something to enjoy about a spontaneous shoot with a play-it-by-the-ear narrative. I used to shoot documentary street photos; exploring the crevasses of unfamiliar neighborhoods, observing people and finding anecdotes in their daily lives. Contrary to being discreet, having another person in front of the lens adds a different dynamic as they are actually interacting with these surroundings.