We talked to French artist, Nikita Erphene, about his series exploring gender stereotypes, and the way in which gender is expressed for gender non-conforming individuals. 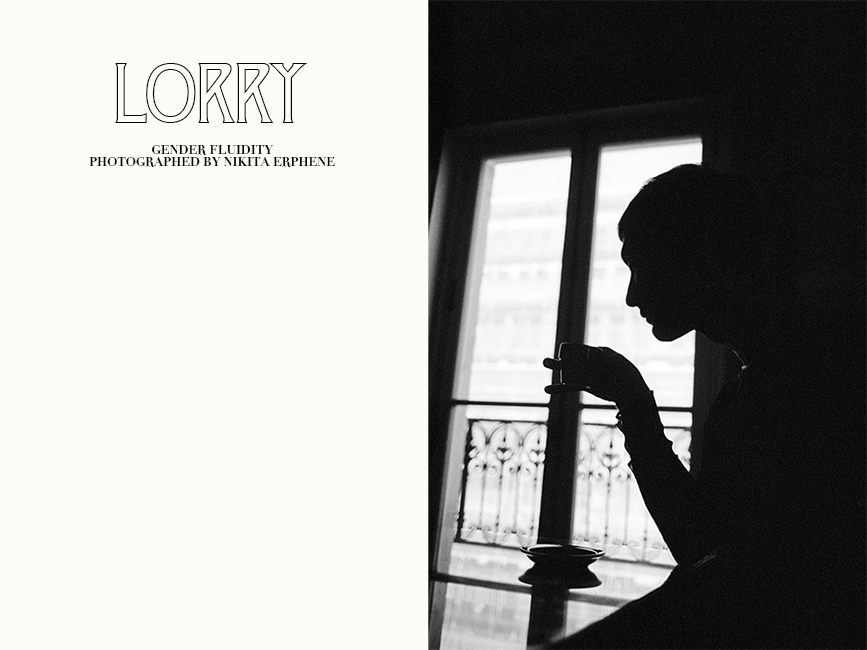 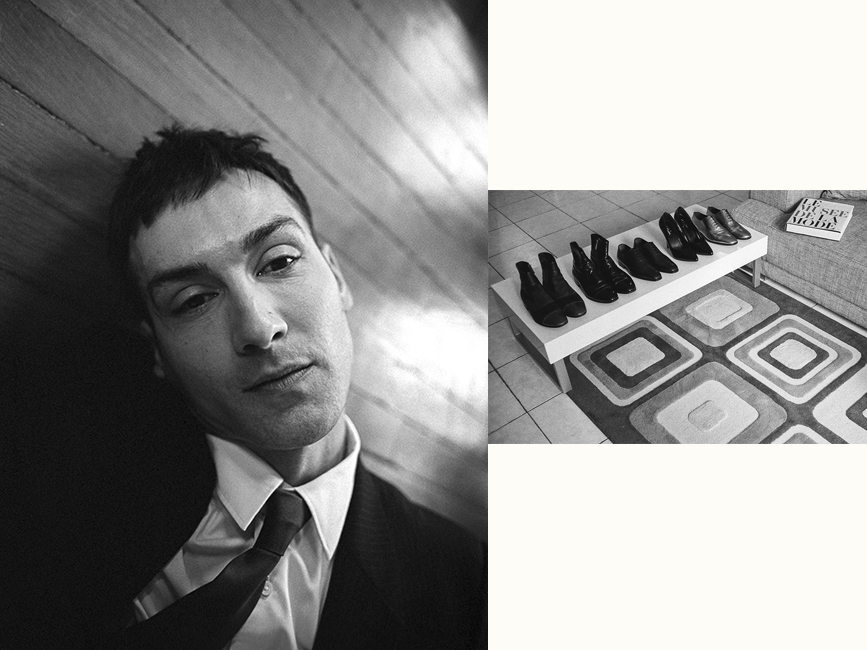 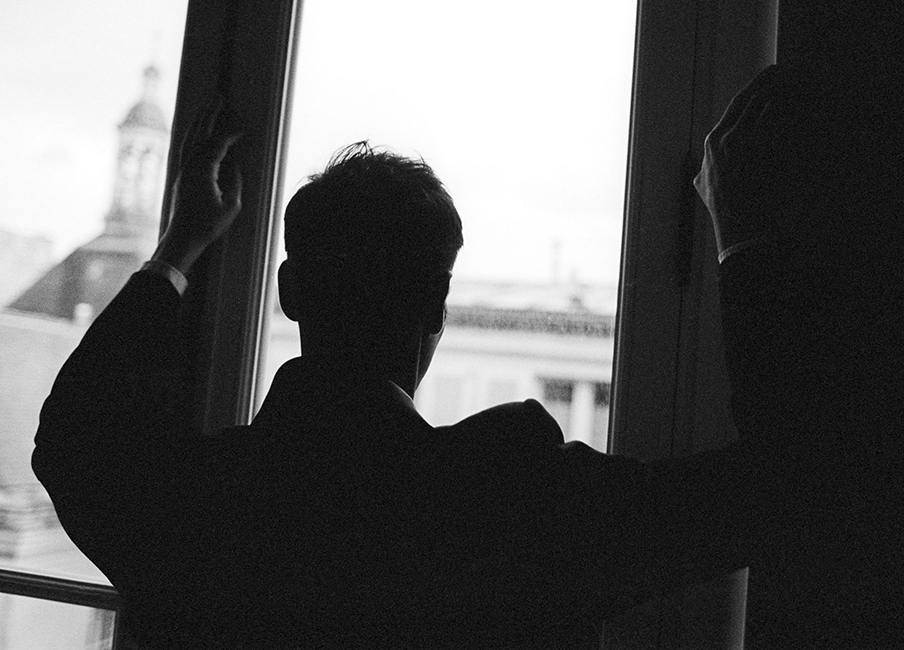 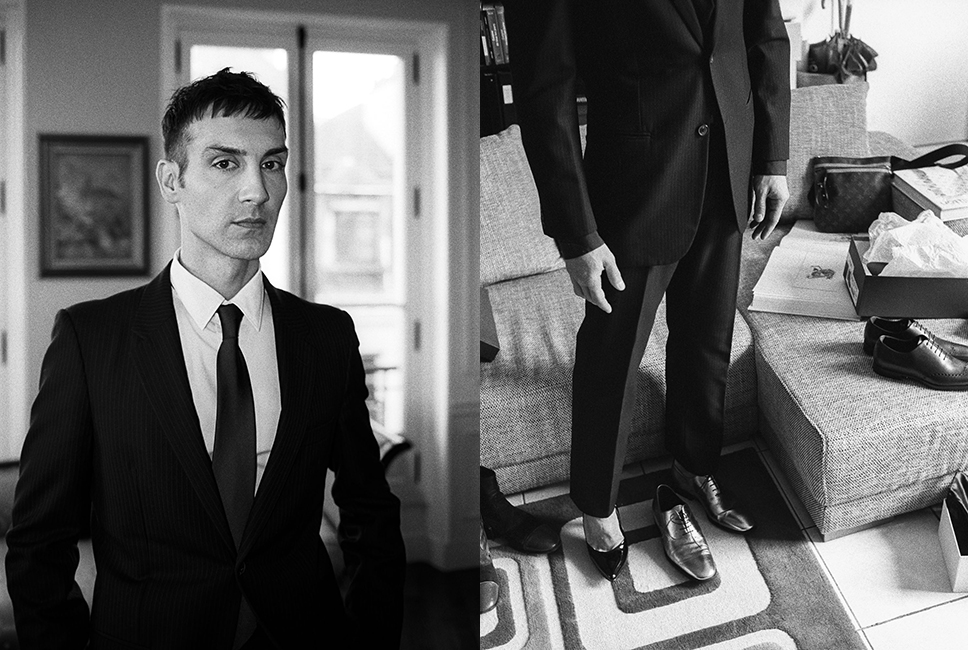 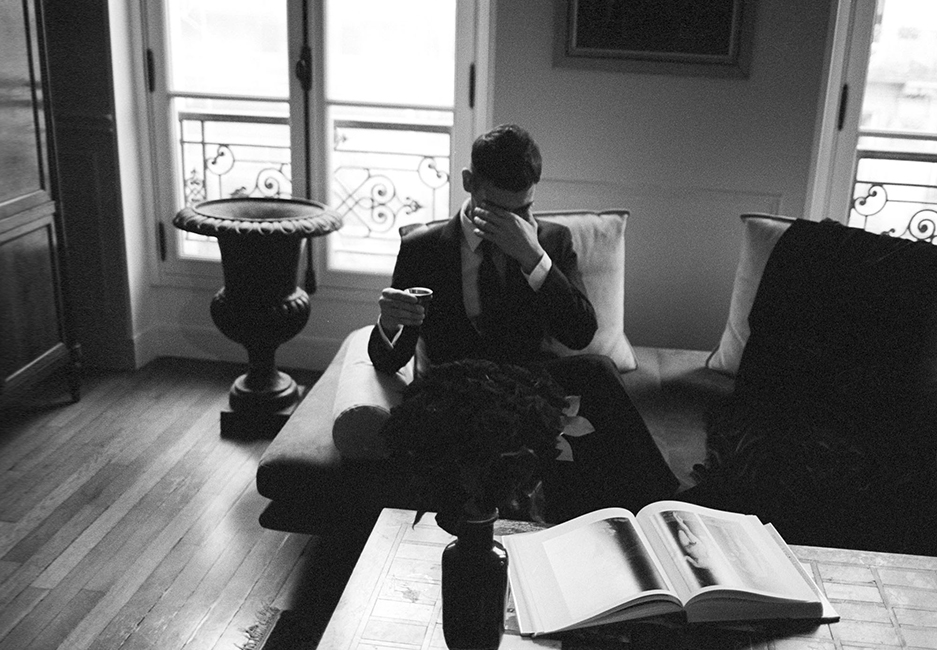 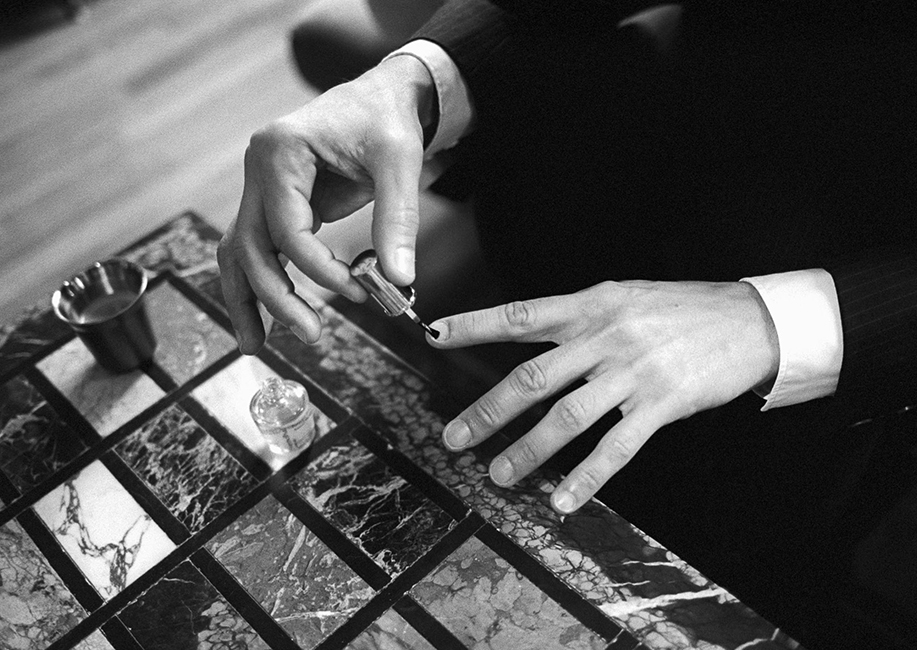 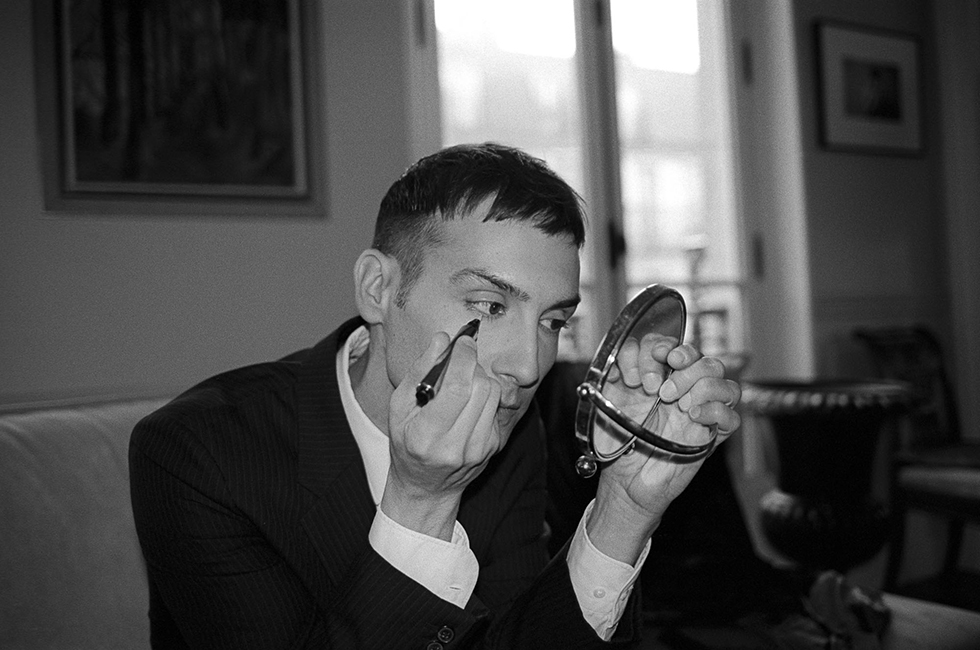 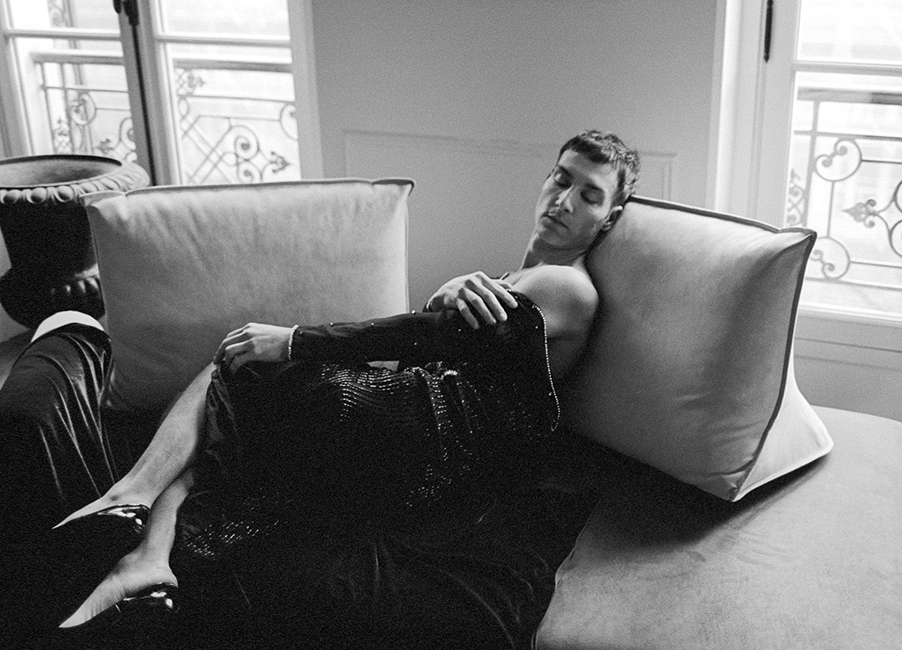 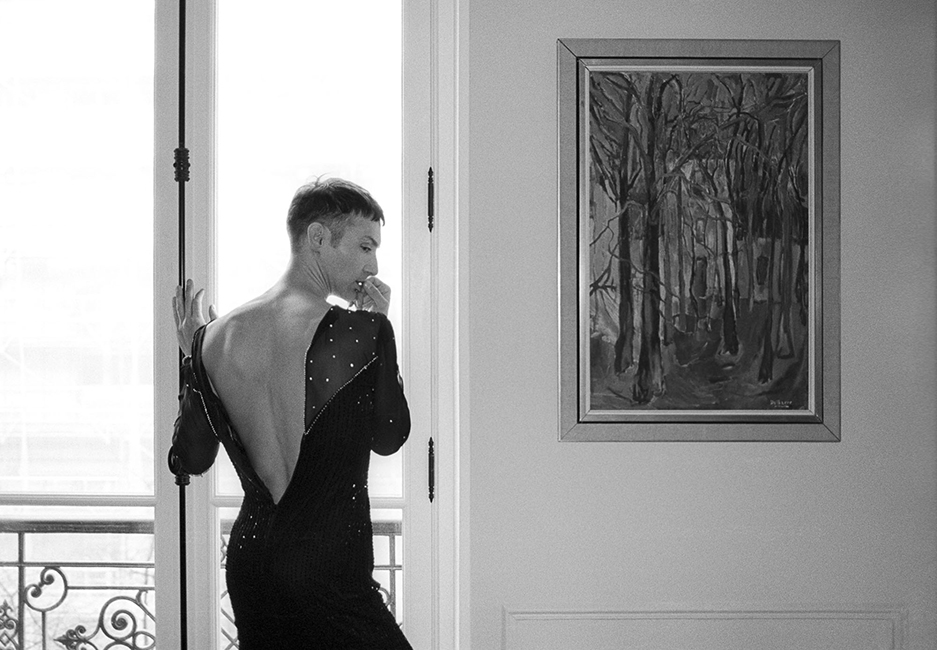 We talked to Russian artist, Nikita Erphène, who is based in France for the last 20 years about his series exploring gender stereotypes, and the way in which gender is expressed for gender non-conforming individuals.

IP: Why are you interested in the topic of gender, and stereotypes of women and men?

IP: Do you consider yourself outside conventional gender stereotypes? Are you queer or gender non-conforming?

NE: I am a very simple and rather conventional person without really being one.

IP: How did you find the model for this shoot? Did you have a friendship with him before this shoot at all?

NE: Several years ago we worked together at the Louvre Museum. He was one of my first male models when I started taking pictures of my friends. Since then we have kept in touch and I have had the opportunity to work with him several times.

IP: While gender and the LGBTQ community are often associated with colour, like the rainbow flag, for example, you chose to shoot this in black and white? What was your reasoning behind this choice?

NE: It's probably Helmut Newton's fault. I was very impressed by his images. Today I work a lot in colour for subjects like advertising campaigns in the lingerie industry. This series, on the other hand, I see only in analogue and often in black and white. There is something authentic, the images remain raw, true.

IP: These pictures follow a person who is playing with both women and men’s clothing and make-up. Gender is deeper than the cloths you put on – how come you chose to represent these stereotypes in such a way?

NE: Around me, no man wears makeup, including women. It's pretty sad. Since that's the way it is, I imagine them putting on makeup. I am particularly interested in their movements: how they apply a cream, a lipstick, their mascara, what colour of red they will end up choosing... In the end, make-up may only be a game, or reveal an alter-ego or even a double life.

IP: Do you have anything you would like to share about your personal experiences, or what you learnt about yourself from investigating this topic and making art around it?

NE: Each experience is personal. I always put myself in the place of the character I take a picture of, I become them. This allows you to explain better to the model what you want.
But beyond sharing, it's all about sensitivity. As a tour guide, I can talk about the Mona Lisa, I know her in every little detail; some painters are even able to make a good copy of the painting but neither I nor they can ever imagine it. The creative experience is unique.

IP: Do you have any plans for the future? What topics would you like to capture next through your photography?

NE: Today photography is becoming more and more a full-time activity. The subjects are varied but I always try to find a very personal, different, interpretation.
For a long time, I have been photographing statues and doing street photography. Last year I made my first documentary reports on children with disabilities and another project on mass tourism in South Asian countries. At the same time I continue studio photography and, of course, my little stories on men, one of whom I present here.