Hsia FeiChang, A Taiwanese in Paris.

In an exclusive interview with ASERICA, Taiwanese artist Hsia FeiChang opens about her work, her inspirations and being an alien in Paris. 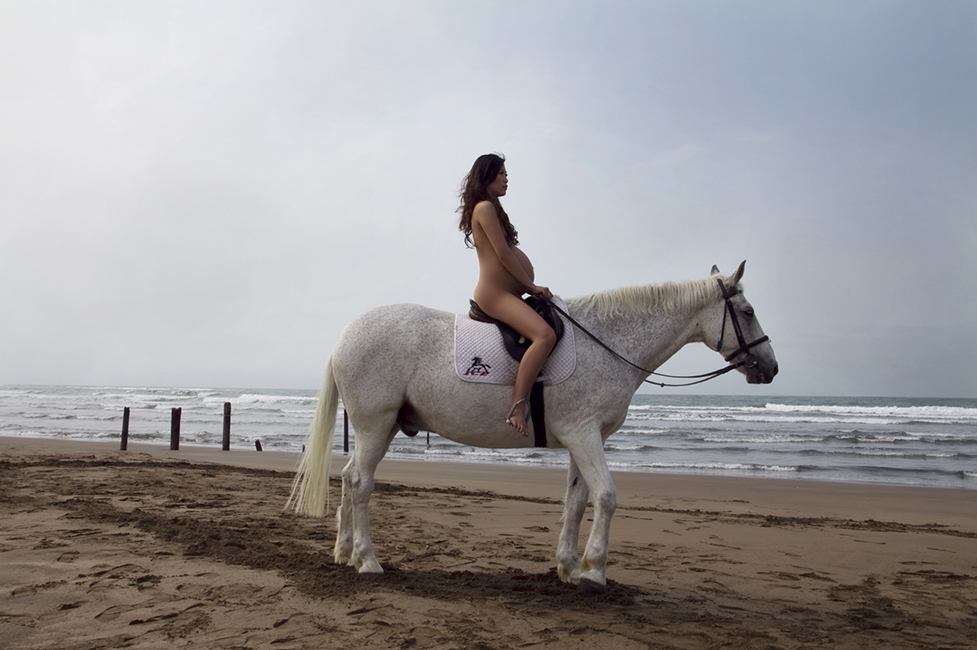 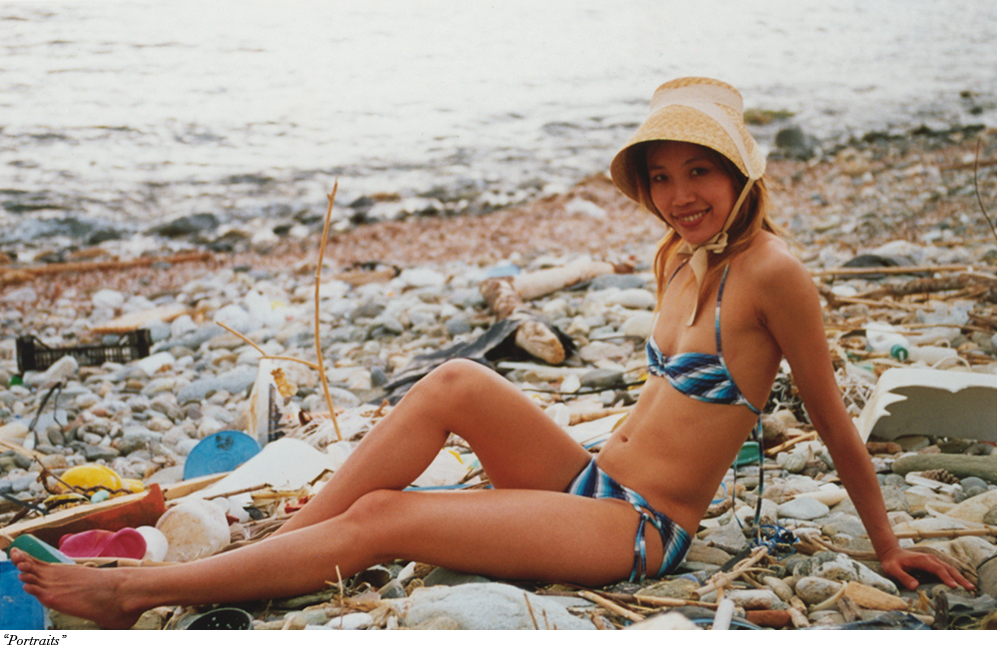 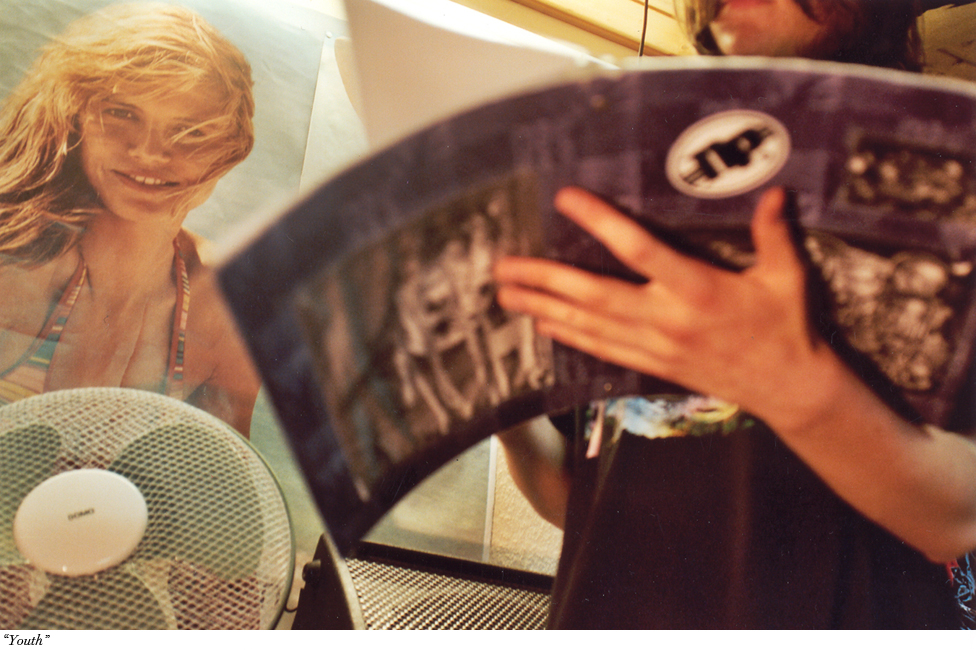 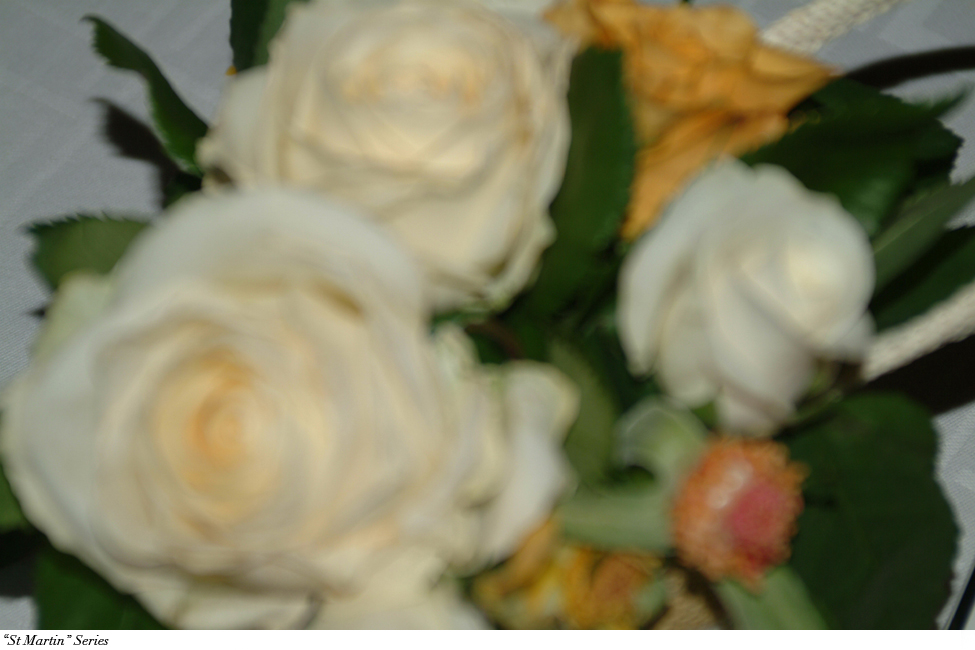 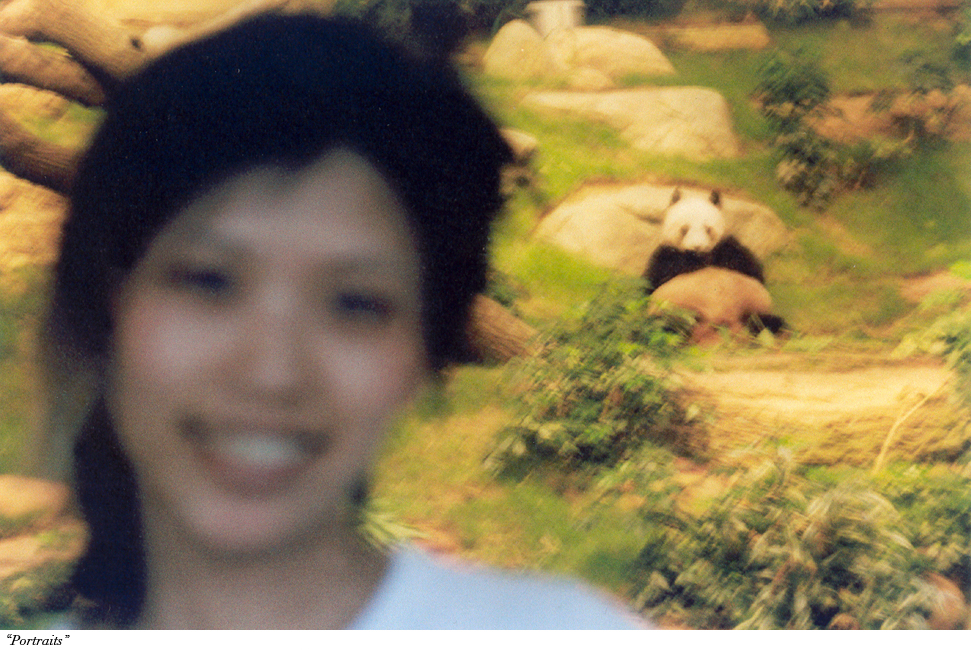 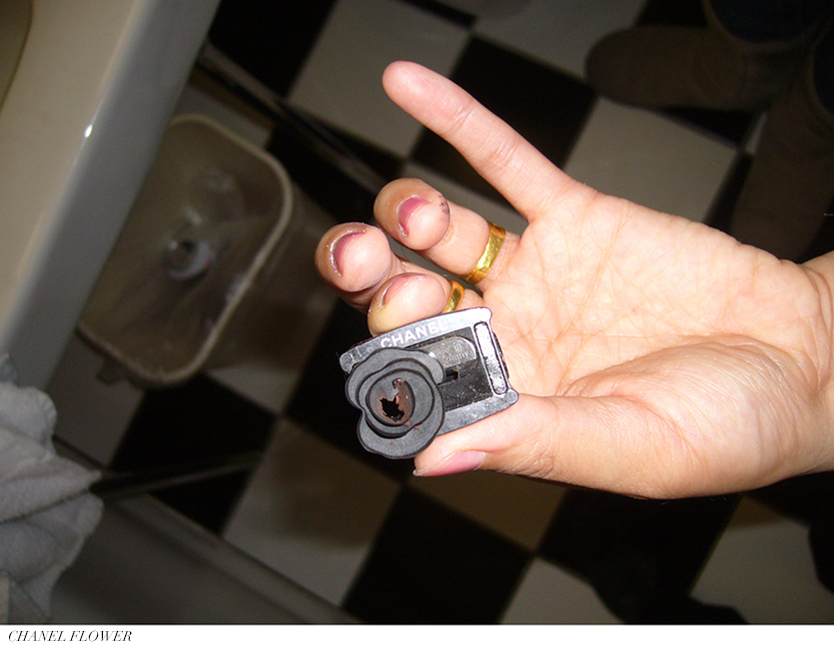 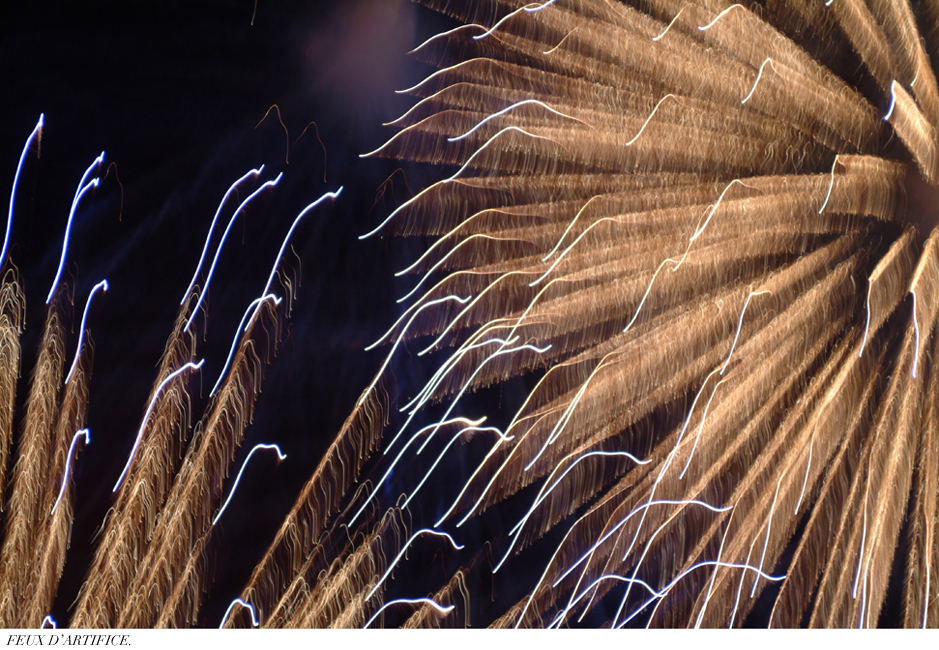 Hsia FeiChang belongs to this generation of artist who can handle almost any medium, whether it is performance, installation, video, signing or photography. Born in Taiwan in the 1970’s, she moved to Paris in 1994 to study in L’Ecole Nationale des Beaux-Arts from which she graduated in 1999. She has remained in the French capital eversince, producing this caracteristic work of hers in which she expresses her opinion on divers topics such as women stereotypes or politics.

Your works are filled with nostalgia and humor. What’s your main source of inspiration?
I grew up in Taiwan until I was 20 years old, and my inspirations mainly came from the memories of my life there. I am now based in Paris and the lifestyle between the two cities is very different. It was a big culture shock for me when I moved to France after my mom decided to send me to École des Beaux-Arts to enahance my art education. It took me a while to get used to those unwritten rules in France. For instance French people are not as open as Taiwaneses towards foreigners, French people have this nonchalant attitude while Taiwaneses attitude is all about sincerity and caring about others. I learned how to act like a French without losing my Taiwanese personality and found myself ending up in a unique cultural position.. And that’s what makes it interesting. What happened in my childhood has had a strong impact on my behavior and way of thinking now. Most of the time I’m creating, I think about my childhood memories or teenage anecdotes.

Some artists draw inspiration from personal experience and others draw it from their political convictions, do your political opinions have an impact on your creations?
Every artist takes interest in different things, and is sensitive to a variety of matters. So in the end, it’s a matter of personal choice. I think my work is definitely politicaly inspired.

Yes, I am also from Taiwan so I can’t help but notice that you did a white T-shirt printed ‘Taiwan Independent’. Is there any more t-shirt alongside?
Oh that has become my private collection. It was a collection called “Lumière”. There were 85 t-shirts printed with various statements that are not very politically correct. For example I have a print saying “I don’t like poor people”, “all the Chinese people look the same” and “the baby in my belly is not my husband’s”…etc. A lot of people have those statements in their mind but they can’t say it for certain reasons, or sometimes it’s just really wrong and immoral. I still don’t say those statements out loud, I just print them on t-shirts. It’s not judgemental, it’s a way to show my concern about people’s doubts and fears.

I am glad to see someone bring NAKASI back abroad. NAKASI is part of the childhood memory of the 70′s & 80′s generation in Taiwan. We saw this kind of performance in restaurants, bars or sometimes hot spring house. Can you explain the concept of NAKASI to our readers, and why you choose to input to your performance?
The original meaning of the word “NAKASI” means “On the Move” in Japanese. It is a performance form of Taiwanese and Japanese musicians playing popular music in bars and hotels during the 70’s and the 80’s. A band sang popular songs of the moment and Japanese songs translated in Taiwanese words. In its beginning, the singer was accompanied by a traditional three-stringed instrument (Shamisen). Later a guitar, an accordion, or more often a keyboard replaced the Shamisen. The singer had to remember the lyrics of hundreds of songs. The customer ordered a song on the spot, and the performers had to play it right on the stage. They gradually disappeared in the 80’s within the arrival of karaoke I choose NAKASI as my performance because it’s entertaining. I twist it a little bit as I sing the song I want to sing and I read a story about my life before I sing. Also I am indulging in the idea of wandering around, neon lights deco, cigarette smoke and tips. Since the band is always on the move between bars and hotels, their luggages are light, they put instrument on the back and they go. They adapt themselves to the next bar, next audience and next place. They move constantly like nomad.

What’s on your playlist for the NAKASI performance?
There are too many songs! “As tears go by”, “My body is a zombie for you”, “Because the night”,” Where did you sleep last night”, “The flowers of carnage” by Meiko Kaji. I did a lot of Japanese songs but I don’t speak Japanese at all. I just try to remember the lyrics by the sound, like the original NAKASI spirit. Also, “Love will tear us apart” by Joy Division, “Innocent When You Dream” by Tom Waits. And some French songs like “Tous les garçons et les filles de mon âge”, “Laissez-moi danser”.

Did the performance match the expectation of how you wanted it to be received? And what emotions did it trigger, what was the feedback of the audience afterwards?
You can feel if an audience likes a performance or not. Sometimes they sing along with me, sometimes they cry for the story being told before the singing. Sometimes they have the « I’m really bored now » look on their faces. It used to have an impact on my mood, really stressed me out. But I learned how to concentrate on myself and not to be influenced, and also one glass of whisky might also help. You just need to carry on and complete the performance no matter what. It’s like life.

We like the fact you did your self-portrait in such a provocative way. Is it a way to challenge the audience or is there some message to be delivered?
Provocative is an objective point of view on my work. The picture itself is not illegal, indecent, neither incestuous. The fact of my work being viewed as provocative brings up the question I ever want to ask: “What’s you problem with this image? Is there something obstructing your mind? Do you feel a certain conflict with society or pressure from it’s side?” My work doesn’t aim at educating people, but simply at rising self-questioning on their part.

What can you say about camel toes? Any insights on the subject?
It looks uncomfortable, doesn’t it? The vagina lips are squeezing out of a strawberry-print panty, which symbolizes the little girl, the purity, the society frame and morality, meaning the little girl longs for liberation but is imprisoned.

Where did you take the self-portrait of you lying on the beach? You look beautiful there.
On Corsica Island. It’s a dirty beach full of garbage. I was lying down elegantly as if I were the lotus flower symbol of Buddhism. « Live in the shit but not imbrued by it. » I enjoy an image with a sense of clash.

In some of your performances like “Naked Elevator Woman” (reminds me of Marina Abramovic’s Imponderabilia) and “Naked Woman on The Horse”, are you trying to challenge the stereotype image of women?
No, on the contrary. In Korea, I saw they have this girl working as an elevator woman, and I just wanted, through the transparent raincoat prop, to draw attention to her individuality, to the fact that she’s a human being and not just an object. And people were unsettled, they kept within a certain distance from her, which means they became more conscious of her presence than if she had been dressed normally. As for “Naked Woman on A Horse”, of which I made a sculptural version for a Chinese art fair, the police thought I was encouraging invasion of China by Taiwan. So I had to tell them it was a sexual parity thing, and they finally dropped charges.

People often categorize you as a Feminist Artist, do you find it flattering, or offending? Do you like the word “Feminist”?
Flattering, I guess? Well, I accept it. However, I don’t think I’d make a good feminist. I don’t fight for women because women were born like that: fragile, tender and soft. I just describe and reveal the things I saw. It’s my experience as a woman. Anyway, call me feminist, don’t call me feminist, I don’t really care.

How has becoming a mother changed your creative process? Did it change your sensitivity?
Yes, because the sources of creation come from the artist’s comprehension of life. My spiritual consciousness transformed enormously through the process of giving birth. I transformed from a girl into a woman. Even though I use the same media and material, the result is different. It’s less childish and capricious, I would say.

Artistic collaboration has become common in cultural production. Is it intriguing for you to collaborate with other artists?
Yes of course, collaboration is a mutual empowering process. I would like to work with musicians or bands like Joy Division or Beyond.

What are your expectations for your future career and life?
More and more freedom. Less and less worries and restraints.