As an artist of many mediums, Johanna Stickland returns to Aserica for a second time with her newest photography story; layered with soft feminine energy, anonymity and interesting distortion. 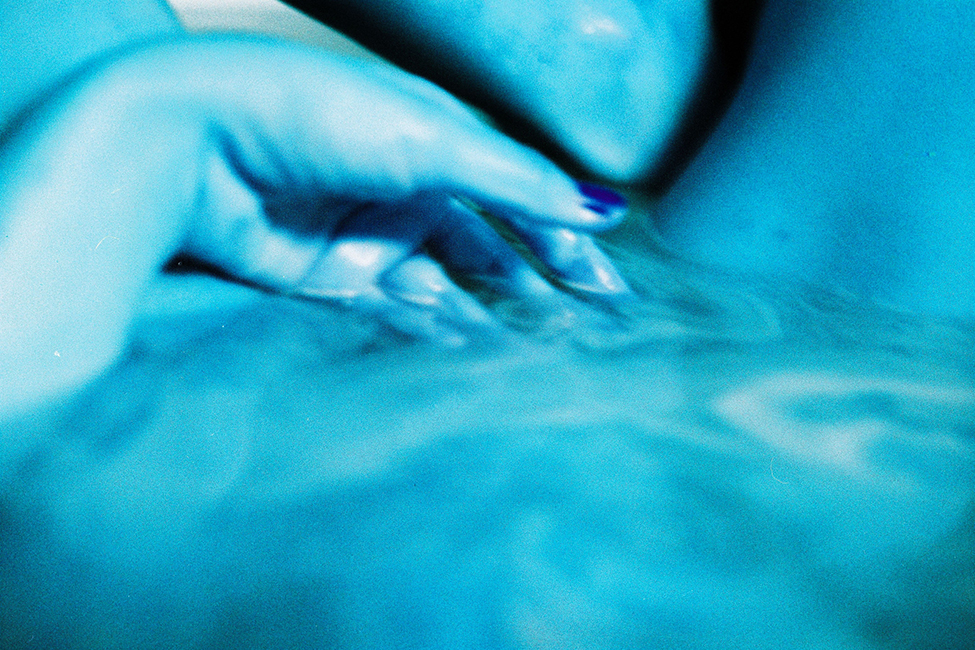 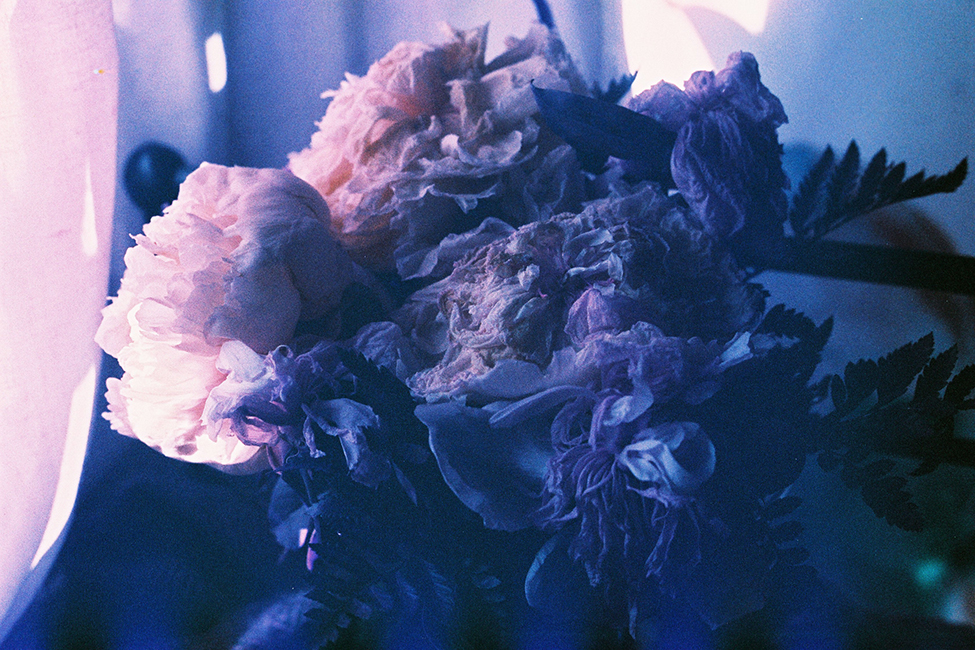 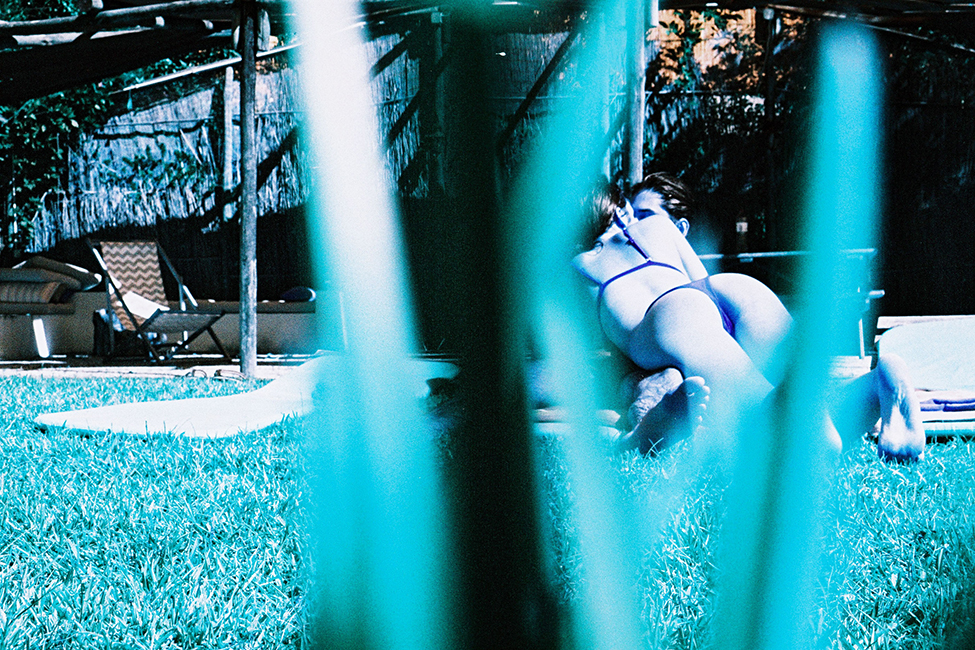 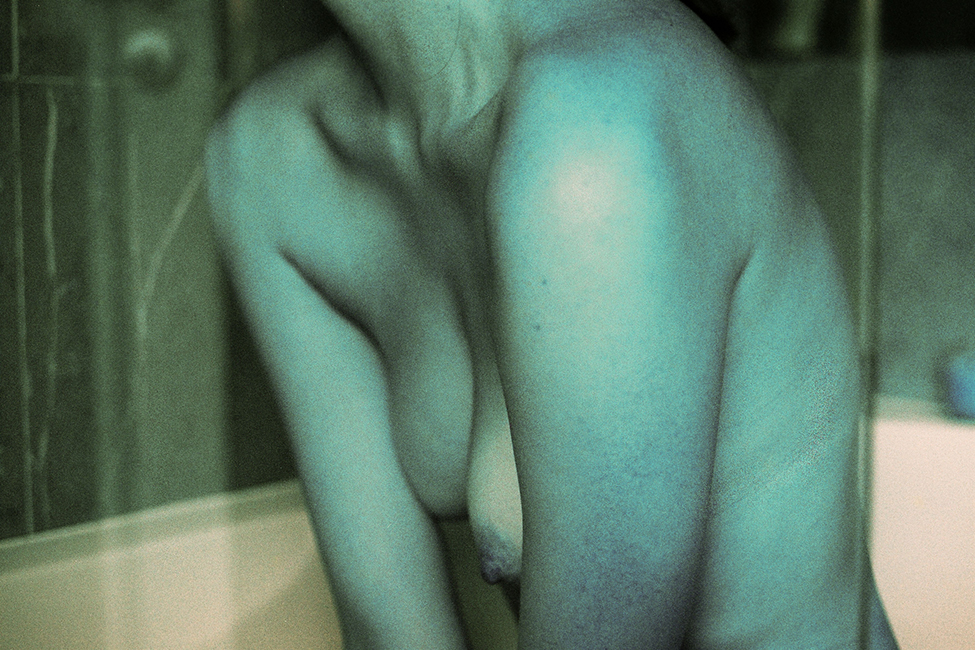 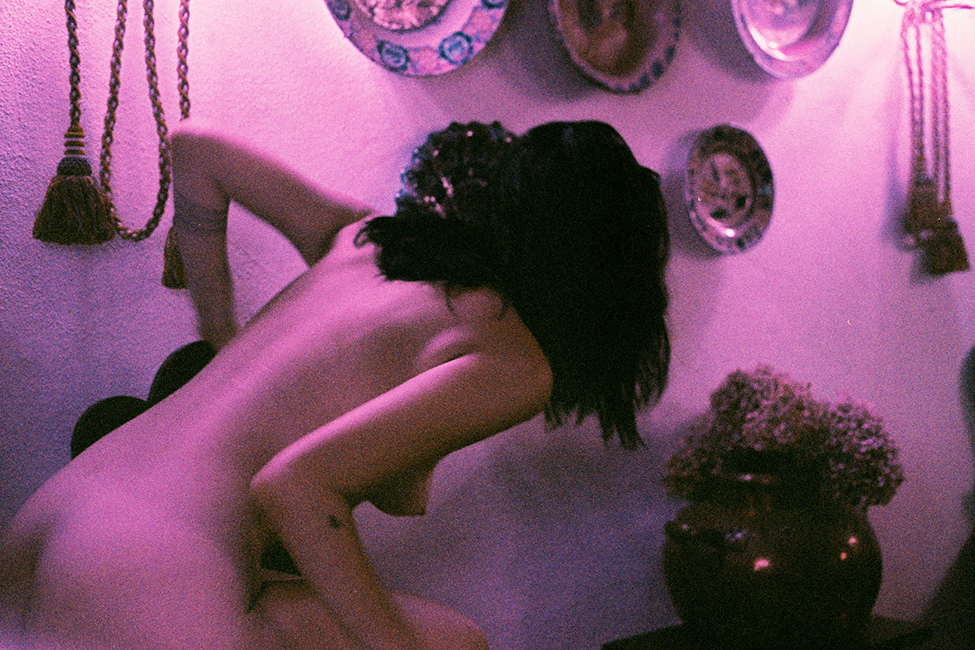 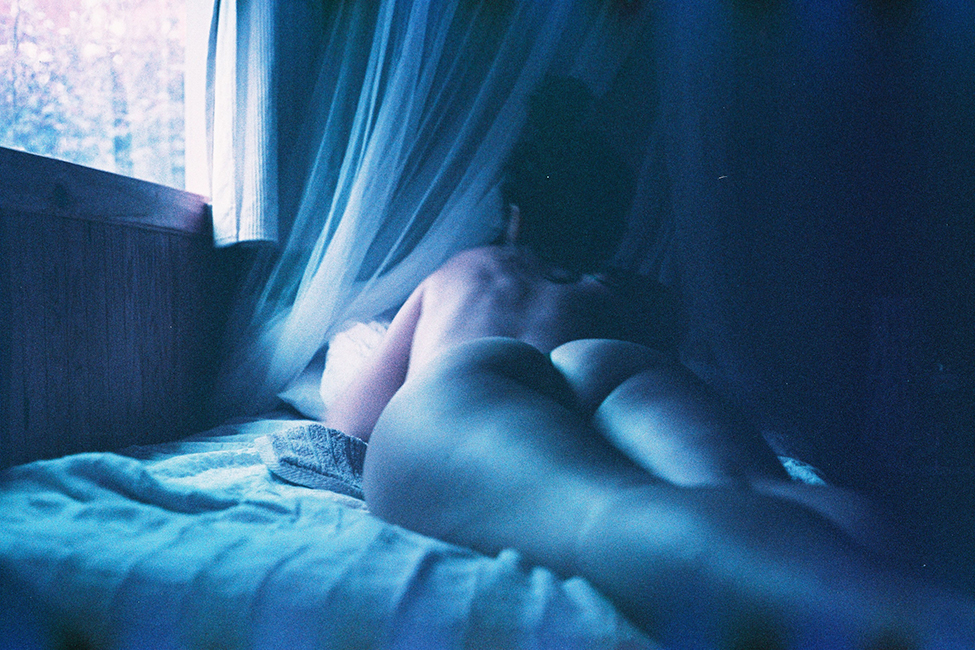 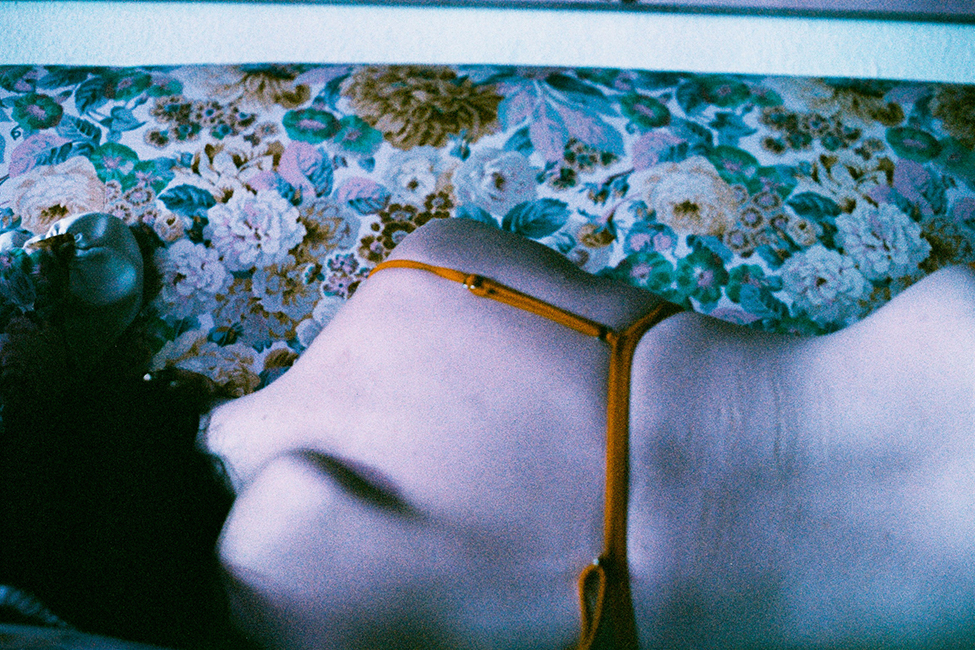 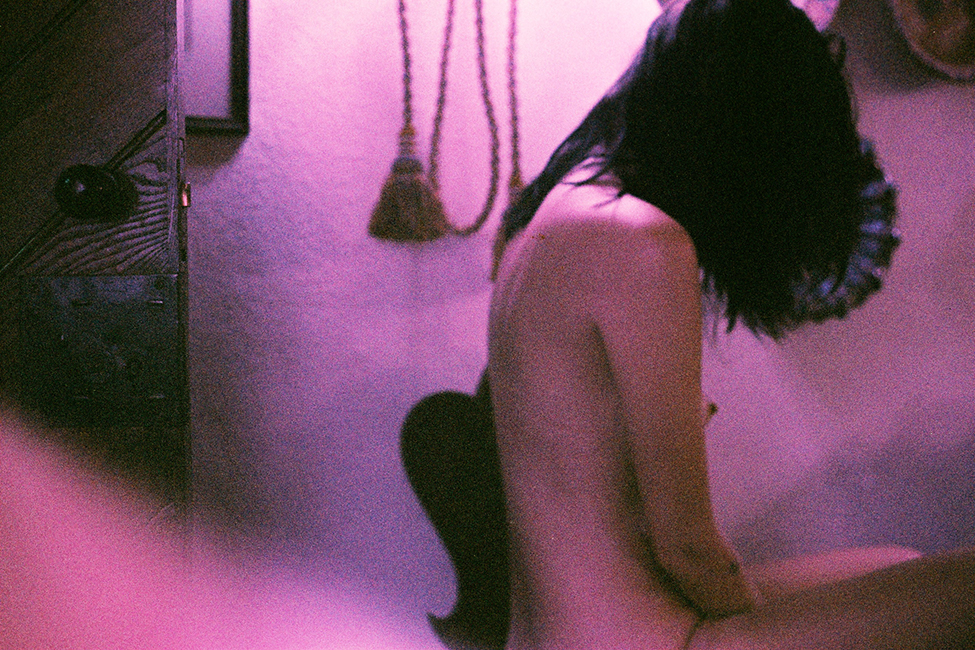 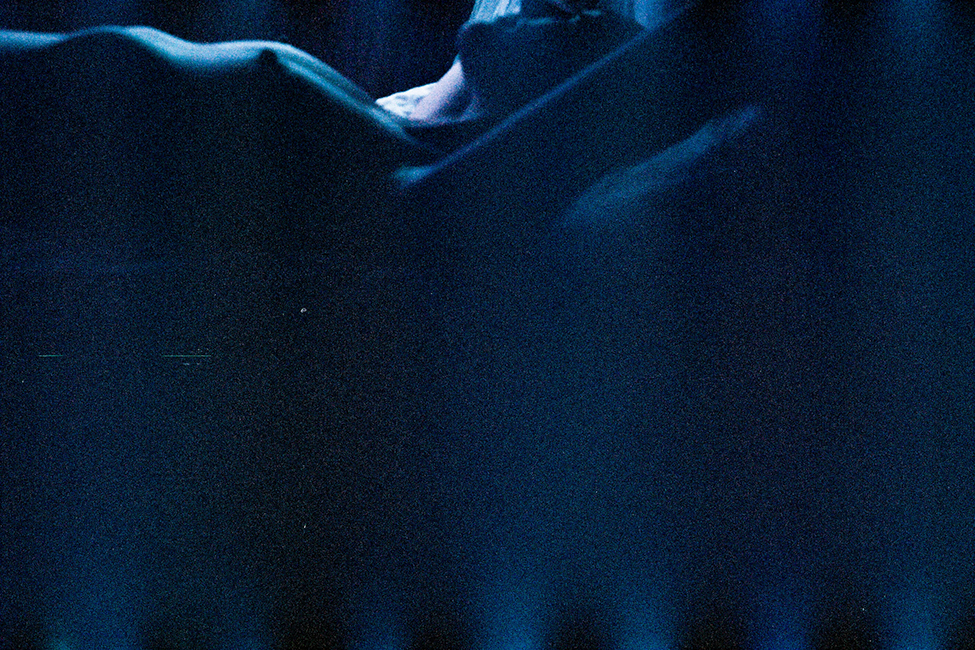 NM: Where are you from in Canada, and what has brought you to your current residence in Portugal? How have these locations inspired your work?

JS: I was born in Regina, Saskatchewan and grew up in Calgary, Alberta. I came to Portugal for love and ended up just staying and making it my home base. I started taking photos in Calgary as a way of escaping my reality, where I felt restless. I made a few trips to really beautiful places nearby like the mountains of Alberta and Drum Heller (a very strange place that looks like Mars), and those trips with friends led me to having a love affair with photos as a means of adventure and capturing something in time with those important to me. The rush of getting film developed was a kind of magic thing too. When I came to Portugal I was still taking pictures but became a but disenchanted with that process. I had a lot of alone time and a more sleepy lifestyle, so I started painting. The isolation and having so much time alone in my head inspired me to create paintings, they represent more my inner desires and emotions. Only recently I began to take photos again. The country is so inspiring to me, very rich in history and so much beauty all around.

NM: Looking through your previous photography, you mostly shoot female models. What is it about the female form that you like to shoot? Does the female figure represent something to you?

JS: This is a question I have been thinking about a lot as I get asked it more often. I think I'm just drawn to women, their beauty, their complex emotions and inner worlds. The female body is just so visually pleasing to my senses. It's a simple answer but I think that's mainly it. My body is always something I struggled with accepting, but through making self portraits and becoming more comfortable in my skin, I came to discover beauty in that and I had a desire to capture that in others too.

NM: Your work oozes feminine energy, wether it be from your models posture, soft florals, or a blur of the lens. What draws you to represent femininity in your art?

JS: I never really thought about that, but when two women are creating something together I think it's usually charged with an energy that can come across in the images as very feminine. When I think of femininity I think of a heavy but also light sensuality that comes from in between moments and gestures. This is a beautiful thing that appeals to me visually and emotionally.

NM: In this series, I am very drawn to the anonymity of your models. Viewers do not see their faces, but they body language and shape. Why did you choose to exclude facial features in this?

JS: It wasn't necessarily a conscious decision on my part, but I am interested in anonymous imagery especially if it is more intimate, figure based or sexual. It creates a mystery that makes the viewer wonder who was the voyeur who captured the moment, what's the story there? And who is it? I love photographing faces too, but that's a different kind of intimacy that I didn't think would necessarily fit with this particular series.

NM: The colour and editing of these photos sets such a stunning tone for the series. Its mysterious, incredibly intimate and almost makes the shots look like paintings. What inspired you to use these tones and distortion?

JS: The film I used was a color one that a friend gave me. It had been sitting in the car on some warm days so it's kind of melted. I had never used it before, but when I got the results back I was really pleased with the blue tones and colors. I always love photos that are a little different, a bit imperfect or strange, so by chance it worked out nicely.

NM: Your shots in this series are up close and personal yet still give the illusion that we are viewing small moments in your models life, like our presence isn't known. Was this the original idea behind the series?

JS: Yes, I really like the idea of family/ personal photo albums. I'm drawn to pictures that feel like tender real moments from life. I also like images that are sort of cinematic, like stills from a scene in a movie, and I like seeing stills without any context. It allows the person seeing the image to create their own story.

NM: As an artist, you have several mediums. Which mediums represent you the most?

JS: This is tricky, I think they all represent me in some way. Photography represents a decision, what moments I think are important. Paintings come more from my dreams and a place of expressing something that can't be photographed, it's more personal. Lately I've been sharing some of my writing and that feels really raw and vulnerable but I like that. Putting out work that feels honest to me is all that matters. Even if it's super raw/unpolished, maybe someone will identify with it. And that's the best feeling.