His sharp geometric tailoring speaks to the future, but the Japanese designer reveals his influences are more in tune with history. Inspired by organic patterns and his world travels, here he gives us some insight into his latest collection. 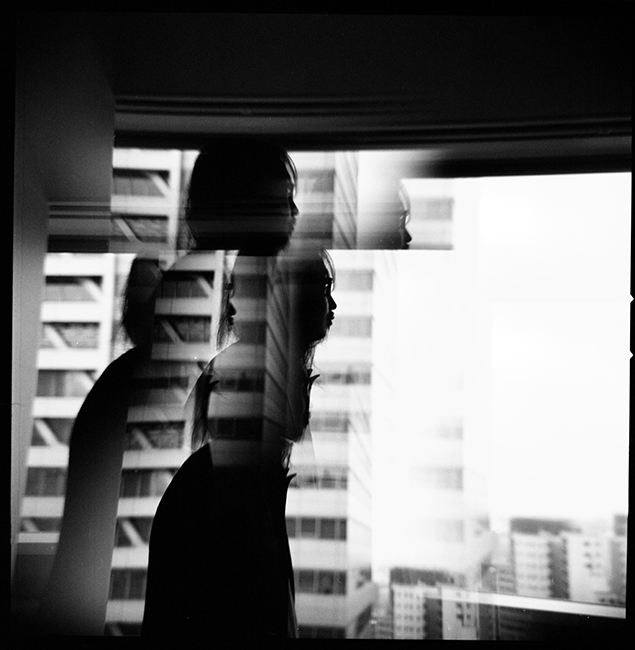 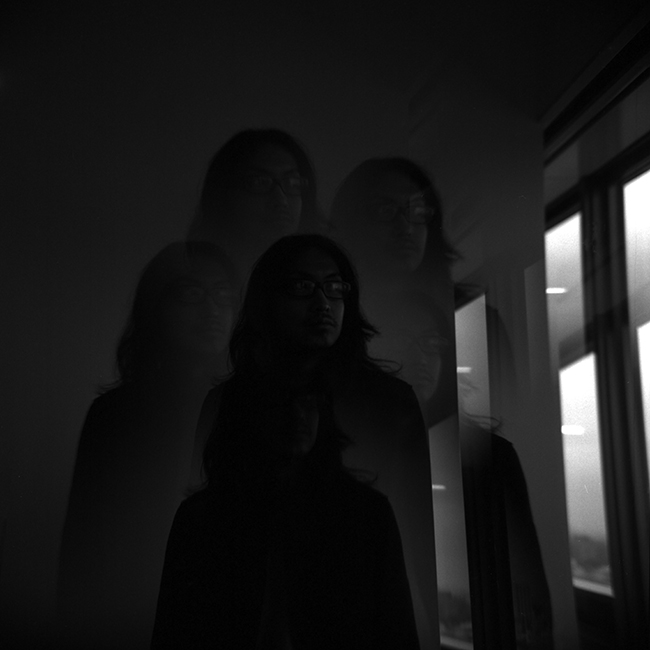 << >>
Photgraphy and Interview by Jus Vun.

JV: Tell us about your roots in fashion and your experience working in Paris.

AN: After graduating from Nagoya Fashion College in 2001, I entered New Lead Factory as a pattern maker. I participated in the 20th Onward Fashion Grand Prix and one of the judges was J.P. Gaultier. I made a really simple collection and I hoped to impress the judges by using my haute couture technique. At the time, I thought I would either fail completely or win the prize and fortunately, the latter happened. That's how I was scouted and hired by J.P Gaultier himself to be his assistant.

JV: What were some of your struggles back then?

AN: In 2004, I moved to Paris to work for Mr. Gaultier and at the time I couldn't speak French. During my first four years, I started out by helping out with his bag and clothing collections and after that, I moved on to being in charge completely of his diffusion clothing line. I was a bit lacklustre with my French language studies; I started not showing up to my French classes but JP Gaultier found out and he was not happy to say the least. I eventually I picked up the language so I have to thank him for setting me straight.

JV: What was it like working for J.P. Gaultier?

AN: He's passionate, energetic and dedicated to his work. On top of that, he is a really sweet person.

JV: Your debut collection focused on lines and geometry but you moved away from that until SS14’s Geometry collection. In your latest SS15 Broken collection, you continued with geometric themes which is becoming somewhat of your trademark. What additional elements have you added to the SS15 collection and how have you evolved as a designer since your first collection?

AN: Actually, the underlying concept of geometry has always been a central theme of my brand but in some collections it was very subtle hence it was less obvious and noticeable. I am really inspired by the patterns that nature creates (the Fibonacci sequence). For example, the lines and seams on my dresses look like it's designed that way but it's more that the seams are necessary and as a result it forms that shape.

JV: Your mastery and attention to pattern-making and construction is highly regarded. What else do you think should be a central focus in designing a collection?

AN: Construction, stitching, quality. I was originally a pattern-maker working in a factory. In Europe, pattern-makers and designers work in different departments thus the communication between the departments can be inconsistent and some information gets lost along the way. Initially, I wanted to create a uniformity with my collections between pattern-making and design so I try to do everything on my own from scratch. Since that time, I have trained my crew how to draft patterns the way I like so I don't have to do it anymore.

JV: What are your thoughts on avant-gardism? Do you consider your collection experimental and innovative and pushing the boundaries of the norm?

AN: Yes, but it's a lot more subtle now. I've done enough conceptual work so now I am moving on to more ready-to-wear collections.

JV: Any opinions on the fashion industry (the consumers, designers and business) in Japan as compared to France? What would you like to see change in either country?

AN: Europeans appreciate creativity but in Japan it's more about “kawaii” (cute) culture. European design is more focused on cultural references but Japan denies culture and history and anything new is appreciated without background context. When I was in Europe, I was influenced by costumes so I can appreciate that difference more.

JV: You have stated before that your early influences were Rei Kawakubo. Have you ever had a chance to meet her?

AN: Prior to working for Mr. Gaultier, I was into Commes des Garcons. If I hadn't worked for him, I might have been doing something more similar in line with what Ms.Kawakubo did. I have never met her in person but I was patternmaking for her clothing line while working in the factory.

JV: Neoclassicism is a central focus of your inspiration and creation. What are some other sources of inspiration for you?

AN: My travels in Europe, Gaudi architecture, Art-Nouveau philosophy and art.

JV: Where do you see the brand in the future? You have said you would like to show your collection in Paris within the next few years.

AN: Yes, hopefully in two or three years.

AN: Learn from the past. If I were born in a different era, I wouldn't be creating the same collections I am now. It's important to reference history, art, fashion and architecture and then make minor changes, remixing and adding your personality to your designs.

Special thanks to Mariko Aoki for translating