Prior to her exhibit at Joseph Bellows Gallery, Aserica reached out to Sage Sohier to dig deeper into the meaning of her iconic and socially eye opening photography. 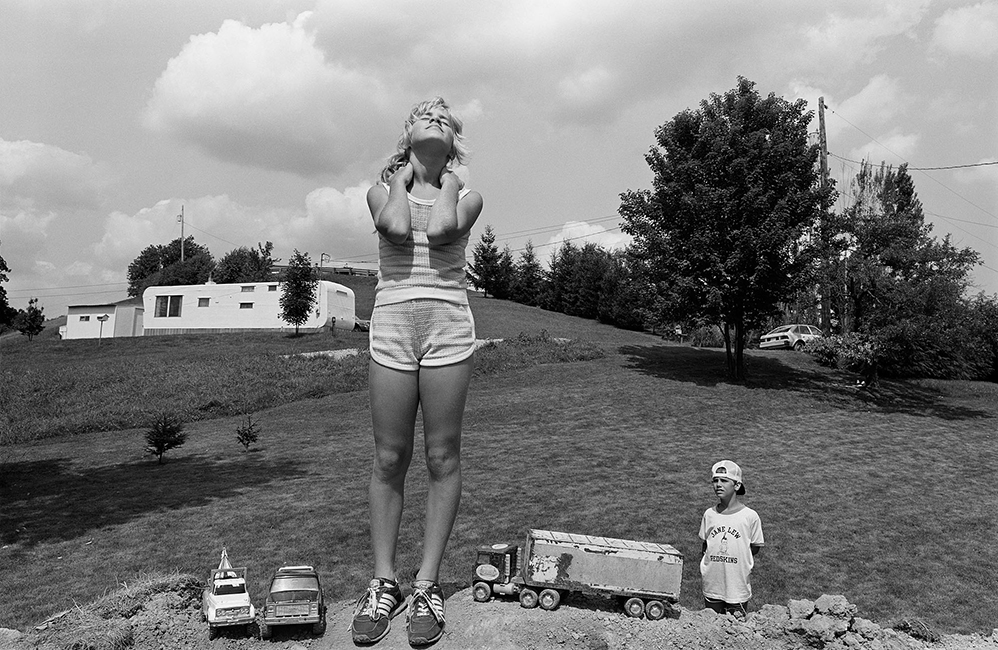 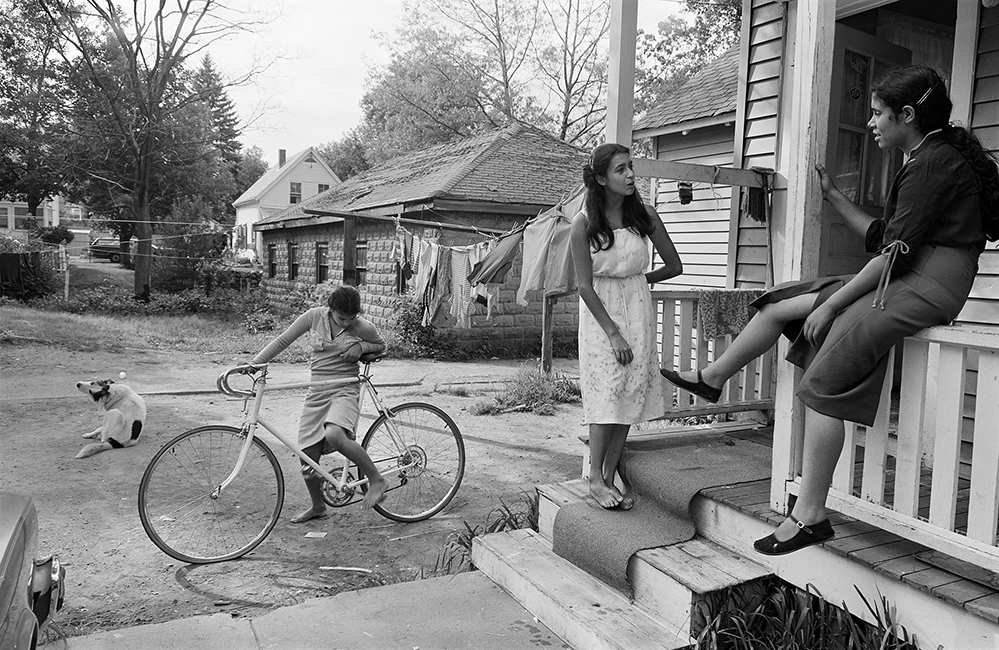 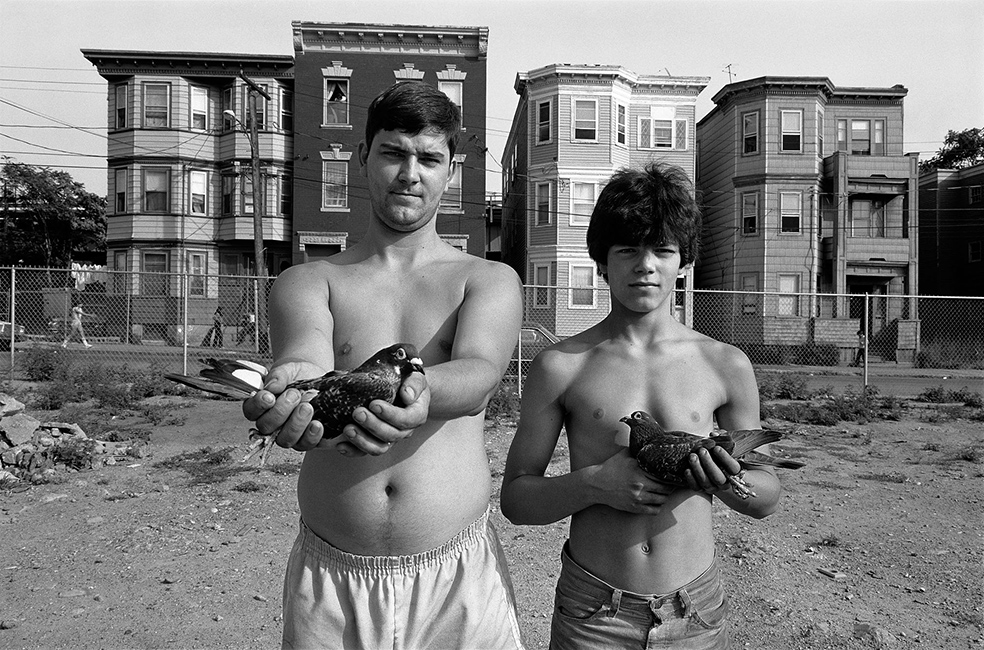 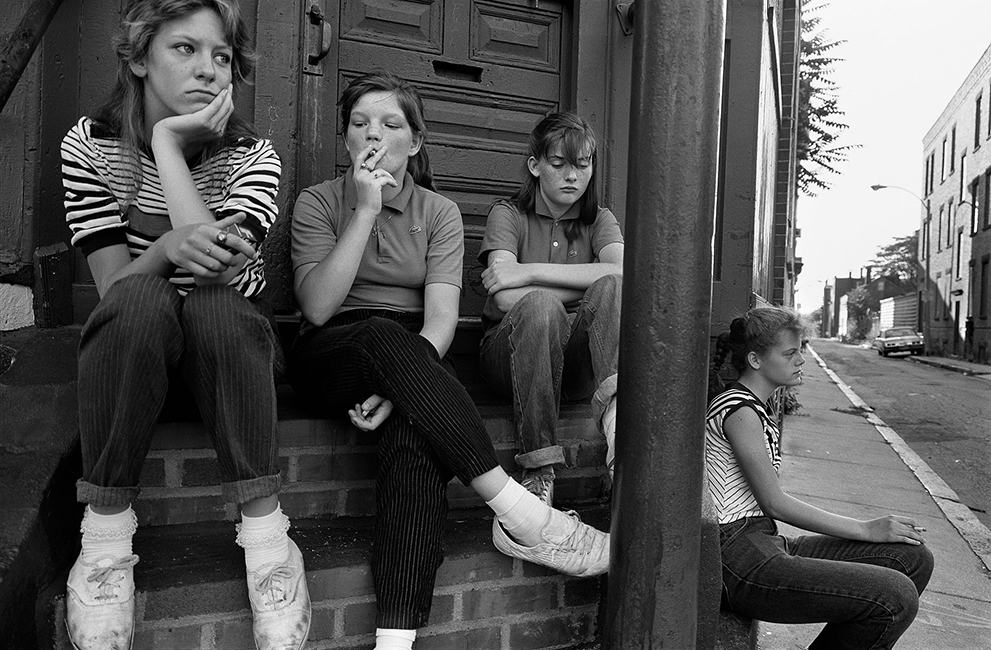 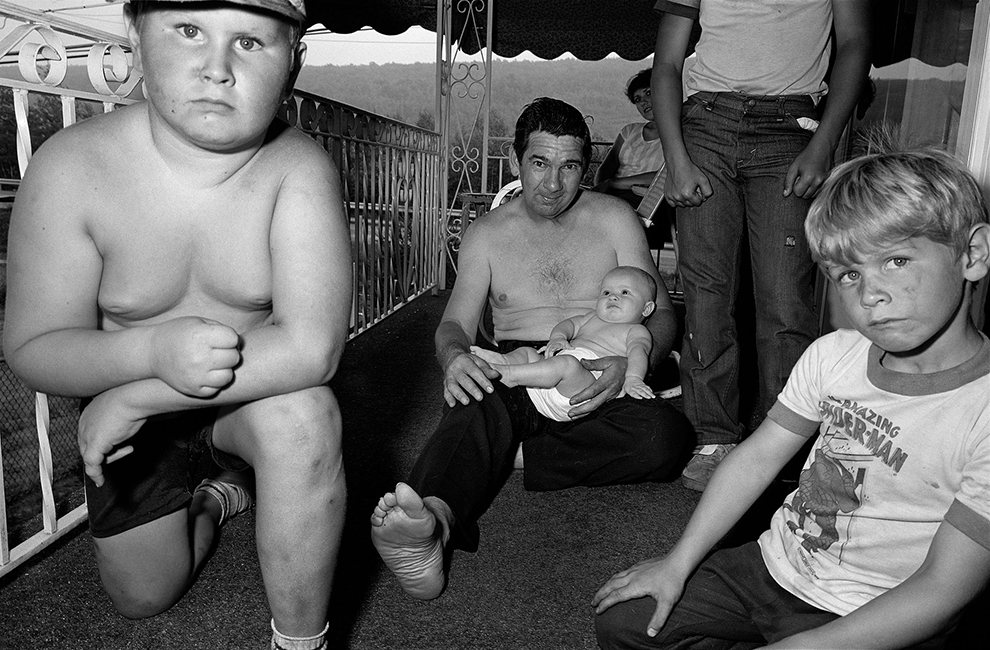 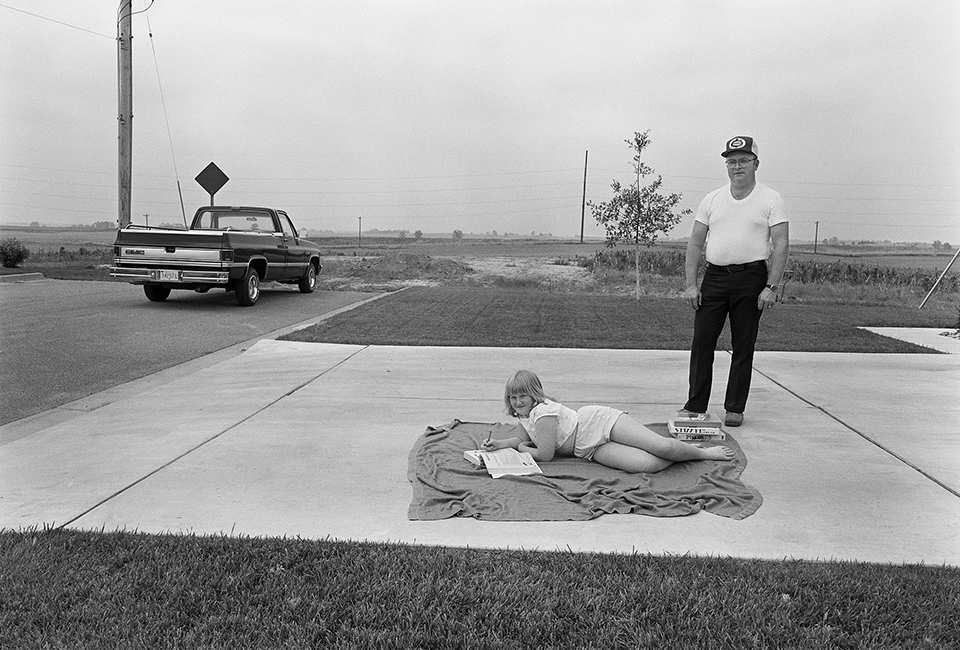 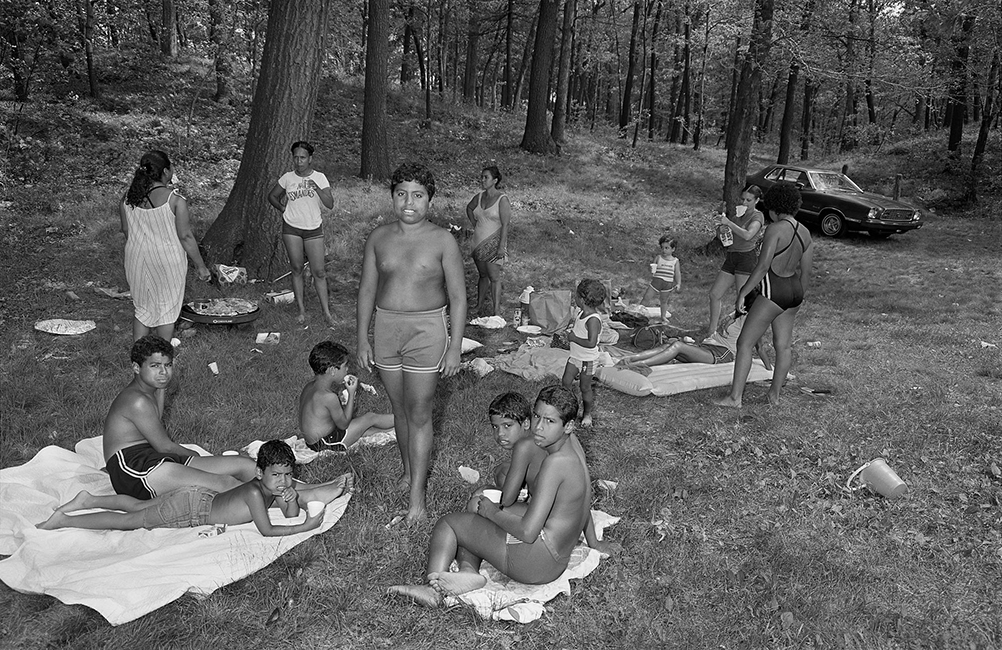 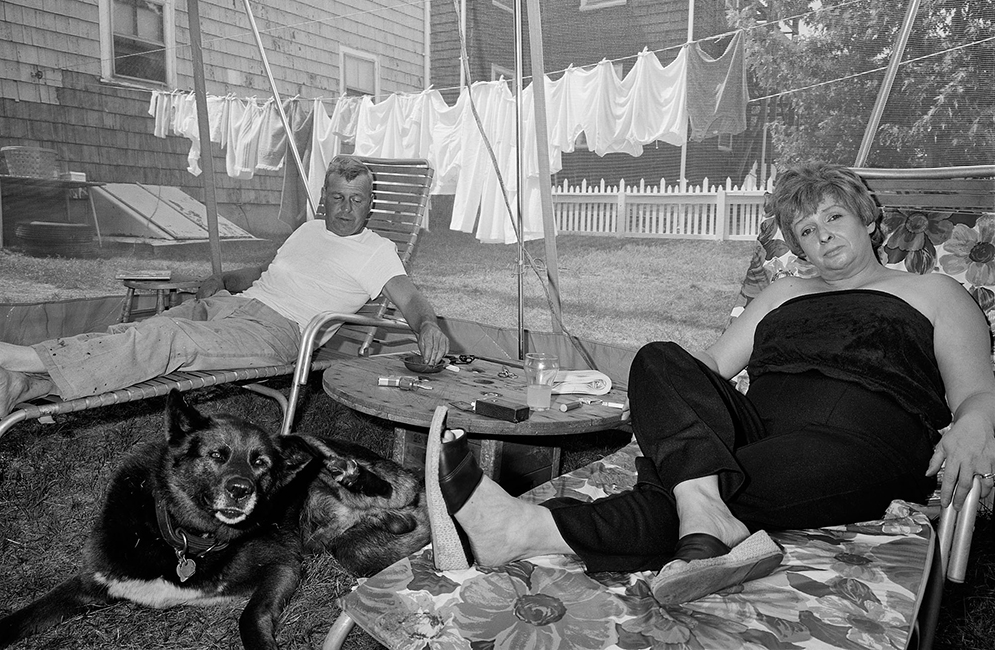 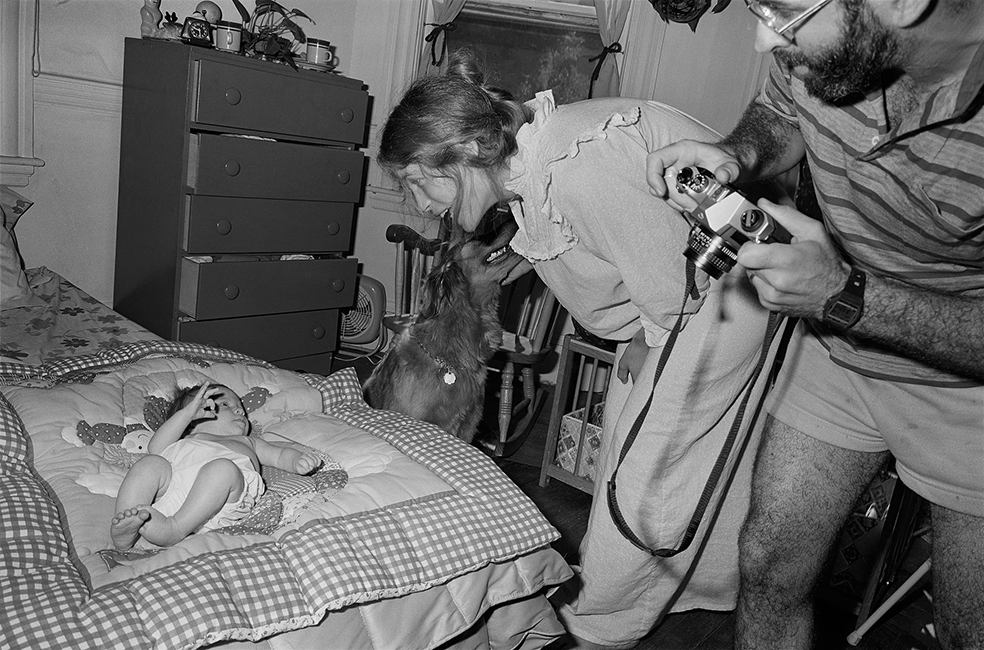 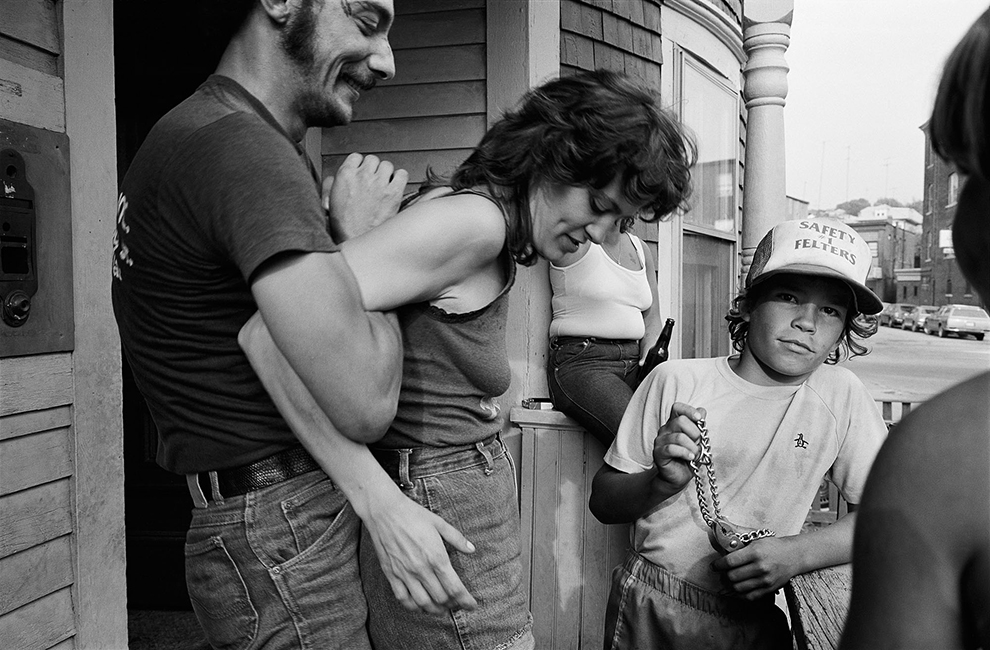 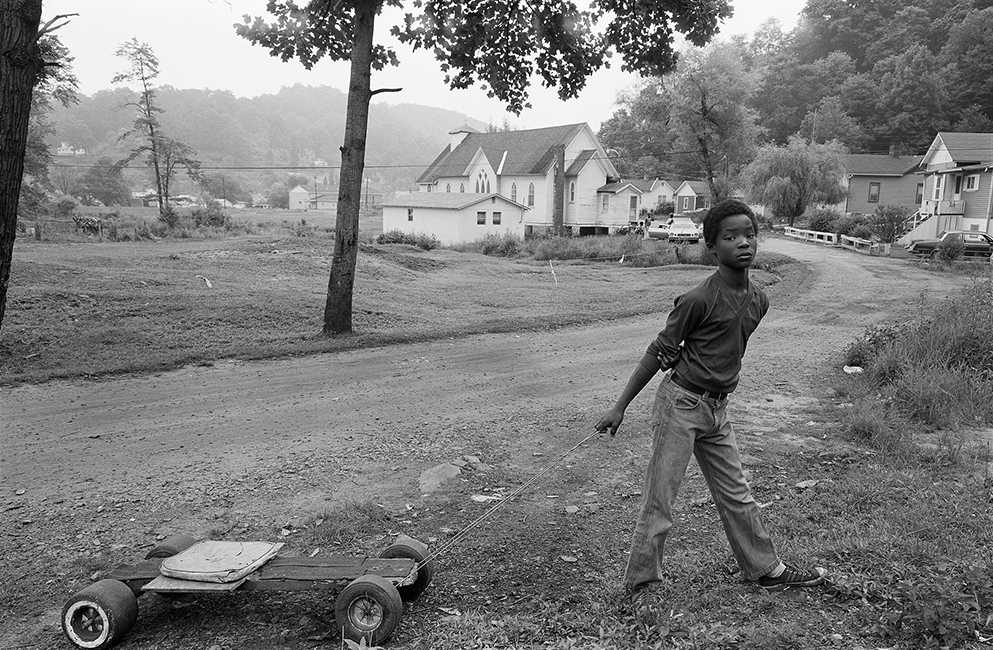 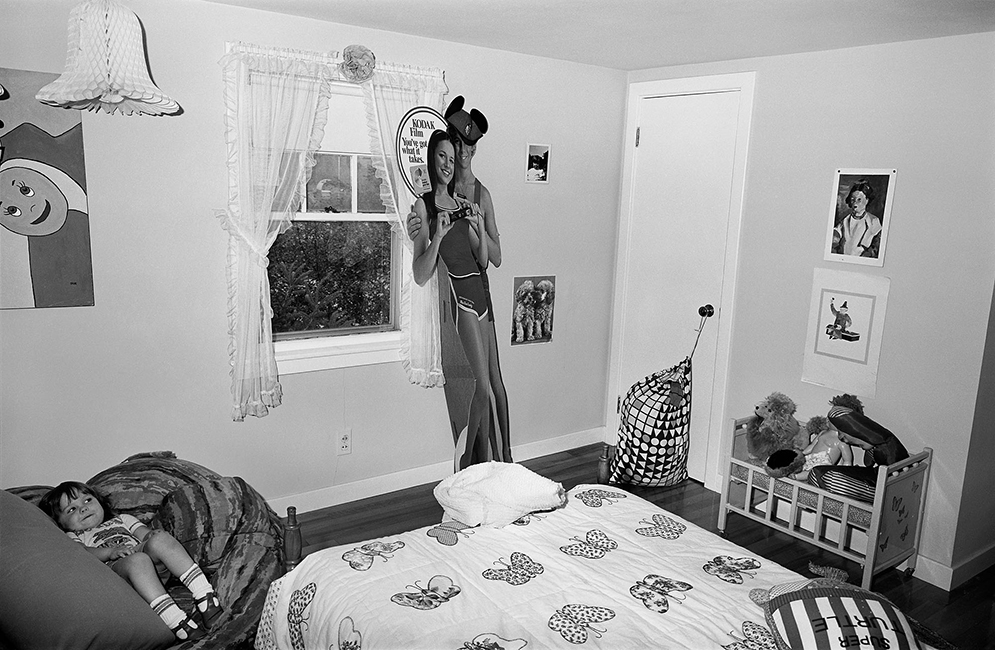 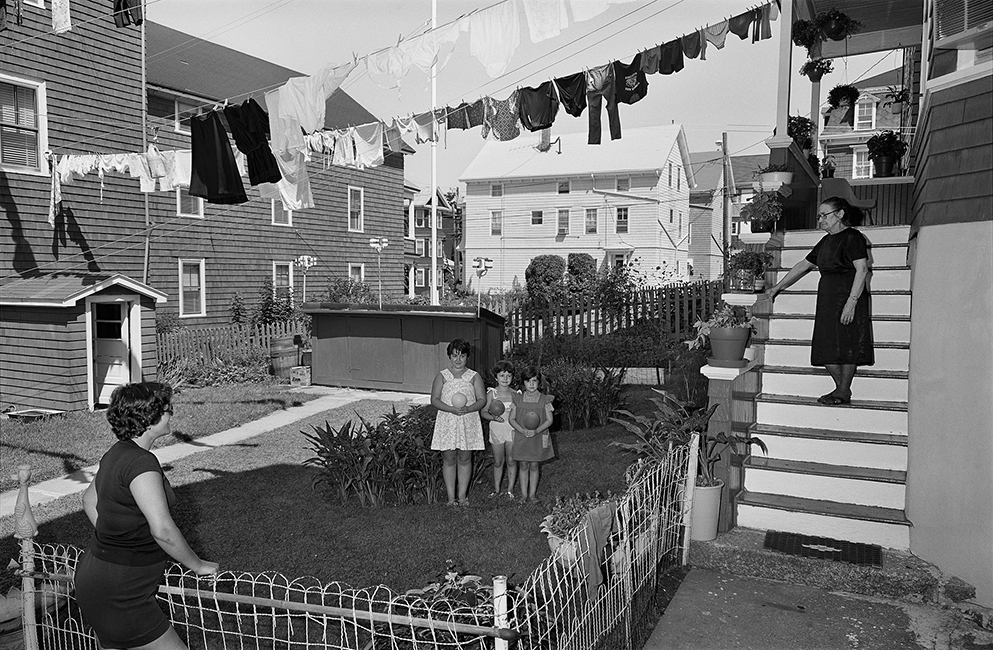 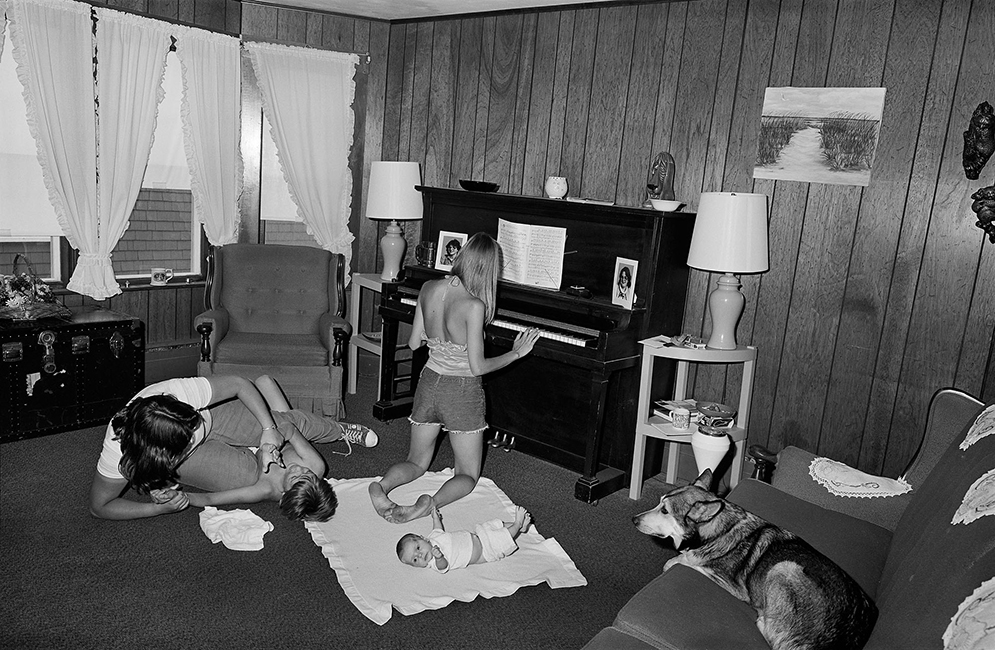 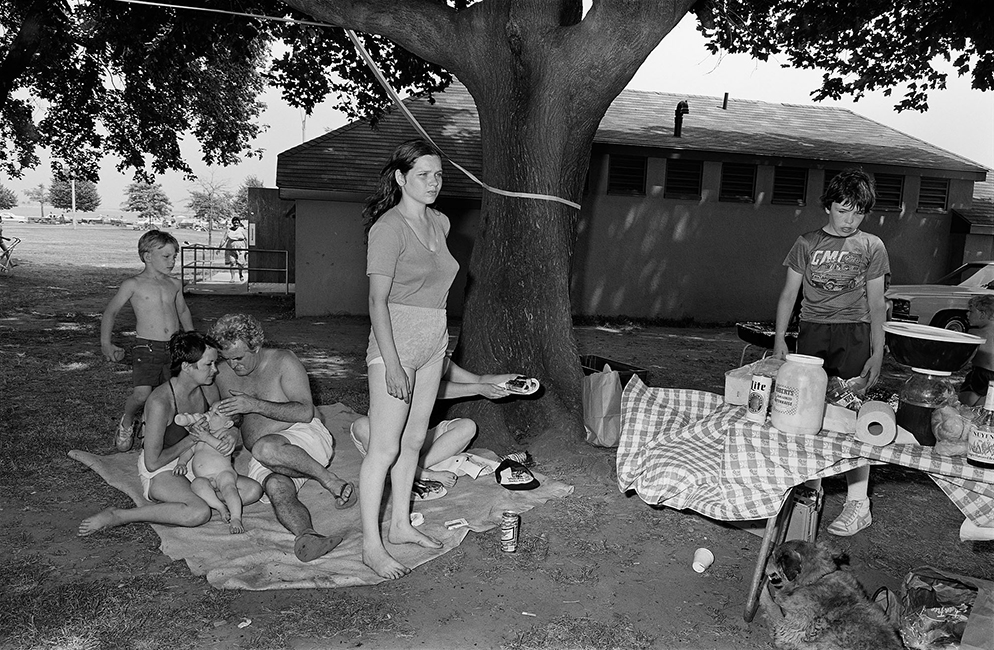 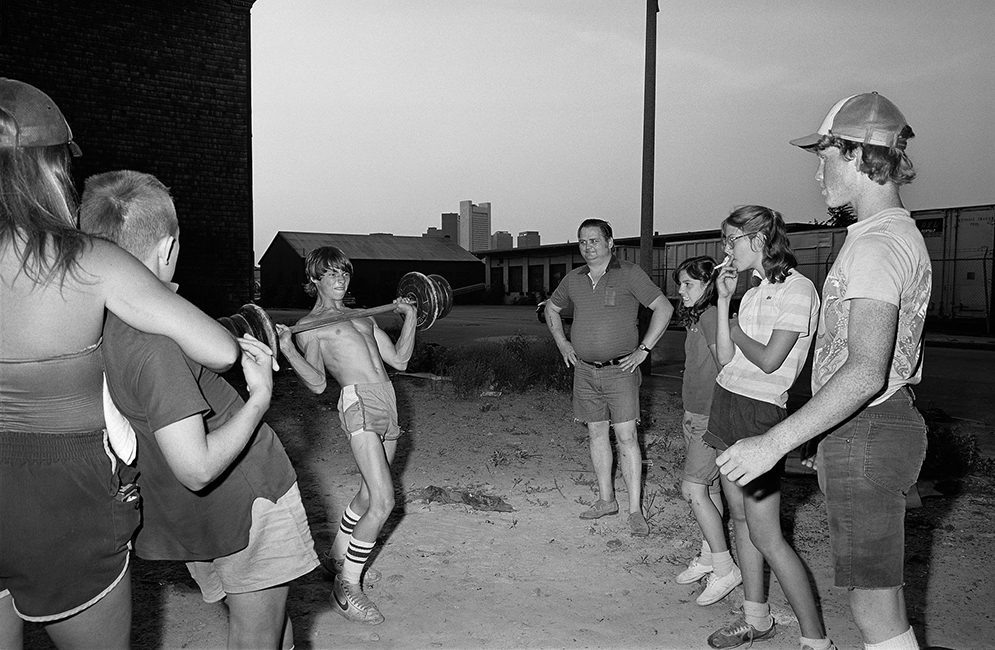 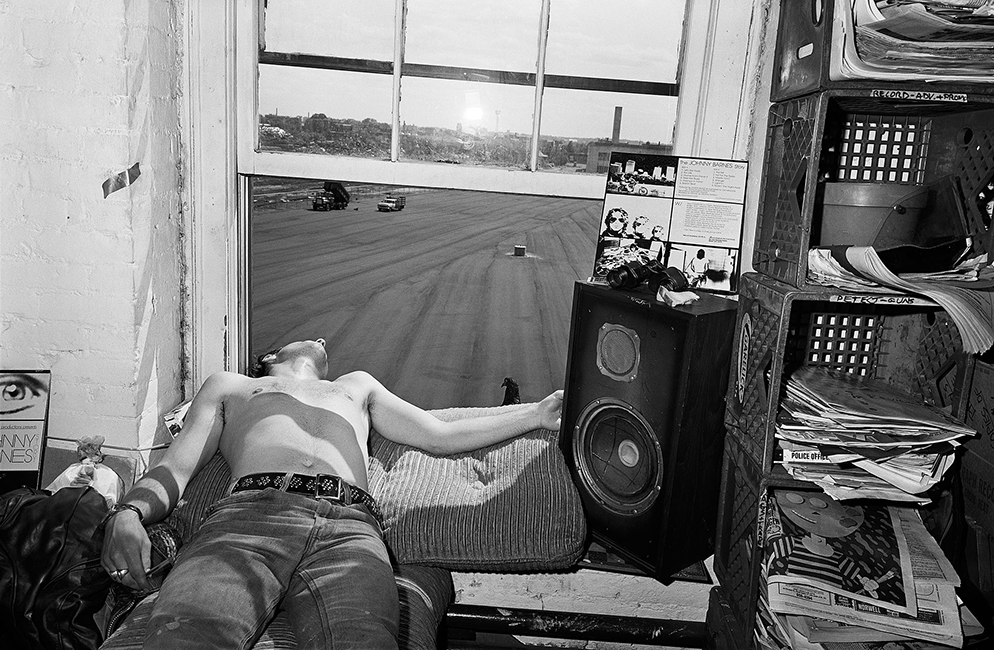 Prior to her exhibit at Joesph Bellows Gallery, Aserica reached out to Sage Sohier to dig deeper into the meaning of her iconic and socially eye opening photography. Her works have been seen in The Museum of Contemporary Photography in Chicago, Blue Sky Gallery in Portland, Oregon and has been featured in group works in the MoMa in New York.

Her latest exhibition will be held at Joseph Bellows Gallery in San Diego from April 15th to May 31st 2017. Sohier’s series from the 1980s, “Americans Seen,” has just been published by Nazraeli Press in 2017, as part of their “NZ Library” edition. http://www.nazraeli.com/

ML: You shot “Americans Seen” around Boston from 1979-1986 when you were in your twenties. Did your young age have an impact on your photos? Did it give you easier access to your subjects?

SS: I think it made access a bit easier, especially since I was close in age to the teenagers.

ML: You seem attracted to family portraits in you various works, “At Home with Themselves: Same-Sex Couples in 1980s America” was an observation of same sex couples, “Witness to Beauty” was a tribute to watching your mother age, and even in “Americans Seen” we see families gathering, people in the intimacy of their homes, or having picnics. Does the family environment mean something special to you?

SS: I guess it does; it’s where we all come from, it’s a common situation, and yet many families seem to be unusual and interesting. I’m also just very curious about what the insides of peoples’ homes look like.

ML: What’s your connection with the families in your work?

SS: Some are friends or acquaintances, but most I found through wandering around and approaching strangers, or through suggestions from other people I had photographed.

ML: If you had to today, where would you choose to shoot and why?

SS: I’ve been spending a lot of time in Florida recently, photographing people devoted to animals (people who rescue animals or who maintain refuges for wild animals, and also others who share unusual lives with their pets). The project is called Peaceable Kingdom, and I hope to publish it as a book in the next few years.

ML: Would you find it interesting to compare the evolution of society through family portraits in the time of technology? As humans we are so connected to our tablets, smart phones and computers, and many people think this is a problem in creating relationships or deeper level connections. Would you say the core of family relationships is broken due to the way our society interacts now?

SS: I don’t think it’s broken, but it sure is less interesting to photograph, with everyone looking down at their devices and generally staying indoors most of the time.

ML: I read somewhere that you said that nowadays mostly new immigrants would hang out outdoors. Would it be a topic that you would like to photograph?

SS: I have been photographing new immigrant families outside over the past few years.

ML: Would you consider “Americans Seen” as a social statement about the middle class?

SS: No, I don’t consider my work didactic in that way. I’m an observer, and different viewers will see the work in various ways.

ML: Could you say that everyday life, street life, the feeling of freedom, close neighborhood friendships and youth gatherings is your main theme or topic when creating?

SS: I am drawn to making portraits that are psychological and that are about relationships between people. In the past, this encompassed more the subjects that you have suggested. Society changes, and today new trends require me to adjust to evolving social landscapes.

ML: When you’re shooting, how do you get your subjects to accept you into their homes and help them feel comfortable? Do you find that they forget about your presence?

SS: It usually involves spending enough time with people that they get used to me and stop being self-conscious. In some of the indoor situations, I am photographing friends or friends of friends and have made an appointment to photograph in advance. In these situations, it is often OK to stay for an hour or more. Photographing strangers outside, I have to work much more quickly and encourage people to get back to whatever they were doing when I first asked if I could photograph them. Fortunately, I think my enthusiasm is a bit contagious.

ML: Far from the American dream, did you want to show or create imagery of a dystopian America?

SS: No, not dystopian, but rather I would say that America is a wonderfully strange and interesting mixture of lifestyles.

ML: You grew up in a privileged environment. How did you first find out about this other side of America? Was it a rebellion during your teenage years? How did your family accept your new passion and attraction?

SS: I was privileged, but never sheltered. My family is very progressive and always encouraged my exploring the world through both travel and photography.

ML: What about this social class attracts you to it?

SS: They were available. Most of the pictures in this series are of middle class and working class families, who were more likely to be hanging out in places where I could wander by and encounter them. In America people with more money generally maintain more privacy.

ML: In “At Home with Themselves: Same-Sex Couples in 1980s America” were you trying to normalize or make a statement for pro-queer culture? How did you want your viewers to receive this message.

SS: I have never intended for any of my work to be specifically political, and certainly not propaganda. I did want to make these portraits sympathetic as well as interesting, so that people would be motivated to view them with something of an open mind.

ML: In our world today, many issues are at the forefront of the media and our brains. If you could choose a cause from our current social, political or environmental issues, what would you choose to stand for and witness through your lens?

SS: If I knew that, then I’d be able to tell you my next few photo projects!

ML: Did you ever imagine that your pictures would someday become such a powerful documentation of an America that is no longer here?

SS: No, but it’s one of the strengths of photography that it often gains historical and sociological interest with the passage of time.