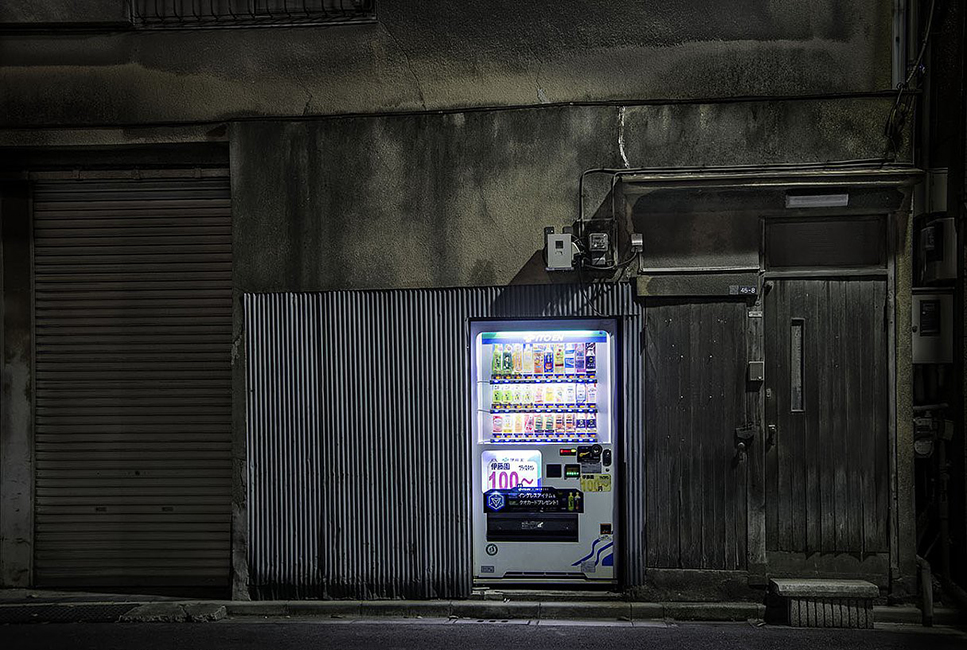 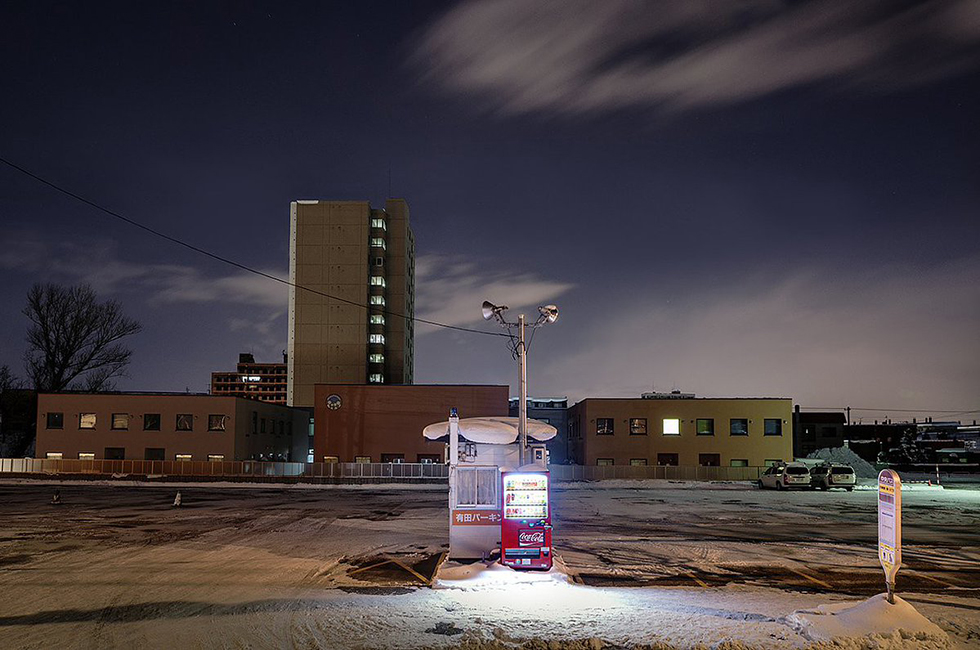 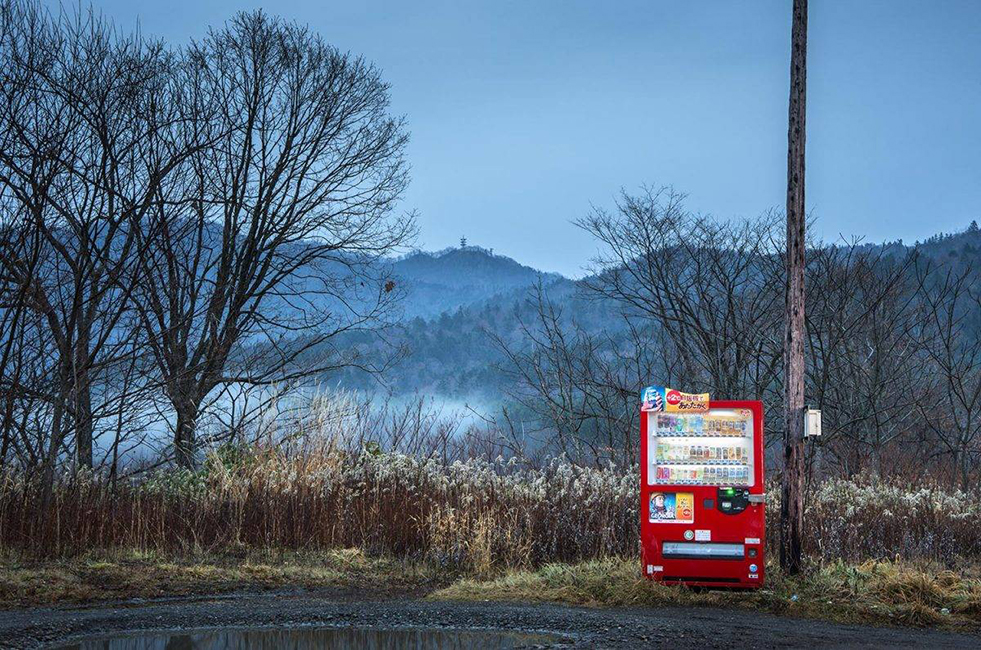 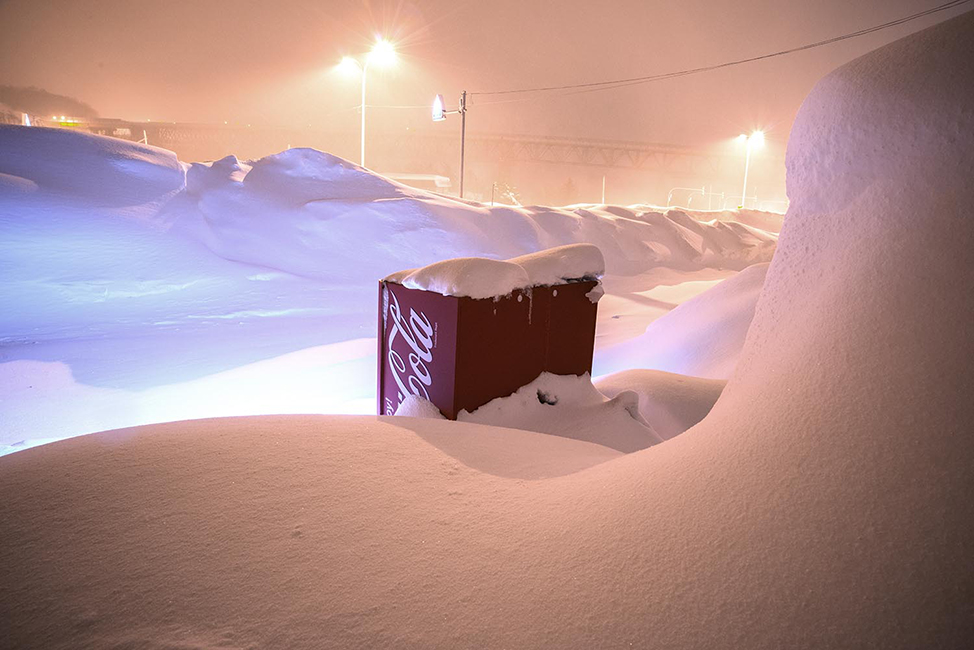 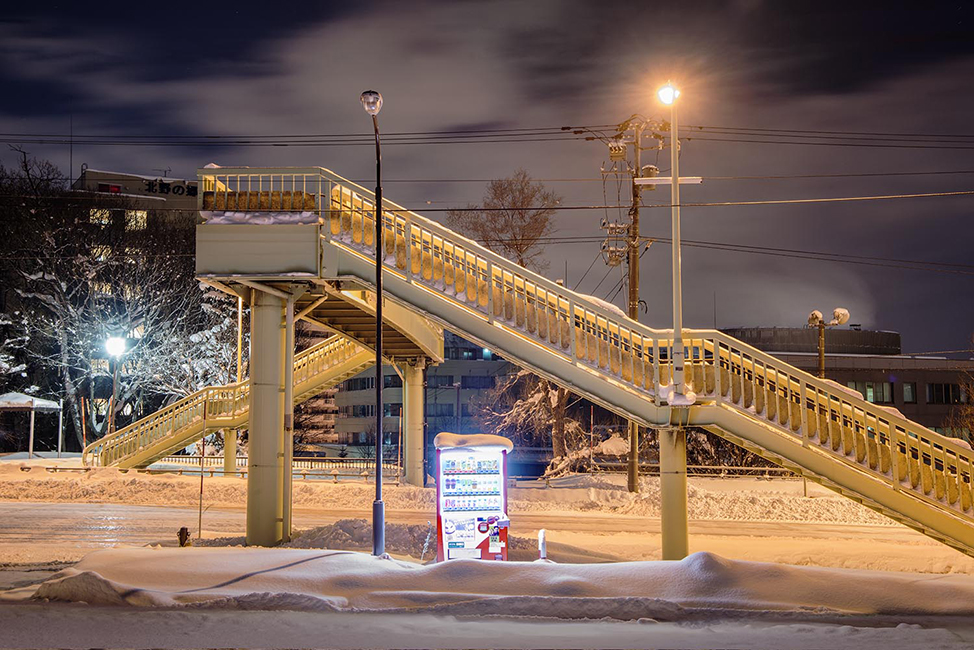 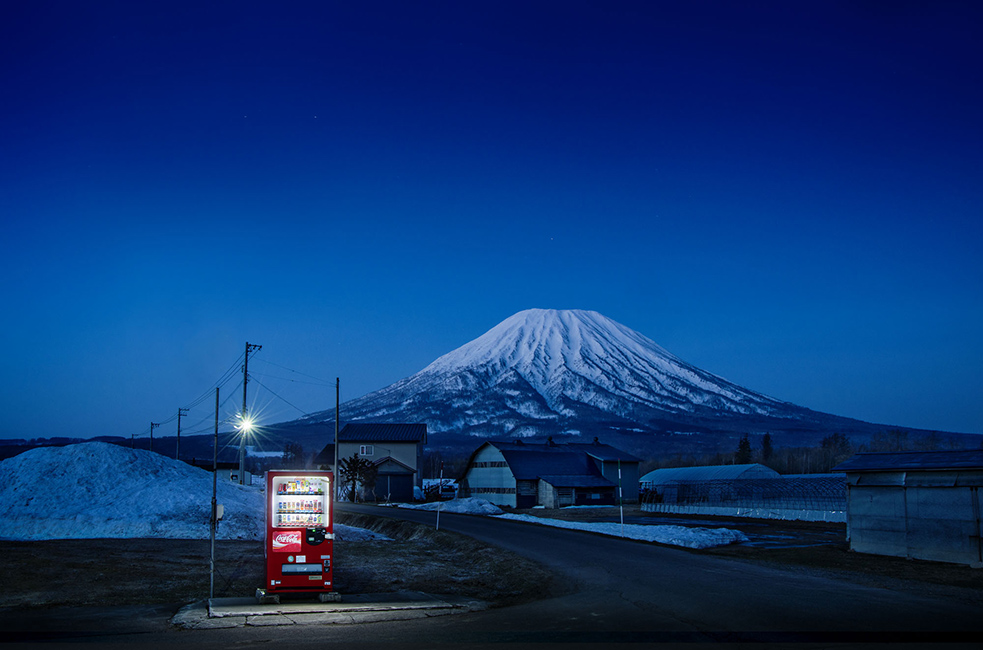 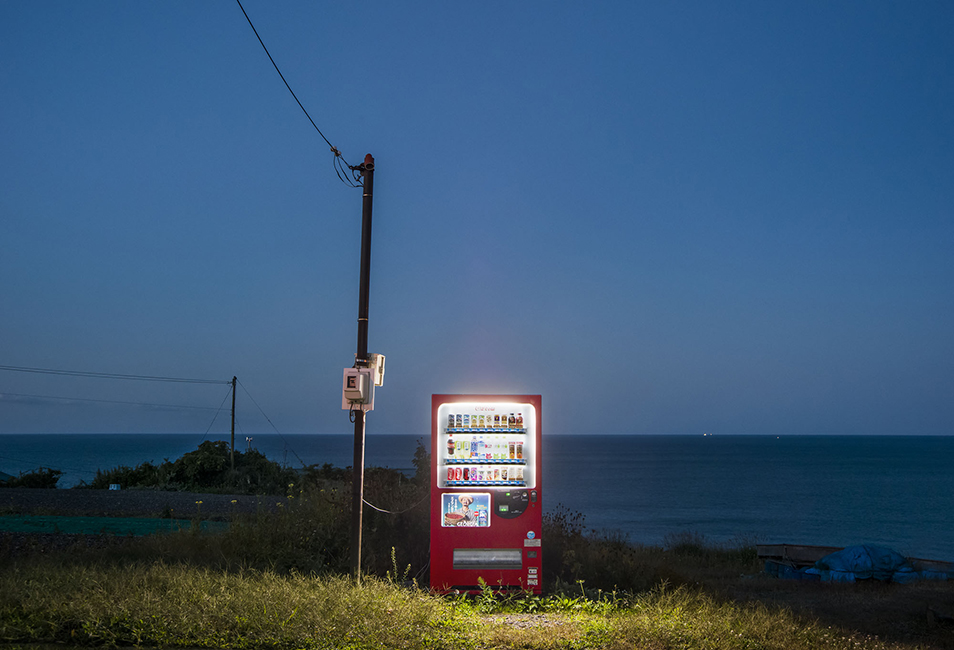 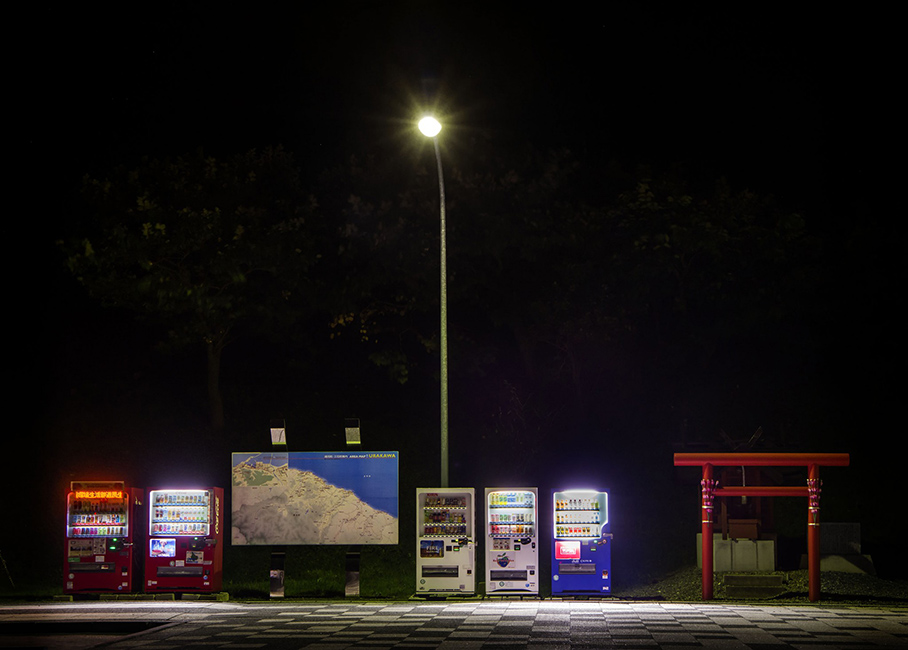 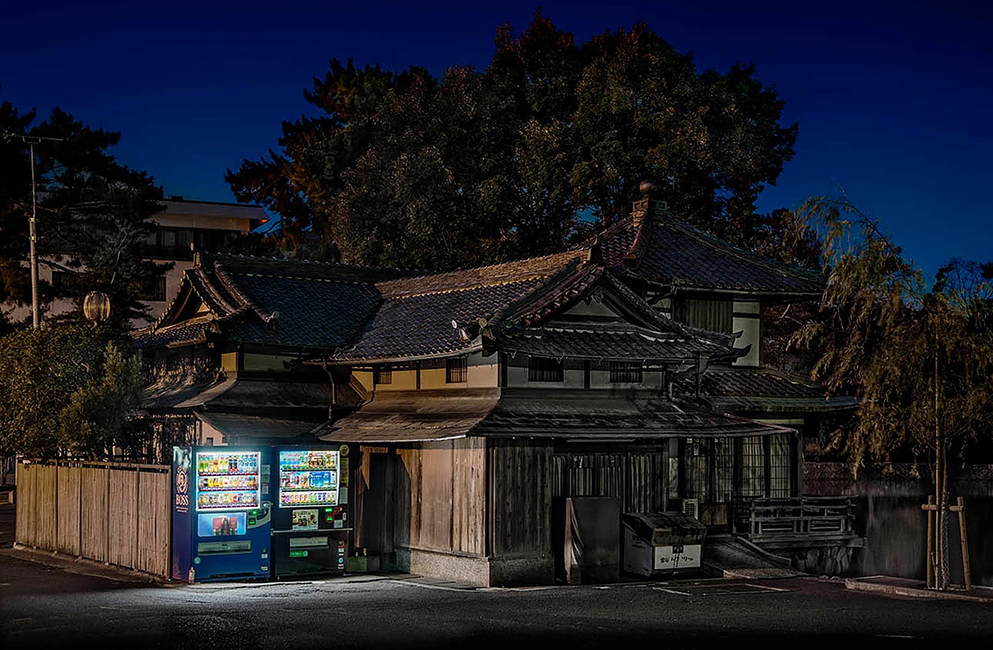 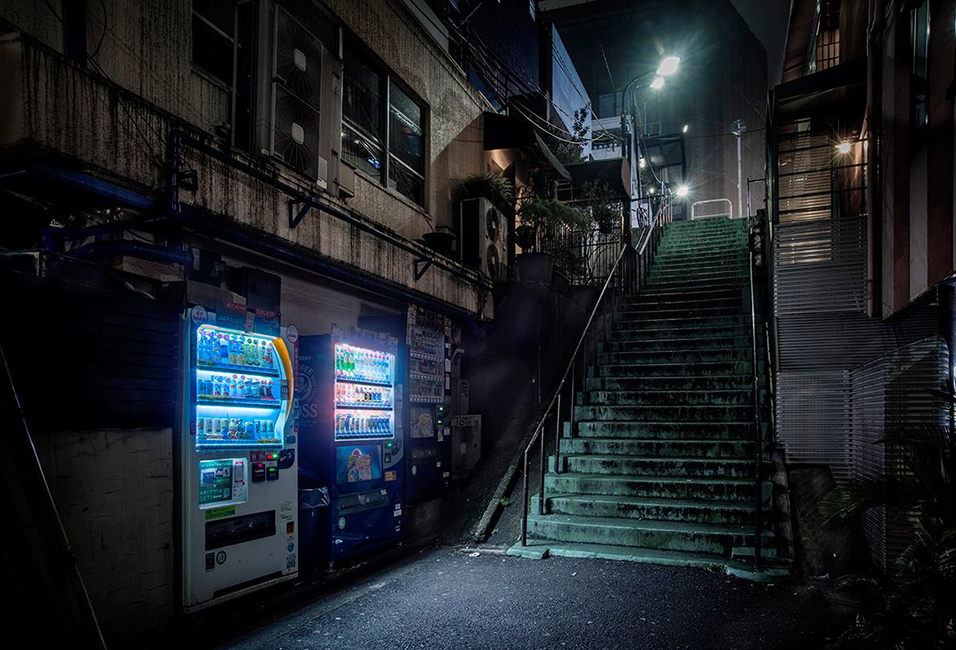 Eiji Ohashi was born and raised in Hokkaido, the most northern part of Japan. The climate in this region creates great white winters, which as a child he adored. These winters also sparked the creativity that was living within him. One evening Ohashi was caught in a extreme snowstorm, he was able to find his way home by only the lights of japans infamous Jihanki.

Jihanki, also known as vending machines play an important role in Japanese culture and to Ohashi himself. Jihanki are not exclusive to only city centres, but can be found in the most remote locations like rural cities or along lonely highways. To Ohashi, the vending machines are more then a matter of convenience. He sees them as a symbol of how humans are interacting with modern life. “ I can see how Japanese people are always safe within Japan. This is because vending machines can be placed virtually anywhere. But still, there seems no end to the desire for great comfort and convenience” he tells Aserica.

Ohashi has spent 9 years photographing Jihanki in this time he has travelled alone across Japan in search of lone vending machines. His photos spark curiosity, and feelings of loneliness. He creates an air of post-industrial societies where nature, like snow and mountains have claimed back their territory leaving only Japan’s symbol of convenience alive and well. Its almost as if these vending machines are filled with souls instead of snacks.

Being a former salary man, Ohashi has compassion for the tireless working machines. He says
“Vending machines stand by through all types of weather like rain or snow, waiting to serve japan’s modern people. But when the machines sales taper off, they are removed and forgotten.”

When asked what kind of message Ohashi is sending with his photography, he says “ The world is full of various hard working people. I believe that vending machines have taught us that our lives are made easier by relying on machines consistently working. But what would happen if that convenience taken away?”

Ohashi will be holding his first solo show in Europe this month at Galerie &co119 in Paris from December 8th to January 13th.