Palm Springs – a haven for some of the most famous mid-century modernist architectural masterpieces. 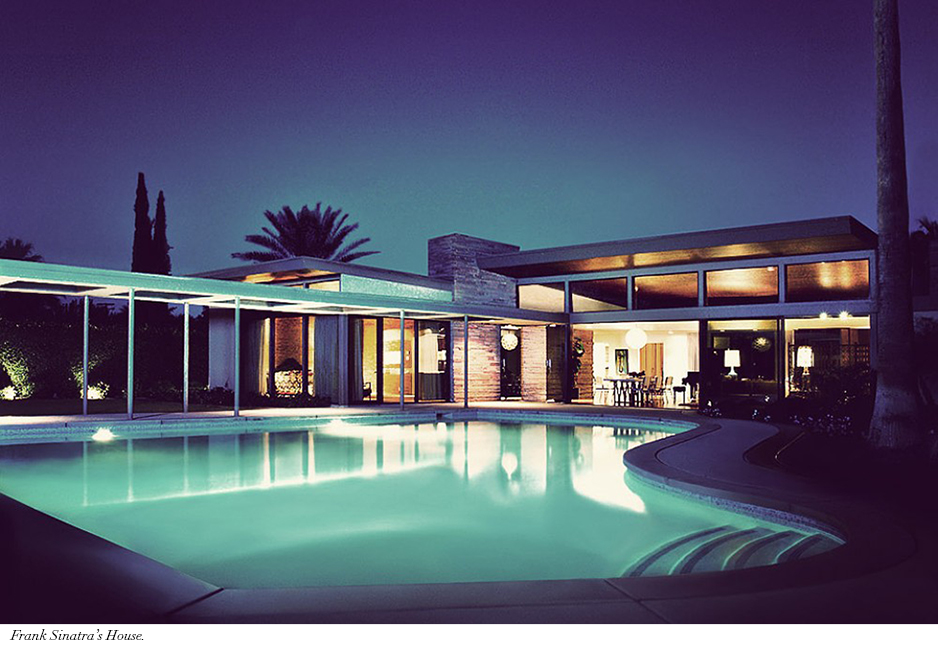 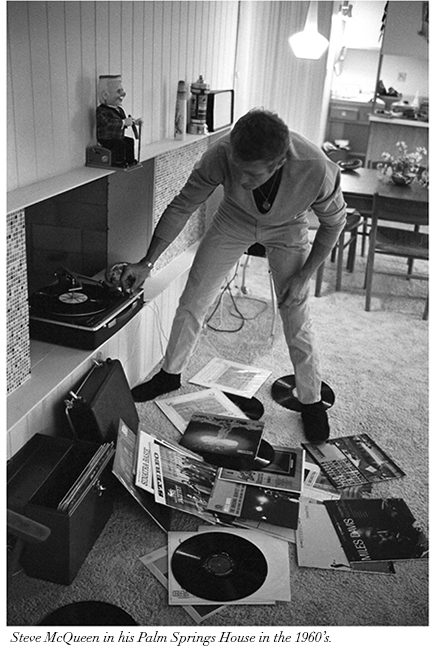 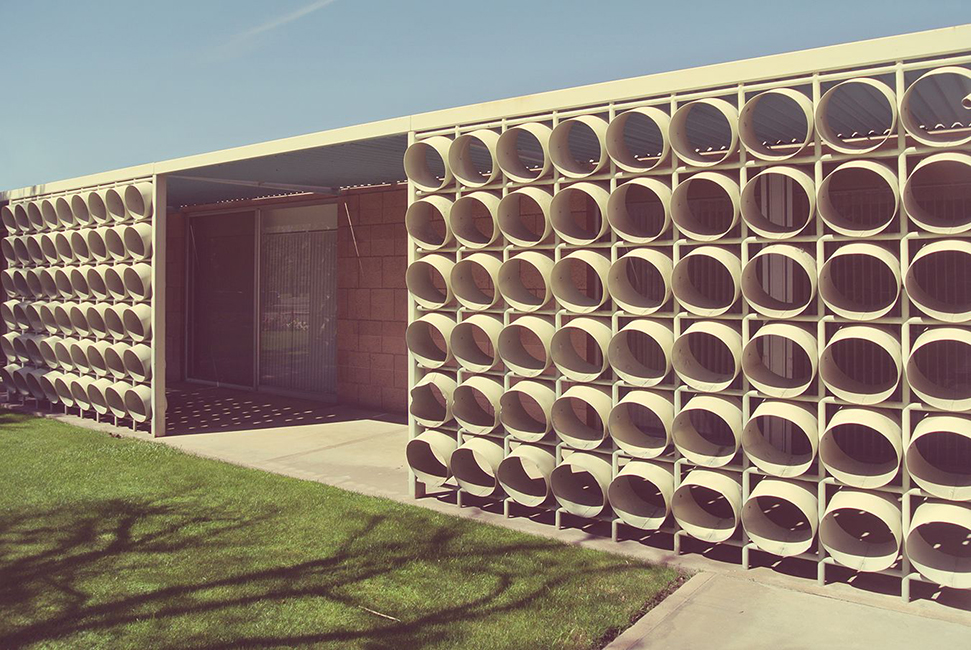 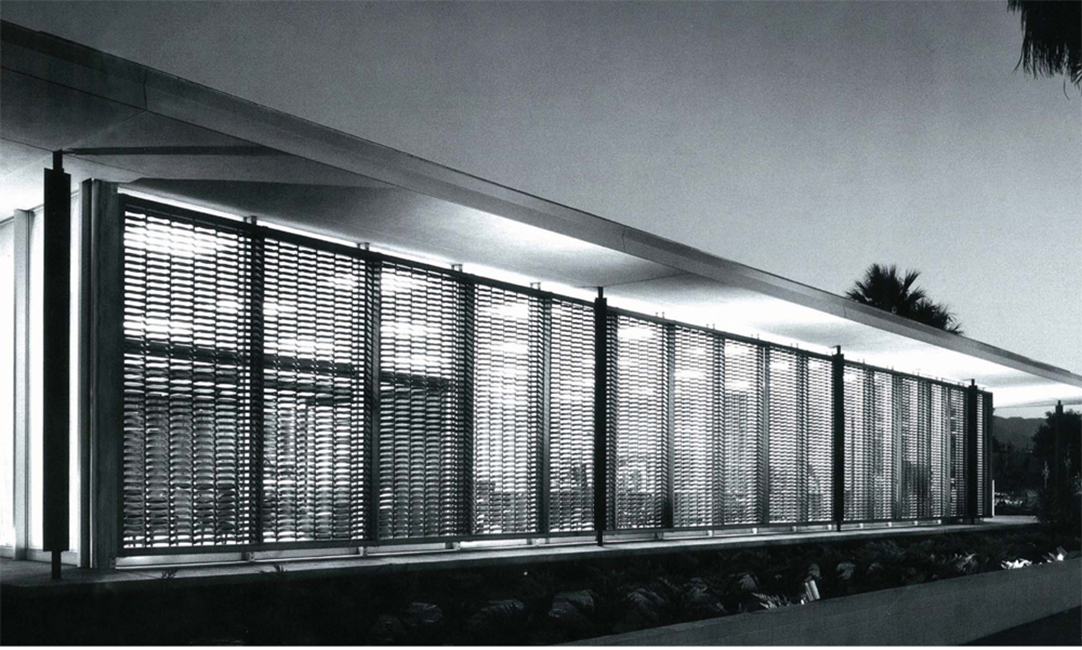 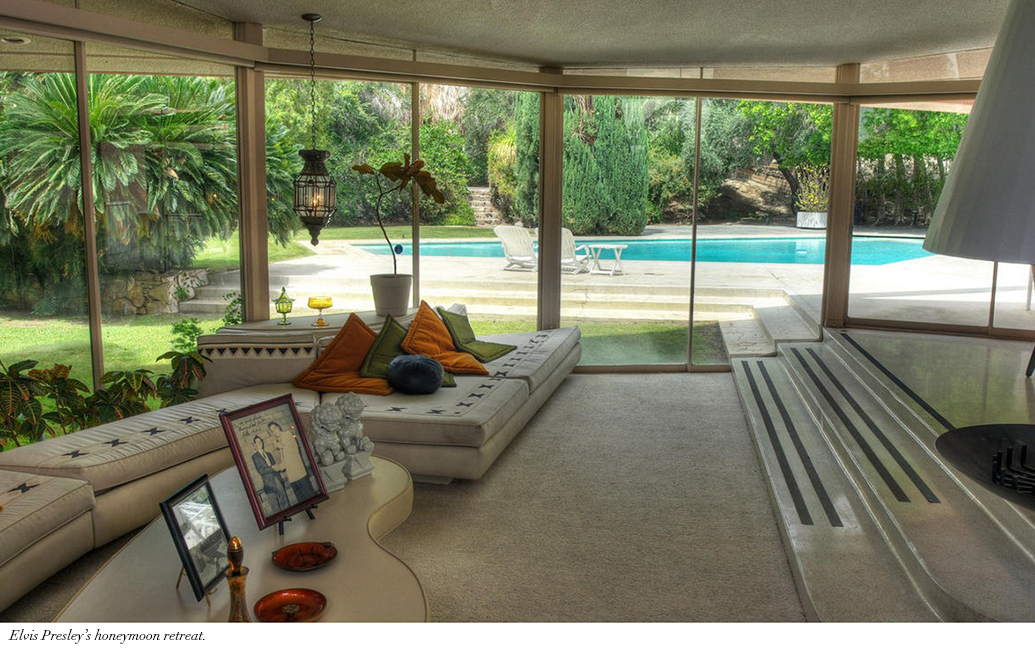 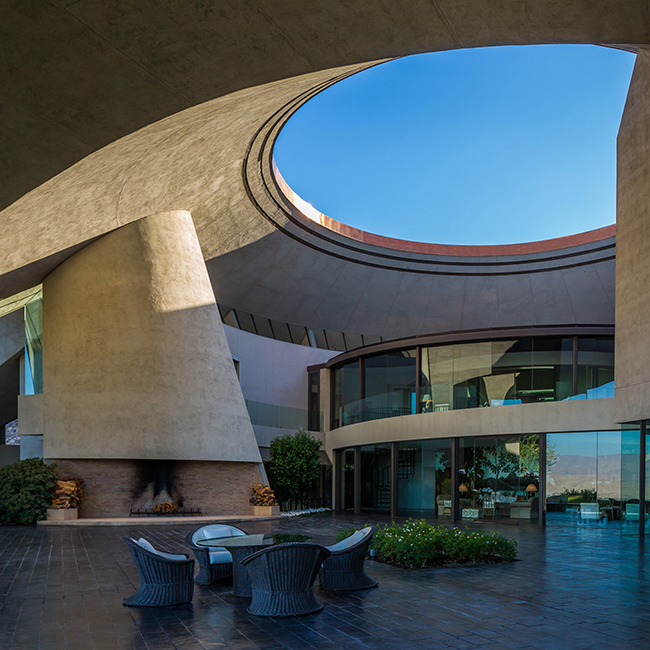 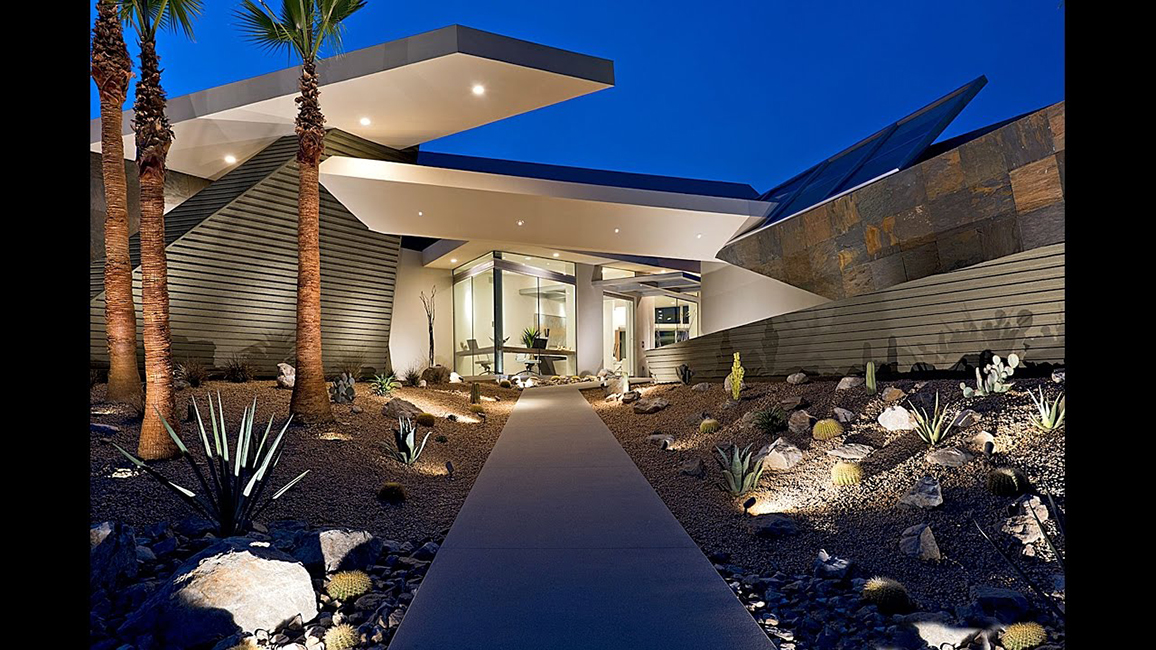 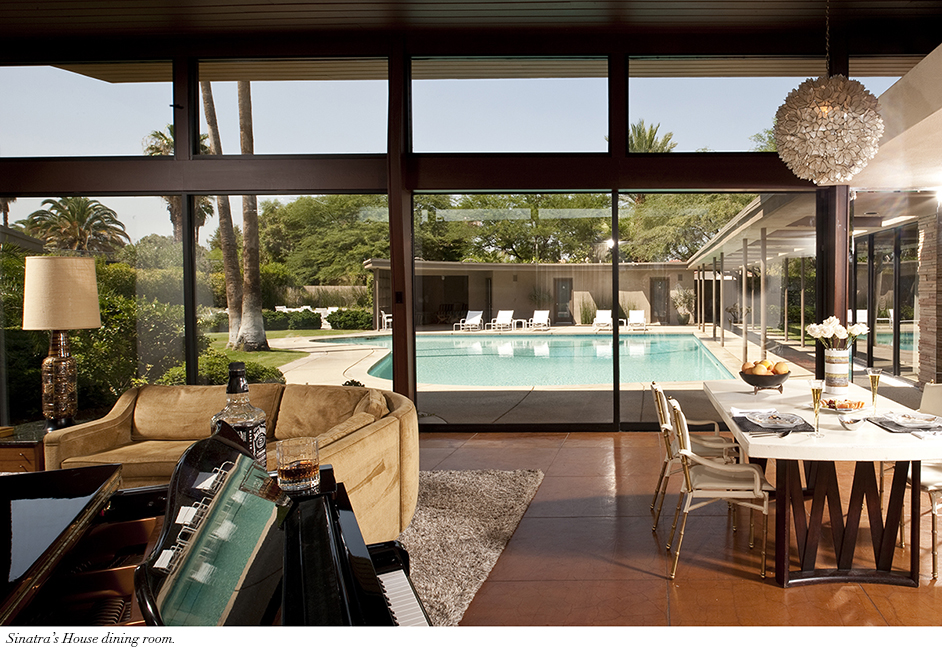 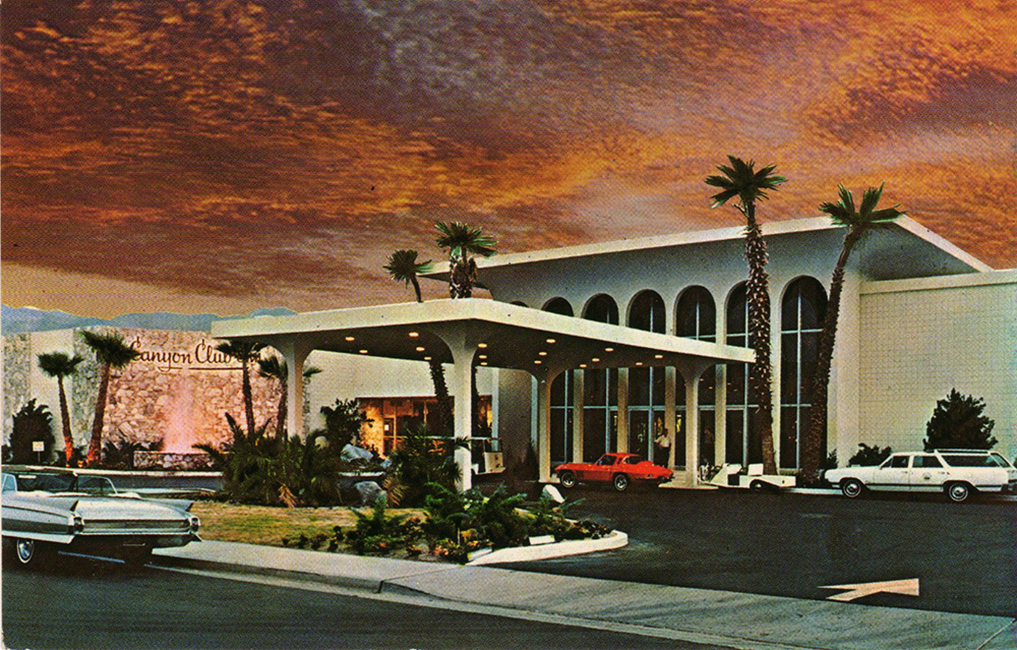 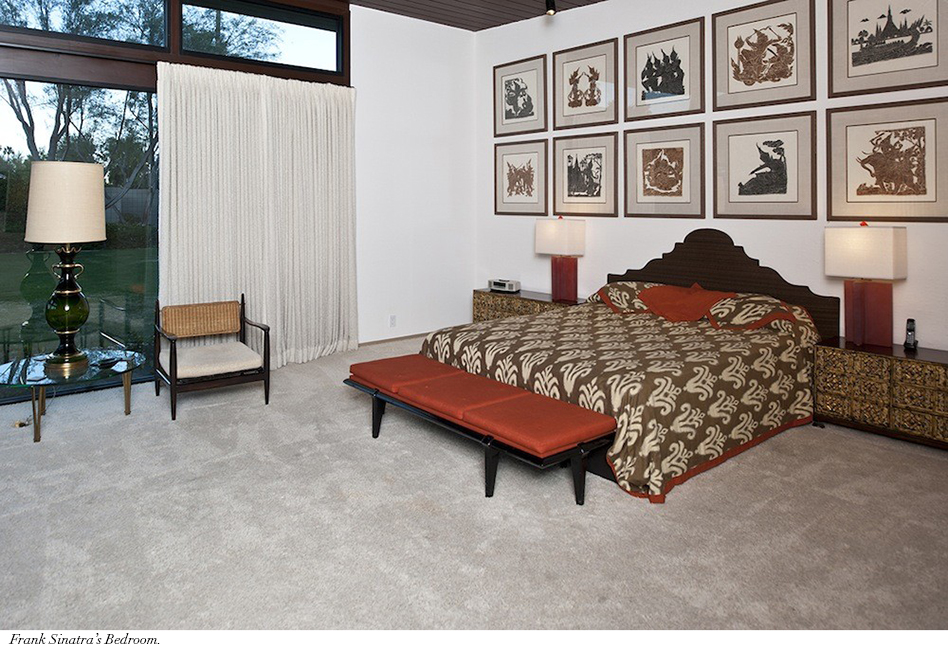 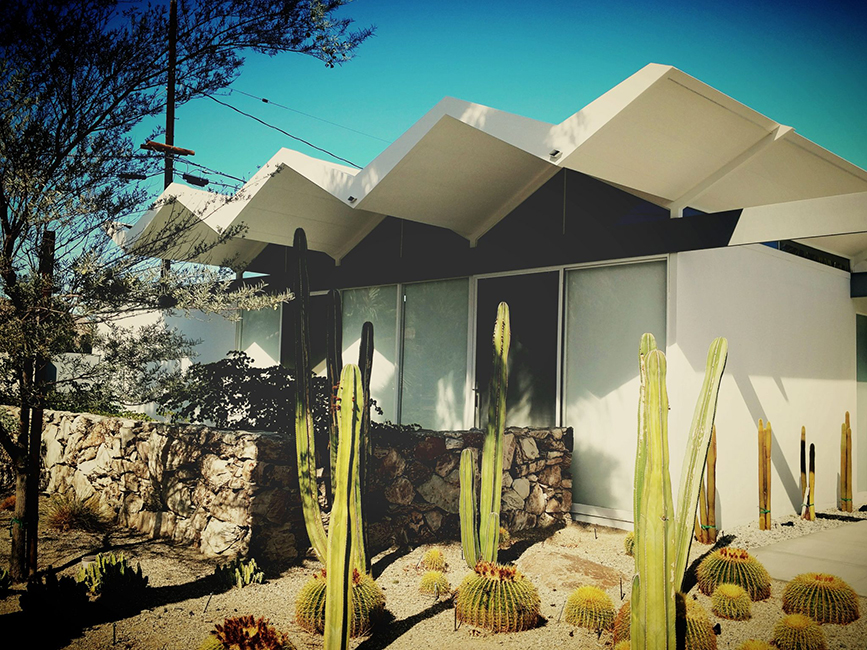 
Palm Springs is nestled in the Coachella Valley, between the rocky mountain ranges of Southern California. The desert town became a fashionable destination in the 20th century due its dry climate and natural hot springs, which were said to have healing properties. In the 1950s and 1960s, Palm Springs developed into the go-to city for Hollywood stars to buy property. Conveniently located two hours away from the major film studios in Los Angeles, the town quickly blossomed into a valley studded with fantastic modernist buildings, homes for the rich and famous.
Masters of architecture had generous budgets to work with and few building restrictions. The need to find a style that moved away from neoclassical and war-time architecture was real, the post-war generation felt different and wanted to live in houses that embodied their new, open outlook to the world. This created the perfect climate for a creative swell in the area that lead to the distinct “desert modern” style, open with shaded verandas to block out the hot Californian sun.
Famous architects of the time, like John Lautner, Donald Wexler, and Richard Neutra, used Palm Springs as their backdrop to explore innovative designs and experiment with new materials. The zeitgeist of modernism was to reject the decorative and historical for the functional and futuristic, to depart from rigid structures and embrace open floor plans that were flexible to the client’s needs. New technology developed during the World War II allowed for materials like glass, reinforced concrete and steel to be used in residential buildings for the first time. As a result, houses opened up, in-doors and out-doors flowed naturally into each other, and the ultimate American ideal of the epoque, “leisure”, was materialized in a residence.
Building with nature and melding both the architectural and the organic became a popular motif, exemplified beautifully in Fallingwater, an early house modernist house designed by Frank Lloyd Wright in 1935. The Tramway Gas Station, too, designed by Frey and Chambers, boasts a wedged, pointed roof that extends at an angle. The clean lines contrast the rugged mountains, reduce glare indoors, and provide shade. The use of flat rooves, an emblematic modernist design, was especially popular in the desert town since there was little rainfall throughout the year. In the case of Palm Springs, it is interesting to trace how the spirit of a generation, a cultural and economic shift, and the geography of a land can interact to transform style and architecture, creating a movement that reaches far beyond the Californian valley.