Multi talented, 26 year old, Nithid Banjerdthaworn shares with Aserica what ignited his love for music, the cello, and gives us a behind the scene look at his role in the controversial Pepsi Ad with Kendall Jenner. 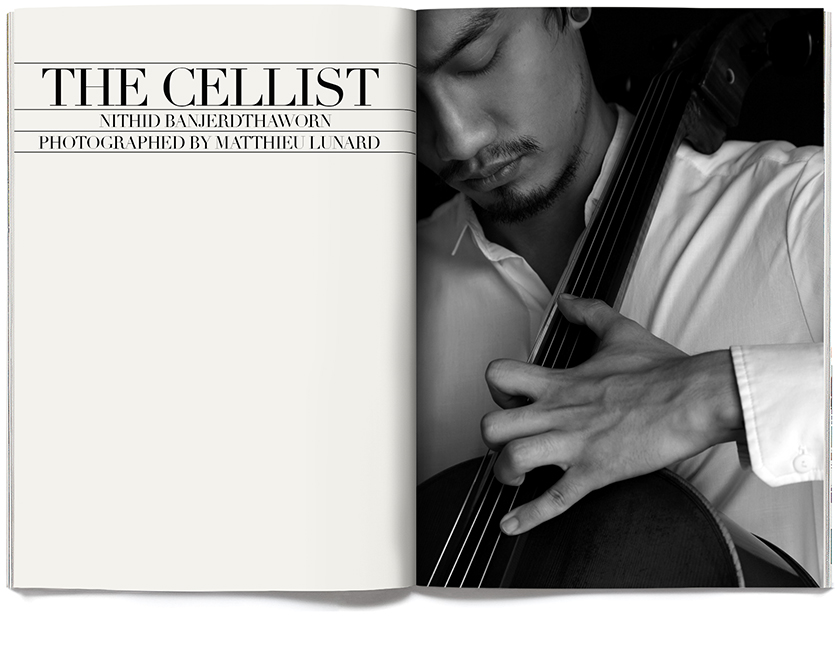 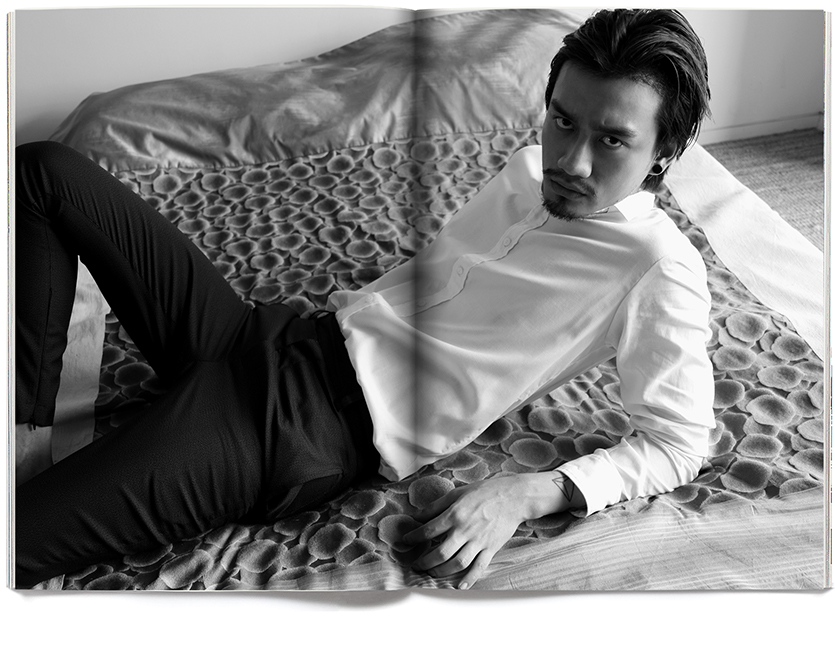 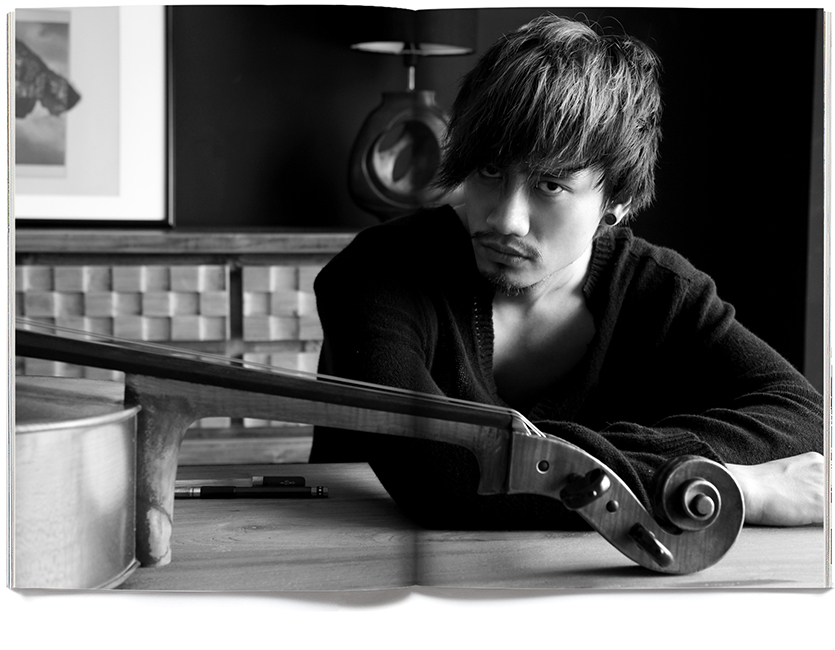 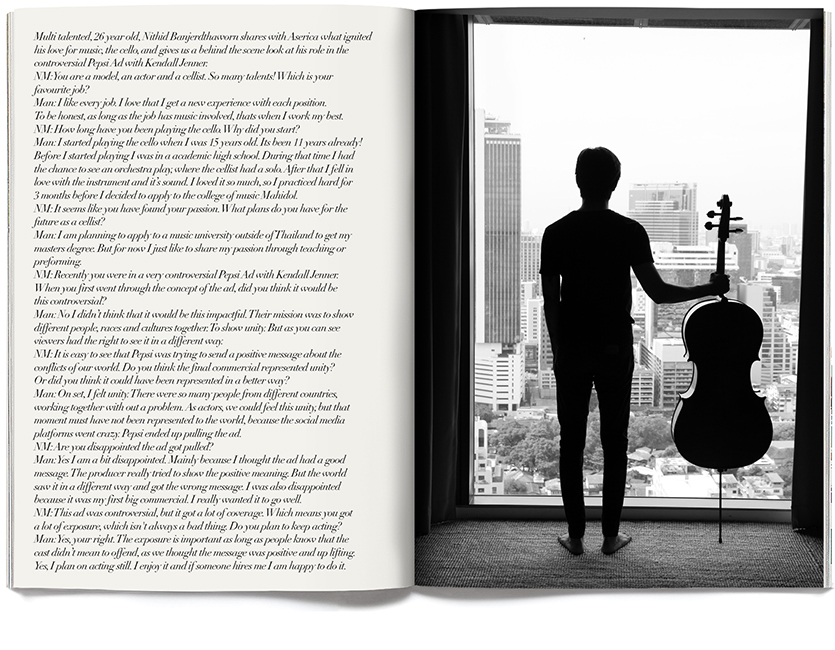 NM:You are a model, an actor and a cellist. So many talents! Which is your favourite job?

Man: I like every job. I love that I get a new experience with each position. To be honest, as long as the job has music involved, thats when I work my best.

NM: How long have you been playing the cello. Why did you start?

Man: I started playing the cello when I was 15 years old. Its been 11 years already! Before I started playing I was in a academic high school. During that time I had the chance to see an orchestra play, where the cellist had a solo. After that I fell in love with the instrument and it’s sound. I loved it so much, so I practiced hard for 3 months before I decided to apply to the college of music Mahidol.

NM: It seems like you have found your passion. What plans do you have for the future as a cellist?

Man: I am planning to apply to a music university outside of Thailand to get my masters degree. But for now I just like to share my passion through teaching or preforming.

NM: Recently you were in a very controversial Pepsi Ad with Kendall Jenner. When you first went through the concept of the ad, did you think it would be this controversial?

Man: No I didn’t think that it would be this impactful. Their mission was to show different people, races and cultures together. To show unity. But as you can see viewers had the right to see it in a different way.

NM: It is easy to see that Pepsi was trying to send a positive message about the conflicts of our world. Do you think the final commercial represented unity? Or did you think it could have been represented in a better way?

Man: On set, I felt unity. There were so many people from different countries, working together with out a problem. As actors, we could feel this unity, but that moment must have not been represented to the world, because the social media platforms went crazy. Pepsi ended up pulling the ad.

NM: Are you disappointed the ad got pulled?

Man: Yes I am a bit disappointed. Mainly because I thought the ad had a good message. The producer really tried to show the positive meaning. But the world saw it in a different way and got the wrong message. I was also disappointed because it was my first big commercial. I really wanted it to go well.

NM: This ad was controversial, but it got a lot of coverage. Which means you got a lot of exposure, which isn't always a bad thing. Do you plan to keep acting?

Man: Yes, your right. The exposure is important as long as people know that the cast didn’t mean to offend, as we thought the message was positive and up lifting. Yes, I plan on acting still. I enjoy it and if someone hires me I am happy to do it.