In his latest project "Jasper" Genitempo explores the dark, misty mountains of the Ozark region. With a poetic quality, he captures the isolation and unsettling mystery of living a life facing the elements. 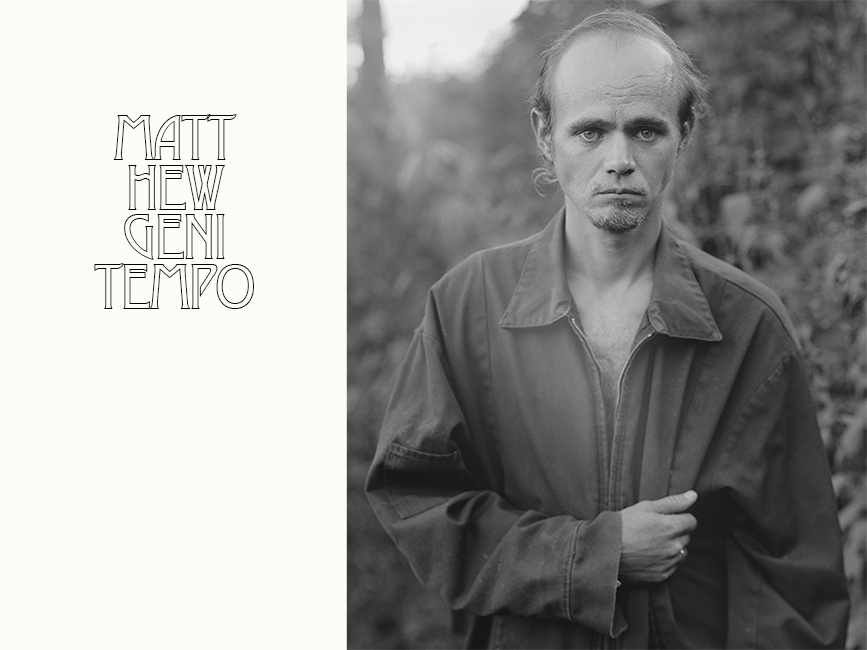 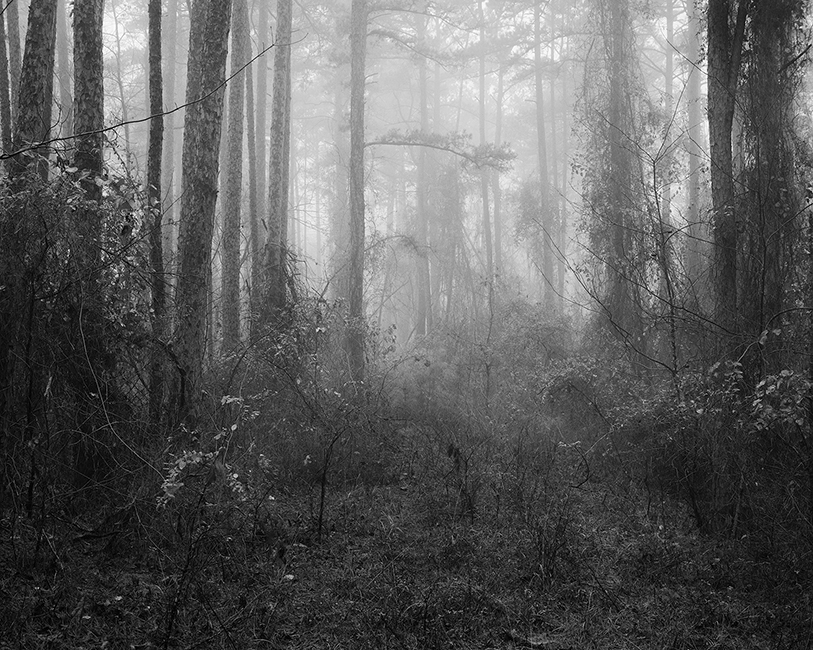 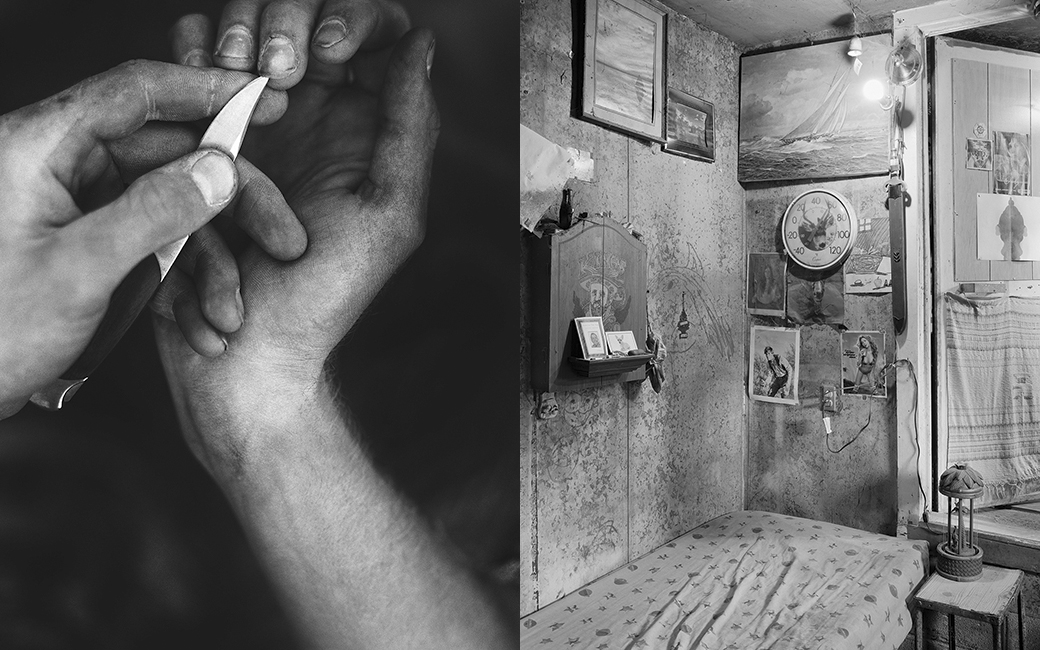 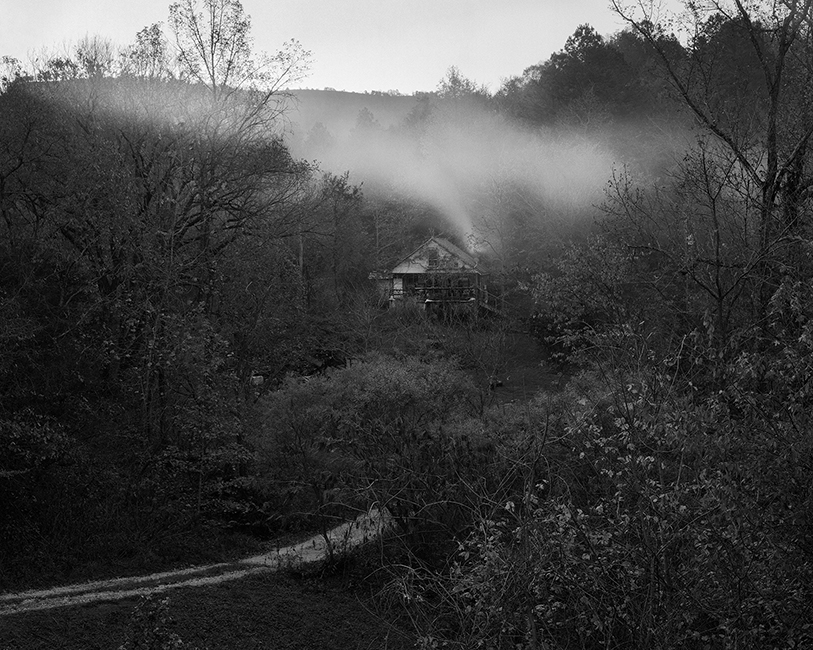 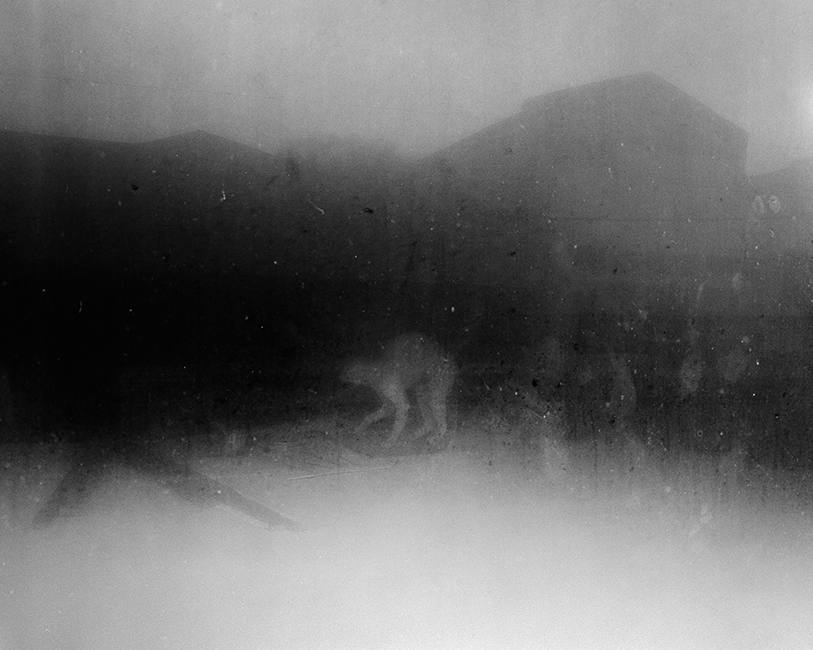 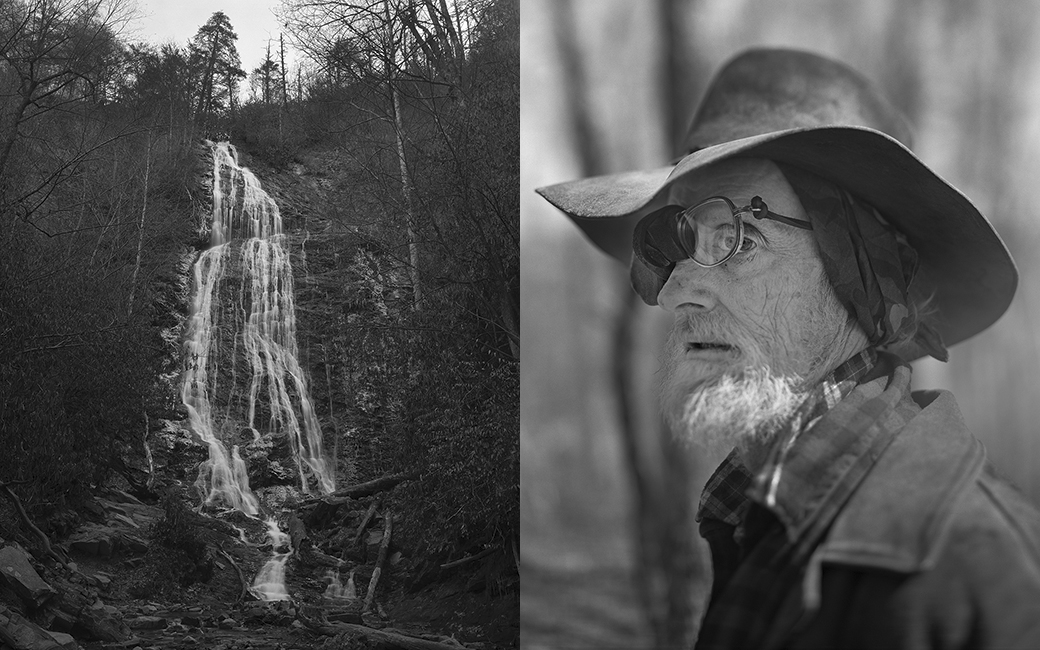 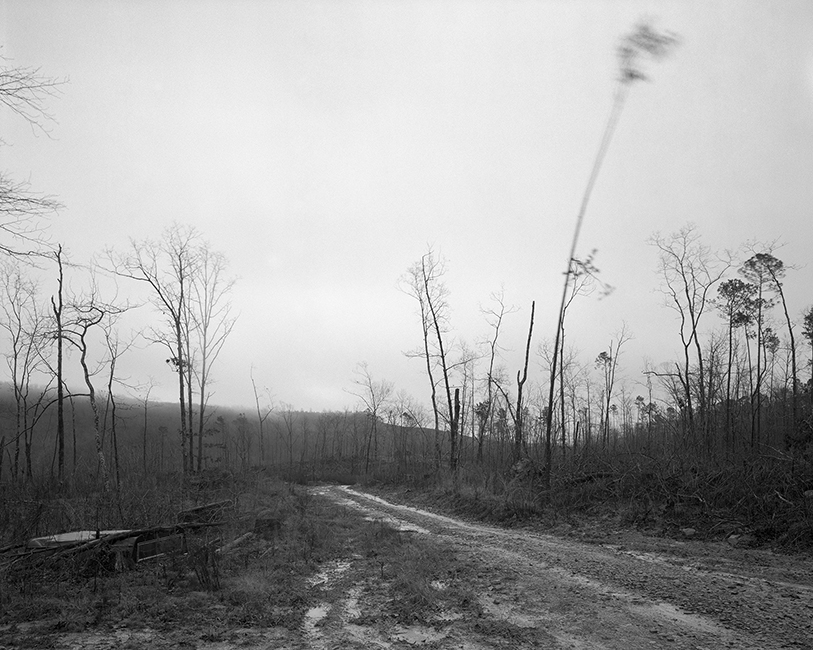 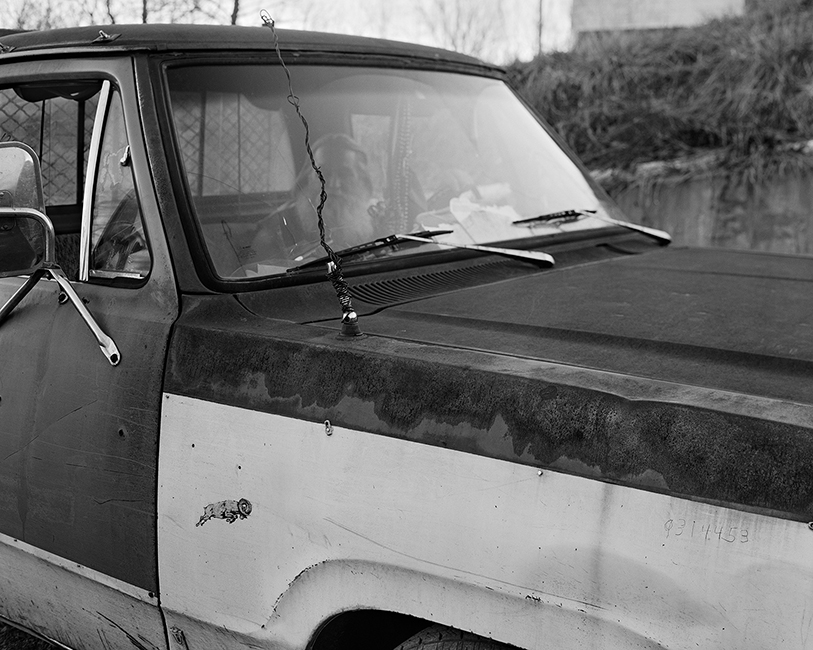 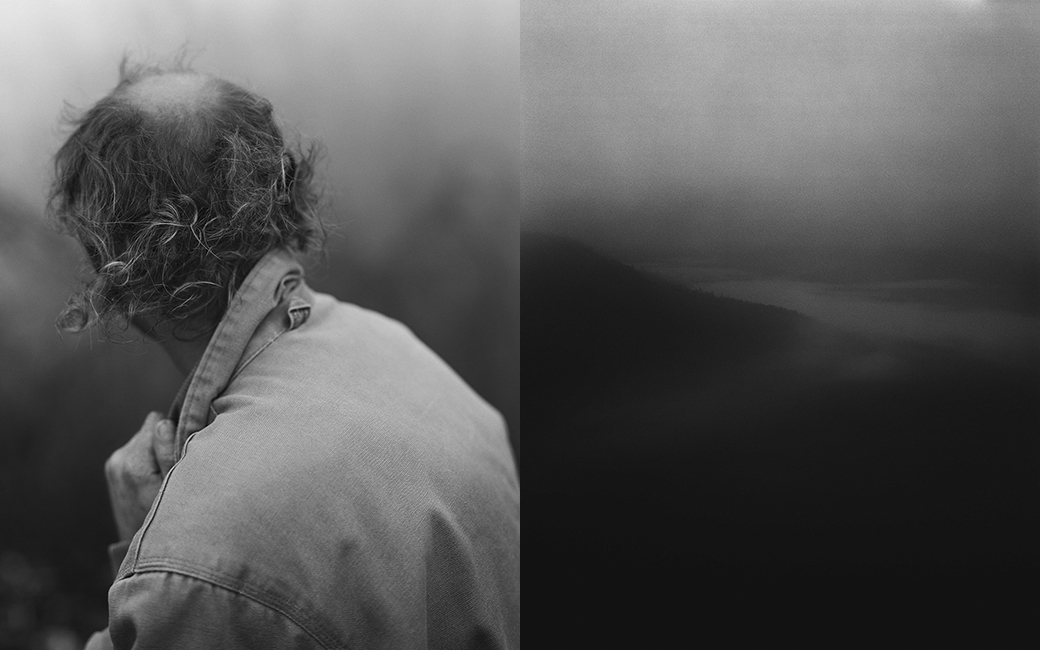 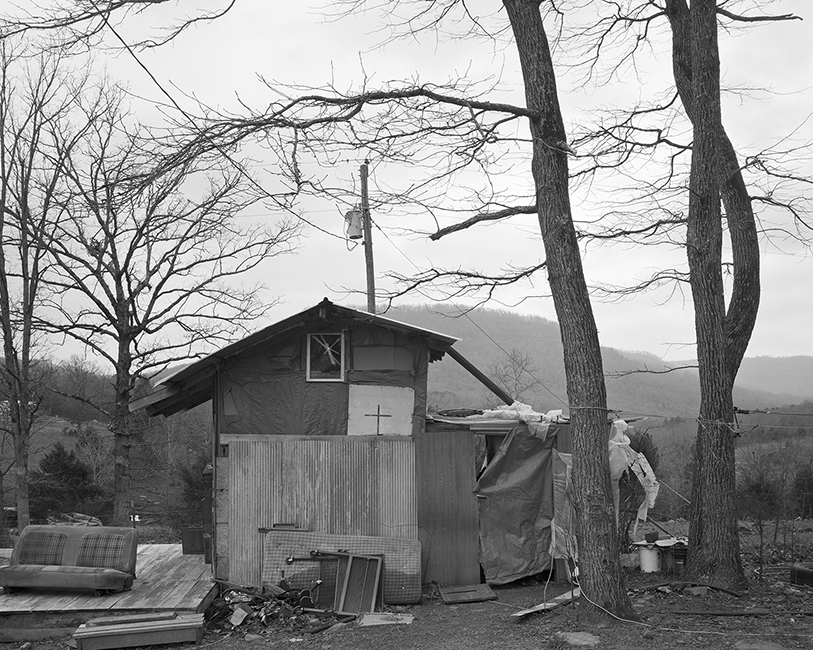 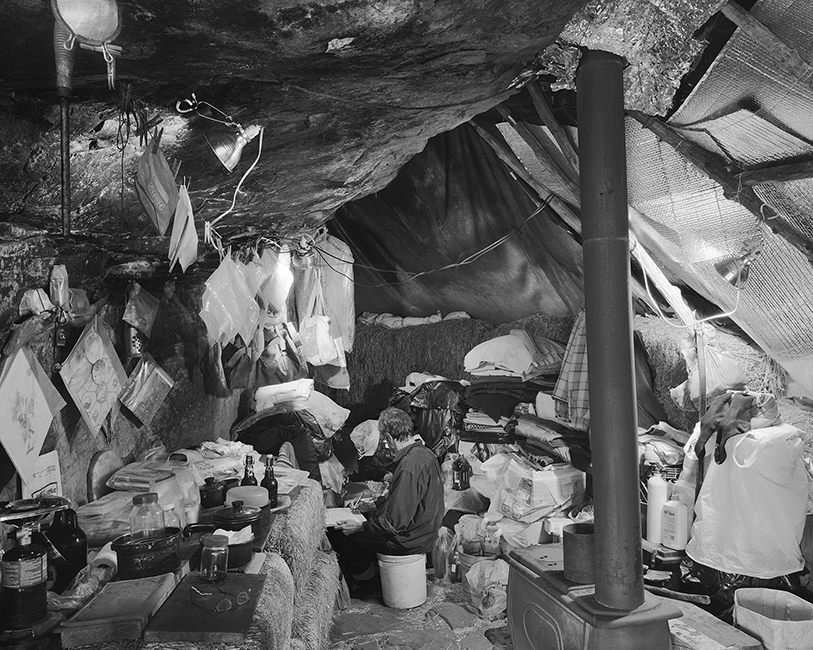 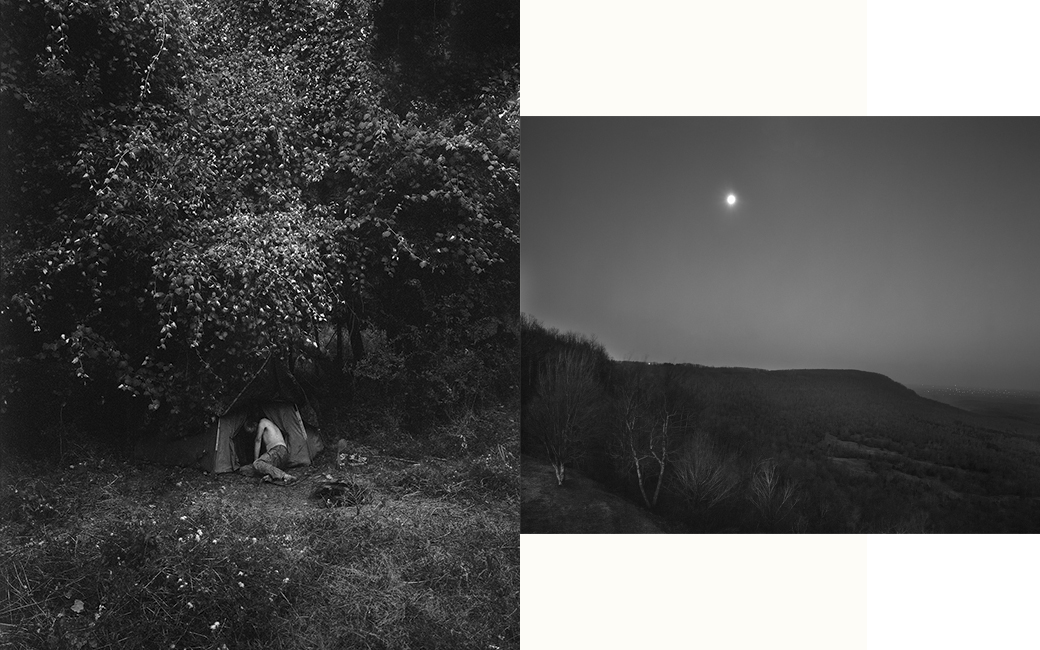 XP : Could you please elaborate on how this project came about? How did you manage to stumble upon such a remote location as Jasper, Arkansas?

MG : I had been making photographs in a distinct forest called The Lost Pines, about twenty minutes or so south of Austin, Texas. This place is uncommon because it’s considered a “pine island.” It’s one of many in Texas. It’s a disjunct group of loblolly pines that is over 100 miles separated from the vast expanse of pine forests in east Texas. It’s completely divorced from the source. The Lost Pines is the most western island in the pine archipelago that eventually connects to the Ozarks. I had started making pictures in The Lost Pines and eventually made my way to the other islands. After awhile, I got impatient and went straight to the source. My first couple of days in the Ozarks were a bust, but once I made it to Newton County, things began to fall into place. Newton is the least populated county in the state and Jasper lies at the heart of it.

XP : A sense of alienation, melancholy and existential mystery seem to be the themes that dominate the mood of your series. Would you say that these themes reflect they way in which the people you encountered in the Ozark Mountains experience their day to day life?

MG : I don’t believe the themes you’re interpreting are inaccurate, but those themes are a reflection of an interior place. Jasper is not a report from the Ozarks. I can only offer my own truth. That’s not to say that the people in my photographs don’t experience those feelings. I had many discussions with folks out there concerning a life of escape and isolation, but personally the work was about traversing a psychic and an emotional landscape.

XP : How receptive were the people you met to you photographing the intimacy of their lives? How did you go about gaining trust?

MG : It varied considerably. Every interaction was unique, but access was always reliant upon spending time and building trust and that all boils down to commitment. Thankfully, the camera can open up other worlds and from there you can begin to build a connection. On top of that you have to be open and be willing to let one thing carry you to the next.

XP : Your work seems almost to function as a cautionary tale against the romanization of ‘leaving it all behind, escaping the suffocation of city life’. I say this because you unapologetically and melancholically show the harshness of the living a life facing the elements. Do you think this is a fair assessment?

MG : Sure. There is one photograph in particular that I think encompasses the idealized spirit of escape and the cruel reality of isolation that you’re suggesting: The picture of Copperheel folded over, tucked into the back of his home constructed into the side of a rock (Pictured below). It’s all there.

XP : In the introduction of your series you state that you were inspired by Frank Stanford. A poet described as ‘one of the great voices of death’. Stanford’s raw and almost brutal poetic style seems to intertwine beautifully with your photographs. Did his poetry influence you during the physical process of taking photographs for this series or was it something that was revealed to you after reviewing your photographs in a more cohesive manner? What does Stanford's poetry mean to you on a personal level?

MG ; I was completely under Stanford’s spell the entire time I was in the Ozarks. I couldn’t shake his words. I would make pictures and revisit his poems weeks later, only to find that I had illustrated some of his ideas. I’m indebted to him.

XP : Given the poetic nature of your photographs, how do you go about maintaining the balance between photographs as evoking feelings and emotions with the more stringent ‘objective’ criterias of traditional documentary photography? Is this something you even strive for in the first place?

MG : I would love to tell you that this is something I’m conscious of and attempt to do while making the pictures, but that’s just not true. I usually don’t understand until I get the pictures back and spend some time with them. The pictures let me know what I’m doing.

XP : The photographs we take are often a reflection of our own emotional states and perceptions. The themes of ‘Jasper’ are very heavy. Did your emotional state at the time play a role in your attraction to these themes? Or was it mainly induced by the surroundings of the Ozark Mountains?

MG : Mostly an emotional state, although the Ozarks are a very capricious place. They certainly helped. All of the photographs were made after a significant change in my life that happened to occur during the rise of Trump. I was trying to work all of that out.

XP : And lastly, how do you see yourself developing as a photographer? Where will your next project be? Do you see it following similar themes?

MG : Producing the book has really eaten up most of my time this past year, but I’ve recently moved out to the desert and I’ve been making photos out here, so I guess I’ll have to wait and see what they tell me.