Russian tattooed bombshell photographer and model Ira Chernova goes back to basics, bringing a personal and intimate touch to her impromptu photo shoot. 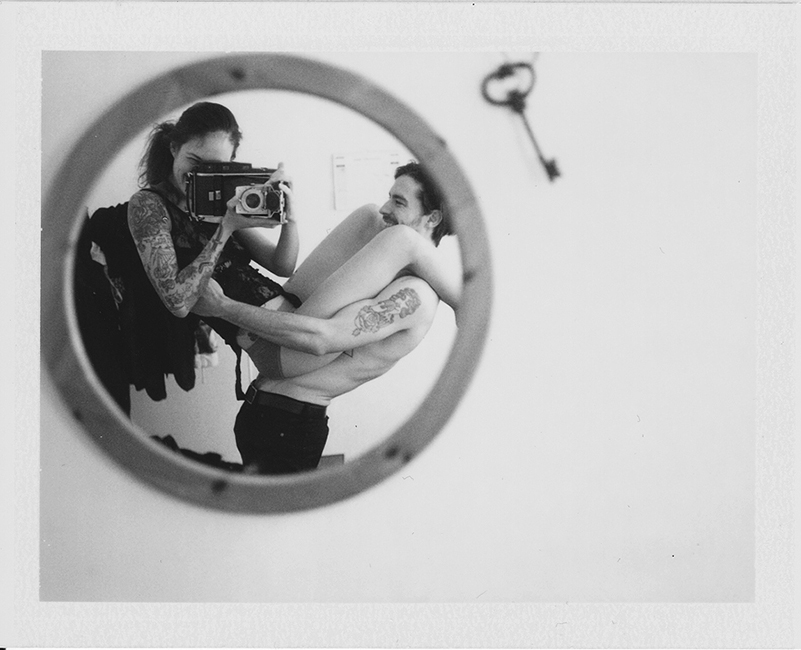 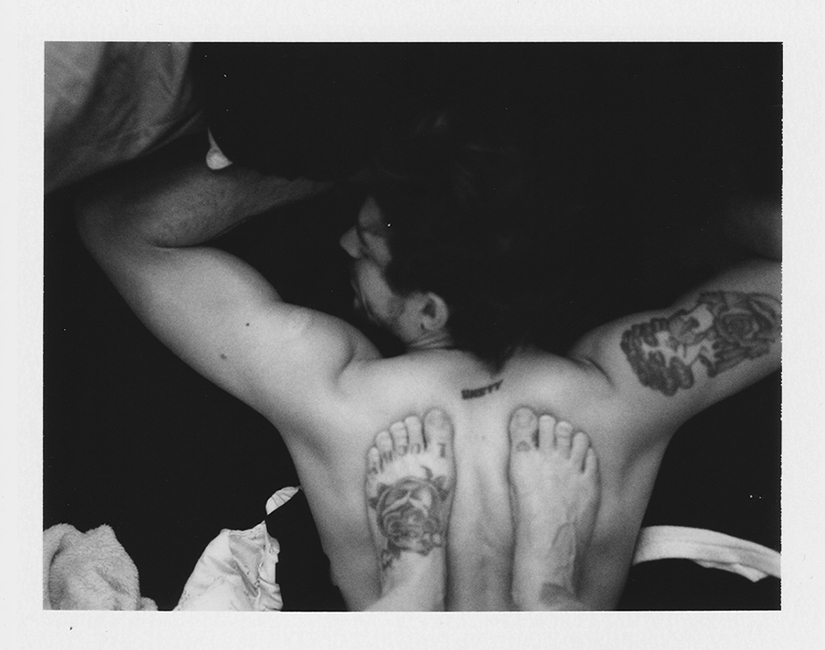 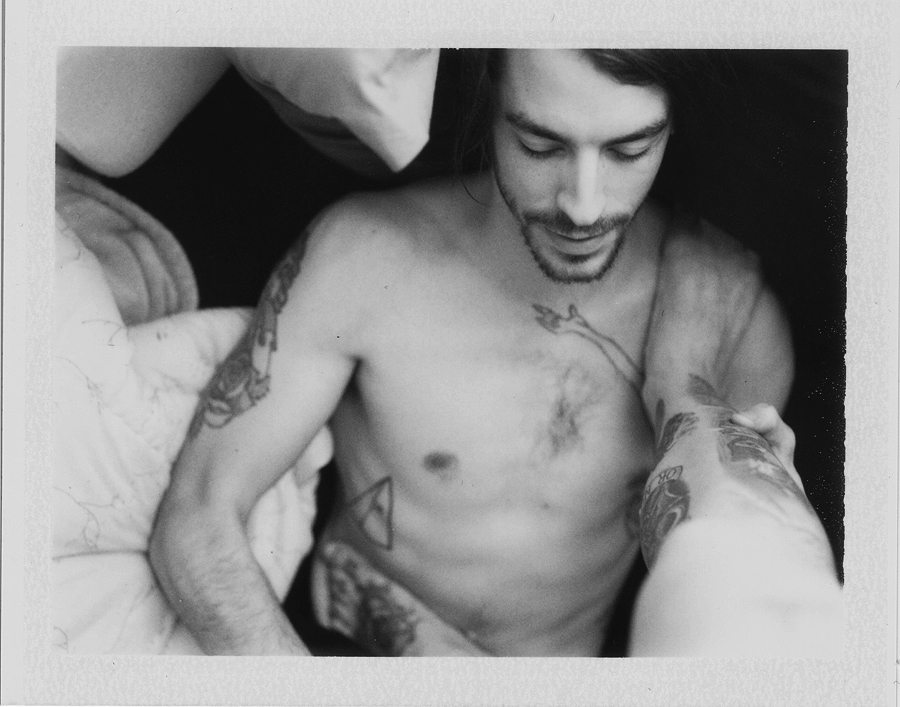 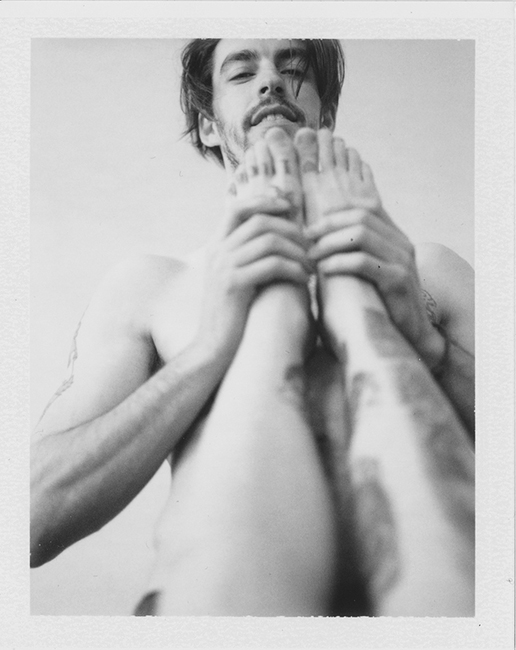 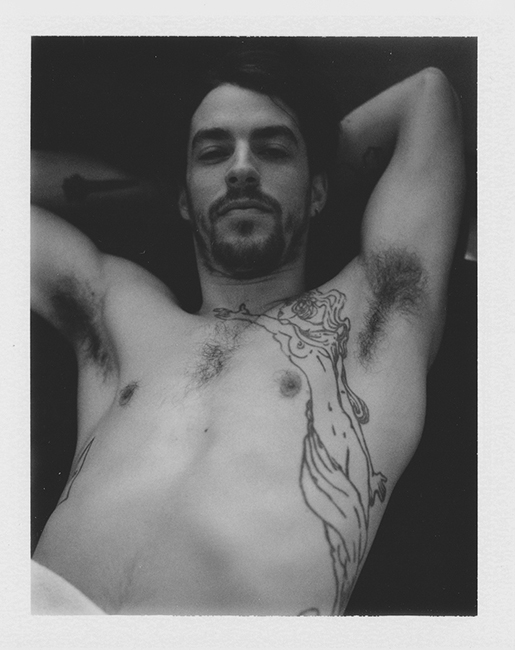 AN: Could you explain what’s going on in this series of photographs?
IC: They are morning photos in my bedroom. It was a ten minute impromptu shoot! I used to take photos all the time, so it’s a reminder to myself how great it feels when you realize that just an hour before, those visuals didn’t exist.

AN: What was the most interesting thing that happened during the shoot?
IC: Trying not to fall! Haha. Balancing in front of the mirror aiming for a self-portrait while Robert was holding me was tricky, but it also makes the result of the photo one of my personal favorites.

AN: What message did you want to get across?
IC: Honestly, I just wanted to create a more personal work. I felt like I was being carried away too much with fashion and portraits and not really capturing anything around me. These photos were to get myself to think about how many new images I could create in daily life - only taking up ten minutes of a day.

AN: Your photographs are very raw and emotional - what is your shooting process?
IC: It’s probably just my personality. You know how over time, we just get more technical and fluent in what we do, and then our personality shows up vividly by itself. It’s like you don't think too much about taking pictures anymore, it's just part of who you are, and you put a part of yourself in each image. I like to work simple and quick - no long hours or assistants or extra people in the team.

AN: You seem to prefer film, especially polaroids, over digital. Why?
IC: Partially it’s me being lazy; I’m not really big on post-production. And with film, I always feel like “Here it is”. It’s a perfect image that doesn’t need anything else. I love shooting in film because you have to trust yourself that you got all the important images you need in the roll, knowing that you don’t have a digital backup. I pay more attention when I shoot in film as well as being pickier in taking less frames. It just feels less disposable.

AN: What are your current projects?
IC: Me and my friends at Mr.Gif started working together recently. We did an editorial for NicoPanda where I was in charge of video, and they created animation on top of it. We’re starting to work on a portrait series for NeueHouse too. Many projects in the making are in my head too. My desktop is full of mood board pitches, would be nice to put them all in action.

AN: What are your goals as a photographer?
IC: I want to start working more on long-living shots. Fashion is great, but most of it has no message at all. I need to be doing things that matter. Even working for a long time with the Dillinger Escape Plan (I took photos for them I imagine six to seven years ago at festivals) - those images have a history around them already, and are important to followers of their music. It’s a nice feeling. And on the collaboration I mentioned with Mr. Gif, we want to cover social issues too - to make things that matter. Last week, we went to a local animal shelter to make moving portraits of the dogs they have. You know how to create images with the story.

AN: How would you like to be remembered?
IC: Constantly moving forward with what I do and not being dull in any decisions.