Italian actor, Giampiero Judica, is known for his roles in both popular Italian and Hollywood films. In this interview, we get to know more about playing his favourite characters, his view on contemporary Italian cinema, and what he hopes for the future. 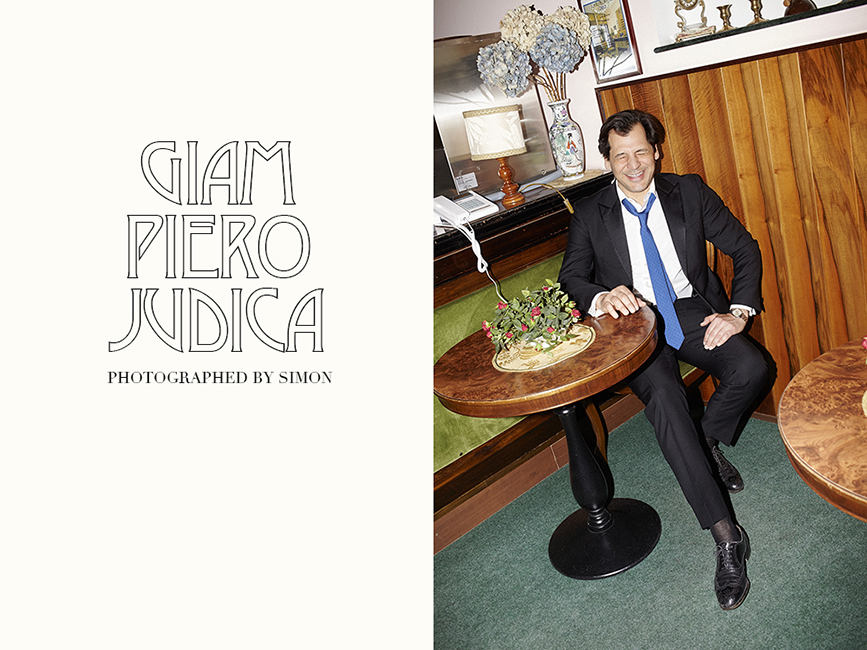 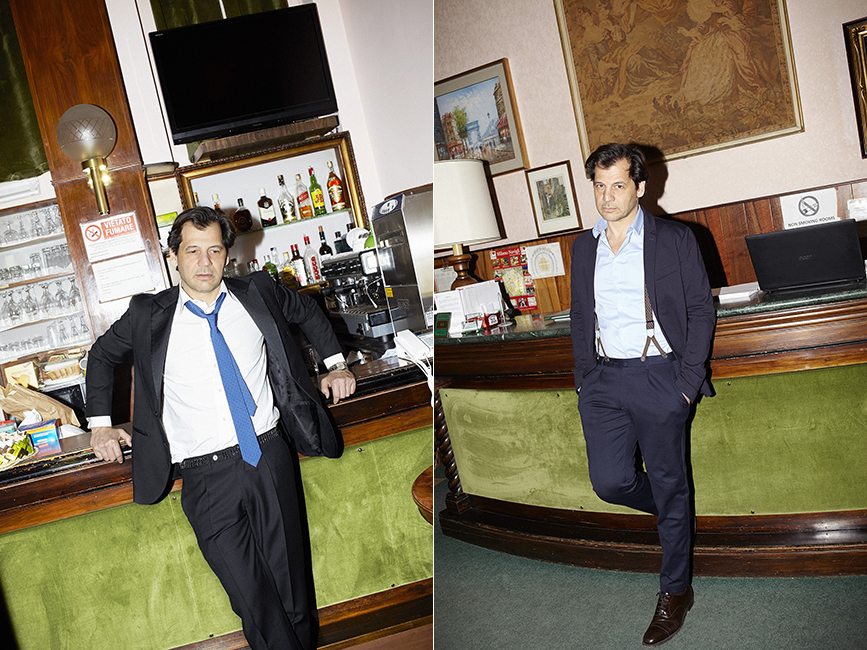 AM: Where are you from in Italy? Tell me about your family.

GJ: I’m fairly peculiar. My whole family, my father and mother and all their relatives are from Palermo, Sicily. I was raised in Milan, north of Italy, but I feel deeply Sicilian in my blood, with a touch of Northern efficiency and practical sense. I lost my father when I was two, so I grew up with a single mother with two kids, which immediately gave me a big sense of appreciation for the feminine world and personalities. I come from a family with ancestors who are lawyers and judges (as the root of my last name easily reveals), so I myself attended and finished law school.

AM: When did you start acting and what inspired you to try?

GJ: I started when I was about 18 or 19, while I was attending law school. My initial inspiration was definitely Charlie Chaplin, whom I learnt to love since I was a tiny kid, and whose death on a Christmas day remains one of the most vivid and painful moments of my childhood.

AM: What is your favourite character you’ve played? What helped you connect with this specific character?

GJ: Probably my favourite character is S. from my one man show “Nema Problema”, a crude, cruel violent true story about the Balkan Conflict in the 90’s. Meeting the real guy, doing a lot of research and a lot of hard improvisational work with the director helped me to embody that character. In the film “Boardwalk Empire”, Salvatore Maranzano, and in “Ferrari”s, Tazio Nuvolari, were my favourite characters for very different reasons. They were legendary figures, icons of certain worlds, and that in itself made it special.

AM: Compared to the Golden Age of Italian cinema (neorealism from after WWII) how would you say Italian cinema stands out nowadays? In your opinion, is there a revival underway, especially in films by directors like Paolo Sorrentino?

GJ: We’ve gone through a dark age of Italian cinema, with the 90’s and beginning of 2000’s, mostly fuelled by the advent of private television. Definitely the past ten years have given a new bright light into Italian filmaking, with the emerging of incredible new directors, such as Paolo Sorrentino, Matteo Garrone, Alice Rohrwacher, Jonas Carpignano, Grassedonia e Piazza, Roberto de Paolis, just to mention a few.

AM: Who are your acting icons? Can you name some of your favourite Italian directors and actors?

GJ: In Italy, my icon has always been Ugo Tognazzi. He is the actor I feel closest to in terms of versatility, choice of roles, and an attempt, even in the most tragic roles, to give irony to his characters. My other favourite non-Italian actors are: Charlie Chaplin, Jack Lemmon, Daniel Day Lewis, Peter Sellers, Philip Seymour Hoffman, and in Italy, Gian Maria Volontè, Vittorio Gassman, Massimo Troisi, Alberto Sordi, Totò and Nino Manfredi. From the new generation Elio Germano and Luca Marinelli are the most interesting figures. As for classic directors, Fellini, Rossellini, Germi, De sica, Risi and Monicelli formed my taste and interest for cinema. Of the contemporary directors, besides the ones I have already mentioned, Moretti e Bellocchio had a real influence on my artistic path.

AM: Each country in the film industry has their own genre and style that they excel at. How has Italy shaped or influenced your acting style?

GJ: Certainly, Italy has nurtured the irony in my characters, has helped me in finding a natural freedom in my expressive palate. And it has also facilitated finding an emotional availability and range in my roles.

AM: What was the biggest difference between working in Italy and in Hollywood? Did you have to adjust to a different way of acting to be featured in “Boardwalk Empire”?

GJ: I think the biggest difference is in the production organization and commitment, which is very much focused on making the actors’ work as easy as possible. Because everybody’s concern is that what comes out in that frame is the most beautiful possible, that sums up everybody’s work. In this sense, you as an actor feel like just the last ring of a long, long chain - an artisan like everybody else. And that makes your job easier. In “Boardwalk Empire”, I initially felt the pressure of having to live up to the incredible amount of talent that was in that special cast. But the ambition to be as authentic as possible is common everywhere. Maybe there’s a little more attention in what’s not in the scene.

AM: What do you see in the future for your acting career?

GJ : It’s a tricky question for an actor this one. To imagine our future is always difficult because everything can change on a dime. That’s the kind of life we chose. Still, I see myself acting in roles that people won’t necessarily see me for, that would allow to me investigate the least accessible parts of myself. I would love to have more and more control over my career, something almost impossible for an actor, always pushing my limits further.