With a focus on flashbacks to simpler times, Deborah shares with us what it was like growing up and Northern Ireland and her evolving relationship with her brother. Using nature as her drop back she brings us on an adventure through the woods where images of distorted colours and shapes highlight natures darker and abstract face. 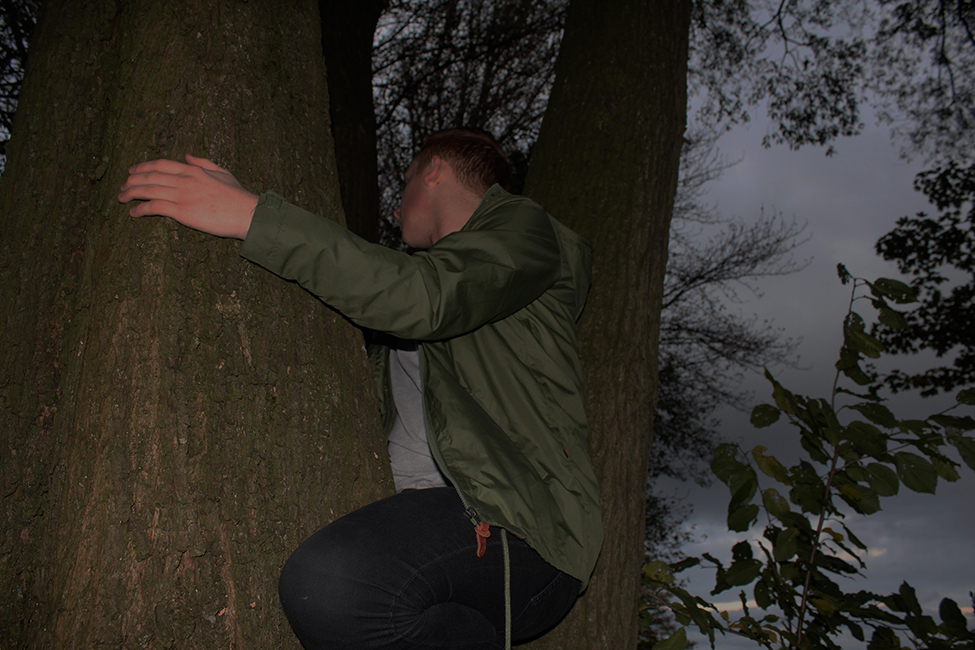 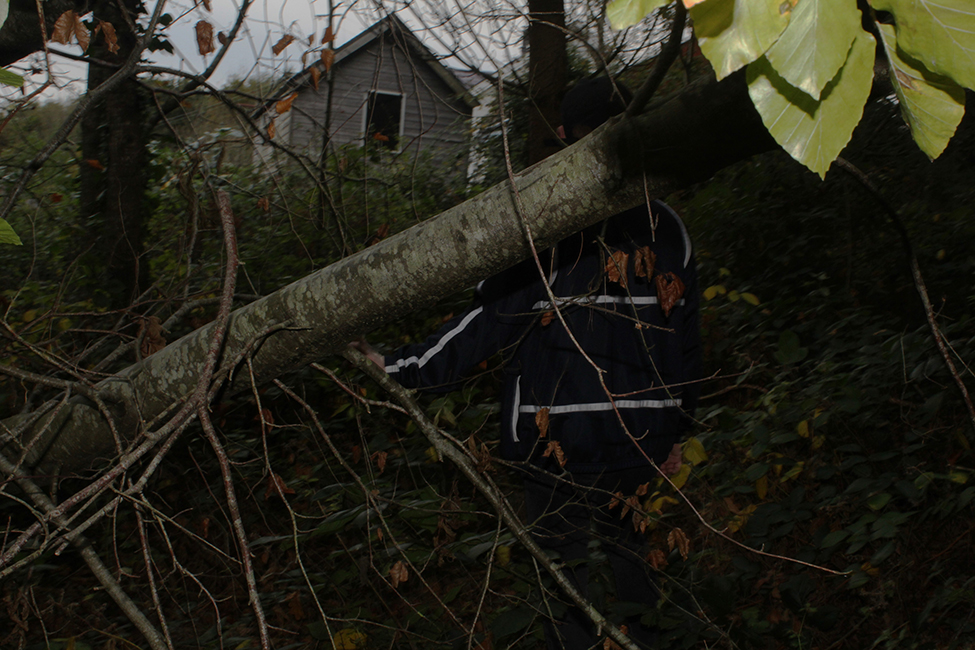 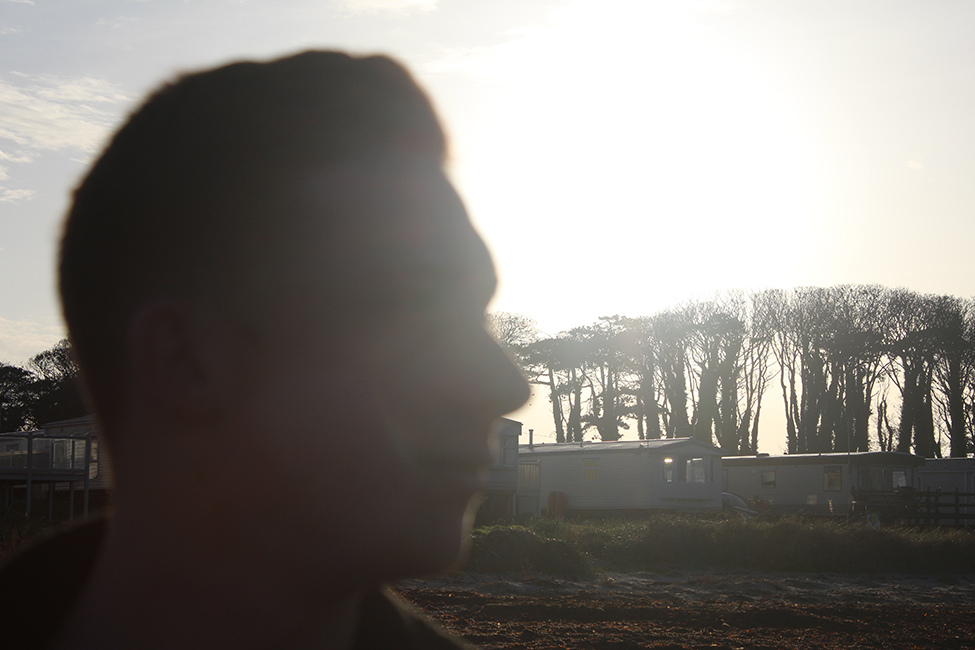 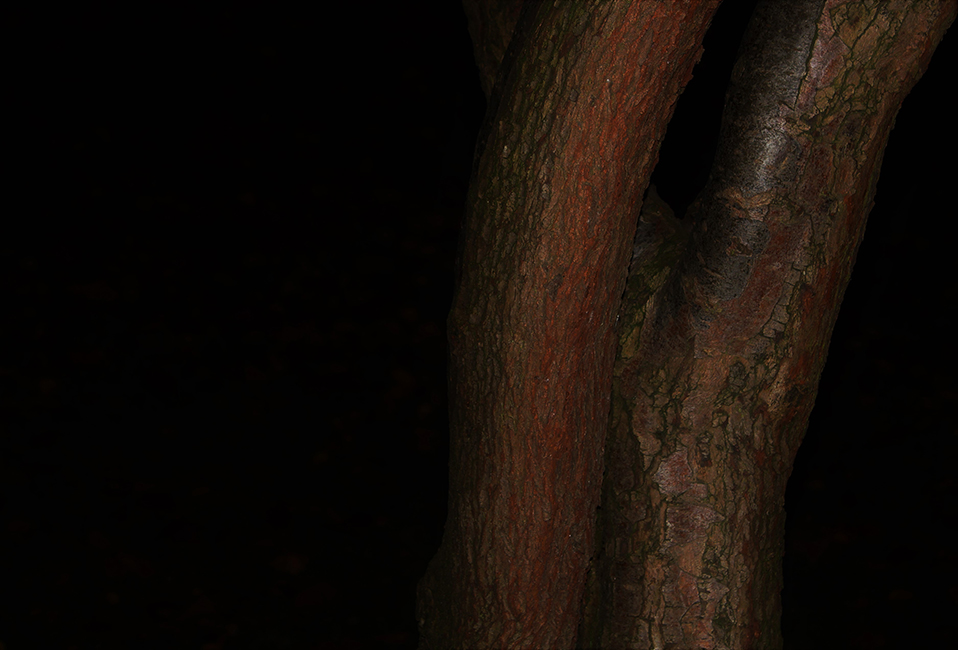 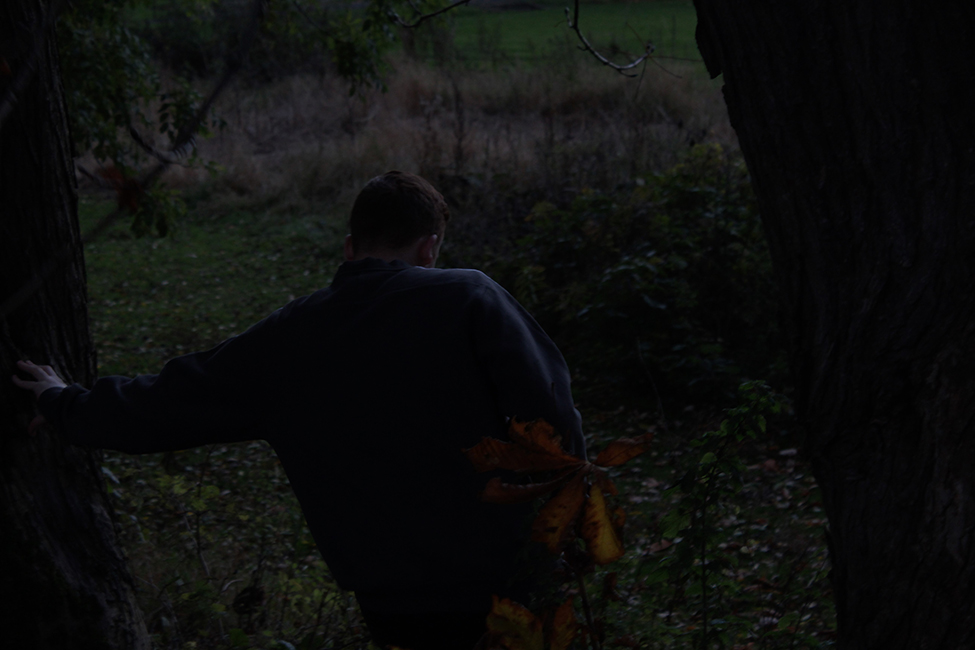 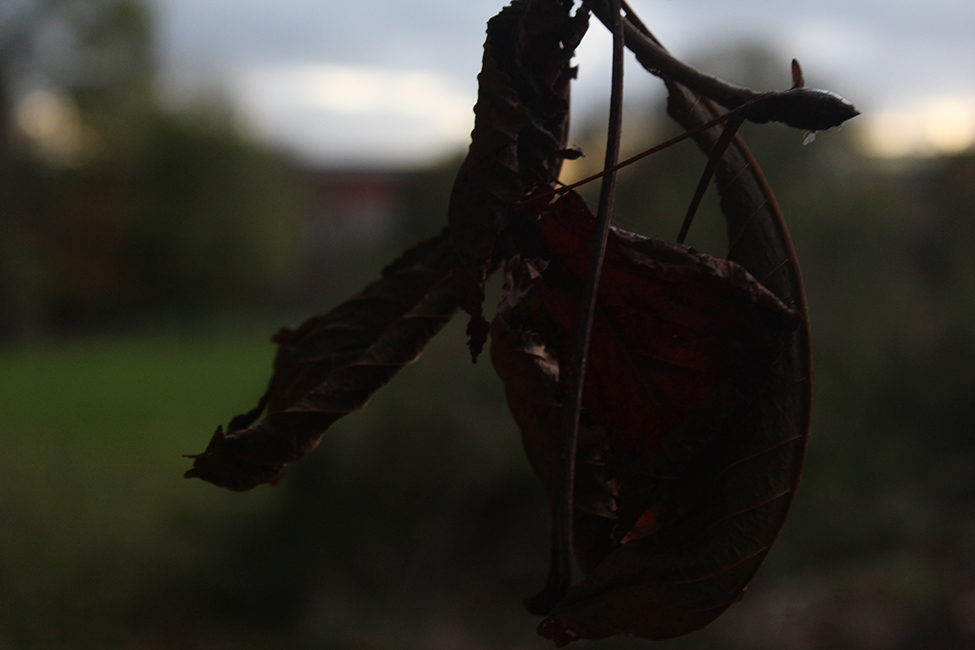 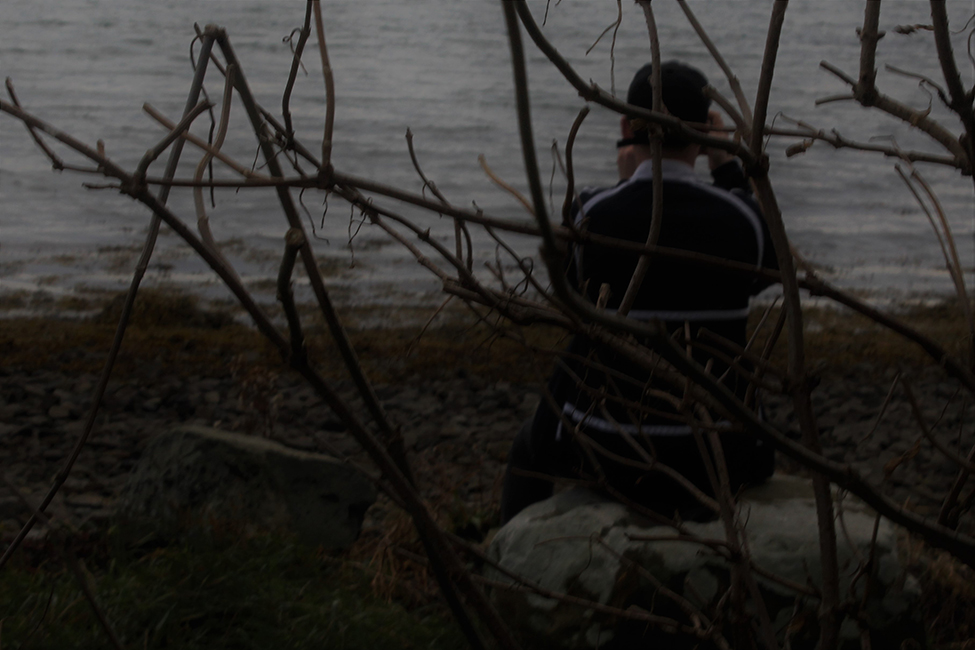 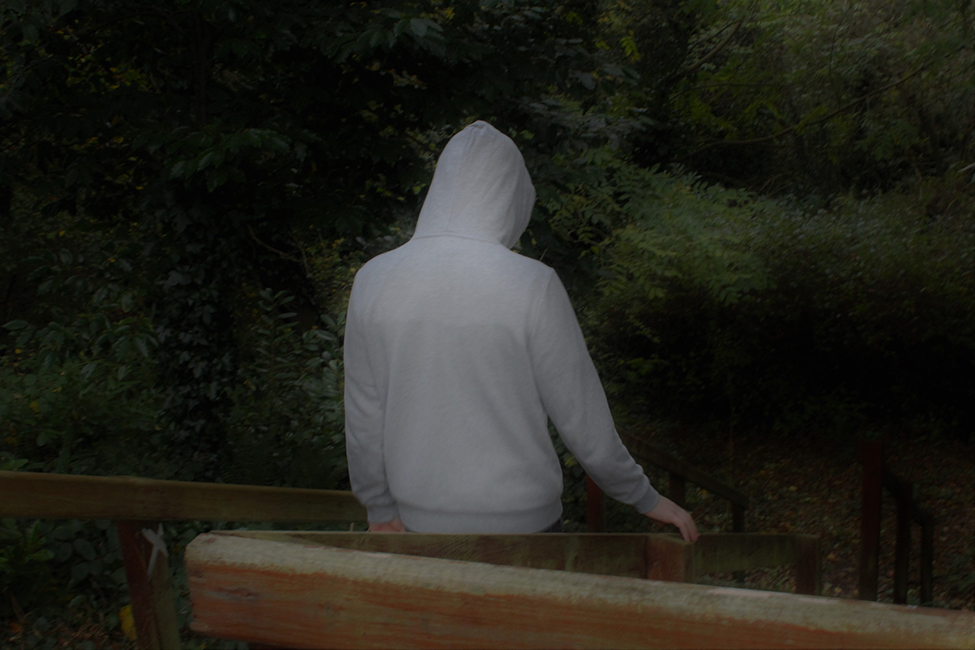 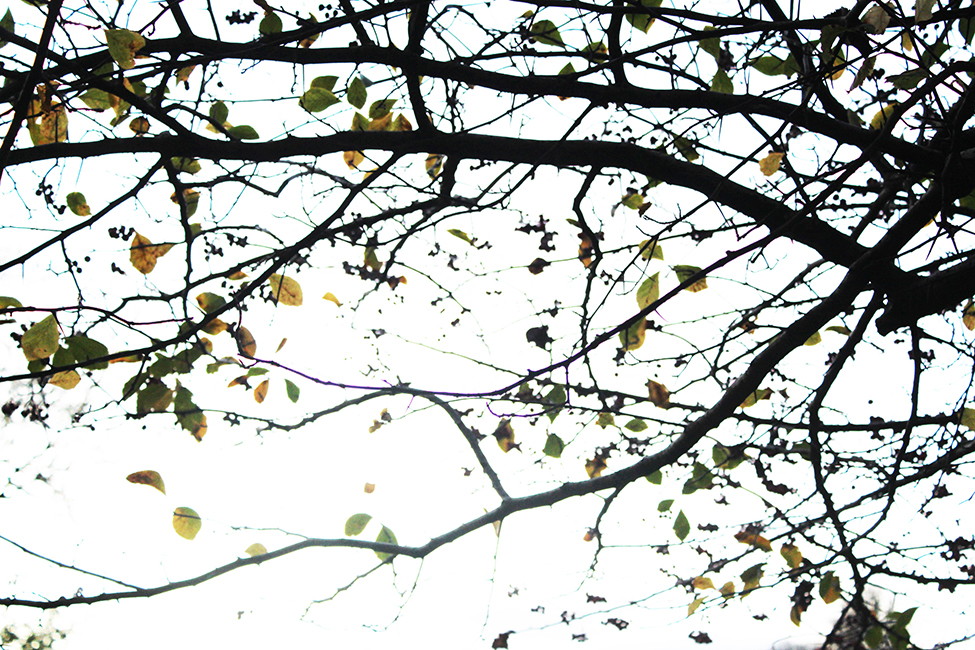 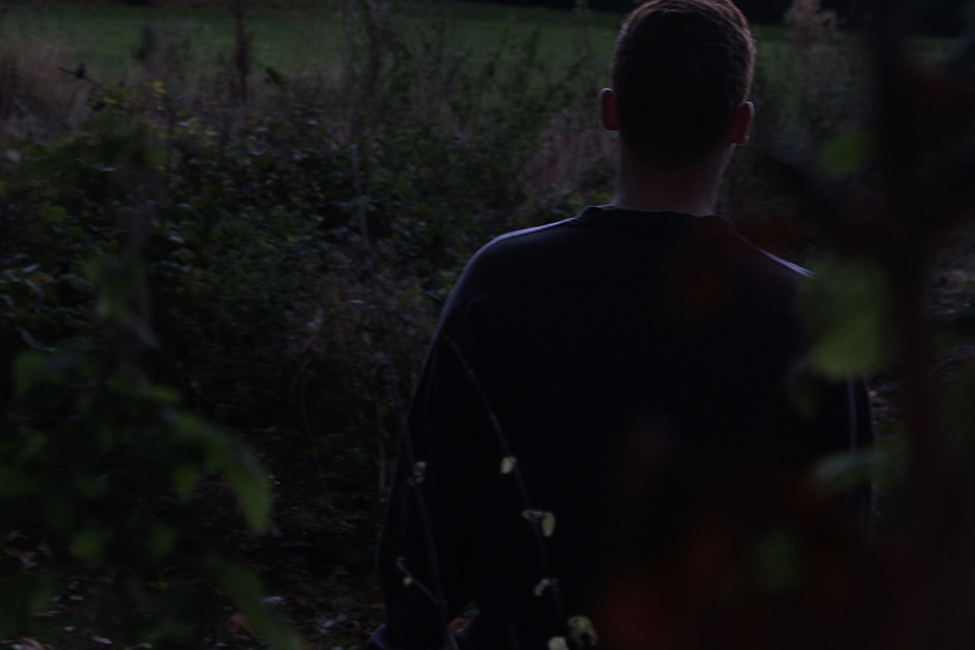 With a focus on flashbacks to simpler times, Deborah shares with us what it was like growing up and Northern Ireland and her evolving relationship with her brother. Using nature as her drop back she brings us on an adventure through the woods where images of distorted colours and shapes highlight natures darker and abstract face. Deborah expertly mixes her childhood sense of adventure and her wise outlook on life to create the “Remember When” collection.

NM: Where is Northern Ireland did you shoot? How has growing up there impacted your artistic style?

DB: I did this shoot in a village in Northern Ireland called Killyleagh. There is a beautiful country park where I took this series of photos. I think growing up in Northern Ireland has influenced me to take advantage of using outdoor space for shoots. Northern Ireland is full of really cool country parks and beaches which feature heavily in the backdrop of my work. I love the variety of textures and light you get when you take a photo outside. Growing up I went camping a lot with my family. I like revisiting those places that we used to go and take pictures in that moment of memorable scenery.

NM: You’ve mentioned that you and your brother have grown apart over the years. What was your relationship like when you were younger versus how it is now? Did this shoot help you reconnect in new ways?

DB: Growing up in our first home as children there weren’t any other children to play with. We relied on each other. We spent quite a lot of time together until we moved on to school and met different friends. Like most siblings, we got along but we are quite different personality wise. So we bickered quite a lot. Going on family holidays like camping, where it was just us and our parents, meant that we again relied on each other for company. Today we get along well, I moved from Northern Ireland to University in Salford, Manchester nearly two years ago. I guess we have matured more now and find it easier to get along. I loved doing this shoot because it brought back the memories of being kids, exploring without a care in the world.

NM: In your photos, it seems like your brother is always just out of reach. As if we are observing him with out him knowing, or if he was trying to avoid us. Did you aim for this feeling? Does it somehow reflect your opinion on your relationship with him now?

DB: Before I did this shoot I went to Frieze art fair in London. I saw a piece of work by Jac Leirner, a Brazilian artist. The piece is called ‘Nice to meet you’ which consists of small cards, around the size of a business cards which were linked together. Some of the text on the cards are easy to see and some text was hidden. I was inspired by this idea in my shoot. Business cards typically hold information or identities. In this artwork, some of it was hidden. I wanted to play on this concept in my shoot. My aim was to document time with my brother in a place that we used to go to as kids. I wanted to show the places we used to climb and parts of the park we would go to when we were camping but in a more meaningful way. We have both changed so much since that time. Keeping him out of reach hints at this. We can see him with me but we are both older now yet we are still able to go back to that time.

NM: The nature shots in these photos are intriguing because at first glance, it’s hard to decipher exactly what we are looking at. What inspired you to stay away from classic shapes that clearly resemble tree trunks, tree branches, leaves ect.?

DB: I think that the darkness in these images add to the story. For me they bring back the memories of us trailing through the dark forest, scared of all the weird noises we could hear. I wanted to capture the still eeriness of being there again where the only thing we could hear was us.

NM: I’m interested in knowing at what time of day you shot these photos. It looks as if you shot just before dusk; where the day is coming to a close and where you may also have to say goodbye to the company you are with. What time of day did you choose to shoot and why did you decide on this time?

DB: I shot these images late afternoon around 3pm. I originally had planned to shoot earlier than this but the weather was horrible and was badly raining all morning. When we arrived, it was starting to get dark already as the lighting was quite dull. I decided to shoot anyway. The way in which the light was capturing elements of each photo, like the leaves and the branches, was creating unique colours making them look almost abstract in each photo. The way in which the light was hitting my brother was also fascinating. The darkness in from his form created a silhouette like appearance adding to his questioned identity in the shoot.

NM: What was it like spending the shoot with your brother? What do you think he felt when you asked him to be your subject? Would you like to include him into your future works?

DB: I love using my family and friends as subjects in my work. I think in my personal documentary photography I feel more comfortable shooting someone if I know. The images just flow. He didn’t mind being in the shoot as I’d assured him he wouldn’t have to do any weird poses and just had to come with me and ‘stand still’. When I go home I always try to get as much photography work done with my friends and family. I am usually away from home for long periods of time. I am sure my brother will be included in my future work.

NM: A classic question; What did you use to shoot this series?

DB: I used my Canon Eos 1300D to shoot this series. I love my camera I find it really easy to use and take with me on shoots.