Channy: A Journey of Loss and Recovery to Renowned Cambodian Artist.

Channy is a professional painter whose skills have made him prolific in the Cambodian contemporary art scene. His art mainly focuses on birds, for which he has a passion, but also on the impact of humans on the environment, inspired by and mixed with religious symbolism and iconography. 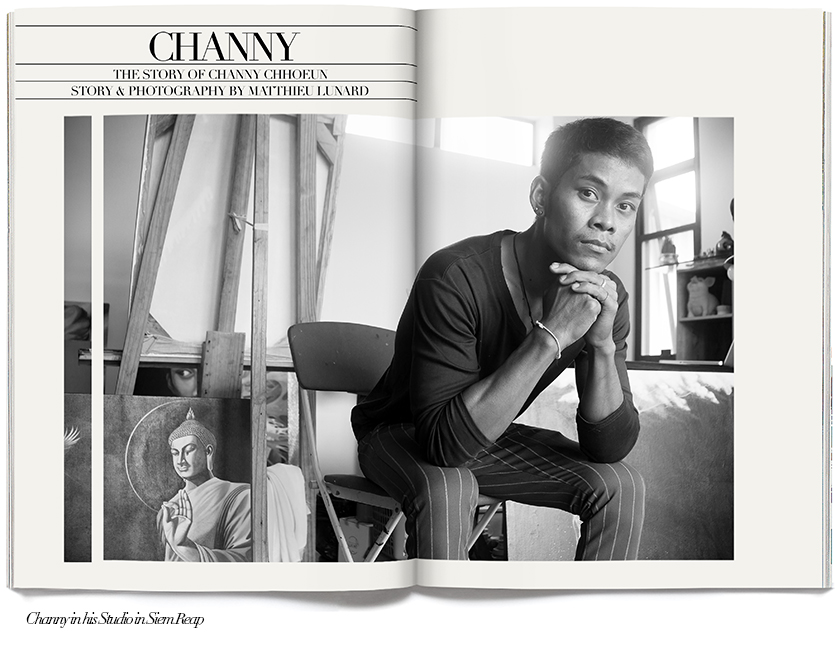 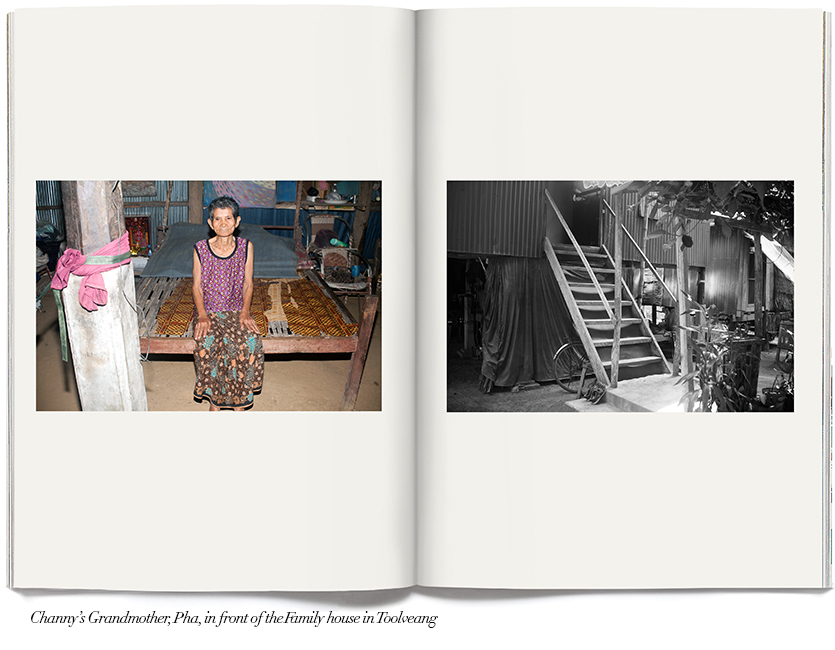 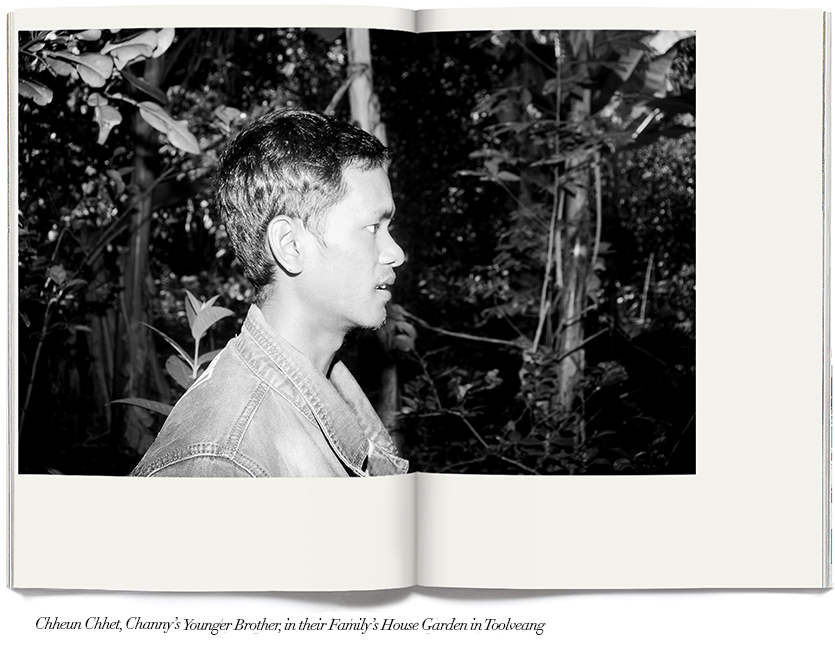 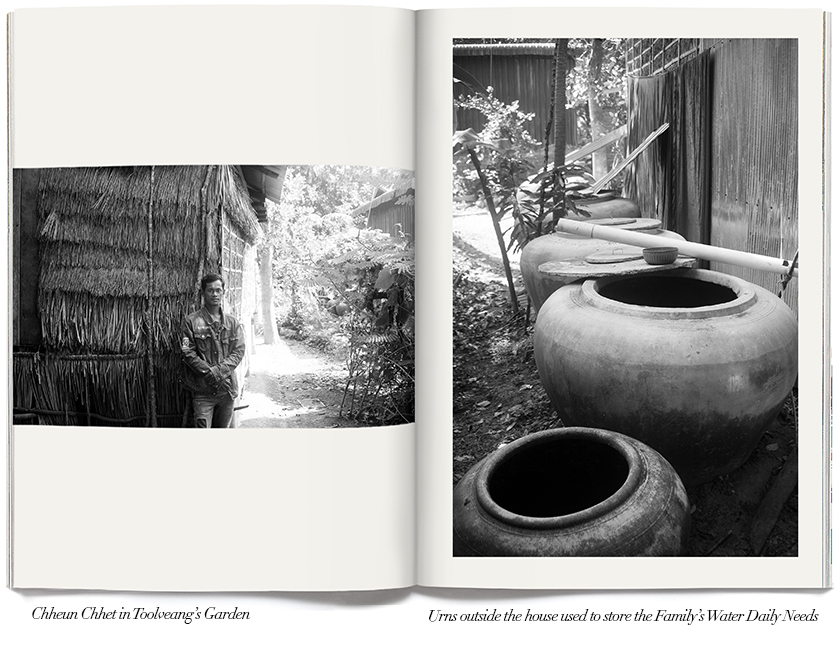 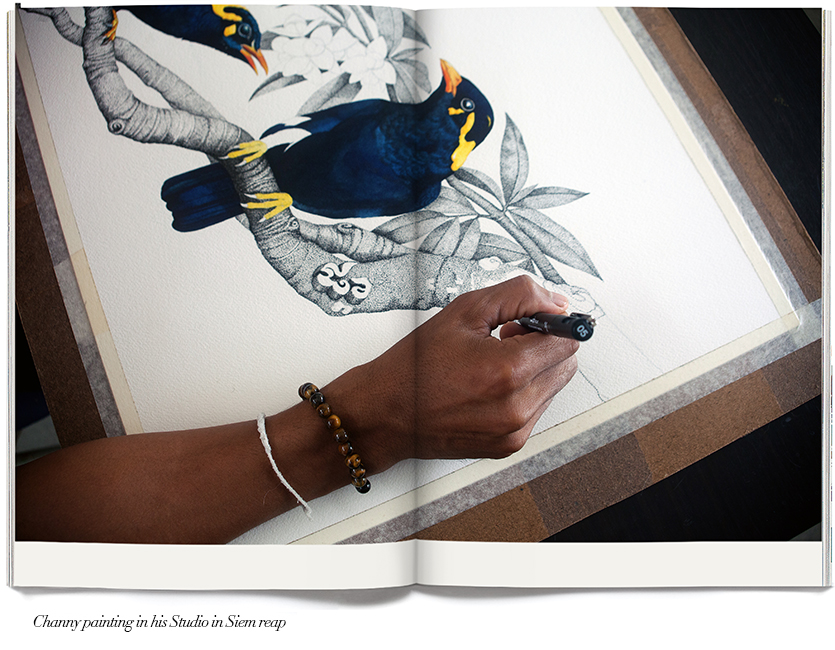 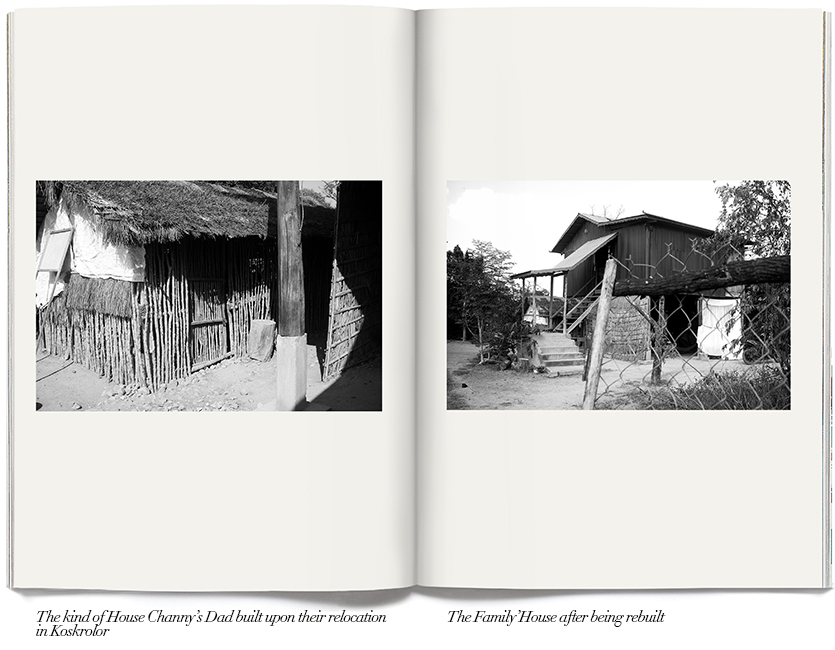 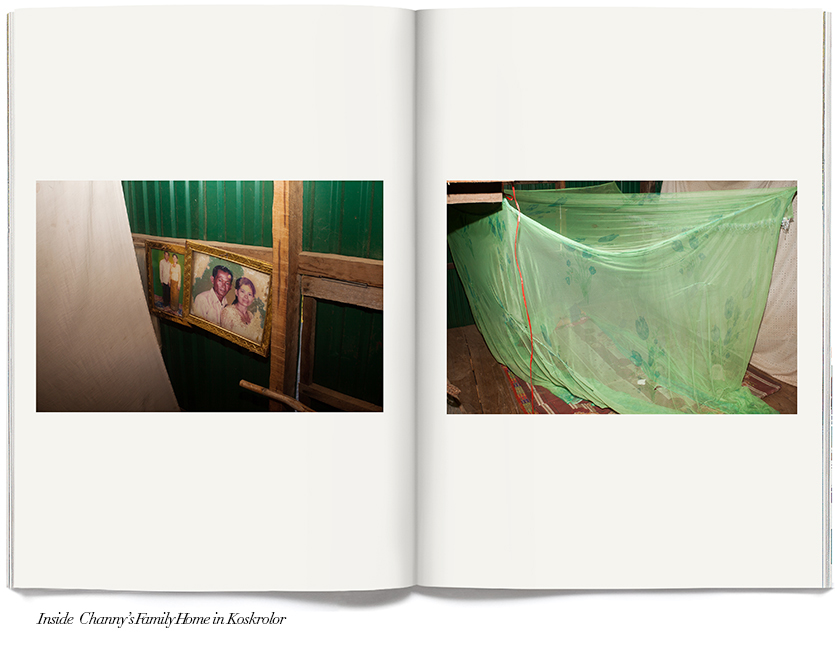 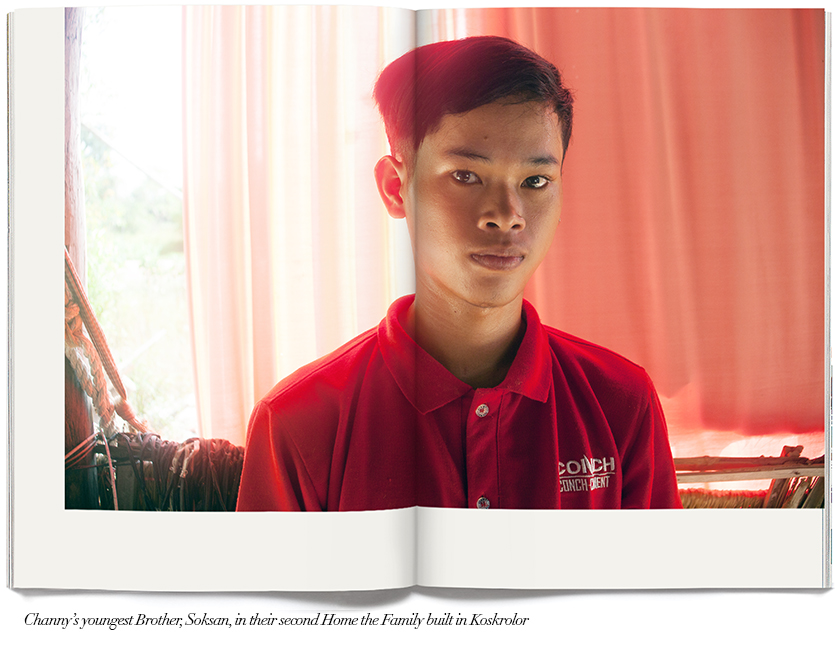 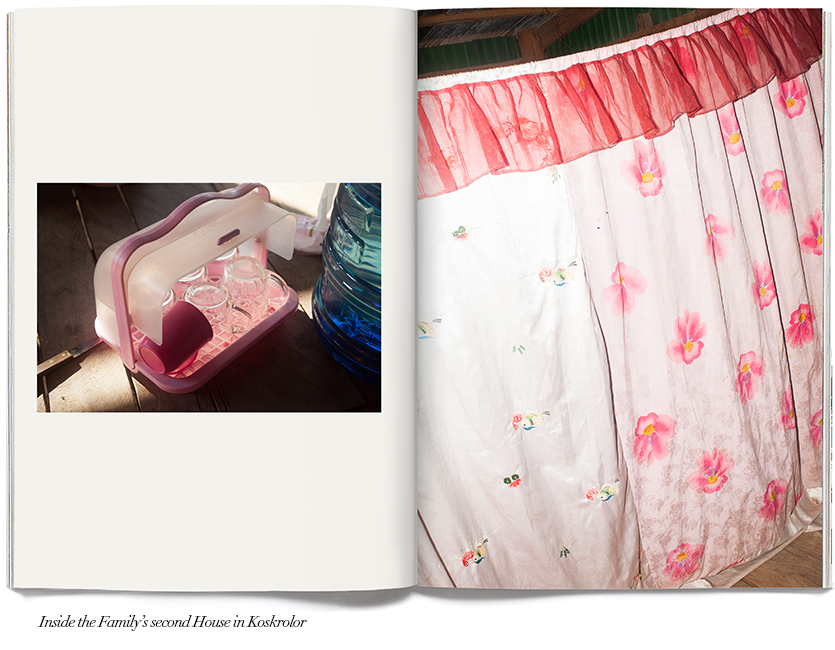 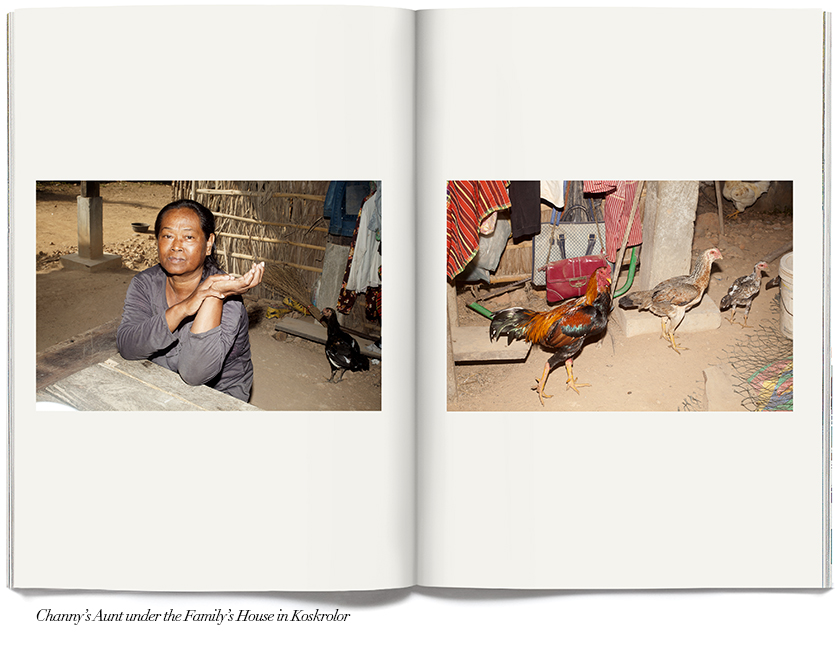 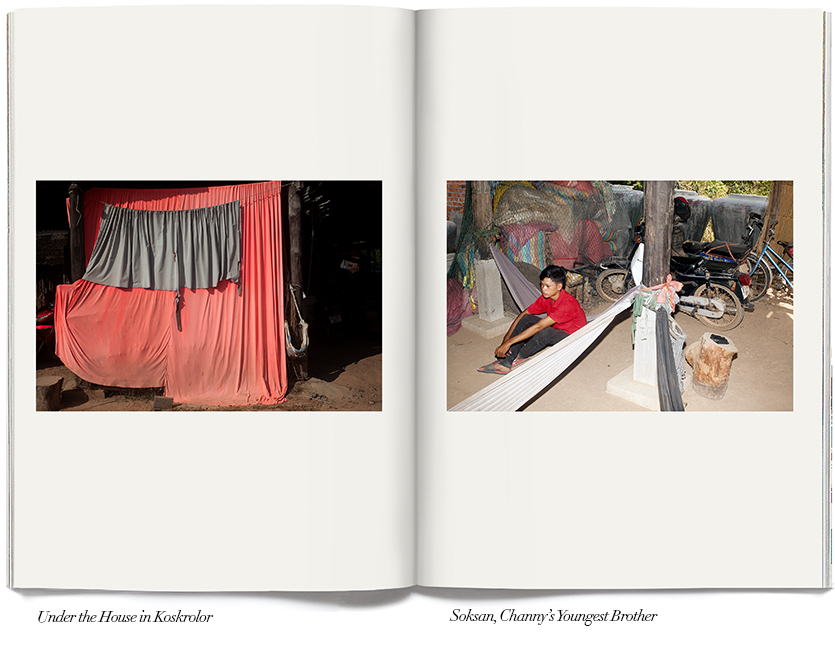 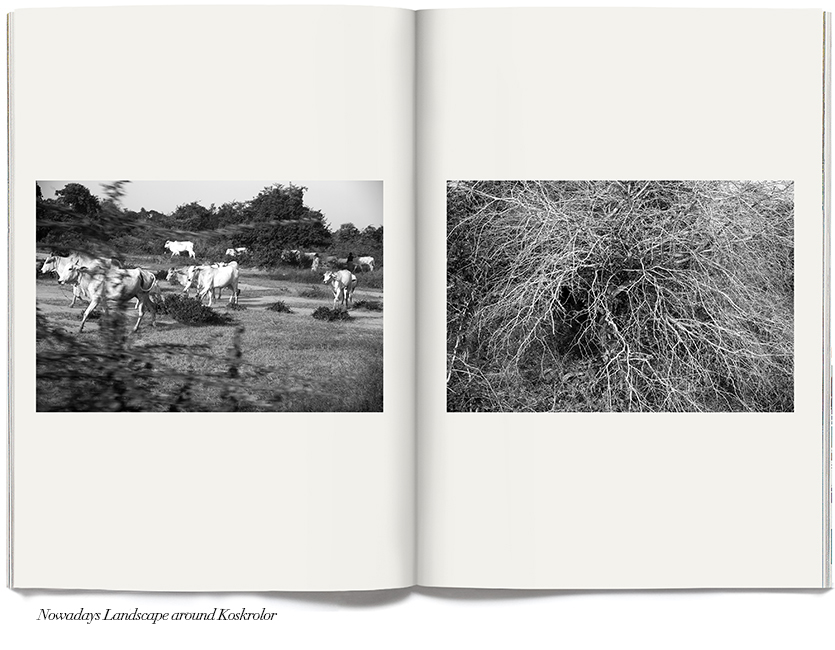 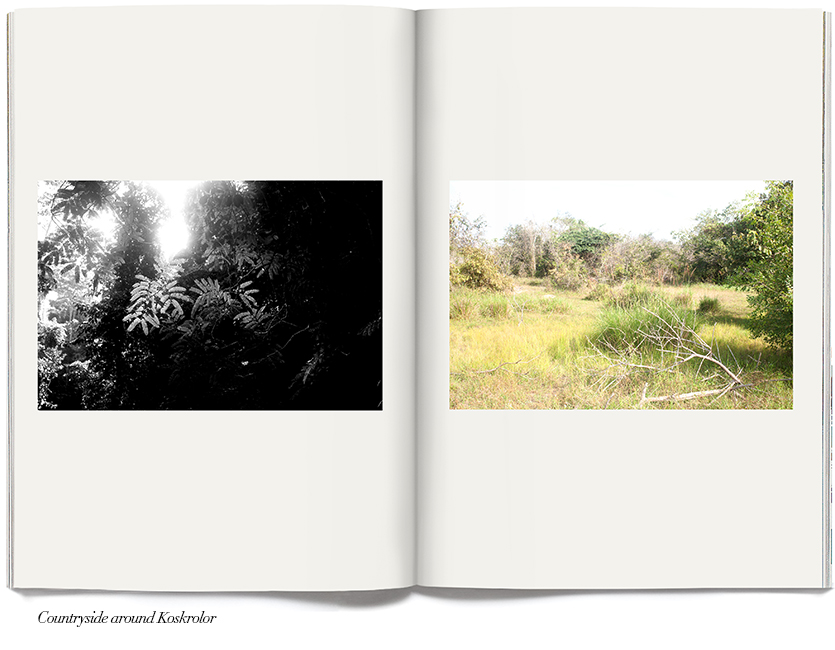 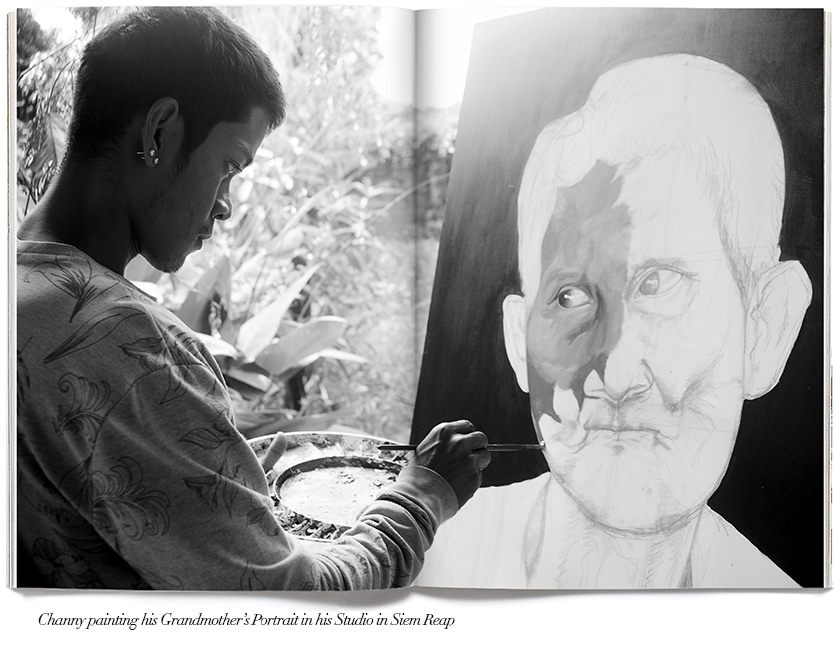 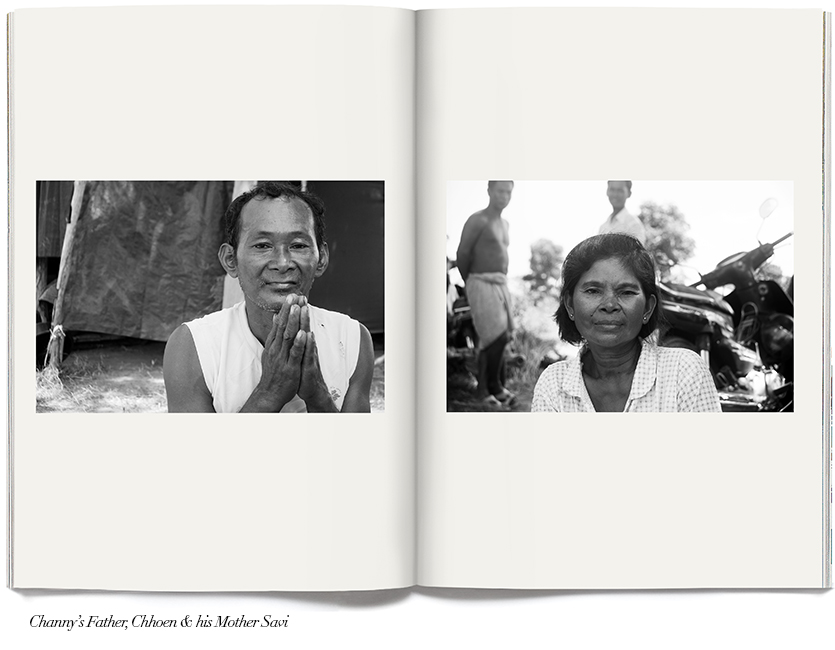 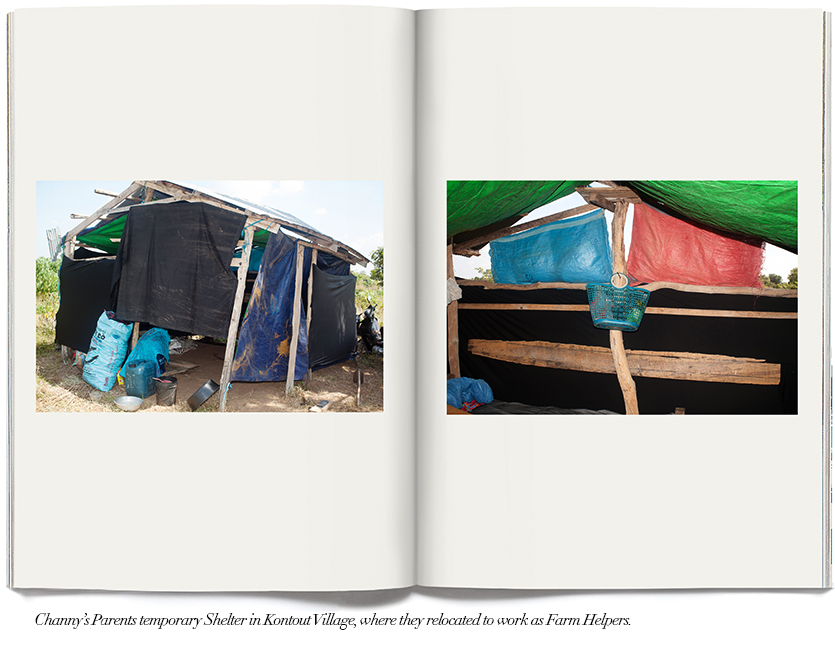 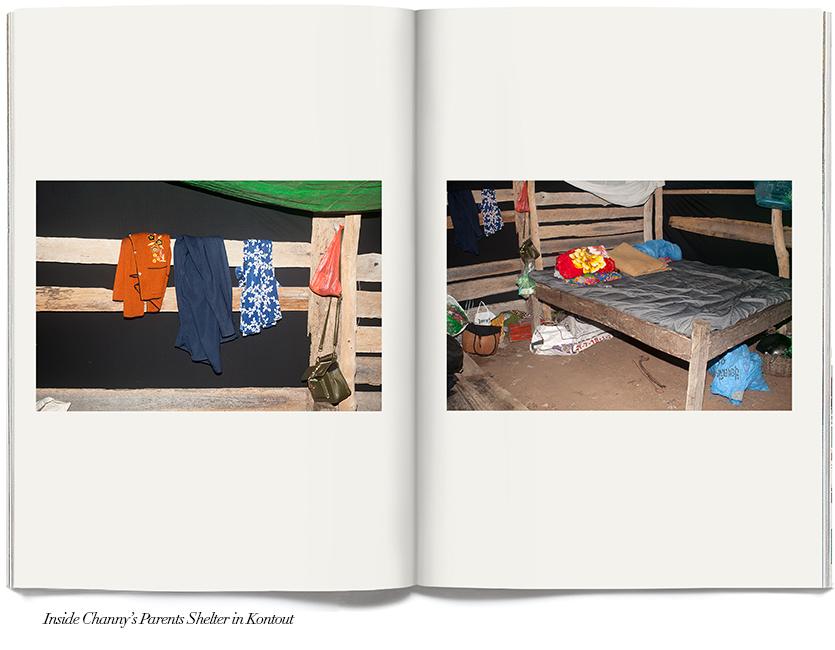 Channy is a professional painter whose skills have made him prolific in the Cambodian contemporary art scene. His art mainly focuses on birds, for which he has a passion, but also on the impact of humans on the environment, inspired by and mixed with religious symbolism and iconography. Despite Channy’s recognition as an artist today, the story of how he became who he is today was not without challenges. Channy’s story follows a personal narrative of loss and recovery, in which knowledge and skills were both their strength and their demise.

Channy was born in 1988 in Toolveang, near Battambang, his father’s birth place. His father, Chhoen, who was born in 1960, was a former drummer and singer in the Khmer traditional music ensemble, a family heritage of skills passed down from one generation to the next. He met Channy’s mother, Savi, when she came to work in a farm near his father’s village. When the civil war, a regime during which artists and musicians were systematically tortured, killed, or forced into labour camps, came to an end, he returned from the refugee camp near the Thai border. Following an era during which music and the arts had almost been completely erased, were it not for the survival and memory of some, there was no work for him to resume his musical career. Moreover, he and his wife having no qualifications for desk work or business entrepreneurship, they turned to farming and taught themselves how to pursue this livelihood for their own survival.

The problem was that at this time there was no land available in Toolveang. In the beginning of 1998, the government provided the family with a piece of land in Koskrolor, an area of wild jungle where they had to start living from scratch. Channy’s father and his aunt went first to start clearing the area to build a home and grow crops. Channy and the rest of the family -his mother, grandmother and his three siblings- followed at the end of same year. When they arrived, they came to a shelter that his father had already started building with his own hands. The family had to adjust to living conditions they had never experienced before. Lacking the traditional skills and knowledge to build a house, they were sleeping on a bamboo bed, surrounded by tree sticks that could not even be bound together tightly enough to create a wall to protect them from the wind and the monsoon rains. The area was prone to attacks by wild animals: at night, they could hear tigers growling; the seven families who moved there lit fires at night to keep the wild animals away. There were was no hospital, temple or school within reasonable access. If any of them had been bitten by a snake, the only solution was to cut the infected limb with a machete to prevent the poison from spreading. The place was also infested with landmines remaining from the war. In addition to these difficulties, when their crops did not fare well, the family would produce charcoal to sell to the nearest markets on a cow cart.

Before being relocated to these adverse living conditions in Koslkrolor, Channy had been attending school for three years in Tollveang, However, in their new home, there was no school for him to continue his formal education. That is when he started working as a cow keeper for other farmers to help support the family. After six months in the jungle, his father finally found what could be considered somewhat of a school 4 km away from their home, where the pupils were attending classes under a tree. During the rainy season, they would take shelter in a house that a monk had repurposed into a pagoda. In 2000, a small school made of wood was built for the children to attend, and the following year, the government built a cement school which Channy attended until 2005.

Living conditions became increasingly harsher when in 2001 the lake from which they drew their water supply, on which they had been relying for two years to grow their crops, drink and clean, dried up. This was the hardest time they had to face. The government had to send them water from the city, with a restricted allocation of 60 litres per day for each family to rely on for drinking and their personal hygiene. They had no more water to farm. From 2002, during his school holidays, Channy would go with his dad to sell ice cream on the back of a bicycle in Tuellvan.

From a very young age, before moving from Teullvan to Koslkrolor, Channy already felt the desire to paint what he saw. He started by drawing images he had seen on television from Indian and Chinese movies and from the Ramayana epic into the soil. At the age of nine, a temple was being built next to his house, and on his way back from school he would go and observe the artists who were painting the temple’s murals. He would stare and try to remember each and every detail so that he could later reproduce these designs in the sand.

He bought his very first painting materials when he started to sell ice cream. Without any technical or material knowledge, he bought oil paints and paper, a difficult combination of mediums, especially for a beginner. One day, on his way back from Tuellvan to Koslkolor, a girl in a lorry that he was riding fell ill; she tried to throw up out the window, but the wind brought her vomit back inside, soiling some of the paintings he was carrying with him. As he was desperately trying the clean his art works, an art teacher noticed his pieces. Impressed with his work and skills, he recommended him to go to art school in Phnom Penh, which was impossible for Channy to pursue, as he needed to stay near his family and did not have the money to move there. The teacher then mentioned the Phare School of Art in Battambang.

That was the first time he had heard of the school. Then, whilst on a trip to sell ice cream in 2005, his father saw a programme on television mentioning the Battambang Phare school, which prompted him to enrol Channy there in 2006. Channy graduated in 2013.

Channy’s story is an extraordinary narrative of recovery after loss, of artistic and creative revival after erasure, of self-learning. It is a reflection of the Cambodian people’s collective resilience in how their culture is capable of leading its own renaissance once its apex has collapsed.